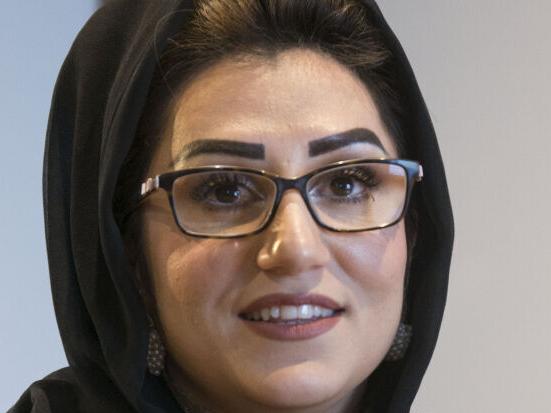 Sadina Rasooli will be working here as the case manager for refugees from her home country of Afghanistan. 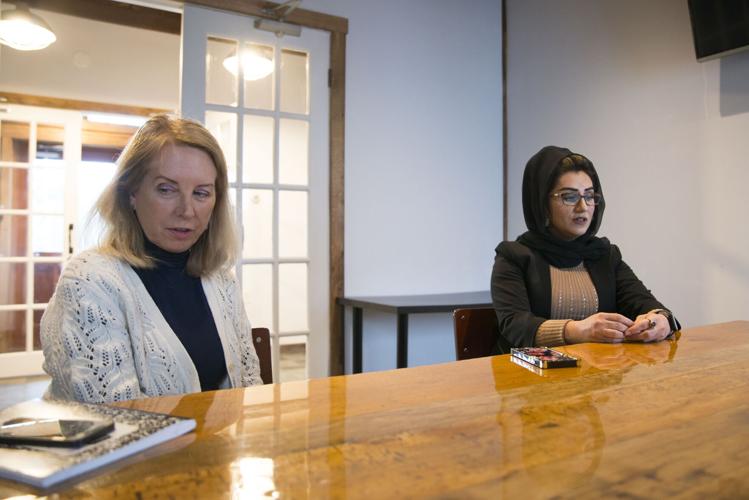 Sadina Rasooli, right, originally from Afghanistan, looks forward to helping others make that transition. With her is Yvonne Lodico, the founder and director of Grace Initiative Global, the nonprofit working to welcome refugees to Southern Vermont.

Sadina Rasooli will be working here as the case manager for refugees from her home country of Afghanistan.

Sadina Rasooli, right, originally from Afghanistan, looks forward to helping others make that transition. With her is Yvonne Lodico, the founder and director of Grace Initiative Global, the nonprofit working to welcome refugees to Southern Vermont.

MANCHESTER — Being in a new country away from family isn’t easy.

But Sadina Rasooli, who will be working here as the case manager for refugees from her home country of Afghanistan, has found the local landscape welcoming as she begins her new life — and looks forward to helping others make that transition.

Rasooli, 26, said she’s been touched by the kindness of people helping her settle into her job as case manager for Grace Inititive Global’s refugee resettlement efforts. She moved here from Virginia, where she had settled after seeking asylum in the U.S. about four years ago. She enjoys traveling and learning about different people and cultures. And she’s ready to giving gardening a try.

“I know it’s a huge step for me to move from Virginia to here,” she said. “But I love to be starting a new life here. And Yvonne [Lodico] spoke highly about community life in Vermont, and since I’ve come here, I can see that. People here are so nice and more importantly, very helpful.”

“I find myself very comfortable here. And it’s a beautiful place.”

In particular, she loves the mountains, especially the view from Merck Forest and Farmland in Rupert. And she appreciates the lack of sprawl in Vermont compared to the suburbs of Washington, D.C.

Rasooli’s arrival in the Northshire — she’s been here about a week — comes as the resettlement project gears up to welcome refugees to the area. Lodico, the founder and director of Grace Initiative Global, the nonprofit working to welcome refugees here, said the Dorset Historical Society has kindly offered its space to the incoming Afghan community on Fridays for Muslim prayer services. And volunteers are working on sourcing halal food, or permissible, within Islamic law for the new residents.

Where the initiative needs help now is in finding housing for the refugees, Lodico said. Those who can help should reach out at grace-initiative.org or call 802-430-5135.

The role of case manager seems custom-made for Rasooli, given her work experience and affinity for people. She said she is looking forward to helping people resettle and “start a new life and a new journey.”

Her work in Afghanistan, with nongovernment organizations like Care International and ActionAid, focused on helping women empower themselves and achieve financial independence. With Care International, she worked closely with women who had lost their homes and husbands in the war.

“They needed help financially, so we provided awareness programs, and also gave them some education trainings that will empower them to live in the community,” she said. “At the same time, they will be able to be financially independent and take care of their children.”

Rasooli sought asylum when visiting the United States for a conference several years ago, when it became clear she was no longer safe doing that work in Afghanistan.

“Especially when you’re female and educated and working in an internationally diverse community,” she said.

Lodico said Rasooli quickly became the lead candidate for the job of case manager, given her experience.

“I just had really good feelings about her,” Lodico said. “It’s not just finding someone — it’s finding someone that people will like and will help ease this whole new cultural transformation for all of us.”

That comfort in helping comes from her family, but also from her Muslim faith, she explained.

“As a Muslim, when you’re grown up it is something which is traditional ... helping other people brings us comfort,” she said. “We love sharing space, sharing food and helping people.”

The situation back home is difficult and dangerous. Rasooli’s father worked for the former Afghan government, her mother worked in education, and her siblings were in roles connected to the United States’ efforts in the country. They’ve been hiding from the Taliban and trying to get out of the country — so far, without success.

Years of war, and the Taliban’s ascent to power, have left Rasooli with unhappy memories of her childhood. She remembers that when she was still a child, the Taliban would come to her home looking for her father.

“I remember when the Taliban came [to power] the first time, my father had to escape and go to another country,” she said. “I know how many challenges me and my mother had at home — I remember my mother was suffering so much. All we saw is war.”