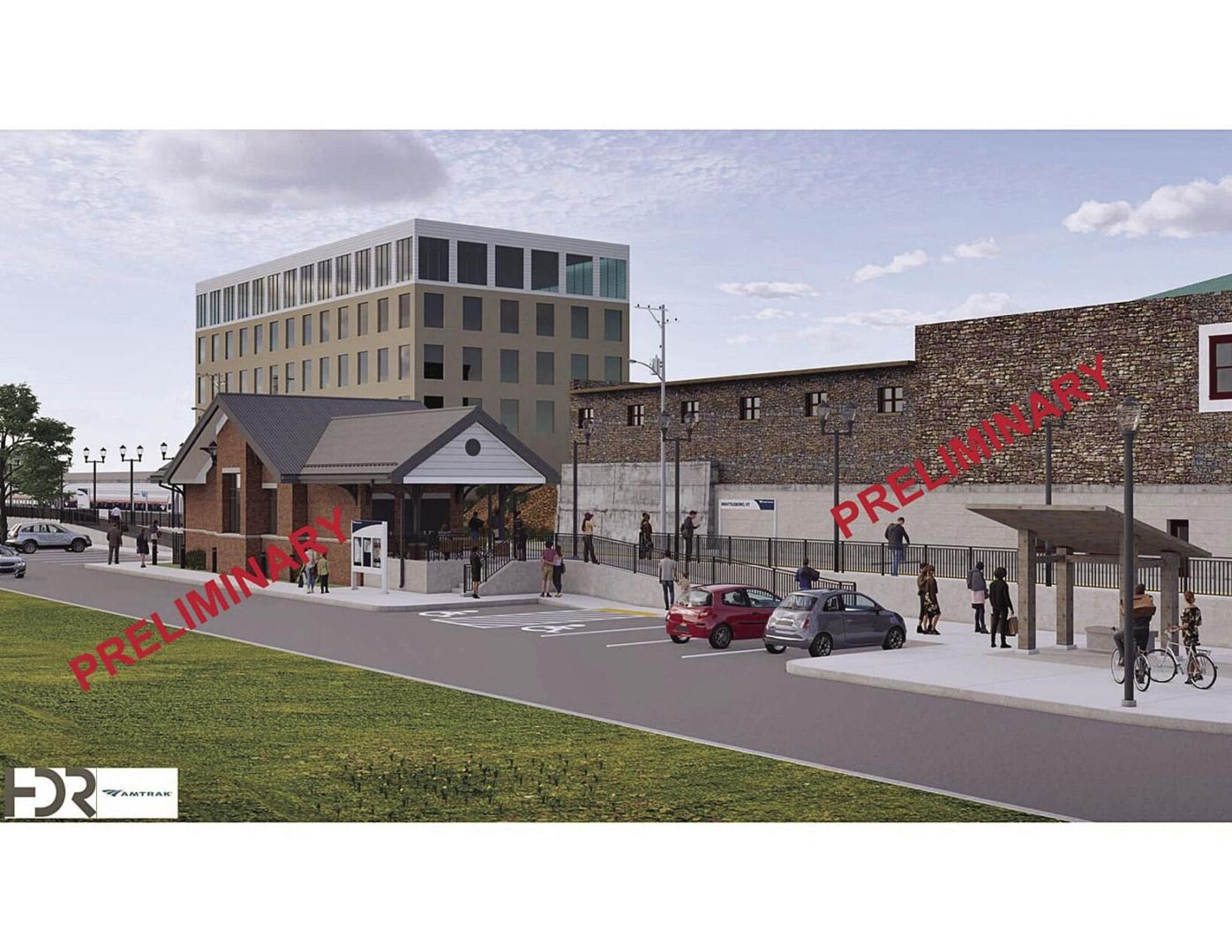 A rendering of the new Amtrak station and parking spots proposed for Depot Street in Brattleboro. 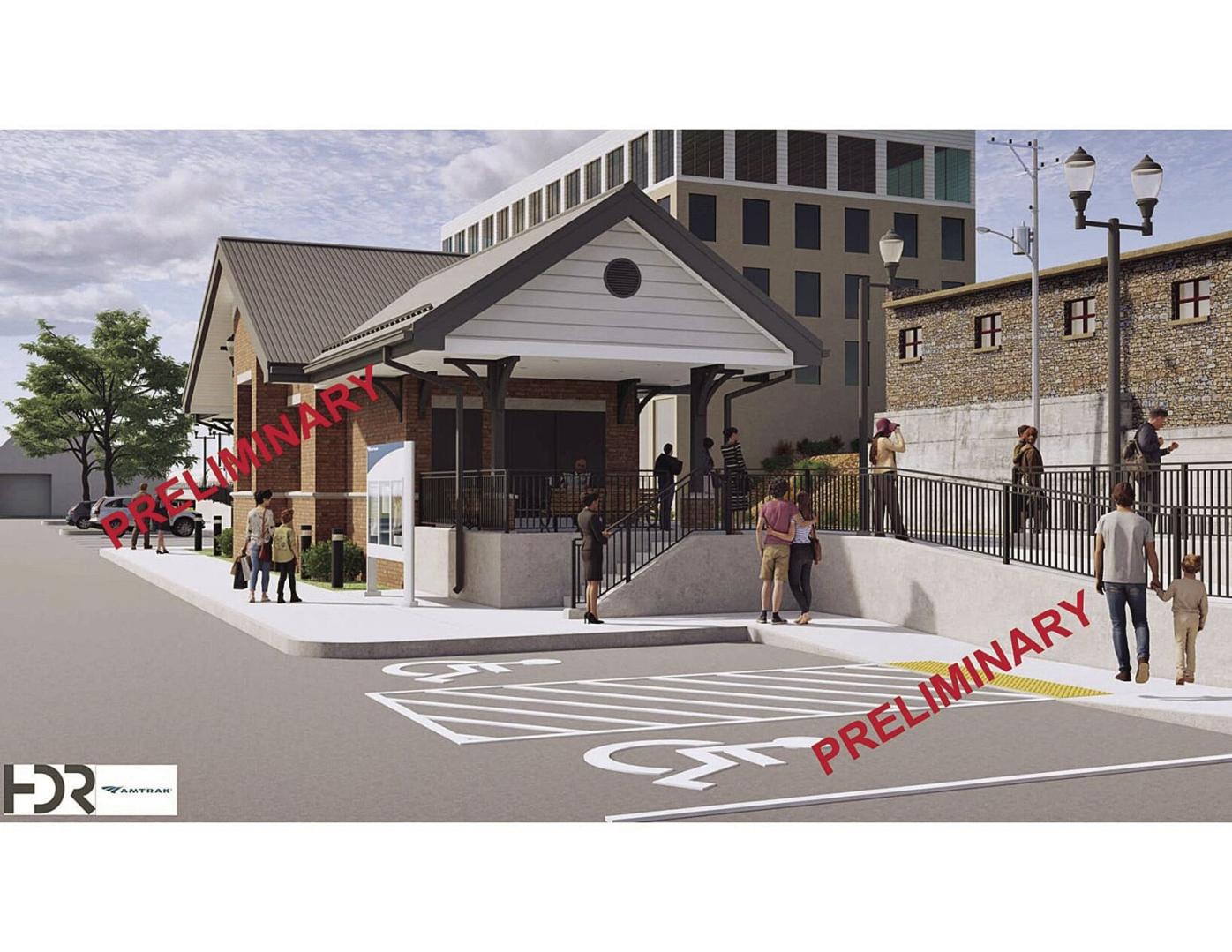 A rendering of the new Amtrak station and parking spots

A rendering of the new Amtrak station and parking spots proposed for Depot Street in Brattleboro.

A rendering of the new Amtrak station and parking spots

BRATTLEBORO — As part of the new train station Amtrak plans to build, the town is taking on a project that will net an increase of 25 parking spots in the Depot Street lot.

The new station is scheduled to be constructed in early 2022 on the east side of the existing railroad tracks. Amtrak is expected to spend $4.5 million on the project, and the town will lease and maintain it.

“It’s been a long time in the making,” Town Manager Peter Elwell said at the Select Board meeting held remotely Tuesday.

Assistant Town Manager Patrick Moreland said a study had found all of Amtrak’s stations across the U.S. were considered accessible by Americans with Disabilities Act standards except Brattleboro’s.

The current station is in the basement of the Brattleboro Museum & Arts Center building. Moreland said the town had a “handshake agreement” for renting it and had obligations to bring the station into compliance.

The new station is designed to have the first level-boarding platform in Vermont, at 4-feet tall and 345 feet long. The boarding platform also will be heated to melt snow, a feature advocated for by town staff.

On Tuesday, the Select Board authorized town staff to “move forward expeditiously” on plans to modify the Depot Street parking lot next year. The plan is to relocate 10 spaces that would be lost when the station is being made and add 25 more.

“The building of the station and the surrounding construction area will consume the parking spaces currently located in that location,” an administrative report states. “Staff is proposing to increase the number of parking spaces in the lot by expanding into area where the Archery Building is now located.”

The price tag for constructing the parking lot and demolishing the building is anticipated to be about $365,000. At annual Representative Town Meeting in 2019, reps approved spending $250,000 on capital improvements related to the ADA.

Town Attorney Bob Fisher said the unspent money could be used for the parking lot project because it achieves the same purpose.

“We’re just doing it a little differently than we initially planned and I’d argue in a fundamentally better manner,” Moreland said.

Town staff plan to seek a state grant, which will come before the Select Board at future meetings for authority to apply and potentially accept. Moreland said the grant is “specifically intended for new development that facilitates transportation infrastructure in Vermont’s designated downtowns, and that’s what this is.”

The hope is to go to construction on the parking lot in September or October to avoid getting in the way of work on the new station. The parking lot is anticipated to take about six to eight weeks to complete.