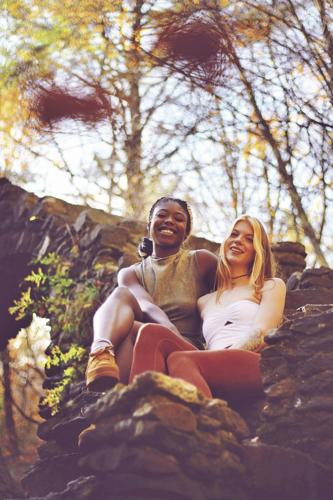 From left, Julia Baccellieri and Shastin Joynt of Third Eye Collective secured funding to lease a warehouse in Brattleboro to host a multimedia studio. 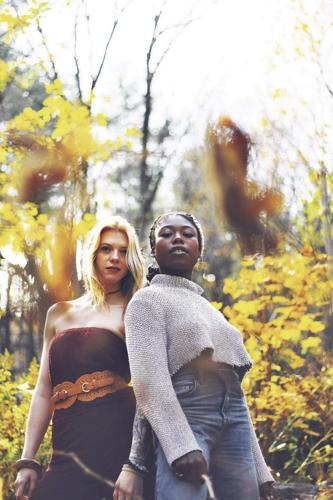 Julia Baccellieri (right) and Shastin Joynt (left) are looking to lease a warehouse in Brattleboro to host a studio.

From left, Julia Baccellieri and Shastin Joynt of Third Eye Collective secured funding to lease a warehouse in Brattleboro to host a multimedia studio.

Julia Baccellieri (right) and Shastin Joynt (left) are looking to lease a warehouse in Brattleboro to host a studio.

BRATTLEBORO — An art collaborative wants to turn a warehouse on Old Ferry Road into studio space for circus arts, dancing, photography, and playing and recording music.

“It’s a nice perfect warehouse, a good size just for us,” said Shastin Joynt, a photographer and videographer who lives in downtown Brattleboro.

The group started a crowdfunding project to cover initial rent payments and a security deposit at kickstarter.com/projects/532685987/ a-collective-artist-space. Joynt and circus artist Julia Baccellieri are leading the effort and plan to put their names on the lease.

One just inherited a bunch of recording equipment and plans to install it in the 1,100-square-foot space that members of the collective are eying for their studio, Joynt said. But if $3,300 or more on kickstarter.com isn’t raised by Jan. 20, they won’t get any of the funds from the site.

Joynt said Kickstarter promotes its service by creating more urgency for fundraising campaigns. Although now, her group is worried they won’t have access to the $857 that had been raised through the site as of early Sunday afternoon. They’ve also been having bake sales.

The decision to use Kickstarter rather than other means is described on their page.

“We wanted to not be seen as a charity, but rather a dream that can be supported by our peers,” the page states. “We can only do this if we hit our full goal! We will be able to make rent monthly after we move in, our only challenge is the move in costs!”

Joynt said she has been involved in photography and videography for about three years now, and Baccellieri has been in circus arts since she was a young child. They were part of a group of DJs and performing artists that put together monthly shows at The Stone Church called Church of Bass until the COVID-19 pandemic stopped them out of safety concerns.

While they hope to eventually host shows at the warehouse, their focus for now will be on recording and rehearsing. Joynt expects others to join the collective.

“We definitely have a group forming now,” she said, adding that they will rent out time slots and make the space “safe and sanitary” with as few number of people inside as possible at once during the pandemic.

Joynt said the studio will be available for those who want to use it alone. The hope is to move in Feb. 1.