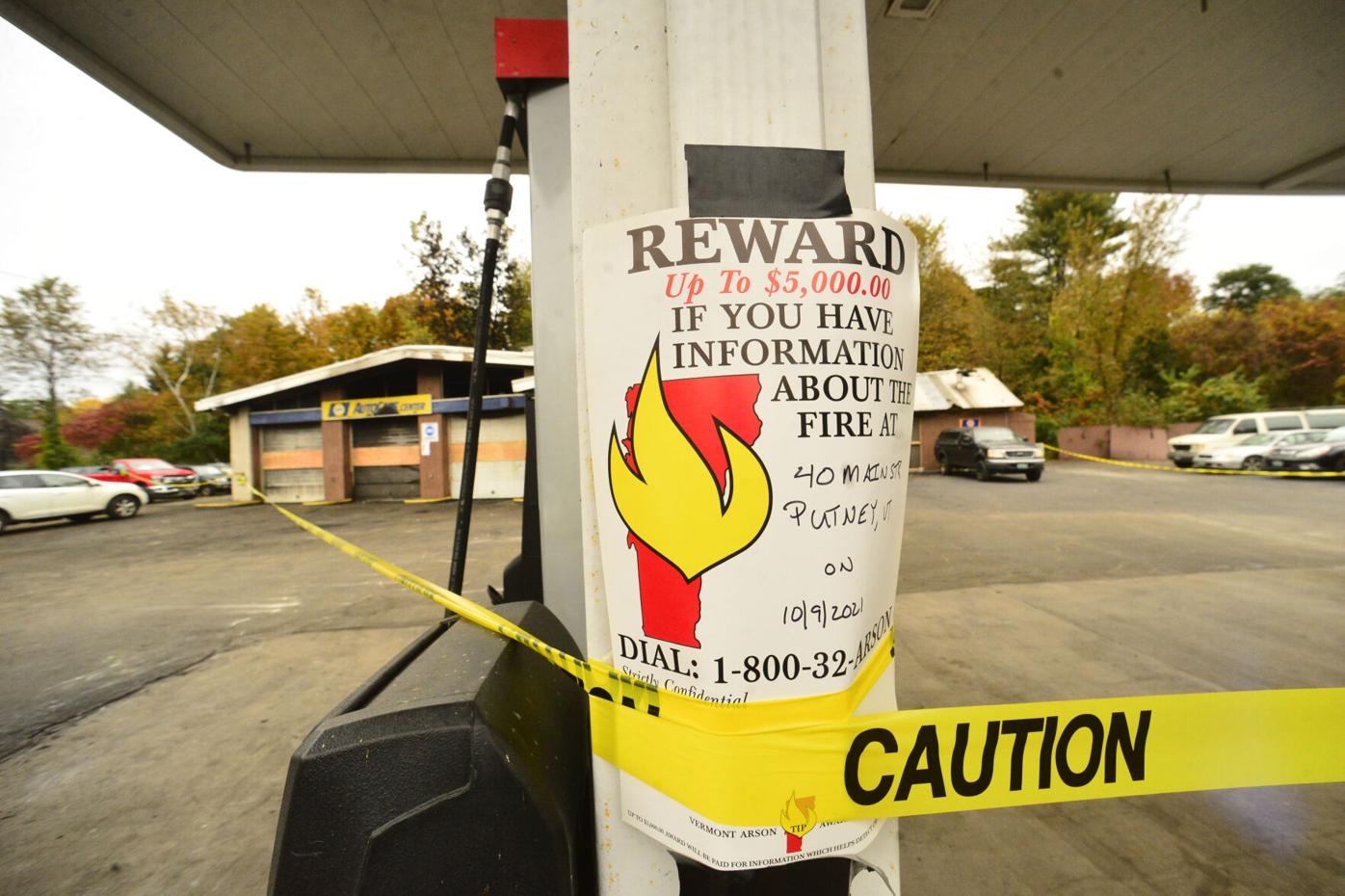 An award sign was posted at the gas pumps of Rod's Towing & Repairs, in Putney, seeking information leading to the arrest of the person who started the suspicious three-alarm fire that destroyed sections of the building on Oct. 9. 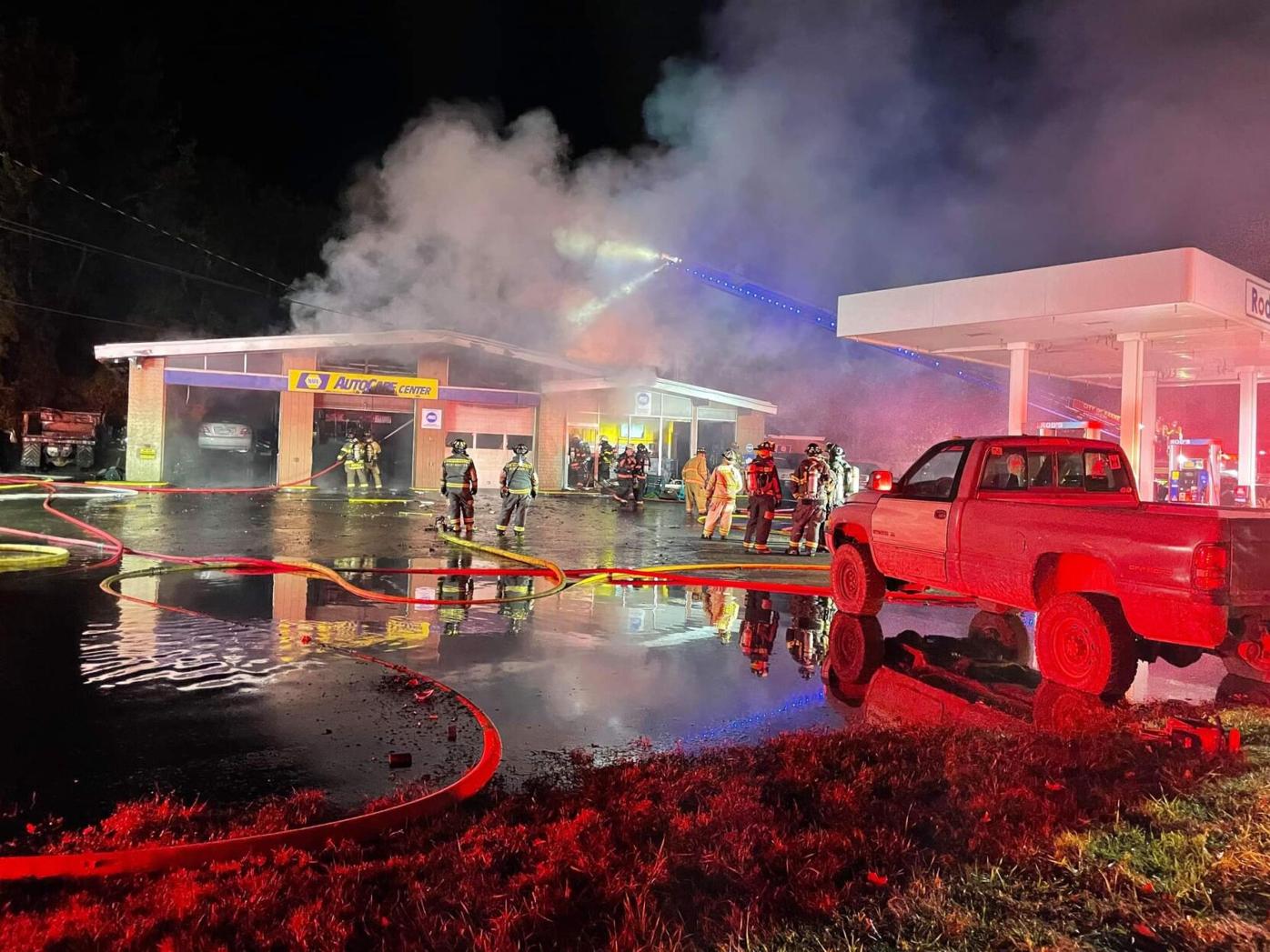 A suspicious fire early in the morning of Oct. 9 caused an estimated $250,000 worth of damage to Rod's Towing & Repairs on Main Street in Putney.

An award sign was posted at the gas pumps of Rod's Towing & Repairs, in Putney, seeking information leading to the arrest of the person who started the suspicious three-alarm fire that destroyed sections of the building on Oct. 9.

A suspicious fire early in the morning of Oct. 9 caused an estimated $250,000 worth of damage to Rod's Towing & Repairs on Main Street in Putney.

Greg and Julie Winchester were there for her and her Putney Diner when the pandemic hit last year, she said.

Now that a major misfortune has hit the owners of Rod’s Mobil in Putney, Maksakuli said it’s her turn to help friends.

“When the pandemic hit, they were here every day, or ordering take out,” Maksakuli said. “They kept it local. They kept us afloat and it’s time to return that favor.”

“They were always there for us. They are amazing people,” Maksakuli said Wednesday.

Maksakuli and other Putney businesses have banded together to help the Winchesters, the long-time owners of Rod’s Towing and Repairs, whose business was gutted by an arsonist almost two weeks ago. Since then, the Putney community, shocked by the damage done to a vital Putney business, has rallied to help them in large and small ways.

The fund raising dinner will be held Sunday evening at Next Stage Arts in downtown Putney, while Maksakuli and the staff at the Putney Diner, along with Mike Cosco of the Putney General Store will put on the buffet dinner. The dinner starts at 6 p.m., and will run until 9 p.m.

There is limited seating inside, and people can fill their provided take out containers, Maksakuli said. People are asked to wear masks, she said.

The menu includes clam chowder, salad, lasagna, both meat and meatless, pork loin, macaroni and cheese with broccoli, and apple crisp for dessert. She said she is expecting between 200 to 300 people. “We can cook volume,” she said.

There is no set price for the benefit, just what people want to contribute, she said. All the money from the dinner will go to the Winchester family to rebuild their business, she said.

Many Putney area businesses have contributed food for the dinner: Adam’s Seafood, which is providing clam chowder; Harlow’s Sugarhouse, which has donated cider and apples; the general store is providing rolls; Sandri Fuel is providing drinks, and “more than enough” people have volunteered to help, Maksakuli said Wednesday. “It’s a group effort,” she said.

Rod’s Towing and Repairs was heavily damaged in the fire which broke out shortly after 1 a.m. on Oct. 9, and Vermont State Police have labeled the fire arson.

The Winchester’s daughter, Lyndsey Winchester Ravenna, said Wednesday that the family is overwhelmed and heartened by all the love and support her family has received.

Ravenna said that her parents are negotiating with their insurance company, and it now looks like there are gaps in their coverage. Some of the garage’s tools are not covered by the insurance.

“There’s a little bit of a shortage in insurance,” she said.

She said the family hopes to start rebuilding this fall, although she said a more realistic timeframe might be the spring.

She said it now looks like the three bays can be rebuilt and won’t have to be demolished, but she said the rear of the station has already been torn down. That was where the fire started.

She said the family’s spirits are improving after the blow. But she said police investigators have not talked to them about the status of their investigation. There was another suspicious fire in Putney the weekend before, when a home was destroyed. In both cases, no one was hurt, but police called it arson.

Her family is working to get the gas pumps working, and she said a mobile office is expected to arrive on Thursday, which will give the family a place to work and answer the phones.

Her sister and mother have been largely working from home, she said.

She said that Benedict Enterprises, a contractor and friends of the family, have put its other jobs on hold to help the family.