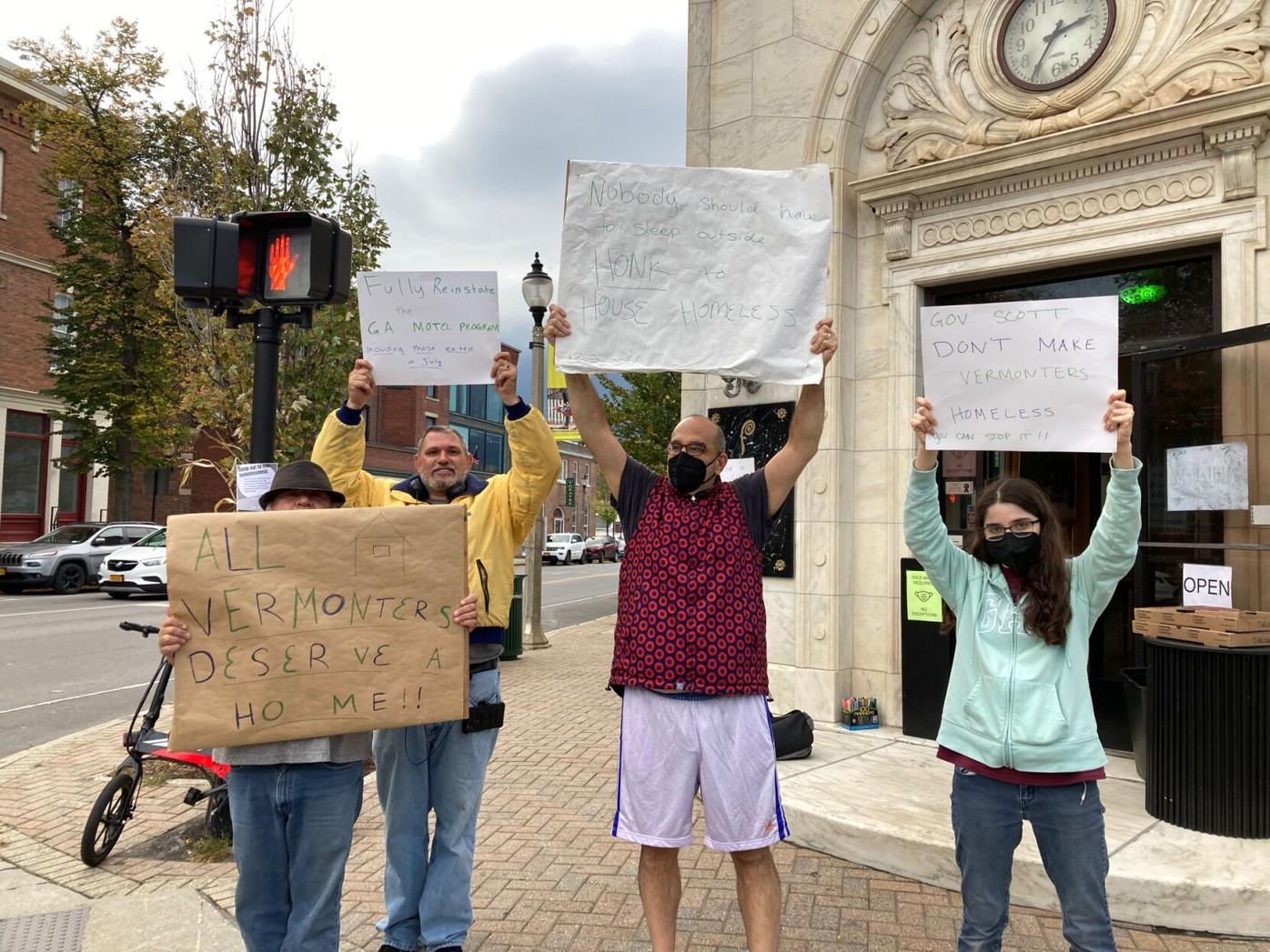 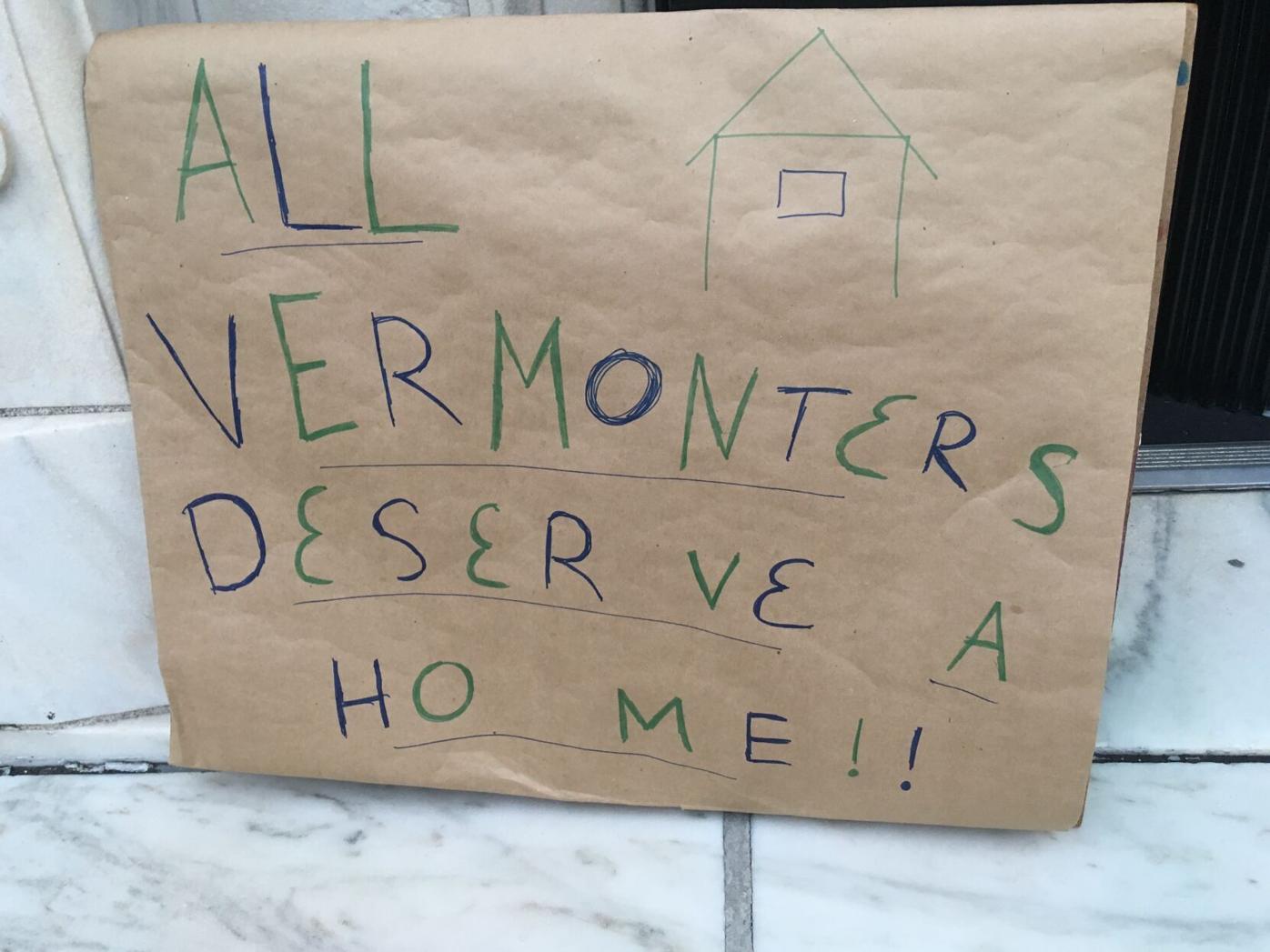 A group of Bennington area residents on Saturday protested the potential cancellation of the state's motel voucher program.

A group of Bennington area residents on Saturday protested the potential cancellation of the state's motel voucher program.

BENNINGTON — A small group of advocates rallied Saturday in downtown Bennington to call on Gov. Phil Scott to extend homeless benefits for those at risk of losing motel housing vouchers on Thursday and ending up on the streets.

“We had a mixture of young people, a legislator and people experiencing homelessness,” said 17-year-old Addie Lentzner of Bennington, who organized the afternoon rally. Lentzner noted that a similar protest was taking place on the steps of the State House in Montpelier, and she wanted southern Vermont to have a voice in that action, as well.

In Montpelier, Newfane resident Brenda Siegel and a group of advocates are camping on the State House steps, calling on Scott to fully reinstate the general assistance motel program for people experiencing homelessness, as it operated last winter. A spokesman for Scott said Thursday that the pause in ending current eligibility, which Scott announced on Sept. 21, will be extended.

Lentzner said that although afternoon rainfall led some of the Bennington protesters to seek shelter, she added, “I felt like that was in a way good because it kind of helped push the sense that some people have to sleep out here in the rain.”

She said young people like herself are joining this protest out of a sense of obligation to take action.

“This is an issue that affects our whole state,” she said. “Some of the youth … we’re not experiencing homelessness right now. But when youth are seeing there are people sleeping outside in the winter or freeing to death outside, we feel like we have to speak up and use the leverage that we have.”

Among those joining Lentzner and holding signs at the rally were her father, Joel Lentzner, and Leo Leslie of North Bennington.

Leslie said it’s critical that the motel voucher program be extended, and that all Vermonters at risk of homelessness receive the support they need.

“It’s too many people out there that need help that aren’t getting it,” he said.

Addie Lentzner stressed that extending the motel voucher program until the funds run out is only a first step in tackling the issue of homelessness.

“This issue doesn’t stop with this solution because the motels are temporary,” she said. “We need to work together to find more permanent solutions, using (federal) ARPA money for affordable housing and transitioning people from the motels to housing so nobody is homeless.”