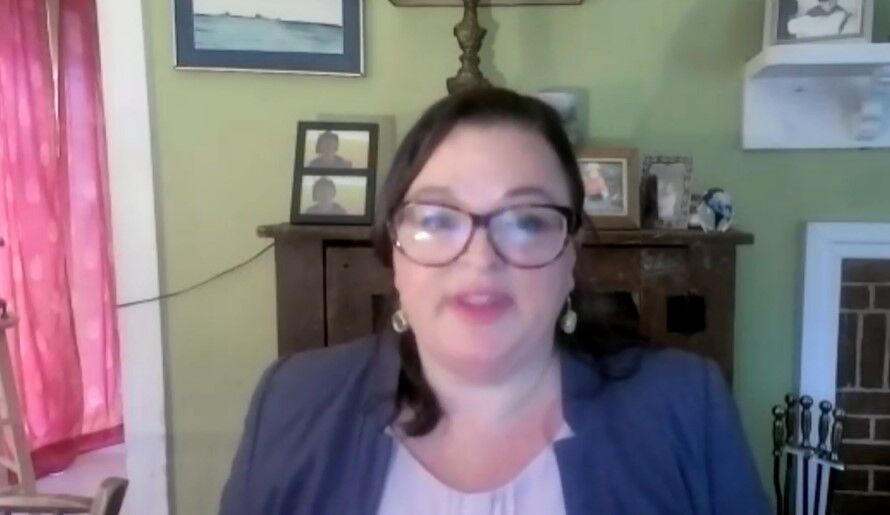 Brenda Siegel of Newfane has called on the Scott administration to extend eligibility for a motel program for the homeless. 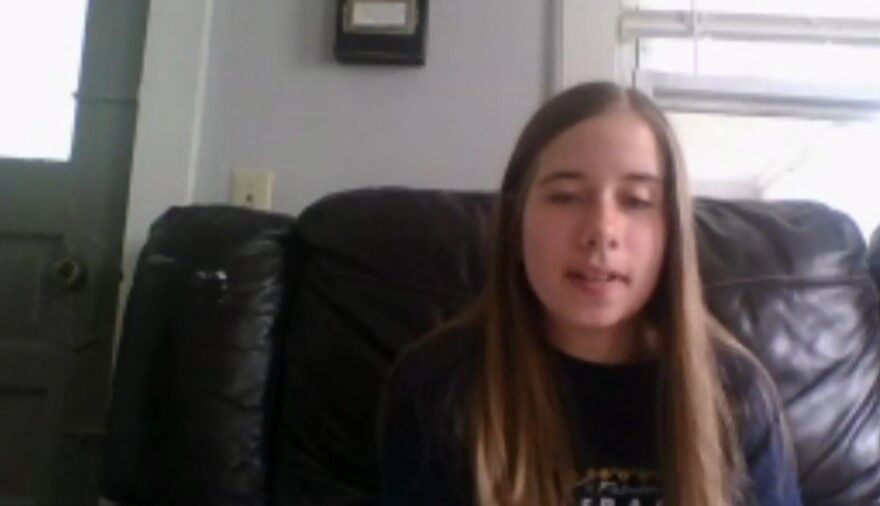 Erica Jansch of Bennington helped organize and took part in a news conference calling on the Scott administration to extend eligibility for a motel program for the homeless. 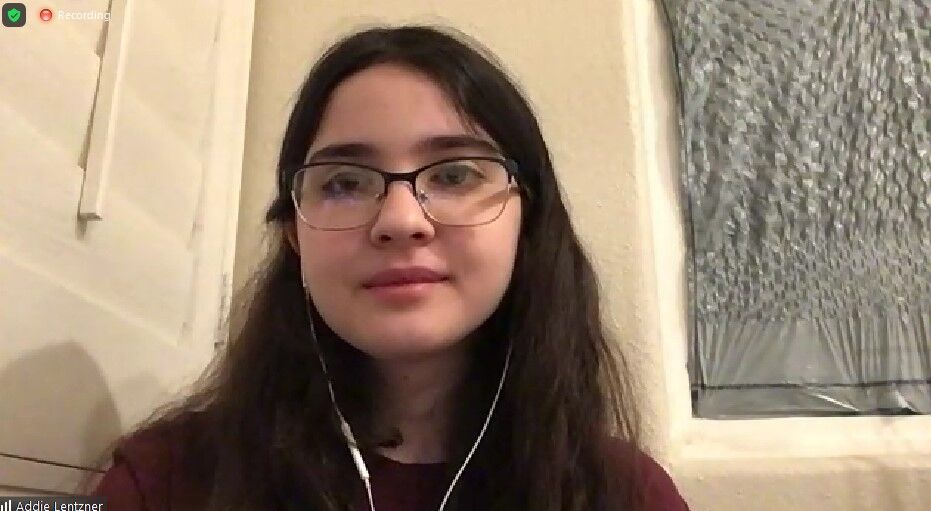 Addie Lenztner of Bennington helped organize and spoke during a news conference calling on the Scott administration to extend eligibility for a motel program for the homeless.

Brenda Siegel of Newfane has called on the Scott administration to extend eligibility for a motel program for the homeless.

Erica Jansch of Bennington helped organize and took part in a news conference calling on the Scott administration to extend eligibility for a motel program for the homeless.

Addie Lenztner of Bennington helped organize and spoke during a news conference calling on the Scott administration to extend eligibility for a motel program for the homeless.

BENNINGTON — A pair of Bennington teenagers were at the forefront of a news conference Tuesday urging calling Gov. Phil Scott to reverse course on changing the eligibility requirements for a program that kept homeless people sheltered in motels during the COVID-19 pandemic.

Addie Lentzner, 17, a rising senior at Arlington Memorial High School, and Erica Jansch, 14, an incoming freshman at Mount Anthony Union High School, were among students speaking during a press conference calling on Scott and the state Agency of Human Services to walk back regulations that took effect July 1.

Lentzner and Jansch organized the event with former gubernatorial candidate and activist Brenda Siegel of Newfane after meeting her at the Governor’s Institutes of Vermont. They are also undertaking a petition drive calling to extend the program and the eviction moratorium, and continue expanded nutrition benefits such as the Everyone Eats program.

“I cannot imagine having the power to ensure people do not wind up homeless and choosing not to use that power,” Siegel said in calling on Scott to extend the program.

Lentzner knew Thierry Heuga, who died of exposure on Feb. 10, 2020 while taking shelter under the Holden Street bridge in Bennington, through her family. She wrote a one-act play about Heuga and his death, “Bridge Theory,” that was performed at his memorial service a few weeks later.

“I think reason I was so pushed to action by his death is because of how he was,” Lentzner said of Heuga, who was sleeping under the bridge in single-degree temperatures because he didn’t have a ride to a motel. “He was very joyous tying to make the best of things kind of person.”

“There are more people like Terry on the streets dying,” Lentzner said, adding that this is just her first step in activism on the issue. “Stopping that endless cycle — that’s the inspiration for this.”

While about two-thirds of the approximately 2,700 persons living in motels since the start of the pandemic have an extended deadline for finding new accommodations, the remainder — about 700 people — faced eviction as of July 1. A class action lawsuit filed by Vermont Legal Aid on their behalf extended that deadline by two weeks, to Wednesday.

During the pandemic, eligibility rules for the program were waived, and the state served about 6,000 people who otherwise had no place to go. The new eligibility rules allow persons who are 60 are older, pregnant, disabled or in a household with children to remain through mid-September.

Lentzner, Jansch and elected officials and advocates speaking Tuesday are convinced the state can and should do more.

“Governor Scott claims to support the most vulnerable Vermonters, But I’m not sure that’s what he’s doing right now,” Lentzner said. “I honestly thought that after COVID we would create a new sort of normal where homelessness didn’t exist.”

Jansch, who attended Monument Elementary School at the same time as Lentzner, met her again during the Governor’s Institute of Vermont’s Youth Leadership Program. She took interest in homelessness issues after doing research on poverty in Vermont during the program.

“By providing shelters and motels we are giving [people] the bare minimum foundation for a future where they can provide for themselves and their families,” Jansch said.

She also challenged Scott to change course. “He has the ability to continue [the program] and give people the foundation they need,” she said.

Jason Maulucci, a spokesman for Scott, said the plan to wind down the motel program was assembled, “at the behest of the Legislature, in collaboration with the emergency housing working group, which included Legal Aid and several advocacy organizations serving homeless populations.”

That group met for hours over several weeks and agreed to the plan, “which was accepted without change by the Legislature and incorporated into the budget that took effect July 1,” Maulucci said.

Also speaking on his own experience was Josh Lisenby of Middlebury, who detailed his struggles over the past 10 years and his removal from a shelter. He said the program allowed him to finally seek treatment for his anxiety, which has kept him from holding down a job, and finally getting eyeglasses.

Speakers highlighted the progress the state made in addressing homelessness during the pandemic, and said the state should no longer accept the status quo having learned that progress was possible. They said the motel program gave people an address so they could get a job, and a permanent residence where case workers could find and help them.

Ram spoke to the state’s resilience following Irene and during the pandemic, and said Vermont “should be able to hold on to the spirit of togetherness and come out of this pandemic with a more equitable recovery.”

“Housing is the basic building block of infrastructure,” Ram said. “We’ve been proud to rebuild bridges and put names on new facilities ... we need to be building housing. That would be the signature way to show we are building back stronger and building back better.”

Vyhovsky said the state proved it could end homelessness during the pandemic and provide people with support. It should not settle for a return to the previous status quo, she said.

“It is a fallacy that allowing people to be homeless saves us money. in Vermont it costs just 43 dollars a day to house someone through this model versus the astronomical costs of some of the alternatives” such as hospitalization and incarceration,” Vyhovsky said. “Given this it is simply a question of if we have the moral fortitude to say that all people’s lives matter enough to invest in them.”

Siegel, who also ran for the Democratic nomination for lieutenant governor in 2020, told the story of her own housing journey. It included landlords who wouldn’t rent to her because of her income, a Section 8 apartment with a landlord who threatened her with eviction if she sought needed repairs, and family members who provided her and her son shelter.

She acknowledged that the motel program has been characterized as a stopgap.

“Yes it is just a Band-Aid, and I have used those Band-Aids. They stop the spiral of disaster,” Siegel said.

“I have now lived in the same house for 10 years and there is never a time I don’t walk up the front steps and feel grateful and relieved. Everybody deserves that relief.”