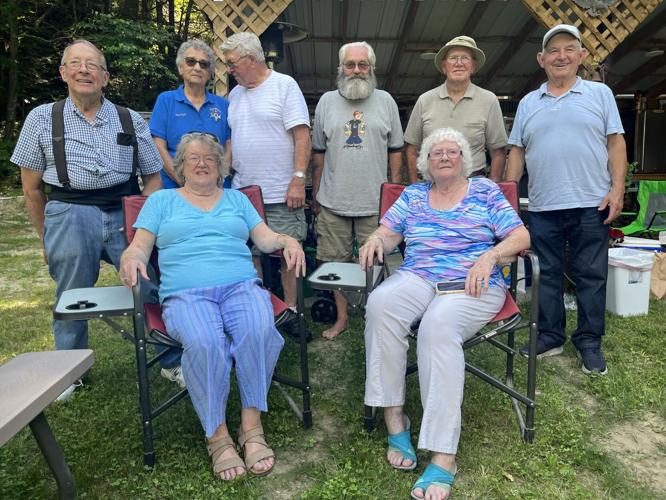 The Leland & Gray Seminary Class of 1956 celebrates its 66th anniversary. 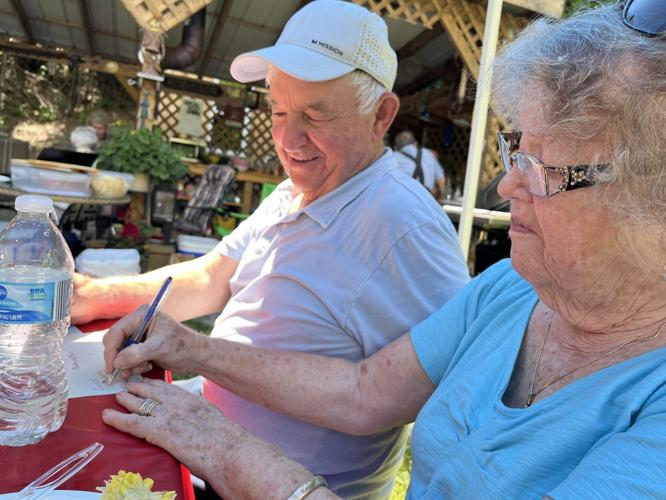 Everett and Kathy Bills of Wardsboro sign a card for a classmate who couldn't make it to the reunion on Sunday, June 26, 2022. 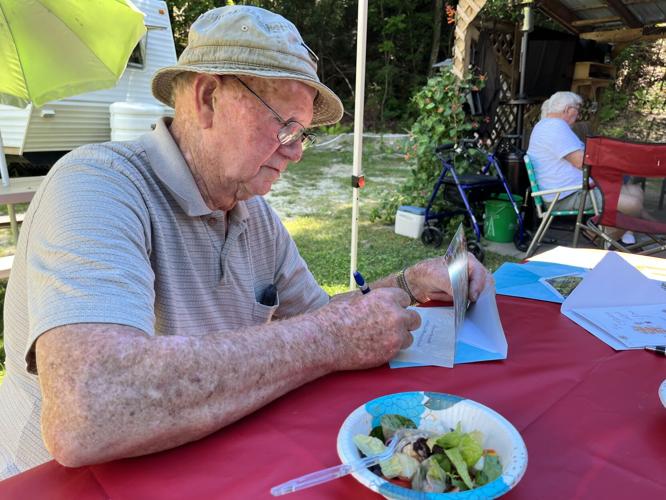 Bernard Robinson of Newfane signs a card for a classmate who couldn't make it to the reunion on Sunday, June 26, 2022. 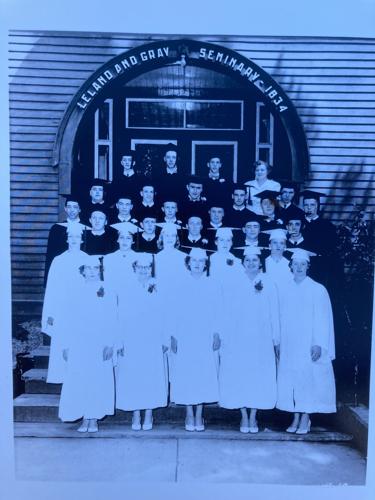 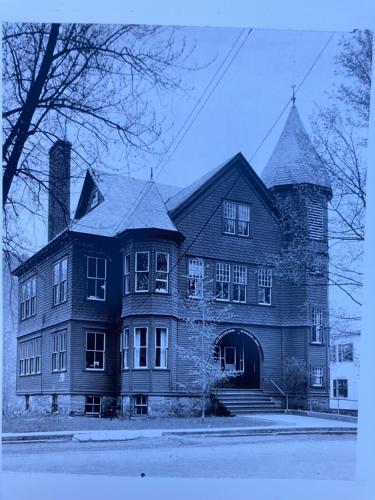 The Leland & Gray Seminary Class of 1956 celebrates its 66th anniversary.

Everett and Kathy Bills of Wardsboro sign a card for a classmate who couldn't make it to the reunion on Sunday, June 26, 2022.

Bernard Robinson of Newfane signs a card for a classmate who couldn't make it to the reunion on Sunday, June 26, 2022.

NEWFANE — A Leland & Gray Seminary class celebrating its 66th anniversary since graduating spoke fondly of long-lasting friendships that have carried on through the years.

“We considered our class the best class that ever graduated,” Kathy Bills of Wardsboro said. “We always remained so close.”

Bills said none of her classmates would pick on anyone else in the class. Phone calls help keep the group in touch.

Out of 30 classmates who graduated in 1956, 10 showed up for the reunion hosted Sunday in Newfane by Bernard Robinson. Ten of their classmates are no longer living.

“We haven’t gotten together in quite a few years,” said Robinson, who felt it was time to catch up. He credited classmate Marilyn Chapin with rounding up the group for the gathering.

One of their classmates came from as far as Grand Isle for the reunion. The group beat the heat by sitting under a tent and enclosure while they reminisced and ate.

She sat next to her husband and high school sweetheart Everett Bills. They graduated together.

In the past, Everett said, the class would talk about things they had done.

“Now, you talk about how many times you’ve been to the doctor,” he said.

Chapin brought cards to send to classmates who live too far away to travel to the reunion or are in nursing homes. Their last reunion was held in 2006.

Three of the classmates went into the U.S. Air Force right after high school, including Robinson. His mother was the school bus driver, Nancy Brooks of Brattleboro said.

Brooks went on to become a teacher. She recounted how when her parents went to Leland & Gray, they lived in Newfane and stayed overnight at the school.

The Townshend-based school is now known as Leland & Gray Union Middle and High School. It is one of the oldest educational institutions in Vermont, according to the school’s website.

Established in 1833 by the Baptist Association, the school was originally named Leland Classical and English School in honor of Aaron Leland. He was “a minister who had endeared himself to the people of southern Vermont,” according to the site.

“At the time of the Civil War, the Seminary went through a period of great financial hardship,” the site states. “In response to the generosity of Deacon Samuel Gray, the name of the school was changed to Leland and Gray Seminary in 1860.”

The school building was erected in 1834 but was demolished and rebuilt after a fire in 1894, according to the site.

“In 1970, 137 years after the seminary was established, the present secondary school was erected by the newly formed Leland and Gray Union High School District,” the site states. “Building on its unique history and community commitment, Leland and Gray continues to offer public education of high quality to the people of five union district towns and other communities.”