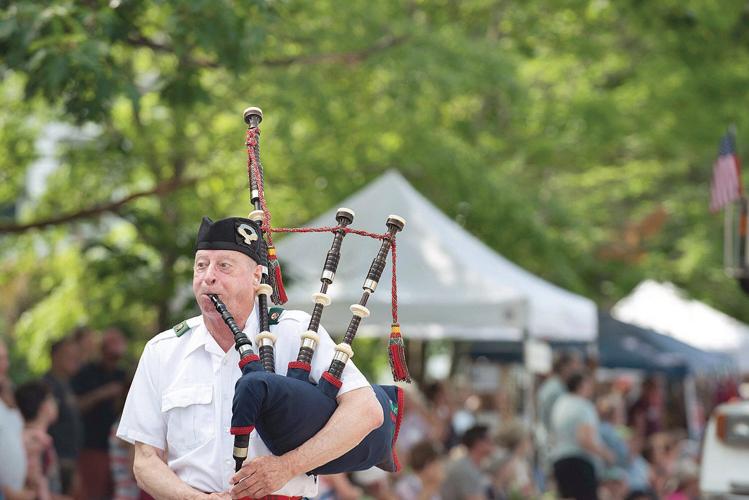 Bagpipers bring music to the parade. 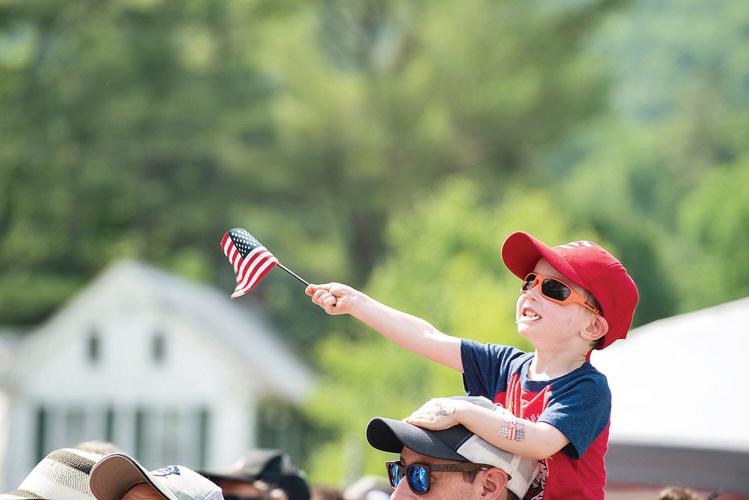 Parade attendees show up in red, white and blue. 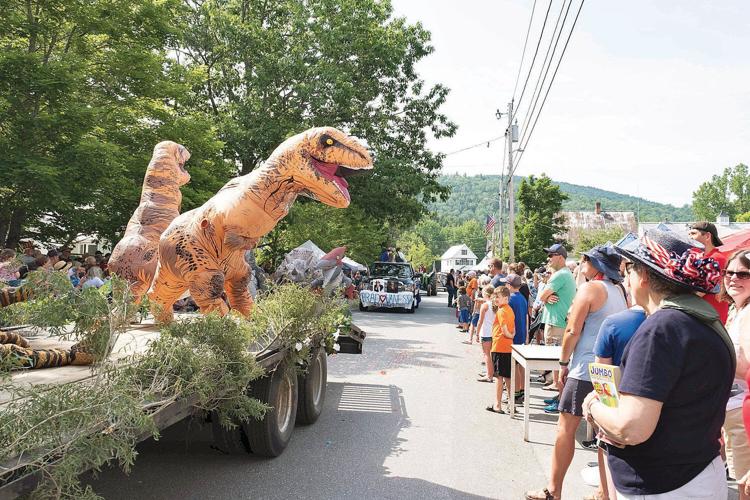 "Jurassic Park"-themed float is a favorite among parade attendees. 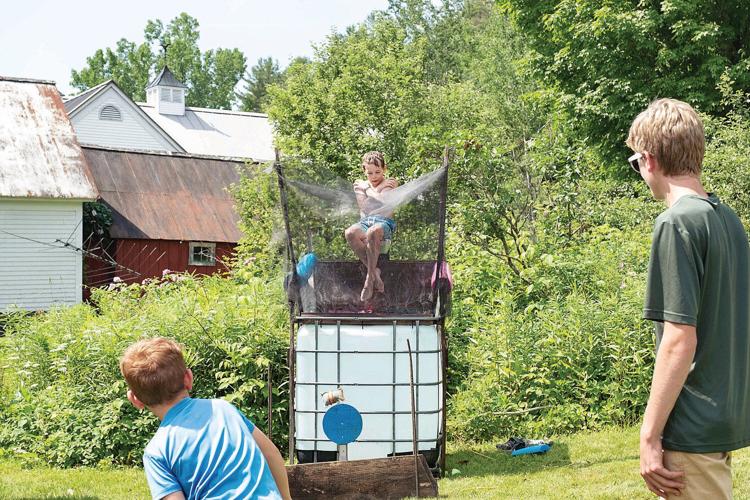 Families participate in activities before and after the parade. 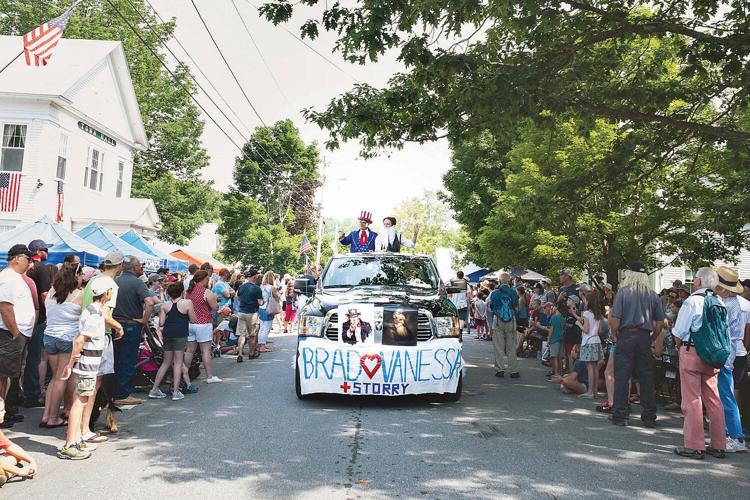 A couple celebrated 10 years of marriage. 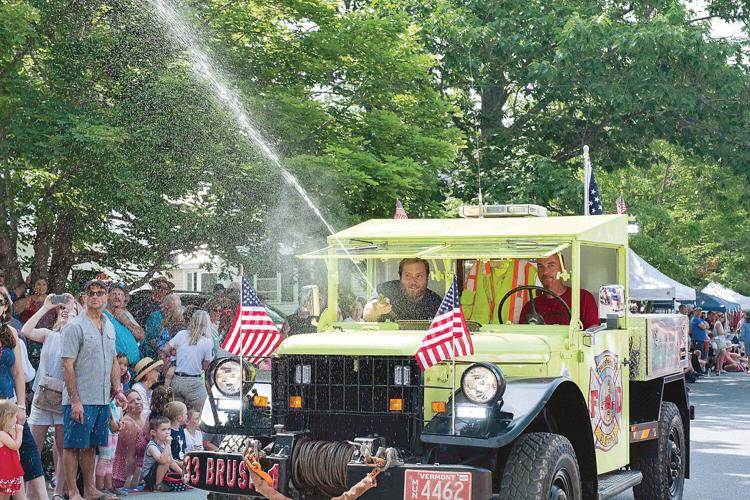 Townshend Fire Department brings its brush truck to the parade.

Bagpipers bring music to the parade.

Parade attendees show up in red, white and blue.

"Jurassic Park"-themed float is a favorite among parade attendees.

Families participate in activities before and after the parade.

A couple celebrated 10 years of marriage.

Townshend Fire Department brings its brush truck to the parade.

WARDSBORO — This year's Fourth of July parade celebrated not only America's independence but 70 years of local tradition.

"This year was a big year for us," The Rev. Peter Carlson, master of ceremonies, said in an interview in front of Wardsboro Town Hall.

Carlson had been taking a quick break from announcing the names of those marching or driving in the parade. He described the crowd as "pretty big." He also counted more parade entrants and vendors than in years past.

"We start planning tomorrow for next year's," he said.

Volunteers put together the event and proceeds go to the three churches in Wardsboro. That money "goes back into the community," Carlson said, as it helps local residents experiencing difficulties that may be related to fuel costs, financial matters or health problems.

The parade brings a mix of locals and visitors to the village center of the small town.

"I love it," said Liz Fay of Westborough, Mass, whose father lives in Wardsboro. "It's great."

Fay has been coming to the parade for the last 10 years. She said she was looking forward to the chicken barbecue.

Bette Allen Parsons was chosen to be the parade's grand marshal this year. She has been involved in the parade for 58 years.

The parade was dedicated to Jim Perkins, a Wardsboro resident who died March 19 at the age of 85. He taught at local schools and had been involved in church and sports activities in town, according to his obituary.

Another float, in an ode to the book-turned-film "Jurassic Park," had humans dressed as dinosaurs on the back of a float. Other "dinos" followed behind on foot.

"We appreciate all of our local farmers and hope everyone buys local," Carlson told the crowd.

A couple celebrated 10 years of marriage. They had also marched in the parade after first getting hitched.

Once the parade went through Main Street, participants turned around and returned through the same route.

"You get to see the parade twice," Carlson told attendees.

Carlson has been involved in the parade for 17 of the 19 years he has been a pastor in Wardsboro. He said organizers were unsuccessful in their attempts this year to get Gov. Phil Scott to attend and the National Guard to do a flyover with jets.

Genny Henry of Burlington said this year's parade was much better than others.

"Not just because you were in it," she said as she kissed her husband, who grew up in Wardsboro.