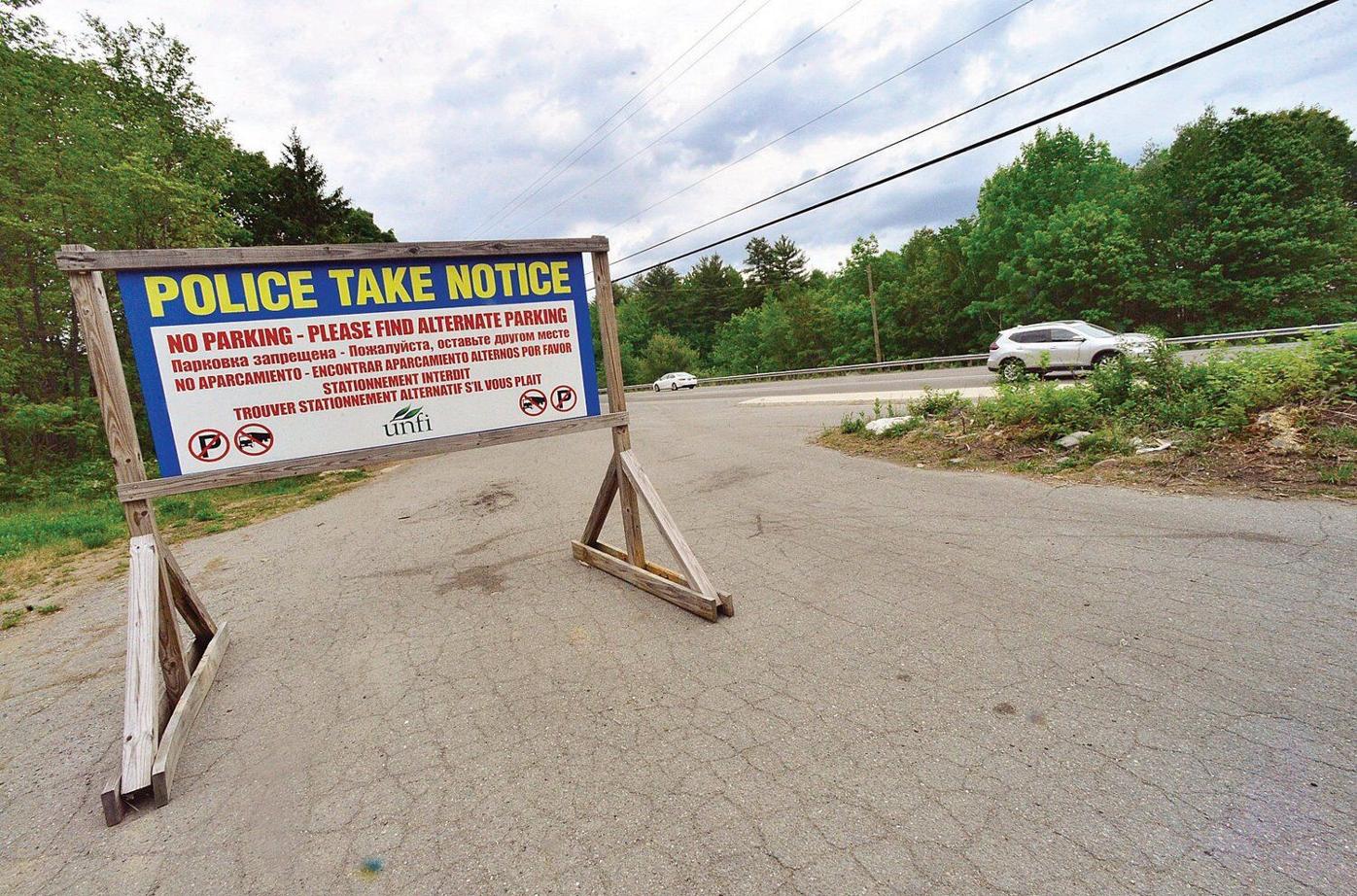 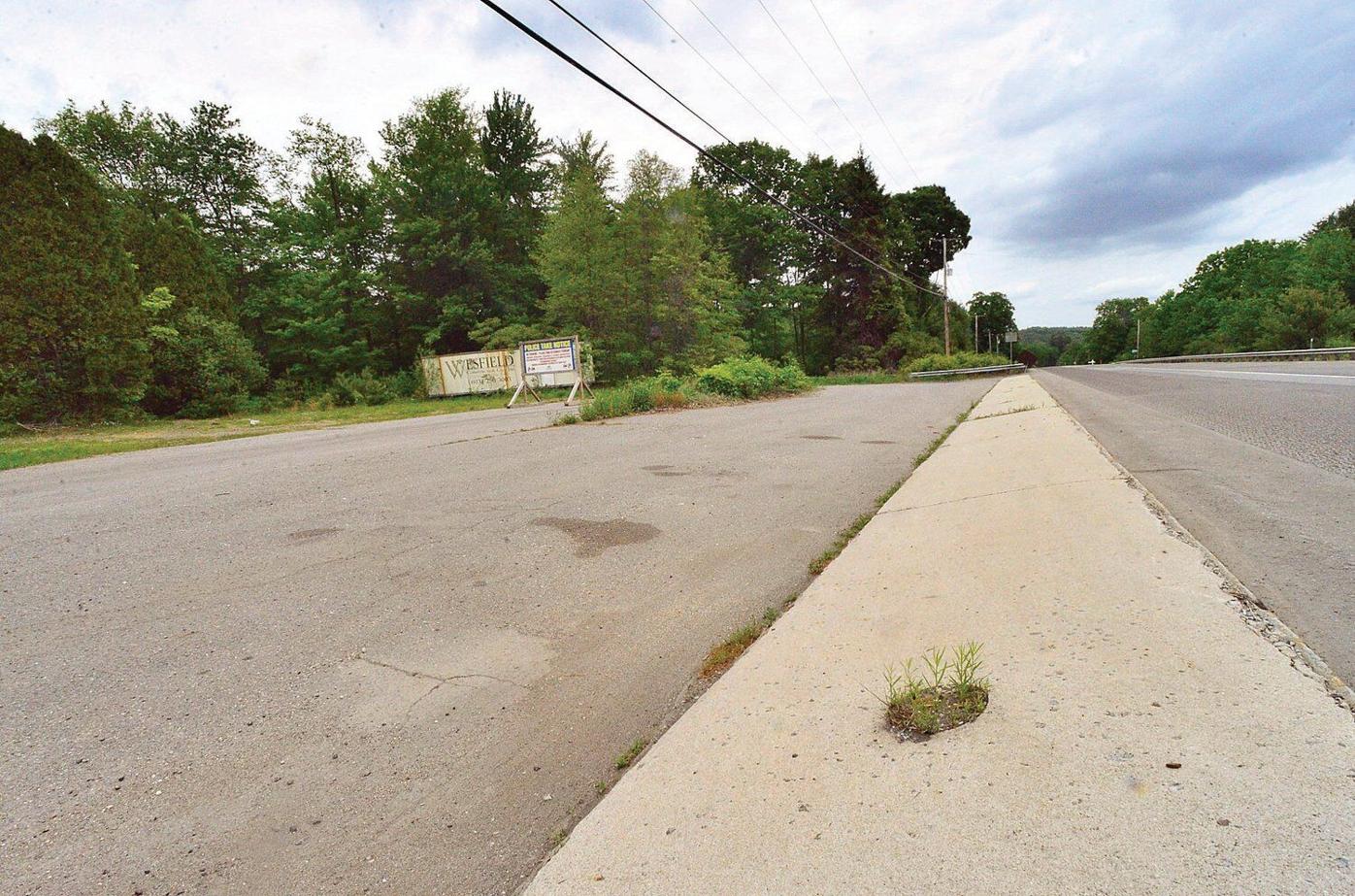 CHESTERFIELD, N.H. — Based on traffic concerns, the Planning Board voted 4 to 1 against an application to open a food cart on

The application was submitted by Mary Johnson, a Putney, Vt., woman who wanted to open Mary's Kitchen in a pull-off directly across from Stow Drive.

"I support her business, but that location terrifies me," said Board member John Koopmann, who was the one member to vote no when asked if the board should deny the application.

Koopmann, who said he drove east to the site to make the left turn, said he was "terrified" looking in his rear-view mirror before he could make the turn.

Johnson had been before the Planning Board on two prior occasions with an application under Chesterfield's zoning ordinance that allows a small vendor permit in conjunction with an existing commercial enterprise. The 4.2-acre lot is owned by CCR Leasing and is used by Westfield

Construction, though it is unclear what the parcel is actually being used for. Members of the board expressed frustration that no up-to-date site plan was available for the current use of the property, which means that however CCR Leasing is using it, it hasn't been approved by the Planning Board.

"I don't see much beyond storage happening there," said Board Chairman James Corliss. "I have no idea what's there."

"All I could find was a hand-drawn map from 1962," said Johnson, who presented the board Monday night with a 2015 boundary survey in lieu of a site plan.

"We need to decide if we can can let this go on a property that already has a use that doesn't conform to our regulations," said Board member Jon McKeon. He said he was concerned if the board approved Johnson's application, it would also be a seal of approval for the current non-conforming use.

Johnson submitted a waiver, asking the board to consider her application without a site plan. The board approved the waiver, but after reviewing a report from Chesterfield Police Chief Duane Chickering, denied Johnson's application.

"Due to the inability to pull into any breakdown lane to turn right ... there is a potential of rear end collisions as vehicles slow or stop to turn ... just past a hill crest," wrote Chickering, "but again the turning vehicle will still have to stay in the westbound traffic lane to turn onto the property ..."

And while there is room for a left-turn lane into the pull-off for eastbound travelers, wrote Chickering, the road is not configured at this time for that options. This means, he wrote, that folks turning left would be doing so from a point near the end of the truck-passing lane on the Stoddard Hill section of Route 9.

"Based upon the current design, I have serious concerns over high speed rear end accidents for vehicles traveling east and waiting to make a left hand turn onto the [property]," wrote Chickering.

"To me, he seems to say there are significant problems with turning traffic," said Corliss. "The chief has raised some significant concerns ..."

Chickering also raised concerns over pedestrian traffic, with people who work on Stow Drive crossing Route 9 to get food.

McKeon suggested Johnson consider coming back to the board with a plan that shows an entrance to the pull-off from nearby Poocham Road, though this would mean people traveling east would still have to wait in the passing lane to make the turn.

Corliss told Johnson if she wants to revise her plan to show an entrance off of Poocham Road, that would be considered a substantial change the board could review.

"If their plan is only allow access from the driveway on Poocham Road, that would alleviate the issues for westbound traffic," wrote Chickering in an update to the Board. "Poocham Road is already an established road in the town of Chesterfield and I certainly cannot stop someone from utilizing an already established town road to access their property. A caveat would also be to include that there will be no access to this business from Route 9 and further discourage anyone from parking along Route 9 while they obtains goods from the food cart."

Chickering noted the pull-off has been problematic for the town and the owner of the lot, with the drivers of tractor trailer units often parking there prior to making deliveries or pickups at United Natural Foods, which is located at the far end of Stow Drive.

"This caused UNFI to hire security to deal with this issue and move them off of their property and Stow Drive," wrote Chickering. "Because UNFI Security does not have any police authority, it is not uncommon to see numerous tractor trailer truck move from Stow Drive and onto the [property] or park on Route 9 in the westbound or eastbound breakdown lanes. This includes tractor trailer trucks being stuck in snowbanks trying to get onto the ... property blocking the entire westbound lane causing traffic snarl ups and near misses."

Chickering noted that some truck drivers also leave behind "copious amounts of trash, fecal matter, and urine bottles ..." while waiting to make deliveries or pickups.

"Even after the most recent cleaning of this property (within the past few weeks), a bag of trash, human fecal matter and a urine bottle (placed up into a tree) can be seen," he wrote.