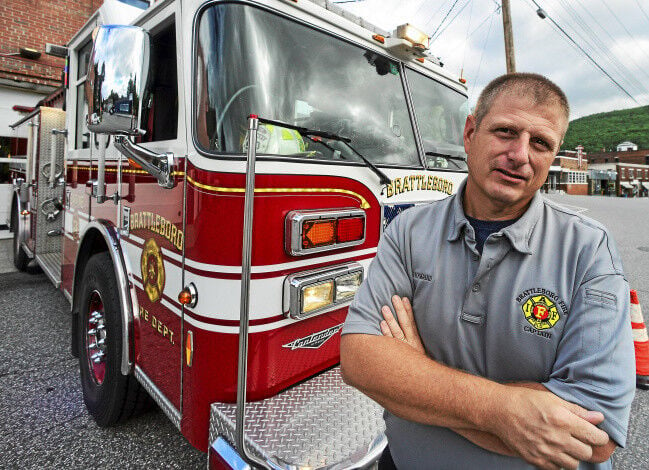 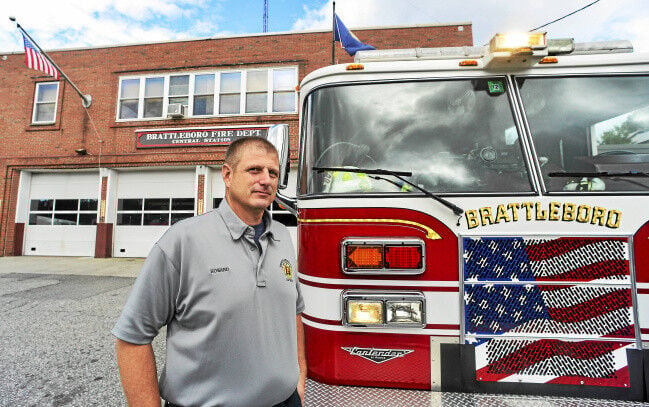 Chief: "This will probably be the most change we've had in 15 years all at once."

BRATTLEBORO >> Len Howard has always set high goals for himself.

"When I became lieutenant, I wanted to become a captain. Now that I've been a captain for nine years, it's always something I wanted to try for and made it," he said after being named the next assistant chief of the Brattleboro Fire Department.

In the new position, Howard will help the chief in making sure the rest of the 21 paid staff members have the equipment and training they need. He said he'll be making sure the citizens of Brattleboro are served the way they should be. And he'll also looking forward to some changes.

"We got some new buildings coming, which is exciting to the staff. Other staff members are going to move up the ranks. We're going to have newer firefighters. I'm looking forward to working with those folks. I look forward to making this the best fire department in the state, which it is," said Howard.

He would know. He has been on the department for 29 years. He grew up watching his father serve as chief of the Putney Fire Department. He currently lives in Putney with his wife. He has two children.

Howard joined the career staff in 1997, 10 years after becoming part of the call force, or the volunteer squad.

The best part of the job, he said, is "You never know what you're going to run into every day. And it's nice to help people who are in a situation that's not so great."

Interviewing for the job on Thursday, Howard sat in front of a five-person board and was unanimously recommended for the promotion. Then he went before Town Manager Peter Elwell and outgoing Assistant Chief Peter Lynch.

Elwell offered the job to Howard just after lunch, according to Chief Mike Bucossi.

"Very shortly, we'll start a testing process," said Bucossi. "Not just because of Lenny (Howard) being promoted but because we've also had another captain leave. We have to promote two captains, two lieutenants and then we'll be hiring two entry level firefighters. So there will be a lot of movement, a lot of change. This will probably be the most change we've had in 15 years all at once."

Lynch's last day is Aug. 26. He has accepted a job as the state of Vermont's chief of fire service training.

Bucossi called Lynch the "perfect person" for the position.

"It's a tremendous opportunity for him," said Bucossi.

Howard will begin as assistant chief on Sept. 6. He will be getting up to speed on the building projects — concrete was poured for a new facility in West Brattleboro and the Central Fire Station located downtown is set for an addition.

Howard has "a very solid approach" to emergencies, said Bucossi.

"I think that's a bit plus when you're doing that job," he said. "He's a very solid employee, very solid leader and he will do excellent in the position. I have no worries."