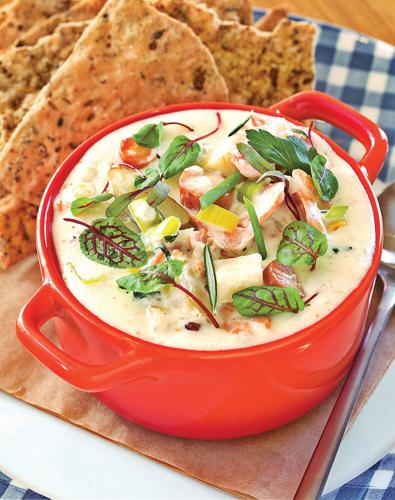 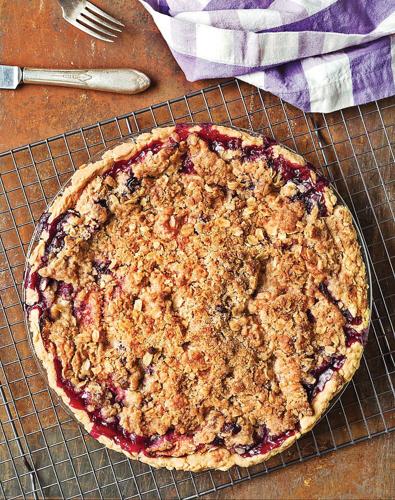 Medeiros is one of more than 70 authors being featured at the Brattleboro Literary Festival taking place Oct. 12 to 15. She will discuss her book on Oct. 13, from 11 a.m. to 1 p.m. at the Brattleboro Food Coop. She is a cookbook author, freelance food writer, food stylist, and recipe developer and tester. She profiles farmers for publications like The Essex Reporter. She enjoys talking to farmers because they're so passionate about what they do, she said. When it came to her fourth cookbook, "The Vermont Non-GMO Cookbook," Medeiros decided she wanted to highlight organic Vermont farmers.

"The Vermont Non-GMO Cookbook" is meant to celebrate Vermont's approach to local food, said Medeiros. The cookbook features 125 different recipes from Vermont communities. Only eight, Medeiros said, are hers. In all her cookbooks, she said, she likes to make the project a community effort.

"Vermont is doing an amazing job in promoting healthy communities," she said. "Farming is a lifestyle."

Though not every Vermont farmer may be certified organic, many are dedicated to organic produce and methodology.

Medeiros didn't know much about the anti-GMO movement until she started working on her second cookbook, "The Vermont Farm Table Cookbook."

"I kept hearing the term and speaking with folks who leaned in that direction. As time went on, and the movement became stronger, I found more and more farmers, farms and food producers following this movement," she said. "As a result, I started using more organic and non-GMO ingredients."

Refraining from the use of GMO ingredients is healthier for the environment and consumers, Medeiros said.

"Some of the benefits of eating non-GMO foods are that using non-GMO and organic methods to grow foods is healthier for the environment. Organic farming reduces pollution, conserves water, reduces soil erosion and increases soil fertility," she said. "Eating non-GMO foods that are locally grown and produced helps the local economy. This methodology supports sustainability."

In Vermont, it's easy to find organic food. "The Vermont Non-GMO Cookbook" has a three-and-a-half page directory listing different Vermont eateries and food producers that carry organic food. Scattered throughout the book are short profiles featuring eateries and farms from all over the state. Some Windham County hot spots include: Meadows Bee Farm, in Windham; The Village Roost Cafe & Marketplace, in Wilmington; and the Williamsville Eatery.

Medeiros said she wants people to realize how passionate farmers and food producers are about their work. She advises that organic newbies spend time talking to farmers at their local farmer's markets. "These farmers are a resource of knowledge," she said.

The best way to get organic produce, Medeiros said, is at farm stands, farmers markets, co-ops or a community-supported agriculture share.