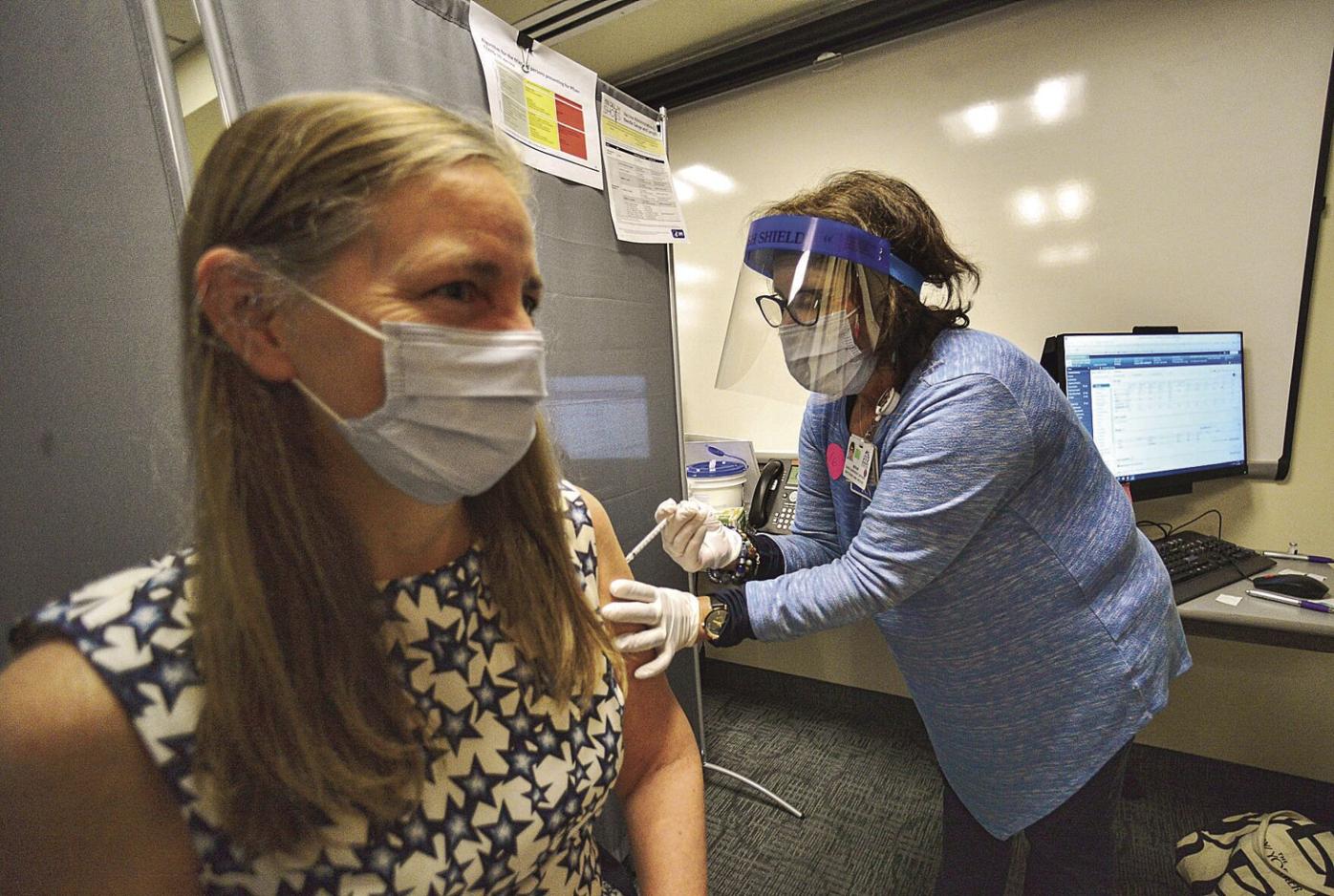 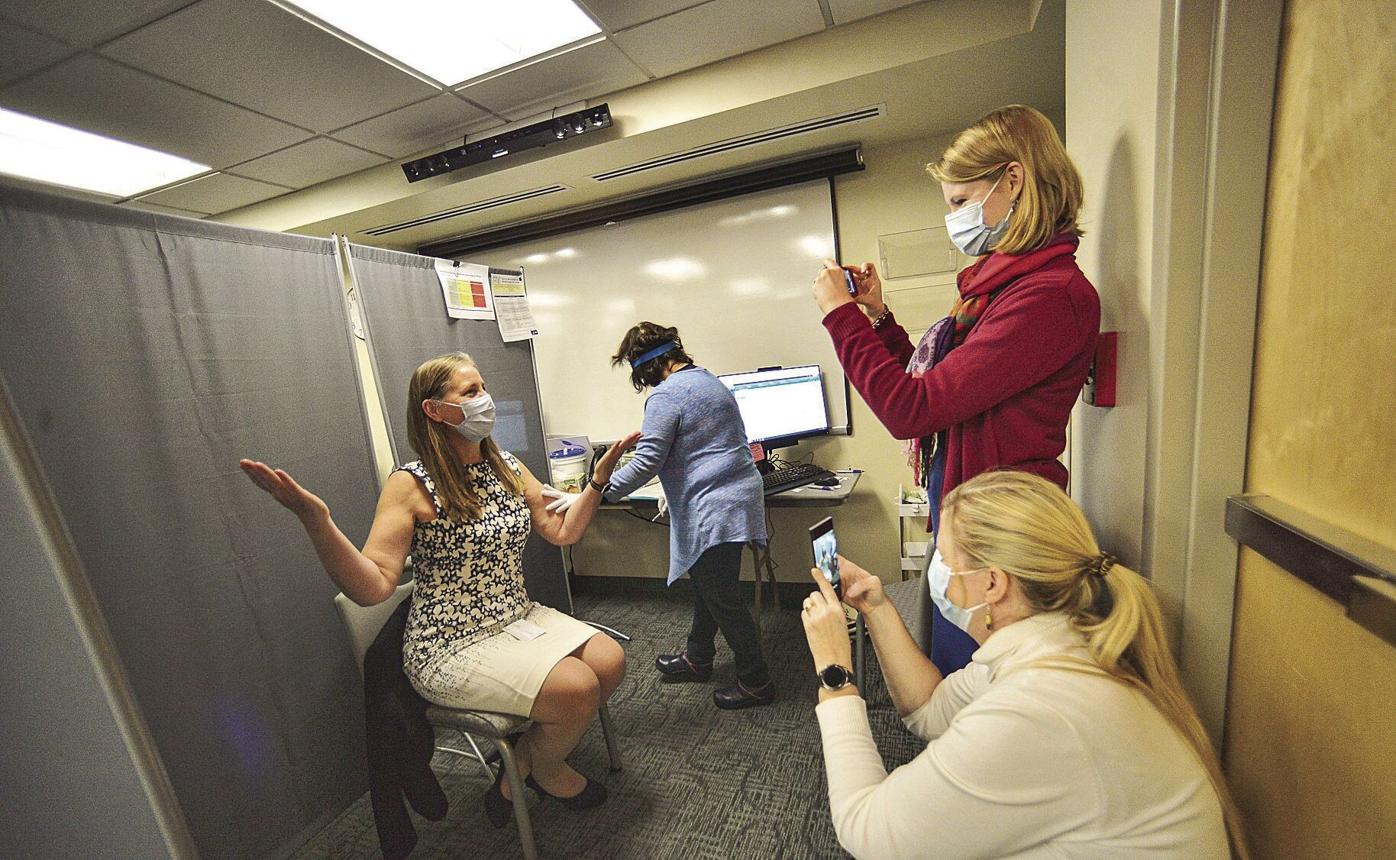 Dr. Kathleen McGraw is photographed getting the first dose of the Pfizer’s COVID-19 vaccine on Wednesday, Dec. 16, 2020.

Dr. Kathleen McGraw is photographed getting the first dose of the Pfizer’s COVID-19 vaccine on Wednesday, Dec. 16, 2020.

BRATTLEBORO — Dr. Kathleen McGraw, chief medical officer and chief information officer at Brattleboro Memorial Hospital, encourages everyone to get vaccinated as soon as it’s their turn.

“The question is, when is it your turn, right?” McGraw said during the Brattleboro Rotary Club meeting held remotely Thursday, after she received her second dose. “The state is creating guidelines, which at the moment look like they’re going to lean heavily on age as the primary way that it is rolled out next. And BMH, and really across the state, we’re going to follow whatever guidelines the state puts together and ultimately decides on so we can protect the community as fast as possible.”

McGraw said vaccinations for the general public are entirely dependent on manufacturing. Asked how one get’s “on the list” for upcoming vaccinations, she responded, “there’s not actually a list per se. So the decision and the publication about how the vaccines are going to be delivered still hasn’t happened. It’s likely the Department of Health will be doing some larger mass vaccination throughout the community. It’s not clear what that’s going to look like. It will be public when that happens.”

More than 1,000 doses have been delivered to BMH, McGraw said. She estimated about 77 percent of the hospital’s employees and about 90 percent of its medical staff have been vaccinated so far.

The number of people who need to be vaccinated is too large for it all to happen through primary care offices, McGraw said. She described how the vaccine gives someone “a very small piece” of COVID-19 in order to build immunity.

A lot of research went into finding the right components for authorized vaccines, McGraw said. She called the research trials “very expensive.” Investors she cited include governments, private donors and celebrities.

Those trials were able to happen in large numbers because COVID-19 was so prevalent, McGraw said.

Vermont has recorded more than 8,100 cases since the beginning of the pandemic. Windham County had 152 positive tests in the past 15 days, McGraw said, recalling a month ago when the two-week average was 91.

Nearly 13,000 tests have been performed at the hospital, McGraw said. She noted how tests show who has the virus and allow them to know how to appropriately quarantine.