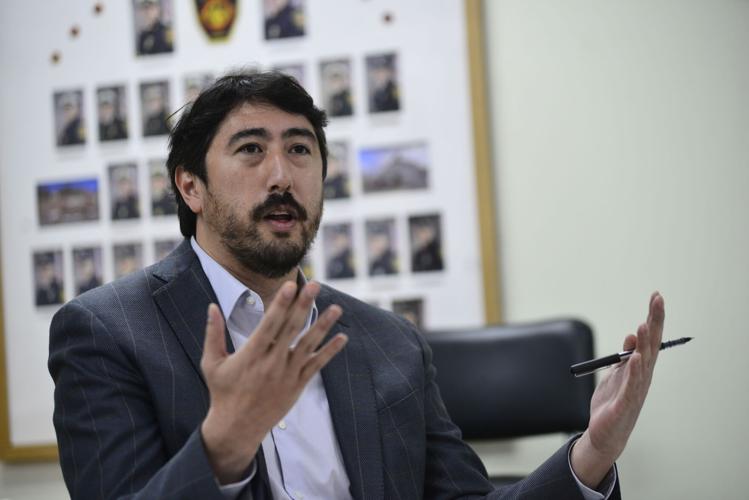 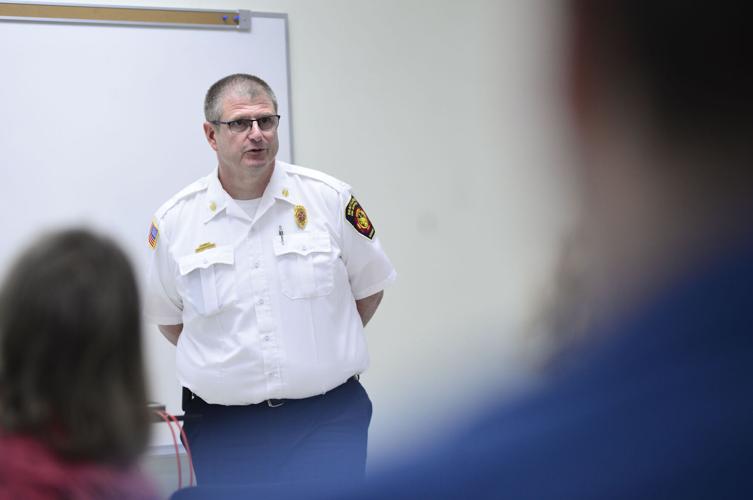 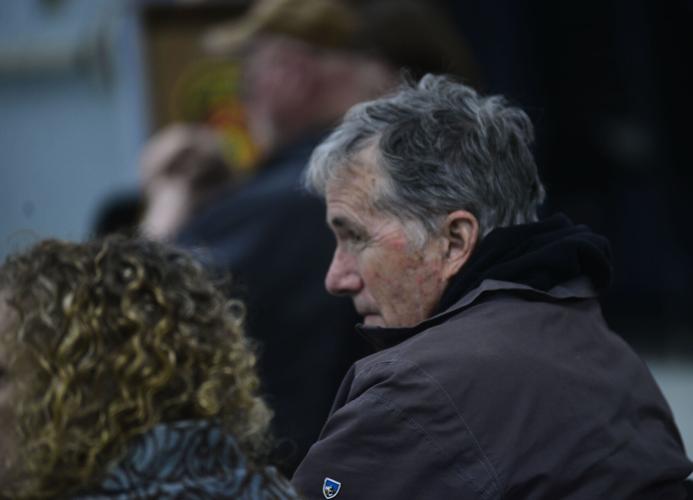 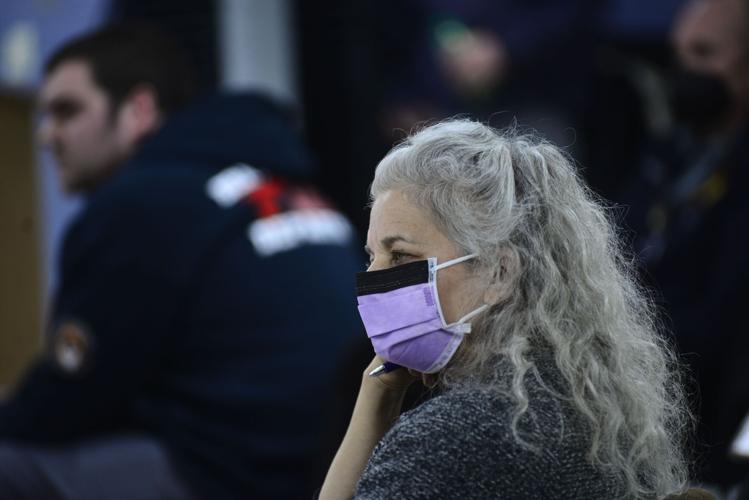 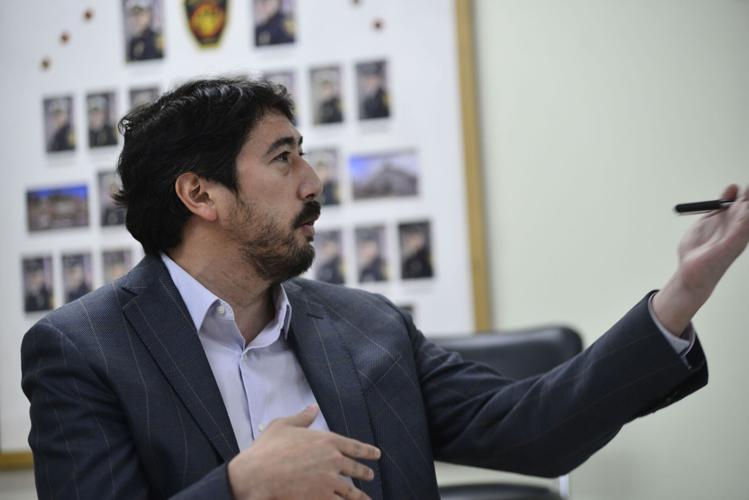 BRATTLEBORO — Despite some uncertainty in the community, the town is hiring a new ambulance provider as it parts ways with Rescue Inc.

After a contract dispute with Rescue Inc., the Select Board voted unanimously Tuesday to have Town Manager Yoshi Manale execute a one-year contract with Golden Cross Ambulance Service of Claremont, N.H., for $75,000 to be paid in monthly installments of $6,250. The town’s fiscal year 2023 budget currently includes $285,300 for emergency medical services, a figure developed with the expectation of continuing with Rescue.

Board members described being upset by the way the relationship with Rescue is ending but being trusting of the fire department on its new path. Manale and Rescue Head of Operations Drew of Hazelton traded emails in which the transparency of Rescue about finances and BFD’s quality of service were questioned.

Board member Elizabeth McLoughlin said municipal safety and efficiency of services are her biggest priorities as the town “rips off the Band Aid.”

“Until a couple of days ago, I was a no vote,” board member Tim Wessel said. “That was because I hated how this has gone down in our community.”

Wessel said besides things happening too quickly, he feels the change is “right for Brattleboro.”

“It’s disappointing as a longtime resident of this town that it has come to this,” she said. “I hope moving forward, there can be more transparency, more public discussion and more honesty.”

At an informational meeting Monday, Fire Chief Len Howard thanked Rescue for 56 years of dedicated service to the town and the next few months until the contract ends on June 30.

“Hopefully we’ll work together under a mutual aid agreement as we need to,” he said, referring to a local system that provides backup for agencies.

Manale said talks with Rescue on mutual aid haven’t occurred yet. Hazelton, who watched Tuesday’s meeting via Zoom but didn’t speak, told the Reformer he’s always willing to have conversations.

“It sounds like the fire department doesn’t need additional assistance,” he said. “I heard very clearly that they have enough resources to handle the call volume. With that, Rescue is going to need to reallocate our resources and equipment in a way that will best support the remaining Rescue Inc. towns.”

Noting the department has handled EMS calls since 2000, Howard said he believes joint fire/EMS service will be better for the community. He said starting July 1, there won’t be times where care gets transferred between two responding agencies, which can confuse the patient.

“Transferring care is where mistakes happen,” he said. “If you’re only doing it once, it’s better for the patients.”

He said the only time care will be turned over is when a patient arrives at Brattleboro Memorial Hospital.

Currently, the department has 18 medical technicians, six advanced emergency medical technicians (AEMTs) and two paramedics. Seven members are enrolled in an AEMT class that will be completed in July and three members will be starting a paramedic training program in August. Howard said the department has a memorandum of understanding with the hospital for members to sharpen their EMS skills there and an existing contract with Vermont EMS District 13 to have calls monitored for quality assurance.

Howard described the one year contract with Golden Cross as “an apprenticeship program.” He said Golden Cross is willing to stay on longer if needed.

His hope is to secure a Federal Emergency Management Agency grant to pay for four additional positions for four years to help cut some costs. Insurance costs aren’t anticipated to significantly rise for the town.

Golden Cross has been in business since 1962, Howard said. It’s run by Dale and Allyn Girard, who attended both meetings.

Littleton, N.H., successfully used the same model Brattleboro is adopting a few years ago, Dale said. His group worked with the department for two years before it branched out on its own.

“They are doing a great job up there,” he said. “They went out on their own about two years ago.”

His group contracts with about 15 towns. Its headquarters are in Claremont, N.H., and Westminster.

Howard said because of fire education and awareness, the number of structure fires has gone down in recent years. Two fire stations allow the department to respond quickly to emergencies, he said.

Under the new plan, one ambulance will stay in each facility. When those are unavailable, other apparatus the department has for first response will be used.

Manale said he worked for Bloomfield and Trenton in New Jersey, which are respectively five times and 10 times the size of Brattleboro, and he questioned why Brattleboro was paying more for EMS service. He described not getting financial information he requested from Rescue so he looked at publicly available documents and inquired about costs from other providers.

“I honestly wonder if the town is being realistic about what it really costs to run a top level ambulance service like Rescue,” said Heidi Fischer, who volunteered at Rescue and is a registered nurse at the emergency department at BMH. “EMS is complicated, very expensive and not money making in my experience.”

A third party will be analyzing the plan to transition to joint fire/EMS to ensure it makes financial sense, Manale said. But in any case, the town needs a contract with a provider in place by July 1.

Manale said if the study says the plan isn’t feasible, then the contract should go out to bid. He stressed the need for a competitive process even if the same provider gets selected each time.

Dora Bouboulis, former Select Board member, recounted looking into the issue in the past with a committee. She said the public has been left out of the current conversation.

“I’m very disappointed in the Select Board on this,” she said. “I’m glad to hear you’re doing the study but everything’s backwards. The study should come first.”

O’Connor shared a piece of the letter from Hazelton that she says is being left out of the conversation.

“’If the town would like to come speak to me about an agreement beyond June 30, please contact me no later than May 1,’” she said. “So it’s a false narrative that the town is perpetuating that Rescue will not negotiate.”

Bob Murray of Brattleboro said he believes town officials are “doing their job and I think that’s a good thing.”

Millicent Cooley of Brattleboro said residents weren’t hearing from Rescue on the issue.

“It’s a very complicated situation,” said Bob Oeser of Brattleboro. “You do have a 56-year relationship that is ending somewhat abruptly and one would think that the manner in which that ends might also affect other towns.”

On Tuesday, Oeser suggested the relationship between the town and Rescue can be repaired. Jonathan Secrest of Brattleboro worried the written correspondence between the parties was “just a sad breakdown of communication.”

“I guess my urging would be for very careful protocols,” Seacrest said, calling for “an unbiased analysis of patient care.”

Zachary Rounds, AEMT and member of Rescue Inc. who spoke for himself, told the board he hopes processes moving forward can be “extremely vetted and include the public on regular basis.”

“It was clear to me that the town, the Select Board, came into this evening’s meeting with their minds made and were not looking for any dialogue or information from Rescue,” Hazelton told the Reformer, adding that his group hasn’t received any requests for discussion from the town since he met with Manale on Feb. 9. “With that being said, we do wish the town the best of luck with developing and creating a new ambulance system for the town.”

On May 19, Rescue will host an informational meeting for the remaining member towns next month to understand the impact on the greater community.

BRATTLEBORO — After a big dispute over their contract, the town is severing its ties with Re…

To the editor: Regarding the issue of Brattleboro severing its ties with Rescue Inc. ("Brattleboro, Rescue Inc. to go their separate ways afte…

BRATTLEBORO — Town officials have selected a firm they would like to tap for a study on creating a joint EMS/fire service.

BRATTLEBORO — With the most populous town of those served by Rescue Inc. leaving, the organization’s leaders aren’t sure exactly what the over…

To the editor: Heedless of the regional consequences, the Brattleboro Select Board unanimously approved Brattleboro’s exit from Rescue Inc. (A…

BRATTLEBORO — After deciding to go their separate ways following a contract dispute, discussions are underway about mutual aid between the tow…

BRATTLEBORO — In a move that would provide more resources than originally envisioned, the Select Board will be considering having three ambula…