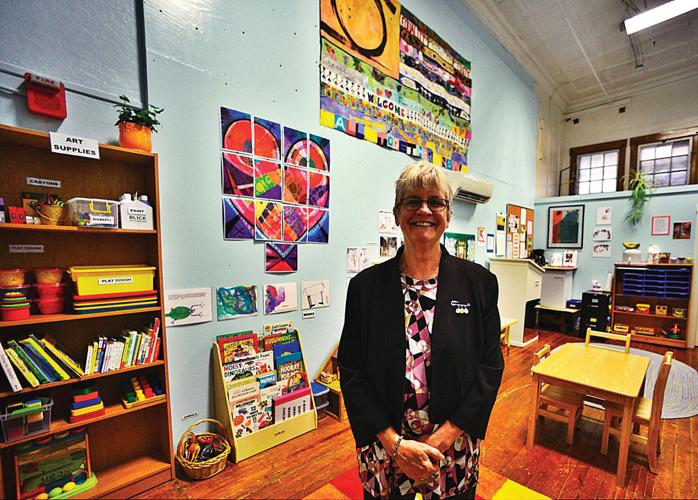 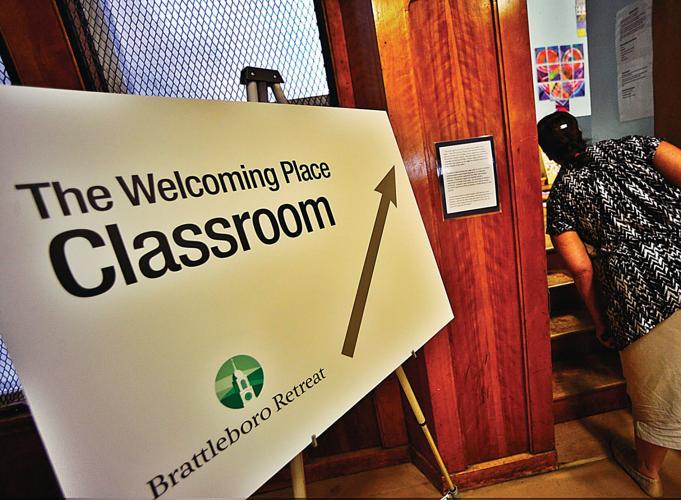 Sue Heinemann looks into the new The Welcoming Place classroom at the Brattleboro Retreat during a ribbon cutting event on Thursday, Aug. 17, 2017. 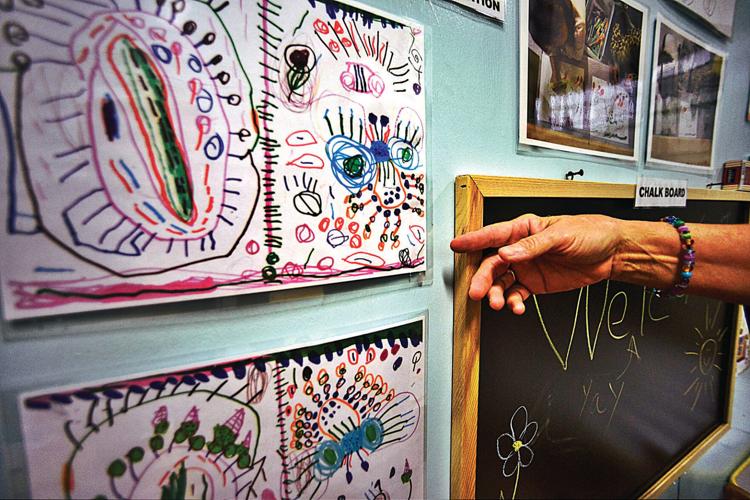 Kay Curtis, coordinator of The Welcoming Place at the Brattleboro Retreat, shows off artwork that children have created. 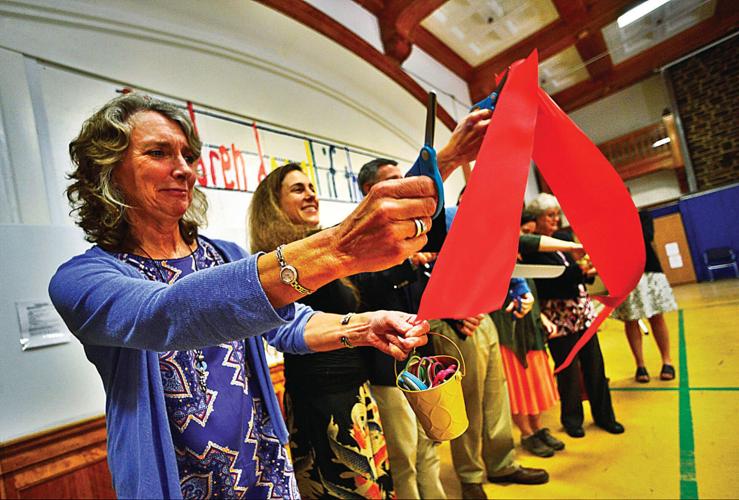 People line up to cut the ribbon for The Welcoming Place classroom at the Brattleboro Retreat on Thursday.

Sue Heinemann looks into the new The Welcoming Place classroom at the Brattleboro Retreat during a ribbon cutting event on Thursday, Aug. 17, 2017.

Kay Curtis, coordinator of The Welcoming Place at the Brattleboro Retreat, shows off artwork that children have created.

People line up to cut the ribbon for The Welcoming Place classroom at the Brattleboro Retreat on Thursday.

BRATTLEBORO — About a year-and-a-half ago, Jessica Greene was running a maternal support group when a mother approached her with a problem: She couldn't find proper childcare while undergoing addiction treatment.

"It just seemed like it was a need that nobody had been aware of," recalled Greene, who works for Health Care & Rehabilitation Services in Brattleboro.

That was the beginning of a long planning effort that has culminated in creation of The Welcoming Place — a free, seven-days-a-week childcare service for kids whose parents are being treated for opioid addiction at the Brattleboro Retreat.

Officials believe it's the first such program in Vermont, and they say it could be an important weapon in the continuing fight against the opioid epidemic.

Patients seeking help with addiction "no longer need to decide between their own well-being and that of their children," said Kay Curtis, Welcoming Place coordinator.

Vermont's Hub and Spoke Program — also called the Care Alliance for Opioid Addiction — has received national recognition for its model of medication-assisted treatment.

Every week, about 150 people come to the Retreat to receive the addiction-treatment drug suboxone and counseling services. That number is remaining steady, but "the demand for medication-assisted therapy in general is growing," said Kurt White, the Retreat's ambulatory services director.

The Retreat initially allowed children to accompany their parents during Hub treatment in an effort to "have as wide-open a door for this program as we possibly could," White said.

However, "these programs are also heavily regulated, and we realized that it actually wasn't really safe or permissible to have children in the dosing area," White said. "We had to stop that. We had to cut it off. It was a hard decision to make."

"It's really bothered me," White added, "because we already knew that most people with substance abuse problems are not getting help for them."

Last year, Greene's conversation with a mother in need of childcare led to talks among a variety of community organizations like Building Bright Futures; Windham Childcare Association, It Takes a Village, Vermont Health Department and Children's Integrated Services at Winston Prouty. Then the Retreat got involved, and a survey of Hub clients established a "definite need" for childcare services, White said.

At a ceremony held Thursday to introduce The Welcoming Place, White read a response from one of those clients: "As a parent, you're stigmatized for having an addiction. It's very traumatizing when you know you need help but you don't know who to turn to for childcare."

The Welcoming Place is based in 105-year-old Lawton Hall, a landmark on the Retreat campus. The Retreat's Mulberry Bush Independent School also uses that building, and school Manager Tori Kelliher will be administering the new childcare center.

"We're so fortunate to have Tori and the Mulberry Bush program," said Louis Josephson, the Retreat's president and CEO. "This is just so much easier for us to extend that umbrella and cover this new program."

Josephson singled out that state funding source, saying "we're really counting on them for continued support to keep this as a sustainable program."

He also believes The Welcoming Place might be one example of a welcome shift in mental health treatment policy.

"We are spending all of our money in exactly the wrong place," Josephson said. "We are spending it after people are traumatized ... and suffering with mental illness. And all the research shows you should be spending most of your money in early childhood, and doing more prevention work and identifying issues early on."

The Welcoming Place opens Monday, Aug. 21. Curtis said she's already talked to Hub patients "who are eager to knock on the doors of their friends who have been reluctant to get treatment because their children were not safe."

Greene said she's "gratified" at the community's response to a need she first heard about two winters ago.

And she's hoping the new childcare center might serve as a model.

"This is such a huge problem," Greene said. "I'm sure it's not unique to Brattleboro."

Mike Faher writes for VTDigger, The Commons and the Reformer. He can be contacted at mfaher@vtdigger.org.