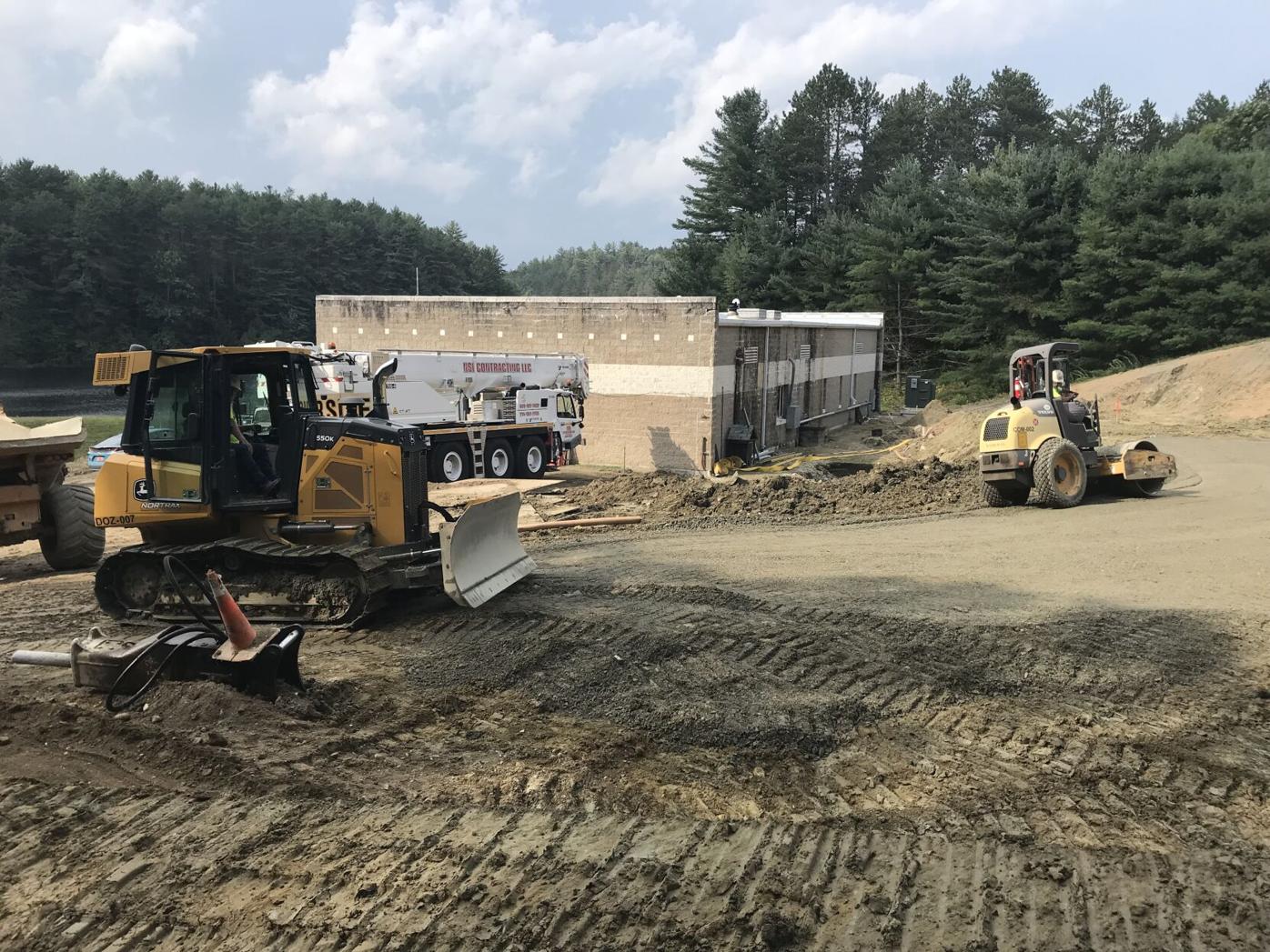 Crews prepare land where the new water plant will be constructed at the Pleasant Valley Water Treatment Facility in West Brattleboro. 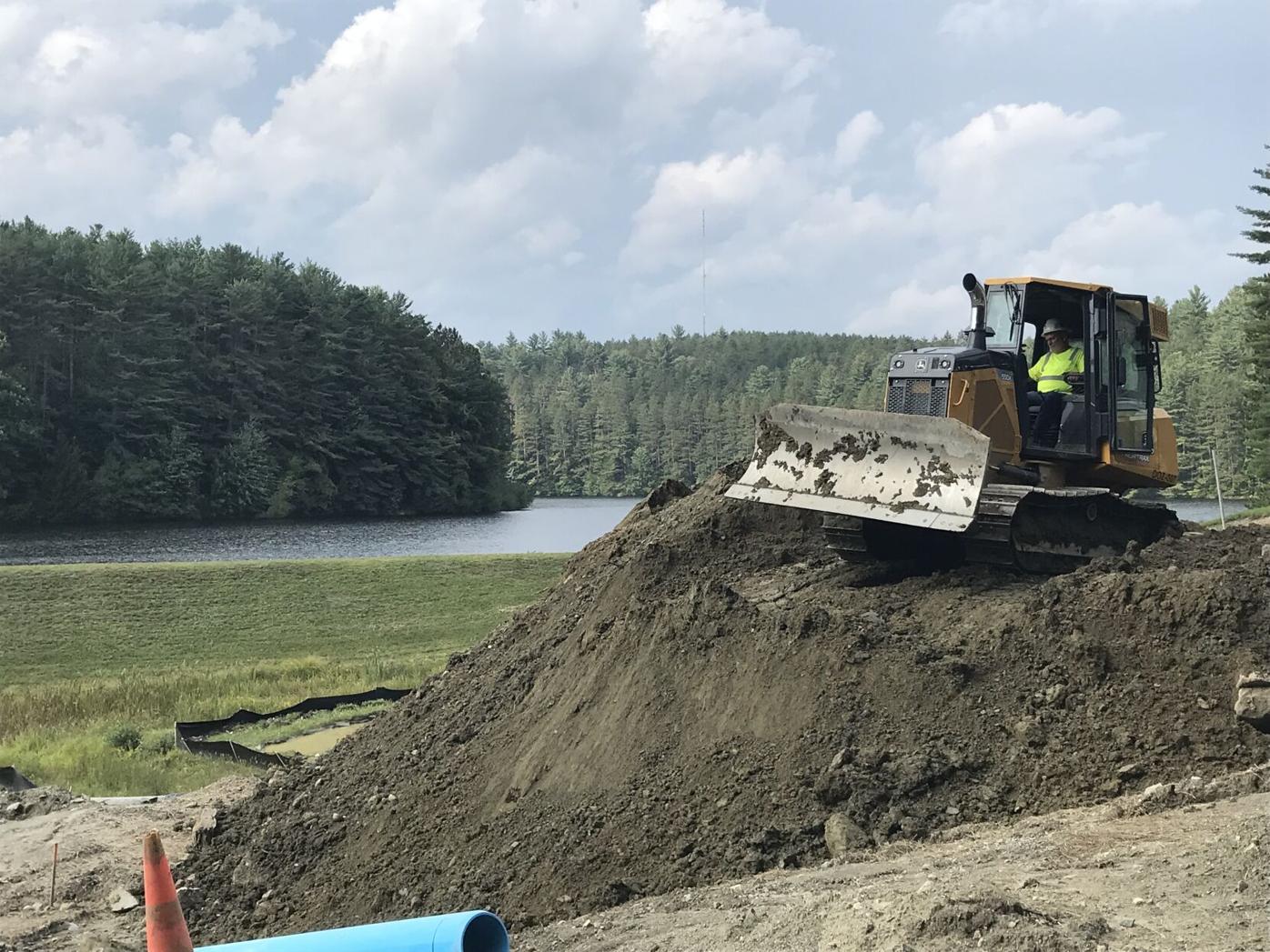 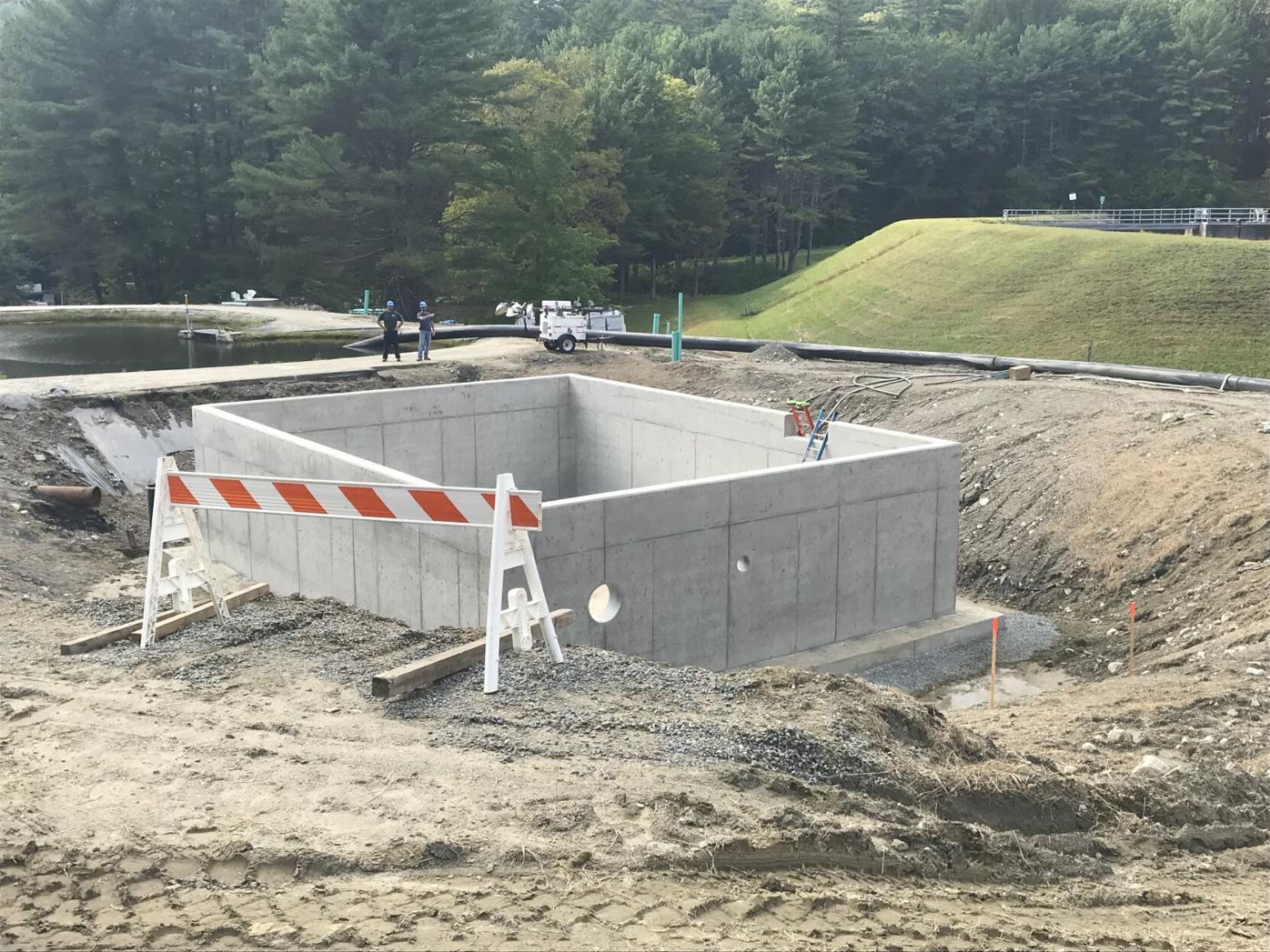 A new tank, which acts as a holding tank for water until it is discharged, was installed the third week of September at the Pleasant Valley Water Treatment Facility in West Brattleboro.

Crews prepare land where the new water plant will be constructed at the Pleasant Valley Water Treatment Facility in West Brattleboro.

A new tank, which acts as a holding tank for water until it is discharged, was installed the third week of September at the Pleasant Valley Water Treatment Facility in West Brattleboro.

BRATTLEBORO -- Groundwork ahead of major upgrades at the Pleasant Valley Water Treatment Facility is underway.

At the Select Board meeting Tuesday night, held remotely with an in-person option, project engineer Chrissy Haskins of Dufresne Group said crews from Kingsbury Companies have been active at the site for about two months. Their goal is to get all yard piping and foundations completed this year.

So far, much of the work involved setting up temporary pipes and utilities. A new tank, which holds water until it is discharged, was installed this week and is anticipated to be in service within the next few weeks.

On Wednesday, crews from Kingsbury Companies were excavating and preparing the footprint of where the new plant will be constructed at the West Brattleboro site. Sheet pile walls are set to be installed soon.

A shutdown in the winter is anticipated in December "mostly due to the fact that they won't be getting structural steel until January or February just because of supply chain delays right now," Haskins said.

"They'll restart in April," she said. "At that time, they'll pour the slab for the building and start actually building the new treatment plant building."

Haskins said the project is on schedule and expected to be "substantially complete" by November or December 2022, with the new plant in service by early fall next year, assuming no major delays or supply chain issues come up. Paving, restoration projects and minor items are expected to follow.

Local officials have described the project as being necessary for health and safety reasons as well as functionality. It entails a larger water treatment building to accommodate a fourth filter and make more space; a new three-bay garage that will allow indoor space for operators to perform maintenance; new electrical service from the pole and an emergency generator; removing existing settling lagoons and replacing them with an equalization basin; new stormwater management; various improvements to the raw water pump station; demolition of a building no longer in use; repaving the entire driveway; a new storage room; a larger room for staff; and a variety of new equipment including a heating system that will not rely on fossil fuels.

In a 111-2 vote by ballot in March, Town Meeting representatives approved a $12.5-million bond for capital improvements to the plant. Kingsbury was hired in June to take on the project that comes with a nearly $12 million price tag.

On Tuesday, the board ratified two emergency expenses related to the water system: $11,421 for replacing a failed blower used in the filtering process at the plant and $18,000 for repairs to well pump at the Retreat Wells. Town Manager Peter Elwell said the purchases needed to be made immediately because they are essential to operations.

The board also approved a motion to submit an application seeking $100,000 in state funds for planning to make improvements to the water distribution system.

BRATTLEBORO — Town Meeting members will consider if $12.5 million in financing should be sou…

BRATTLEBORO — Town Meeting representatives resoundingly approved, by a vote of 111 to 2, a $…