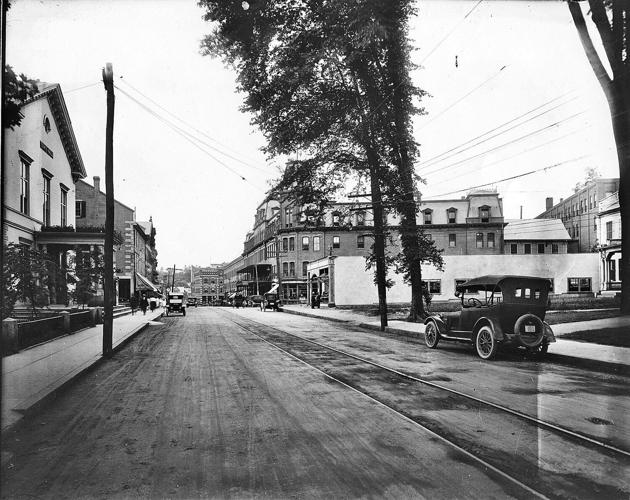 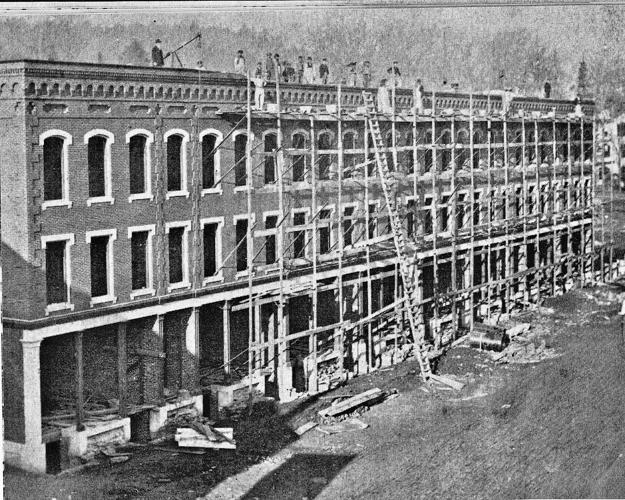 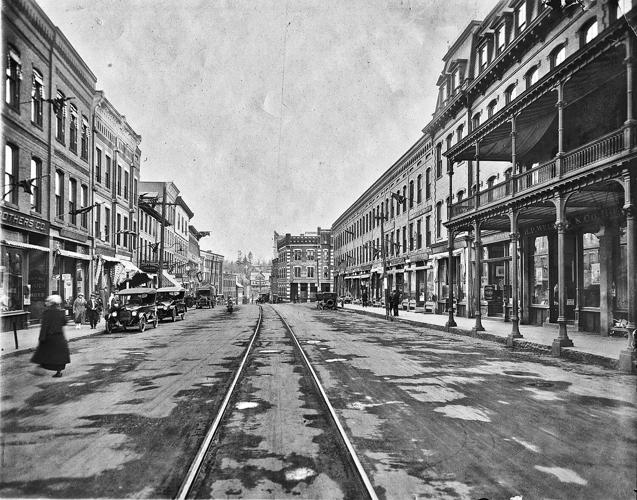 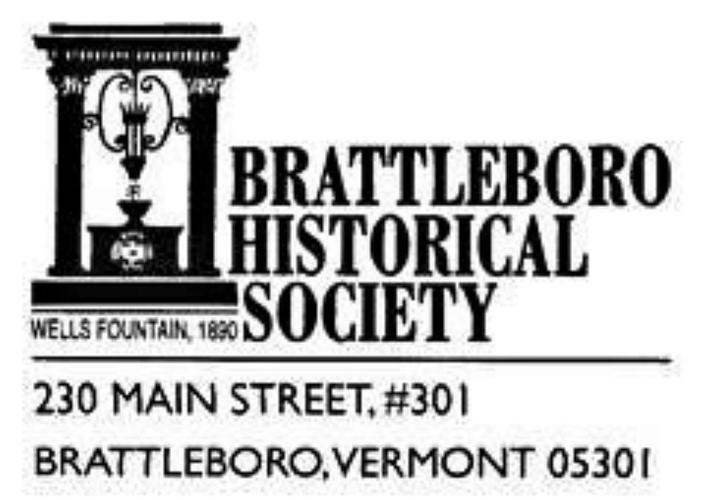 In 1870 Brattleboro was in a lot of trouble. In the previous year two disasters had devastated much of the town. A flood had come ripping down the Whetstone Valley and destroyed many mills and businesses along the brook. The deluge had washed away the Main Street Bridge and before the damages could be repaired a fire burned the west side of the Main Street commercial district to the ground. All the buildings and businesses between Elliot and High streets were gone.

For eight months community leaders traveled to New England's financial centers in hopes of finding companies or institutions that would be willing to invest in the rebuilding of our downtown and industries. There were no takers.

Vermont's economy was suffering from a post-Civil War recession and residents were leaving Vermont for other, more prosperous, opportunities in the West. It was in this time of despair that two local men stepped forward to begin the healing process. In July of 1870, local businessman Edward Crosby purchased half of the business district destroyed by fire and ordered one million bricks to rebuild the west side of Main Street. Another local resident, George Brooks, purchased the remaining land and built one of the fanciest hotels in New England, the Brooks House.

After the Whetstone flood, the Estey Organ Company moved to Birge Street and expanded from 225 employees to over 500. The Esteyville neighborhood was established and the Estey Company became the largest employer in Vermont, fluctuating between 500 and 750 employees during these five decades. Thanks to local investment and community spirit, Brattleboro emerged from the edge of financial ruin. This was the beginning of the modern Brattleboro we know today.

During the next 50 years Brattleboro continued to grow. Its population almost doubled during the ensuing five decades. George Crowell moved to Brattleboro to become a fixture in the publishing and water system businesses. Crowell's "The Household" magazine was published out of the newly rebuilt Crosby Block on Main Street and by 1990 had 90,000 subscribers.

Brattleboro had been known for printing and publishing since the early 1800s and Edwin Hildreth came to Brattleboro from Hinsdale in 1881 to learn the printing trade. In 1887 he established his own business, E.L. Hildreth and Company. In 1890, the company expanded and moved to Crosby's Harmony Place building in downtown Brattleboro, (now the location of a parking lot behind Main Street). The business continued to flourish and became one of the largest printing establishments in New England.

Local boy, Clark Fitts grew to be the most prominent lawyer in Vermont and he fostered a great deal of the business development in the Brattleboro area, including the Vernon Dam, the Cotton Mill and the joining of the Central Vermont Railroad with the Boston and Maine at Union Station. He also negotiated the agreement that turned Crowell's private water system into the publicly owned Brattleboro water system we have today.

In 1882, voters at Town Meeting decided to raise taxes in order to fund a free public library in the Town Hall. Construction on the new high school at the north end of Main Street also began that year as the town committed itself to a strong, public education system. In 1886, the library received a great opportunity to expand when George Brooks funded the construction of a new library building across the street from Town Hall. The public library made all Brattleboro women and men eligible for library membership and children could borrow books if their parents signed them up for the privilege.

As Brattleboro grew and prospered, people in surrounding towns began to see Brattleboro as their market town, or "hub." In 1895, Brattleboro built a trolley system which connected the East Village with Centreville and the West Village. The trolley also ran south to the top of Cotton Mill Hill. This allowed people to travel more freely among the various neighborhoods in town.

With the rise of industry and commerce came an influx of immigrants who worked in the mills and industries. Entertainment options became plentiful. The Valley Fair occurred each September and drew tens of thousands of people from all parts of New England. Vaudeville acts, singers, bands, speakers and moving pictures were featured at the Paramount Theater, the Princess Theater, Town Hall Auditorium and at Island Park.

In this arts oriented environment local young women, Mary Howe and Harriet Brazor, worked at their craft and became two of the most revered internationally known singers of their time. Mary Wilkins moved to Brattleboro at the age of 15 and developed her storytelling skills by writing short stories featuring independent New England women in settings similar to Brattleboro. She went on to become the most prominent female author of the era, (rivaling Mark Twain in book sales).

In 1909, two Brattleboro businessmen developed the island in the Connecticut River between Hinsdale and Brattleboro into "Island Park." It was designed to be a destination entertainment facility with a ball park, grandstand, dance hall, bowling alley, boat rental, and food service. Again, people from all over New England came to Brattleboro to visit the Park.

On Tuesday, Feb. 26, in the Strolling of the Heifers' River Garden, the Brattleboro Historical Society will host its exhibit, "Brattleboro's Defining Decades: 1870 to 1920" from 4 p.m. to 7 p.m. Hundreds of photos and artifacts will be on display and everyone with an interest is invited to attend. It is free and open to public. MuseArts worked with the BHS to create the exhibit and it won many accolades while on display in the Vermont Historical Society for the past six months. The BHS would like to thank Chris Grotke for his help with this project.