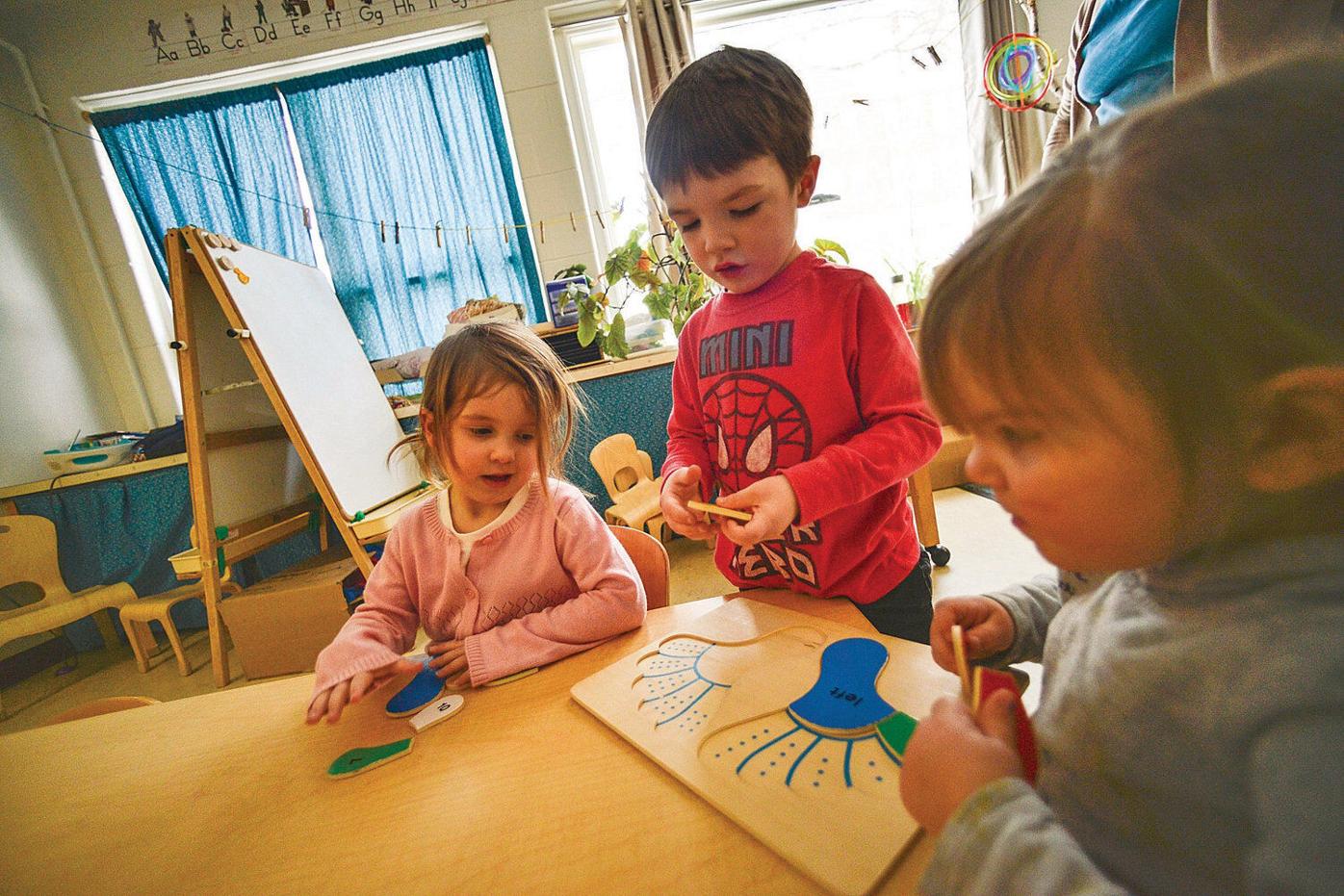 Charlotte Ferreira, Cortland Iselin and Payton Eastman work on a puzzle at Winston Prouty on Friday. 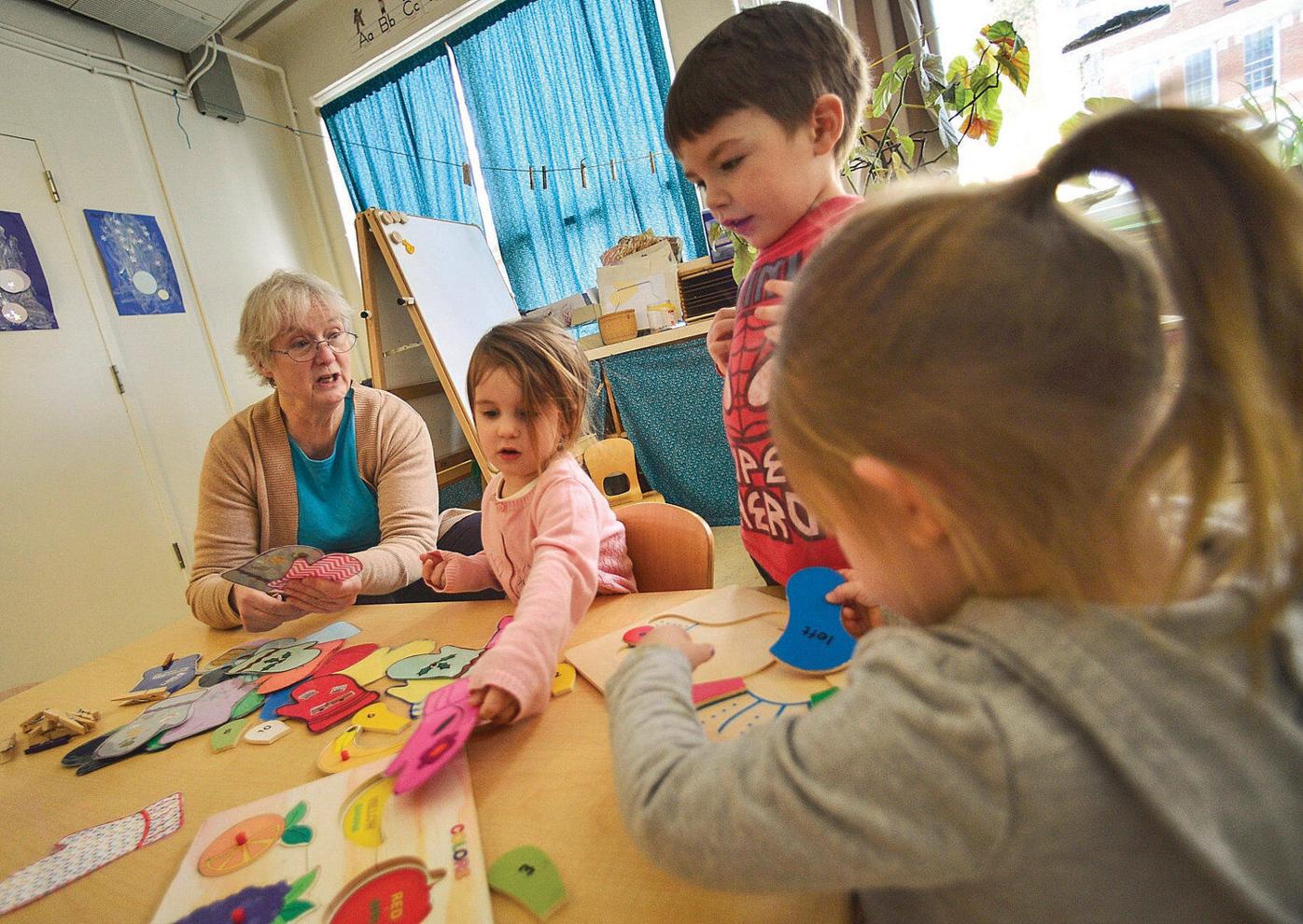 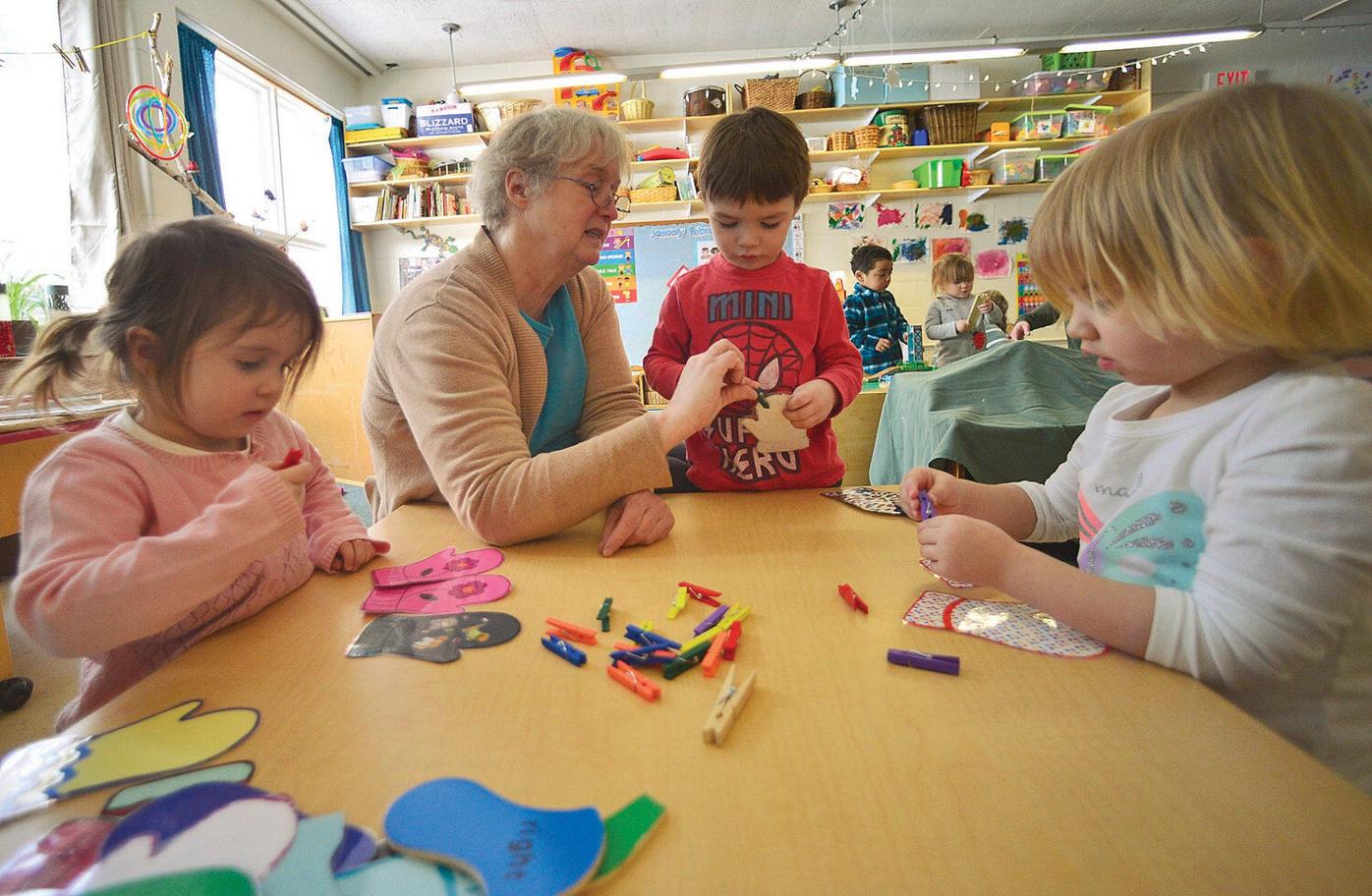 Charlotte Ferreira, Cortland Iselin and Payton Eastman work on a puzzle at Winston Prouty on Friday.

"The decreasing population of young people birth to 18 does not bode well for Vermont," said Chloe Leary, executive director of the Winston Prouty Center for Child Development and a member of the Southeast Regional Building Bright Futures Council.

To make matters worse, said Dora Levinson, while the percentage of young children in Vermont, and Windham County, is decreasing, the needs of those who remain are increasing.

The number of Windham County children younger than 6 years old living in poverty — defined as 200 percent of the Federal Poverty Level — increased from 37.6 percent in 2010 to 49.8 percent in 2016, said Levinson, who is the coordinator for the Southeast Regional Building Bright Futures Council. The rate of children younger than 9 years old, per 1,000 in the custody of the Department of Children and Families increased from 10.9 in 2012 to 24.1 in 2016.

Building Bright Futures is the designated Vermont Early Childhood Advisory Council to the governor, administration and Legislature in Vermont. It is a state-wide, non-profit, public-private partnership focused on improving the well-being of young children, from newborn to 8 years old, and their families by improving the system that serves them. The BBF State Advisory Council and its 12 regional councils were established in June 2006 through an executive order to advise the governor on early childhood well-being.

Vermont Act 104, which was passed in May 2010, established BBF as the advisor to the governor and Legislature on the well-being of families and children.

According to its mission statement, "All Vermont families and children

will have access to a continuum of comprehensive, high quality early childhood programs that meet established standards, promote school readiness, and address the needs of the child and family."

According Levinson, the coordinator for the Southeast Regional Building Bright Futures Council, the issues that affect children and families in Windham County are no different from the issues around the state. In Windham County, the number of children has decreased from 3,200 to 2,900, but the percentage of children struggling with uncertainty has increased.

"The recession had a lot to do with that," said Levinson. "We are still feeling the effects of that."

"We see more families on the margins," added Leary. "Over my 11 years in this job, I've seen more and more families that are stressed out and working two or three jobs."

According to the report, a "basic needs budget" for a four-member family with two working parents living in a rural community is a little more than $84,600.

Leary said estimating a livable wage is a moving target when there are so many economic and demographic factors to consider. But looking at the numbers illustrates "how creative people have to be" to make ends meet.

Levinson said according to the numbers collected by BBF, those making 200 percent of federal poverty level are spending 42 percent of their income on childcare.

"The incentive is not to work and stay home and care for your children," said Leary.

Leary also mentioned "the benefits cliff," where families can't make enough money to meet expenses but make too much money to qualify for public assistance.

"In an optimal, fair, equitable world, we could all provide for our families without help," said Levinson.

One way the state government could make it easier for folks to make ends meet and reduce dependence on federal, state and local programs would be to provide universal child care, said Leary.

Because there is a shortage of regulated child care facilities, many people are relying on family members or friends to share informal or "underground" child care, said Leary.

"We have waiting lists," said Leary. "We have people who can't get infant and toddler care."

The regional council of the BBF is hoping to find solutions to those issues. It brings together service agencies in Windham County, such as Winston Prouty, where they can pool their knowledge base, compare their operating models, reduce redundancies and exploit their strengths, said Levinson.

"We are able to bring people together and have these cross-sectional interactions so that we can think together, for example, about food insecurity from a health perspective and what child care providers can do to address such situations," she said.

"One of our priorities as a council is social and emotional development and promoting a pyramid model of universal support for all kids," said Leary. "There are kids who don't need support, there are kids who need a little bit of support and there are kids who need a lot of support. No one entity alone can address these problems. The hope is that the BBF platform launches solutions. We are trying to make headway in helping kids and families have everything they need to be successful. We can't do it alone. Having a place to come together around these issues is a benefit for the community and for furthering the mission of Winston Prouty."

Having a regional council, though it is state supported, allows each community to focus on how best to respond to issues in their own unique situation, rather than having a mandated solution come from Montpelier, said Leary. BBF and child care providers such as Winston Prouty are focused on identifying families in need and giving them the best tools in early childhood so they can be successful when they reach kindergarten and move through elementary school.

"Eighty percent of brain development happens by age 3," and Leary, "and 90 percent by age 5. We better get to them before they even get to kindergarten."

Matt Shibley, Health Care & Rehabilitation Service's area manager for school-based services, said being a part of the council is incredibly important for his organization.

"Early childhood issues are at the forefront for so many local and state organizations," he said. "From economic development, housing, the opioid epidemic to schools dealing with trauma, to have Building Bright Futures where everyone can come to the table regardless of their participation, is vital in building and strengthening our communities. HCRS is incredibly grateful for our community partners in Brattleboro, Springfield and Hartford."