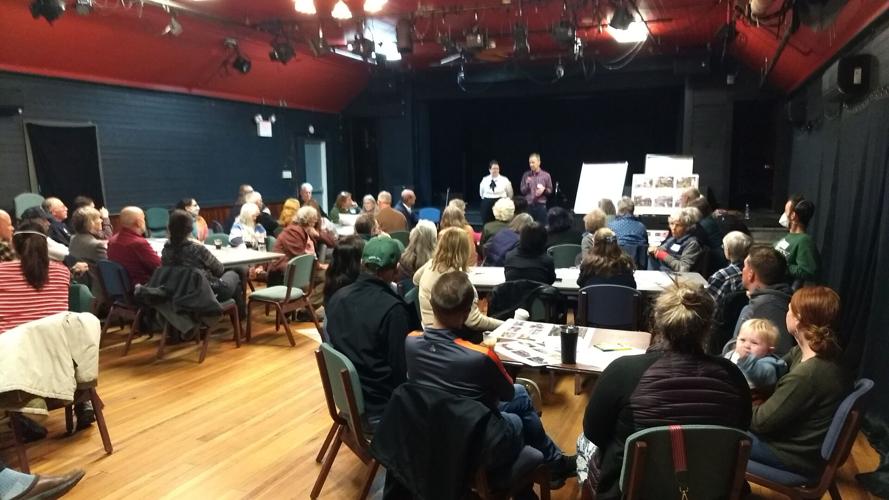 Dozens of Saxtons River residents showed up for a meeting Thursday night to discuss future uses for the property at 47 Main St. 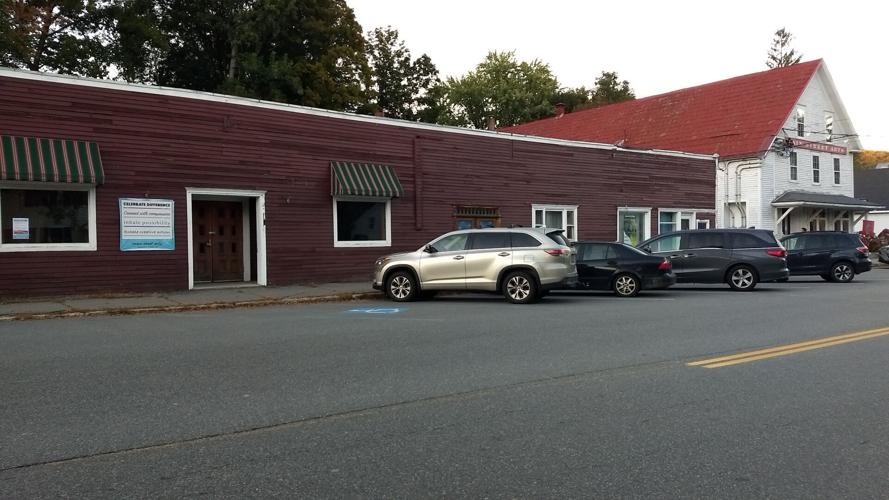 The building at 47 Main St. in Saxtons River has had many lives: a gas station, a hardware store, and most recently a restaurant and cafe, The Dish on Main.

Dozens of Saxtons River residents showed up for a meeting Thursday night to discuss future uses for the property at 47 Main St.

The building at 47 Main St. in Saxtons River has had many lives: a gas station, a hardware store, and most recently a restaurant and cafe, The Dish on Main.

The building at 47 Main St. has had many lives: a gas station, a hardware store, and most recently a restaurant and cafe, The Dish on Main.

The building, which is located next to Main Street Arts and was donated to the nonprofit organization, has been deemed too expensive to rehabilitate. A 2020 engineering study said the building needed extensive repairs, more than $500,000.

The town of Rockingham secured a grant to bring in planners from the University of Massachusetts-Amherst to work with the community to see what townspeople want for the property.

During a 90-minute planning workshop held in the upstairs theater at Main Street Arts, there was strong support for building the village a new fire station in the location.

There were also plenty of people who wanted a coffee shop or cafe, where people could gather to talk. Another suggestion was housing for the elderly.

Don’t forget the existing but vacant buildings on Main Street, said one woman. The building is also next to the Saxtons River Post Office.

Saxtons River Village President Amy Howlett said she was very pleased with the turnout, which she said was a great mix of new and old-time residents.

Professor Robert Ryan, chairman of the UMass Department of Landscape Architecture and Regional Planning, and a large group of graduate students in regional planning helped run the workshop. Ryan and his graduate students will be back in Saxtons River on Saturday morning at the post office to talk to more residents about their opinions about west Main Street.

Ryan, who has worked on several Vermont projects, including the new Hinsdale, N.H., bridge linking Brattleboro, said his students’ goal was to find out what the community wants.

He said after COVID, it was natural for the community to want to reconnect with each other.

Other suggestions went beyond the site: Buried utility lines was popular.

Residents, gathered together at about a half dozen tables, were given sheets of photographs of several Vermont villages and buildings, and then were asked to say what their favorites were and what they wanted to see on the west end of Main Street.

For Saxtons River Village Fire Chief Art Smith, it was easy. A fire station, he said, to supportive laughter in the audience.

Saxtons River has been debating — and fundraising — for several years about what to do with the fire station, which is not large enough to house the department’s equipment.

On top of that, it is dangerously close to the village’s namesake — the Saxtons River — and the station partially flooded in 2011 during Tropical Storm Irene.

Former Village Trustee Cecelia Bohannon also made a pitch for a new fire station, saying the community had already started fundraising for a new station — more than $8,000.

Another woman said it was important to keep a fire station in Saxtons River, so there would be a good response time to any fires.

Moving the fire station into the new location would keep it safe from flooding, and would also free up the original home of the Saxtons River Trolley for a community gathering place, one person noted.

Building a sense of community was important to the village, which is one of several within the town of Rockingham.

Caleb Saunders, who recently bought the closed Saxtons River Inn with his wife, Susan, said that they hoped the inn would be a gathering place for the village. The inn is a one-minute walk from Main Street Arts.

Resident David Moore urged Saunders to set up a schedule and list of tasks that volunteers could do to help them reopen.

The UMass planners will be at the Saxtons River Post Office on Saturday from 9 a.m. until noon, and then move down Main Street to the Village Market. They will return to Saxtons River on Nov. 2 to present their recommendations.