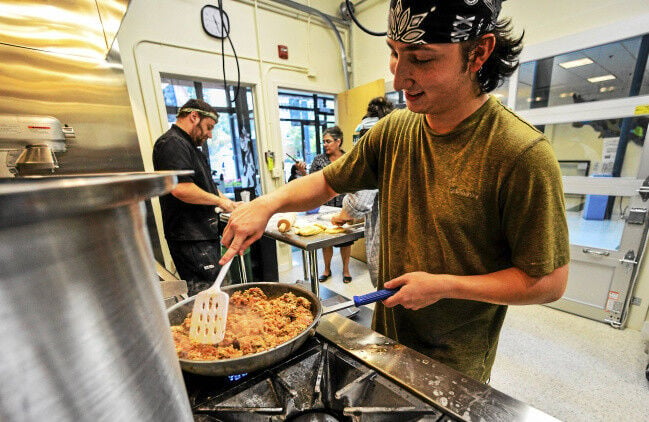 A.J. Rossi cooks the meat for the 2016 Strolling of the Heifers Farm-to-Plate Apprenticeship Program graduation at the River Garden on Monday, Sept. 19. 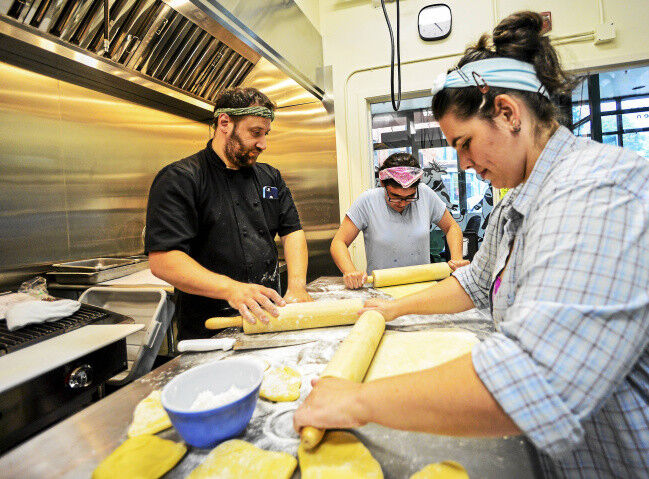 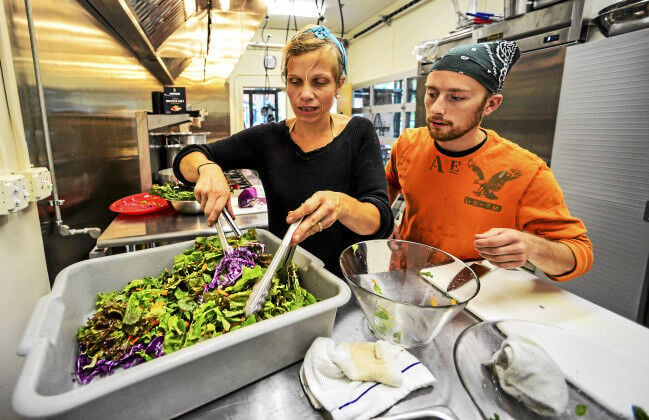 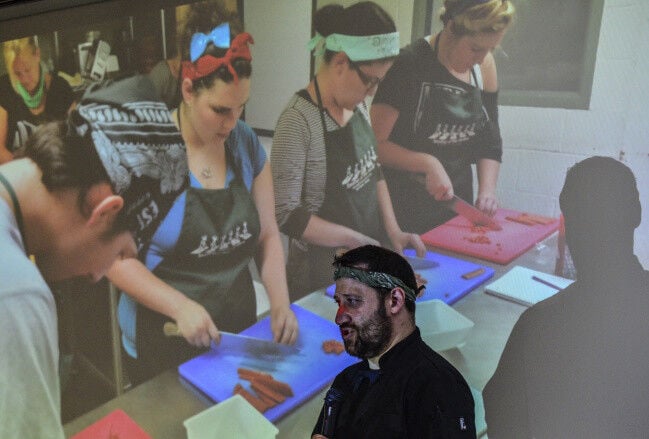 Chef Tristan Toleno talks about the graduates during the Farm-to-Plate Apprenticeship Program graduation.

A.J. Rossi cooks the meat for the 2016 Strolling of the Heifers Farm-to-Plate Apprenticeship Program graduation at the River Garden on Monday, Sept. 19.

Chef Tristan Toleno talks about the graduates during the Farm-to-Plate Apprenticeship Program graduation.

BRATTLEBORO — Students of a cooking program were busy in the kitchen Monday morning, preparing a meal to serve at their own graduation ceremony.

"Everyone here really needs to be congratulated. Everyone here is a support to these folks who took a risk in taking this course," Orly Munzing, executive director of Strolling of the Heifers, told attendees gathered at the Robert H. Gibson River Garden. "It was not easy but we did it."

Chef Tristan Toleno, also a state representative for Brattleboro, taught the class for the second year in a row.

"It is such an incredible experience to work with people who are trying to learn, trying to push their boundaries, trying to figure out what the next step is in their life," he said, adding that he would argue with, burn and get in the way of students.

Toleno also would tell them everything they're doing is "wrong." He said the process is meant to build foundational skills so students who succeed in internships will find jobs.

"If not, we'll help people find their next gig," said Toleno.

Vicki Friedman, job coach, encouraged graduates to come back and check in.

"It was nice working with Tristan (Toleno)," she said.

One graduate became a father while participating in the program. Another was a mother "trying to juggle many things" while helping her own mother with issues, according to Munzing.

"Your heart is bigger than this room," Munzing told a graduate who's "a wonderful friend" to a disabled woman. "I just know you're going to go very far."

"We have hired individuals who have come through this program," she said. "We are a family of employees. We try to build up an environment where every person is known and known well. We applaud them for their accomplishments."