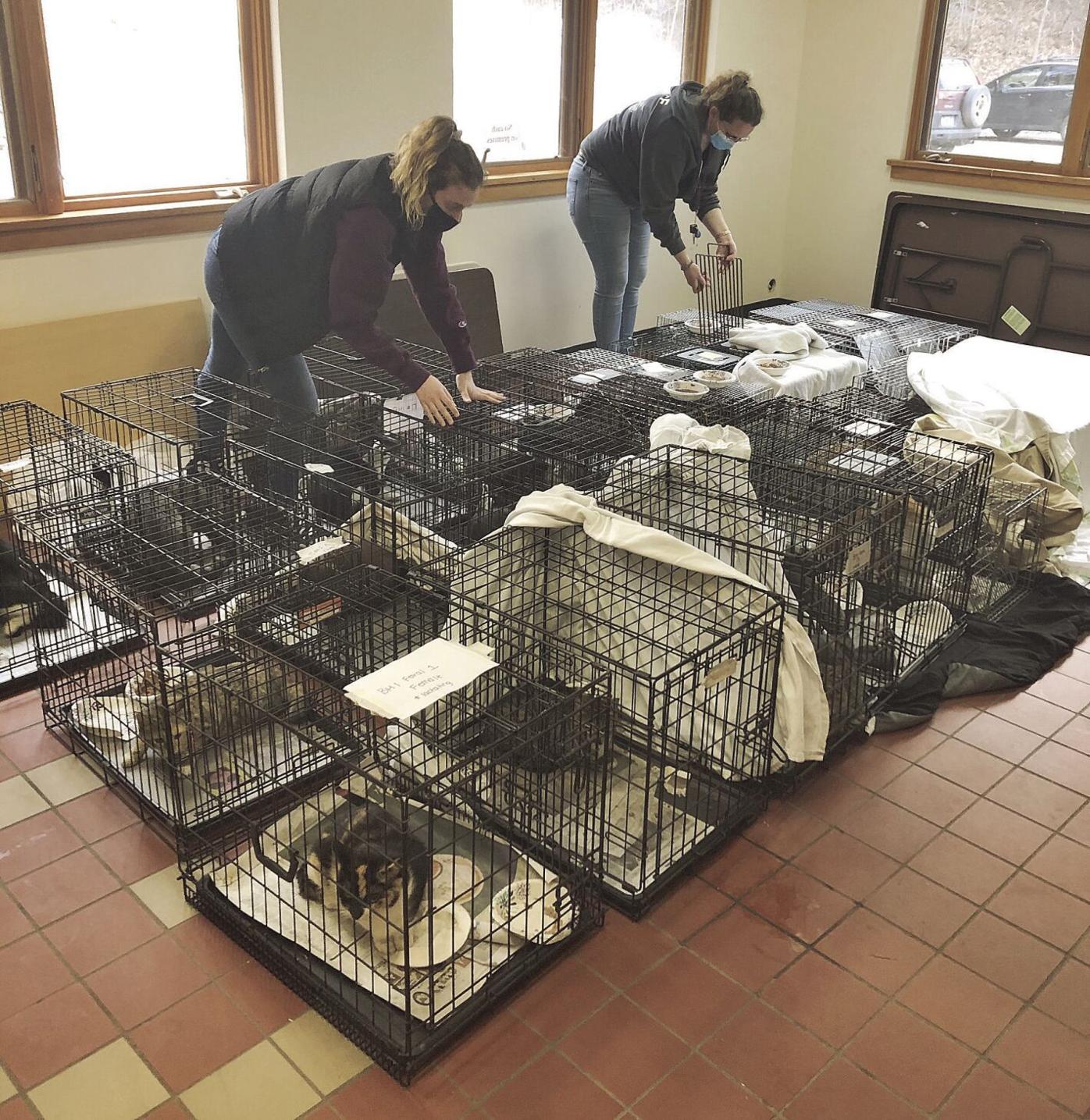 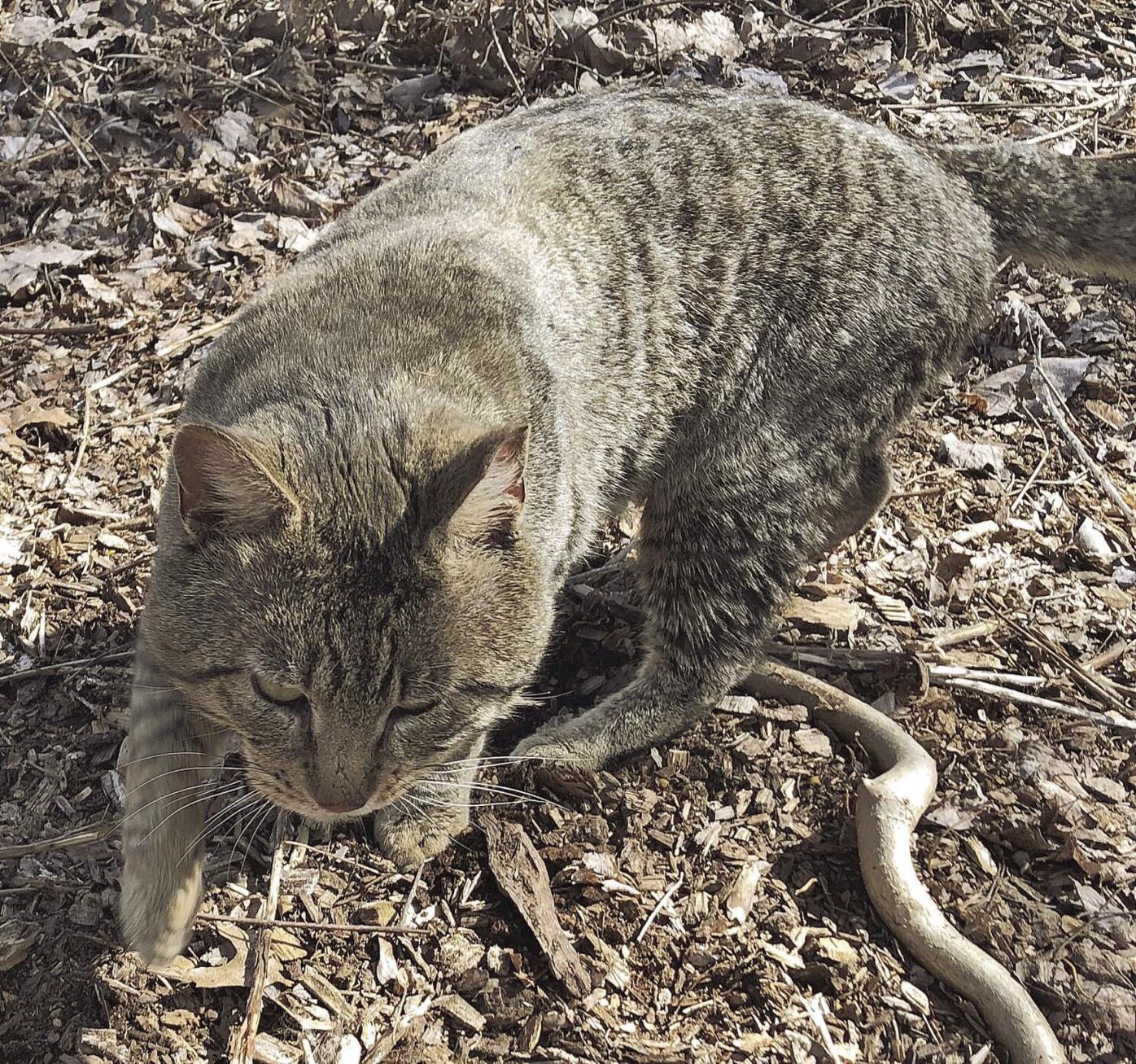 One of the cats Windham County Humane Society staff trapped, neutered and released in Brattleboro. 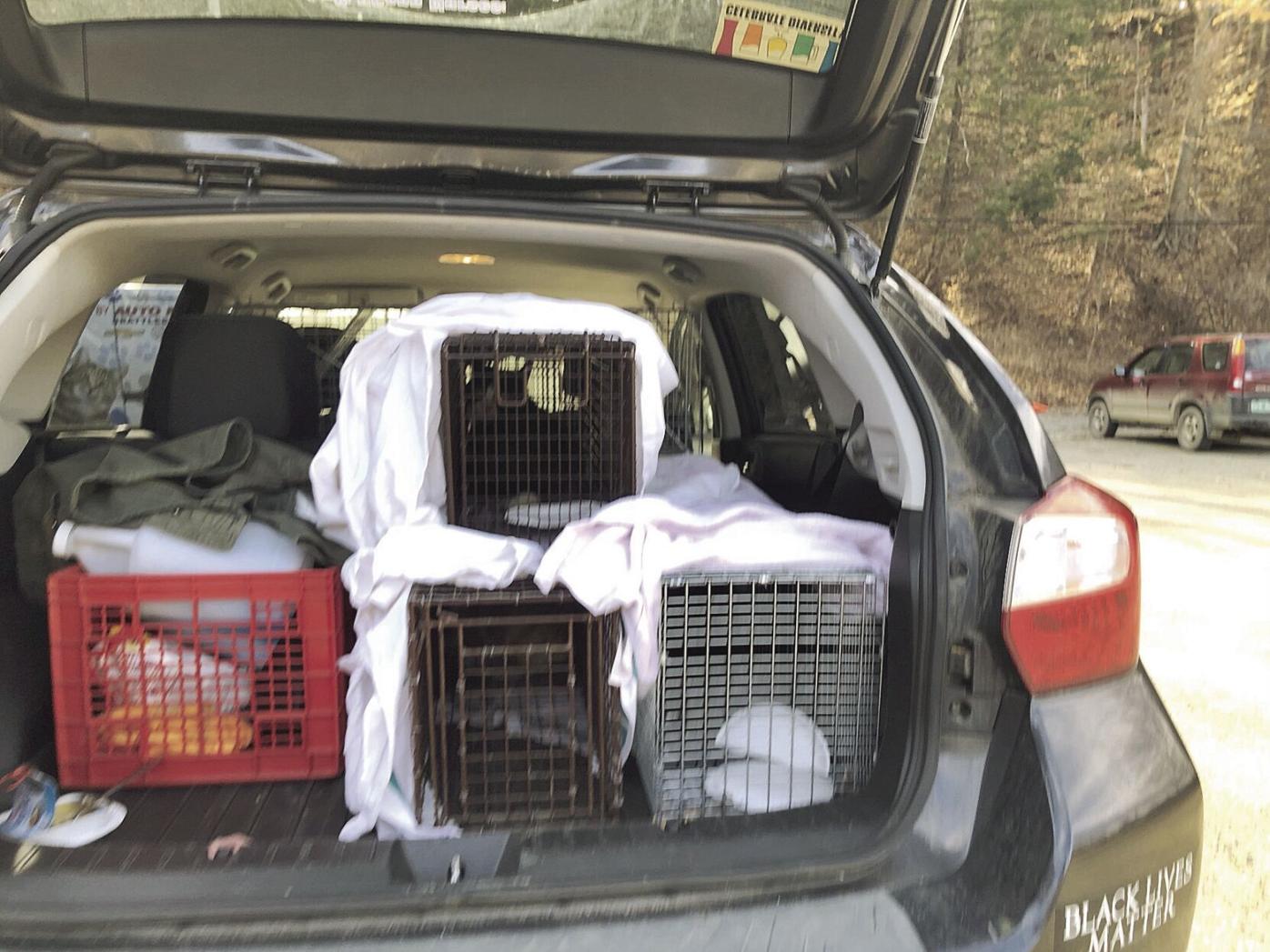 One of the cats Windham County Humane Society staff trapped, neutered and released in Brattleboro.

BRATTLEBORO — A colony of 31 cats living at a property on Putney Road was trapped, spayed or neutered, and given vaccinations if needed.

“Then we had to do our homework to come up with a plan and get all the pieces in place,” Guion said. “With the colonies, the advice is to try and get everybody done at one time. If you do it piecemeal, you don’t keep up with the reproduction rate. You do all this work but you don’t shrink the colony.”

Humane society staff started trapping cats in the middle of a Monday before a veterinarian clinic scheduled the next day. They were trapping until 7 p.m. that Monday then went back the following morning to get the last remaining cats, Guion said.

Part of the planning involves the weather. Trapping shouldn’t happen when it’s “super cold” or wet unless the traps are going to be covered, Guion said.

Monadnock Humane Society took five of the cats for a barn cat program, and a local volunteer and animal advocate took seven cats for re-homing as “working cats,” according to a newsletter from the humane society published last month.

“Nineteen cats were returned to the colony — a better size than 31!” states the newsletter. “Now that the majority of the cats are spayed and neutered, the colony will continue to shrink, the cats will roam less and there will be less fighting and fewer injuries. The female cats will not be worn out by endless litters of kittens.”

Guion said the humane society has provided services to trap, neuter and return cats to local areas for a long time. She remembered helping a local farmer years ago with 60 cats on a property.

“Research shows that Trap-Neuter-Return (TNR) is the humane and effective approach for community cats,” states alleycat.org. “TNR improves cats’ health, saves their lives when they otherwise would have been killed in shelters, addresses community concerns, stabilizes colonies, and helps cats and people coexist.”

The humane society tends to help with cat colonies in smaller numbers. “Colony managers” will bring in three or four cats at a time, Guion said.

With people staying home more during the COVID-19 pandemic, she anticipates there might be more big colonies that need services in the future. One upcoming project involves a residential area on Elliot Street in Brattleboro.

Guion hopes to get volunteers to go door to door to let neighbors know what’s going on. She’s encouraging everyone on Elliot Street with a cat to put a break-away collar on their pet so they don’t inadvertently get trapped.

Writing for the 4 Legs & A Tail magazine, Guion said animal welfare organizations have made “huge advances” in how they work with cats.

“It used to be that stray cats who weren’t friendly or healthy were euthanized in shelters Eu,” she wrote. “Euthanasia is not cheap and it’s hard on staff. Legal requirements to hold a stray for five or more days led to overworked staff and a shelter full of terrorized cats whose fate was euthanasia after days of torturous imprisonment.”

Bringing a cat to a shelter is a good way to ensure the animal doesn’t get back to their home, Guion wrote.

“Nationwide, an estimated 2 percent of cats are claimed in shelters,” she wrote. “At the Windham County Humane Society, that figure is 21 percent. Better, but by no means good. Research shows that when a dog goes missing, owners start looking that day. Cat owners wait three or more days, often assuming their cat has been hit by a car or been eaten by a predator.”

Guion called a cultural bias against collars on cats “a problem.”

“Owned cats end up in shelters or roaming free in local colonies and predating on wildlife, including songbirds,” she wrote. “If the cats have not been sterilized, a small population can grow at an alarming rate. Just removing cats from a colony doesn’t actually work. Trapping and euthanizing cats leads to the ‘vacuum effect.’ Remove 30 cats and 30 more will move in! It’s also very stressful for the cats to be moved to a new location. Keeping free-roaming cats in cages is inhumane.”

TNR is “the best approach for managing community cats,” Guion wrote. She said researchers found that 75 percent of a colony needs to be spayed or neutered to stop population growth.

“The approach is more humane, saves non-profit and government funds and doesn’t wear down staff with endless euthanasia,” she wrote. “Managing colonies and keeping them small protects wildlife, including our beloved song birds. Like many animal issues, cats are not really the problem. Humans are. We domesticated cats and we need to take more responsibility for our feline friends.”

Guion suggests getting cats fixed, microchipped and collars that have their owners’ phone number on them. She also recommends keeping cats inside or building a “catio” so they can safely enjoy watching wildlife.