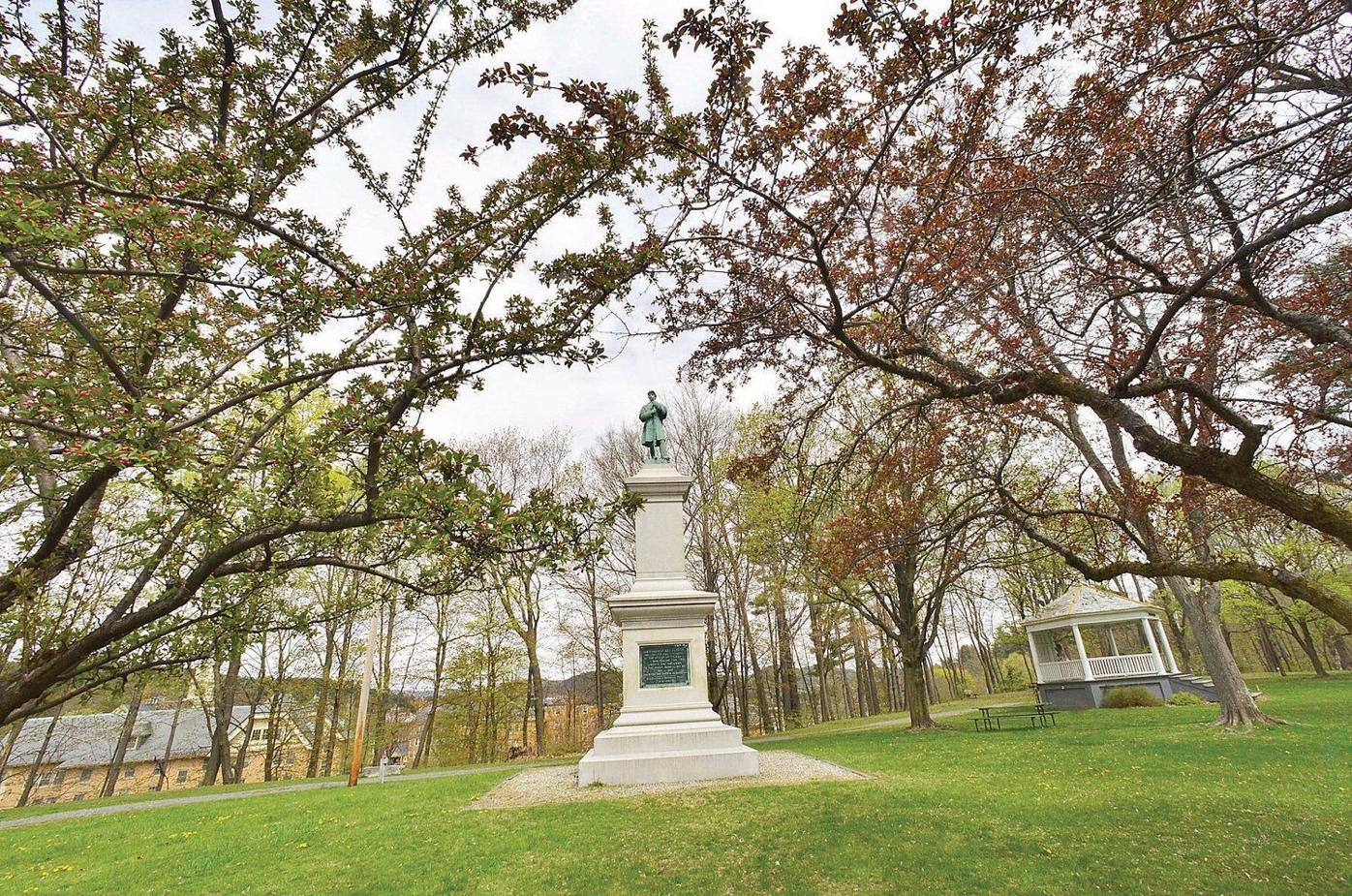 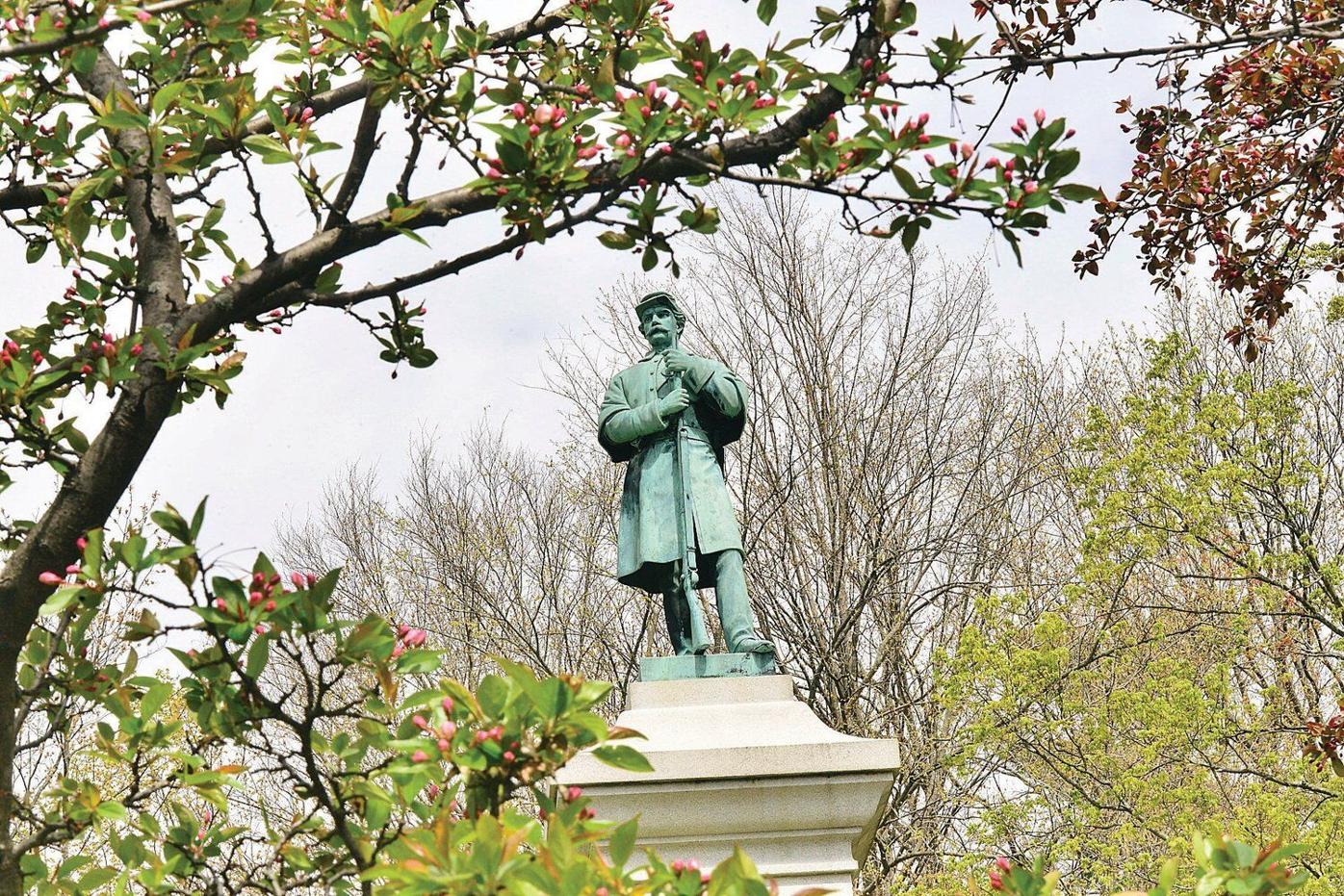 BRATTLEBORO — Plans are being explored to recognize people of color and others who served in the Civil War and are not counted on a monument on the Common.

"I hope it becomes an opportunity to rally around the understanding that history isn't always as it has been presented to us," Town Manager Peter Elwell said during a Select Board meeting held via teleconference software Tuesday.

He called it "unfortunate" that the project was not publicly known earlier on. A different veterans monument on the Common was vandalized last week with a message that read: "+65. POCs Lives Matter Too."

In the winter, Elwell had a meeting with students who have researched the issue with Brattleboro Area Middle School social studies teacher Joe Rivers. Rivers also is on the Brattleboro Historical Society, which had an article about the project published in the Reformer in December.

Rivers and the students thoroughly researched source documents and confirmed the Civil War monument in town is incomplete, Elwell said. He noted omissions involved racism and classism, as both white and black men with lesser means served on behalf of wealthier white citizens.

Collaborative work needs to happen in the community to see what to do to correct the error, Elwell said. He envisions bringing a proposal before the Select Board with the historical society, students, and individuals and organizations representing veterans and marginalized communities.

Elwell recalled receiving an update about the project during the first week of March, just before the coronavirus pandemic disrupted the community. He expressed regret for not sharing any information publicly at the time.

"I didn't and some individual made an unfortunate choice to protest in a way that was meant to call attention to this," he said. "And this process was very degrading to veterans and others in terms of how that message was conveyed to the community."

The monument was cleaned quickly Monday morning, Elwell said. He anticipates it will take some time to figure out next steps.

A new plaque adjacent to the monument is expected to explain and correct the record without altering the original monument.

"There is a principle in historic preservation that you don't remake something historically significant to reflect current styles or standards," Elwell told the Reformer. "So, for instance, when a new wing is built onto a historically important building, it is best to not try to make it seem like it had been there forever. Rather, the design of the addition should be complementary but clearly different than the original."

Tom Costello, commander of American Legion Post 5, said his group would be honored to participate in the search to identify all of the soldiers.

"We support the inquiry to identify any individuals who served and died and are not presently on the monument, particularly because this inquiry was made by our students, because they are carrying forward the work they did before and will do again," he said at the meeting. "We do not leave anyone behind and we'll be honored to dedicate the memorial when all have been identified. These are our brothers and our heart aches for any of them who have not had the proper recognition."

Board member Daniel Quipp asked if the other veterans monument — the memorial for Brattleboro residents who died in World War I, World War II, the Korean War and the Vietnam War — is accurate and complete. Elwell said he is not certain but has more confidence in its accuracy and will check.

Board Chairman Tim Wessel said he get can emotional about the issue since he had a brother die in service to the country.

"It hits very close to home," he said.

In a statement about the vandalism provided to the Reformer on Sunday, Wessel said, "I don't care how noble you think your cause is, this type of blatant disrespect for our men and women who have served and died in our nations' armed forces has no place in Brattleboro."