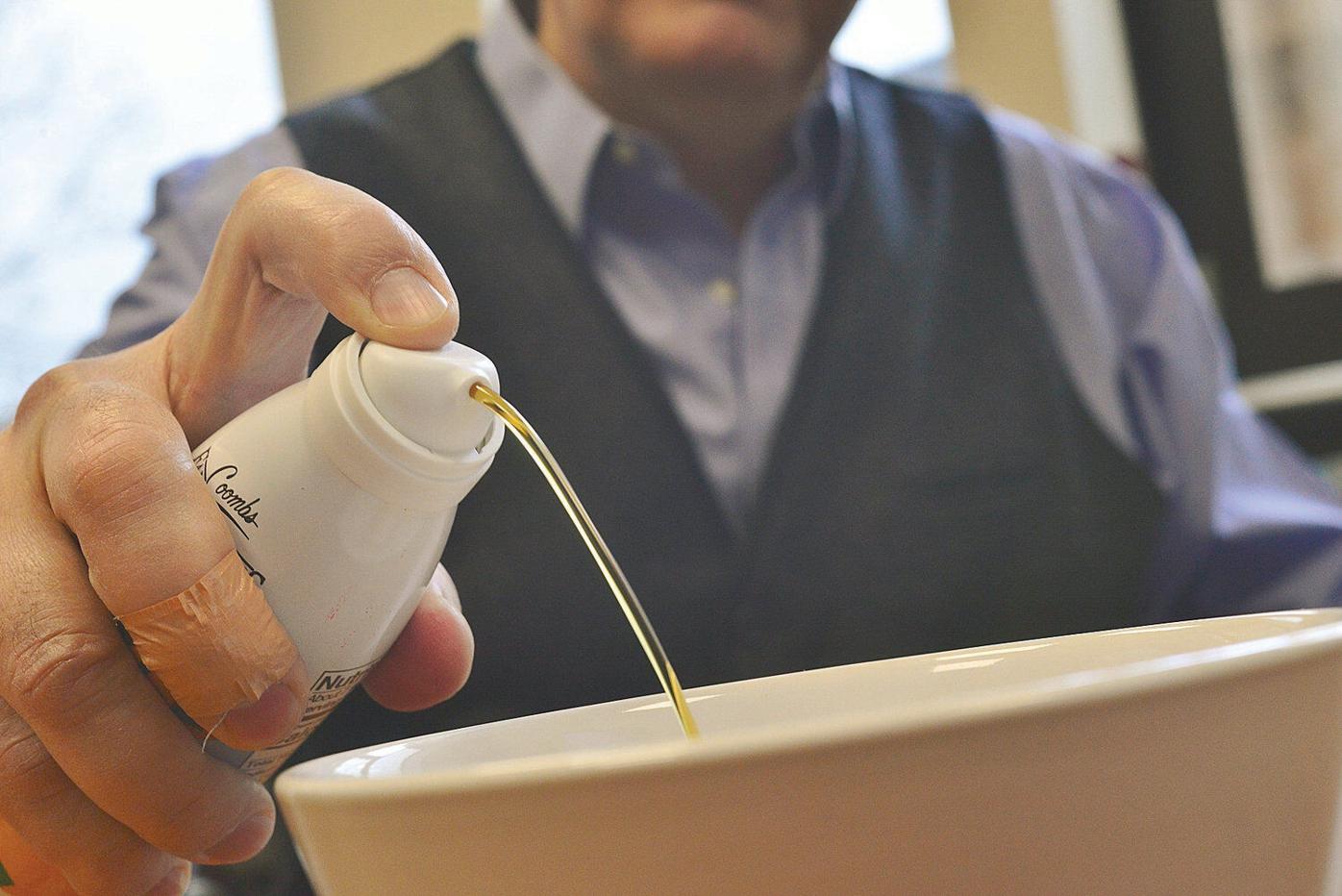 Arnold Coombs talks about the Bag-on-Valve technology used to create a maple stream. 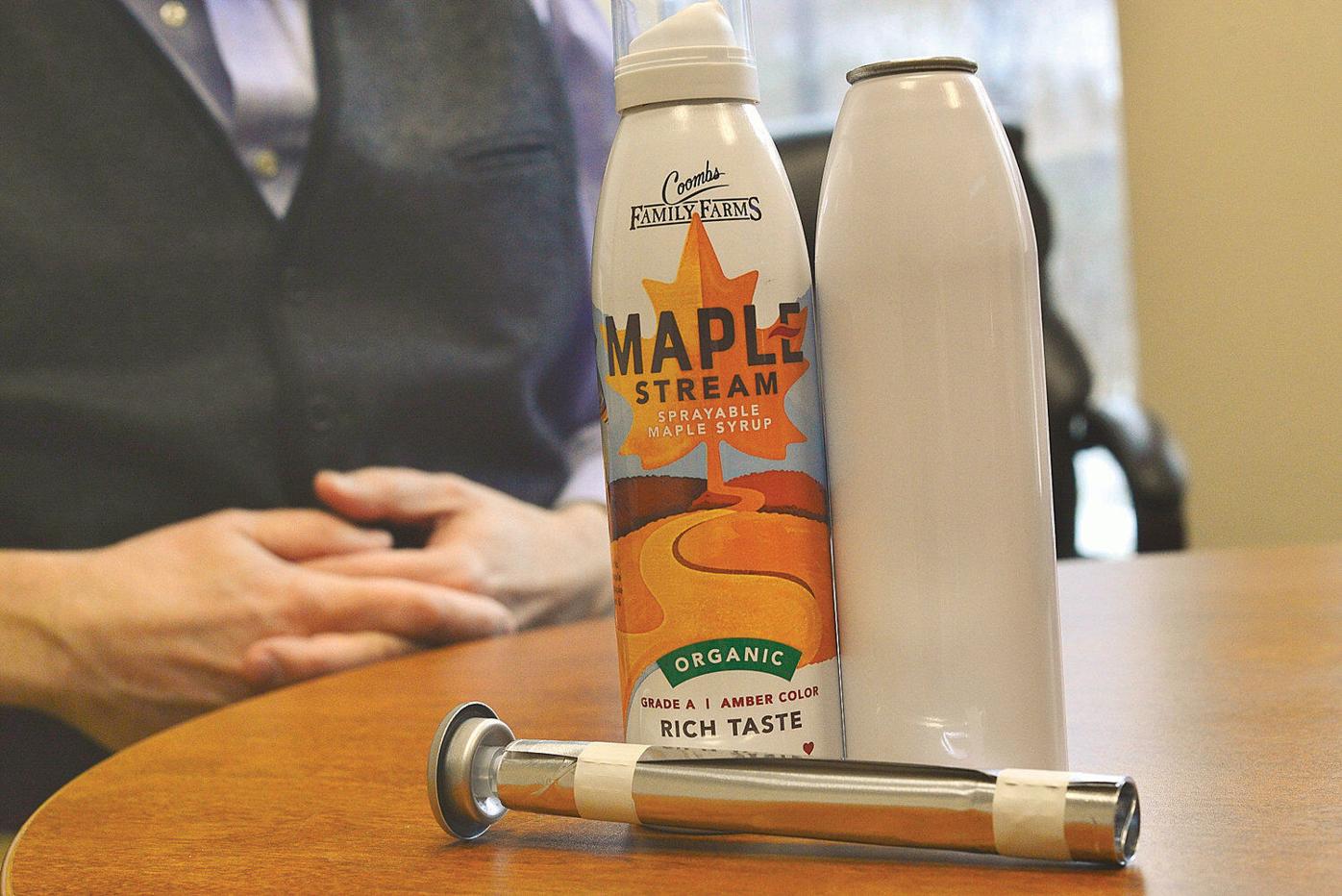 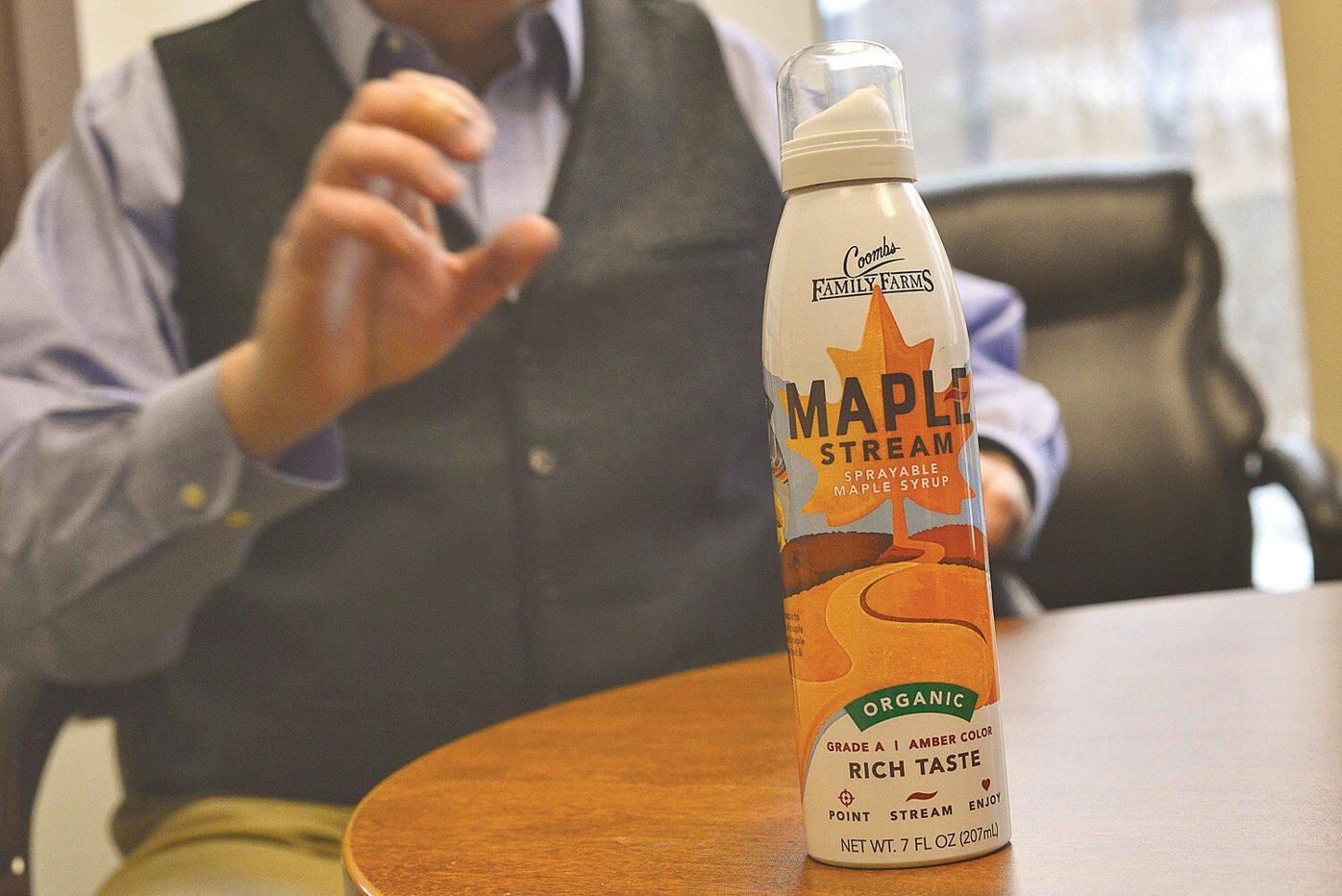 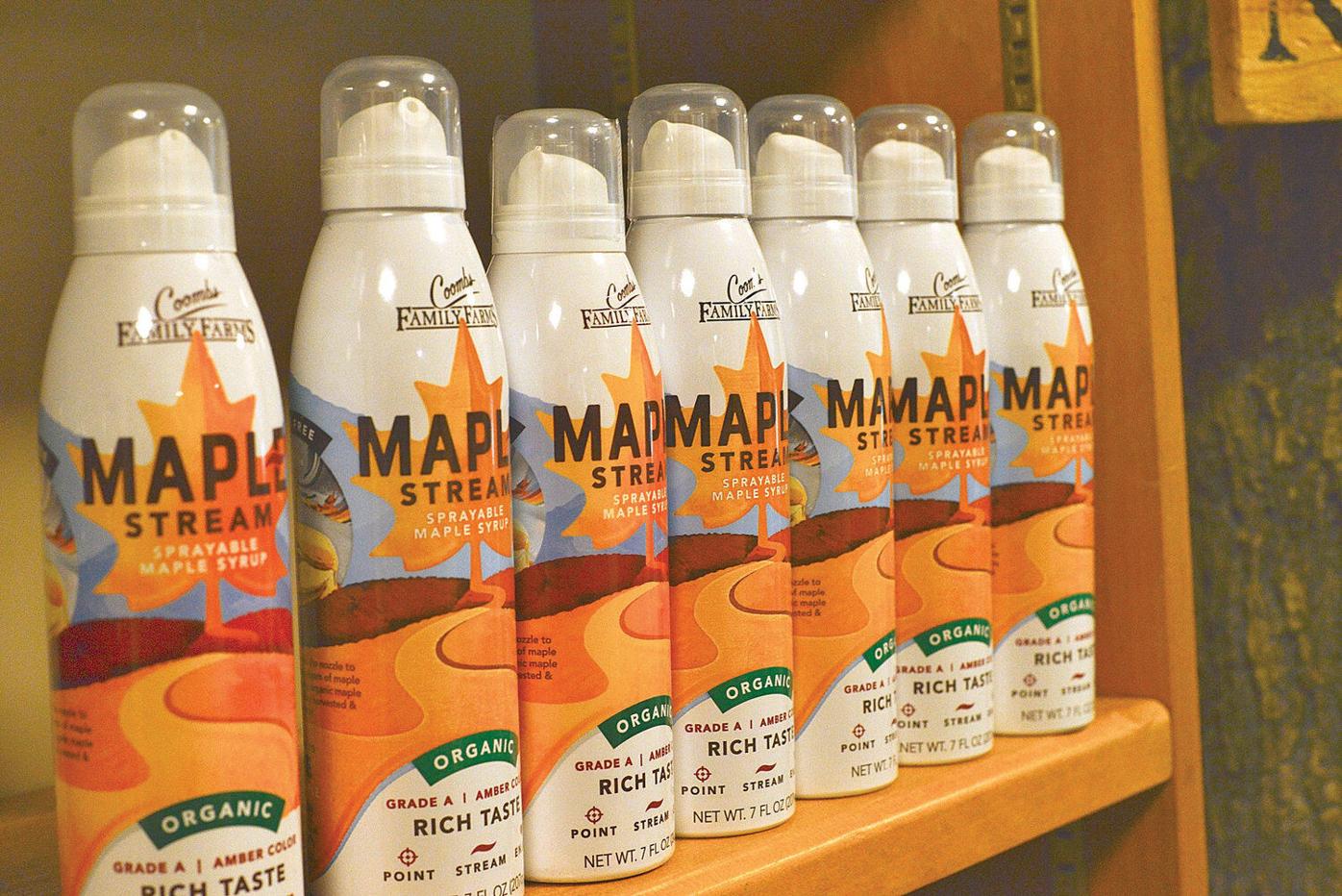 Arnold Coombs talks about the Bag-on-Valve technology used to create a maple stream.

BRATTLEBORO — Coombs Family Farms, whose name has been synonymous with maple in Windham County for more than 175 years, has come up with a 21st century innovation.

Arnold Coombs, director of sales and marketing for Bascom Maple Products, the parent company of Coombs Family Farms, said Wednesday the new organic product - "Maple Stream" - will help eliminate the age-old problem of kid spills and stickiness that are the big complaints from parents during all-important family breakfasts. Coombs said the company is always looking for new ways to sell maple, and parents told the company that spilled syrup and sticky jugs and bottles was a problem. Parents were opting to give their pancake-loving children other syrups, as a result, he said.

Bascom Family Farms sells syrup to Stonyfield yogurt, Boar's Head meats, Johnsonville sausage, and Country Choice Organic, among other national food brands, and is the world's top maple syrup and maple equipment supplier. Its Alstead, N.H., sugaring operation has 105,000 taps, and produces 20 percent of all the syrup made in New Hampshire, Coombs said.

The technology came from a St. Louis company that made high protein waffles for athletes, and Coombs recognized that it could be easily adapted to delivering maple syrup, solving the mess issue. Coombs has been working on Maple Stream for about two years, working on the right design for the can. "So far so good," he said of the launch of the new product.

Maple Stream is like Cheez Whiz in a can - only instead of orange cheese, the stream out of the Coombs' nozzle is pure organic maple syrup, Grade A Amber. "Point...stream...enjoy," the directions say. "It's perfect for filling waffles," he said.

Convenience is a big selling point, said Coombs, who said the new product has been on the shelves of 1,600 grocery stores like Hannaford's and Market Basket since October. He said the Maple Stream cans are currently manufactured in St. Louis, but once demand builds, he expects it will be manufactured at Bascom's headquarters in Alstead, N.H. The bag-on-valve technology includes a special, patented nozzle, which doesn't get gunked up with the sticky sweetness that is maple, he said. The can touts the maple as "sprayable," but it's not sprayable in the strict sense such as sprayable baking spray, Coombs said. And since the maple syrup is in an air-tight container, it doesn't have to be refrigerated and can be left out on the counter or cupboard. Currently, Maple Stream is available in a seven fluid ounce container, a size perfect for smaller hands, but he said the company is thinking of producing larger, commercial sized containers for food services or bars, Coombs said. Feedback from bartenders who use maple for special cocktails such as maple mojitos are very excited about the new 'sprayable' technology, he said, because it's so convenient. "Mess free," the can promises.

Coombs Family Farms buys maple syrup from 3,000 Vermont sugarmakers, ranging in size from small to large. The Coombs family has been making maple syrup since the 1840s, he said, noting that his grandmother Mary had traced the family's maple roots in Jacksonville that far. Maple was traditionally made into sugar until the 1900s, when cans became available, with most sugarmakers turning to keeping maple liquid and selling it as syrup. He said the maple marketing business is very competitive. Maple prices spiked after three bad crops in 2008, he said, while prices have come down since then. When prices were so high, many people got into the maple business, he said.

As for the coming sugaring season, Coombs said it's always a "roll of the dice." There was no drought affecting the maple trees last year, he said, which is always good sign. "There's nothing going against it," he said.