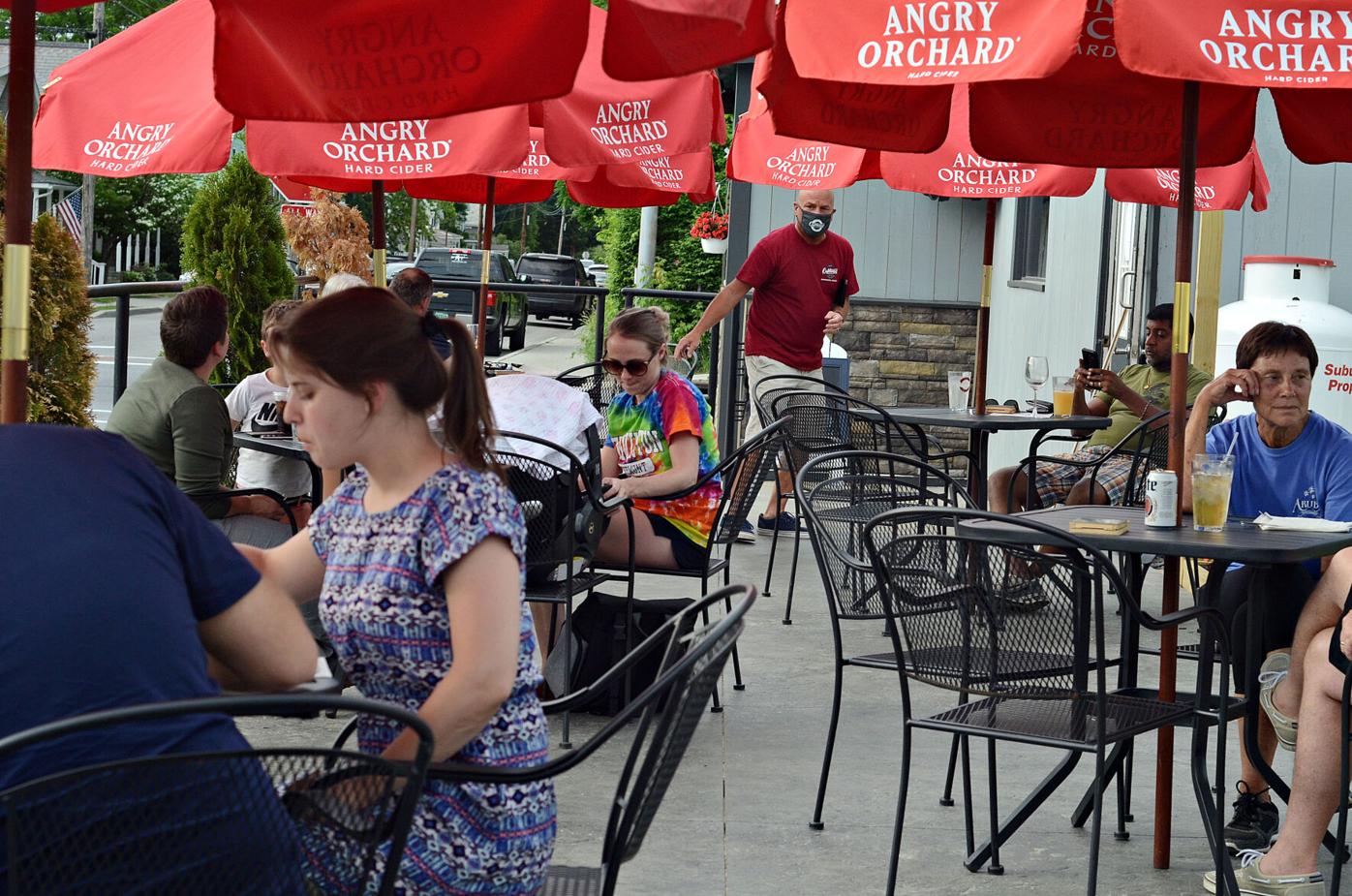 Diners enjoy the patio at The Dutchman’s Tavern in Bennington in this file photo from June 2020. 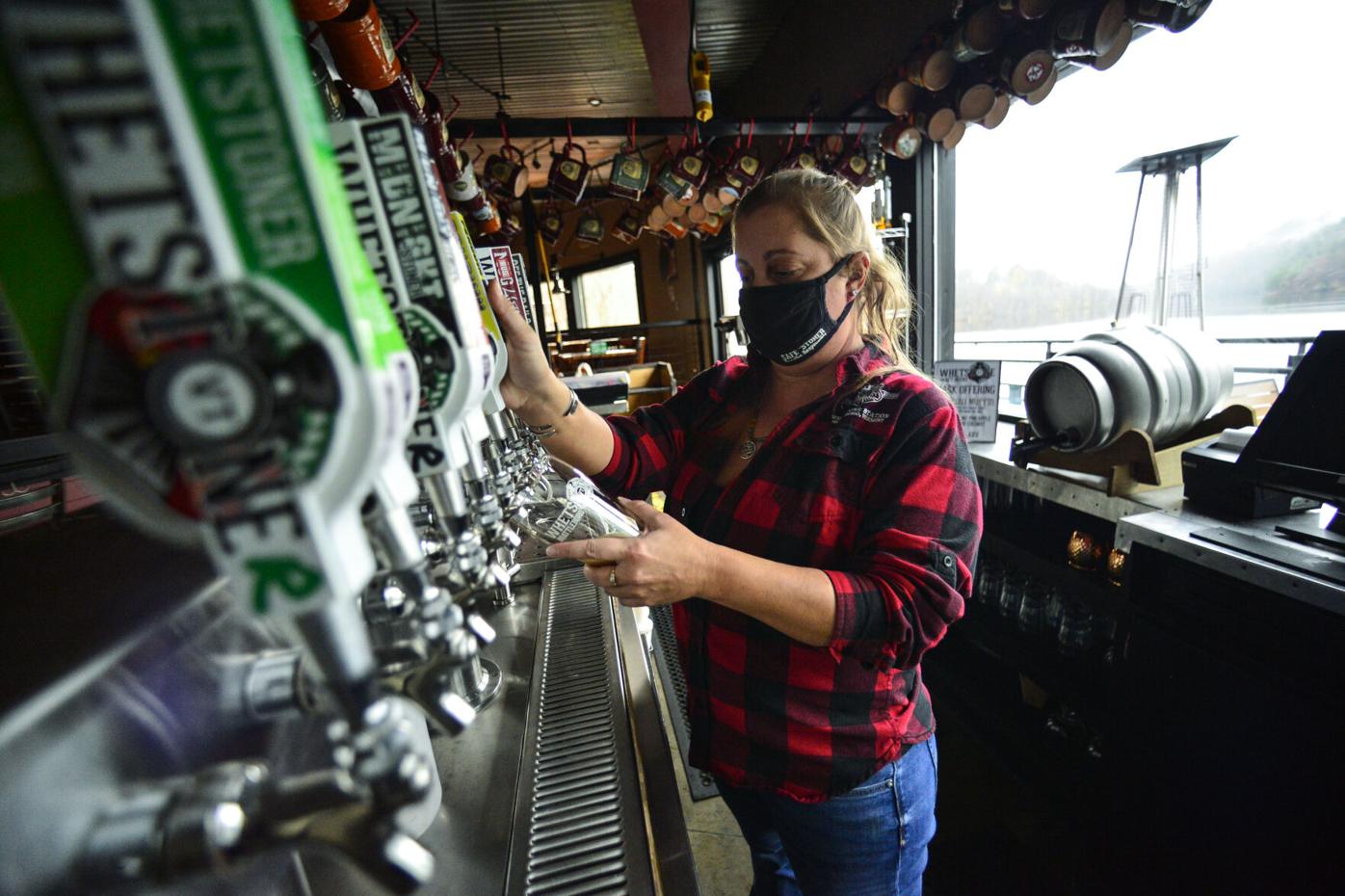 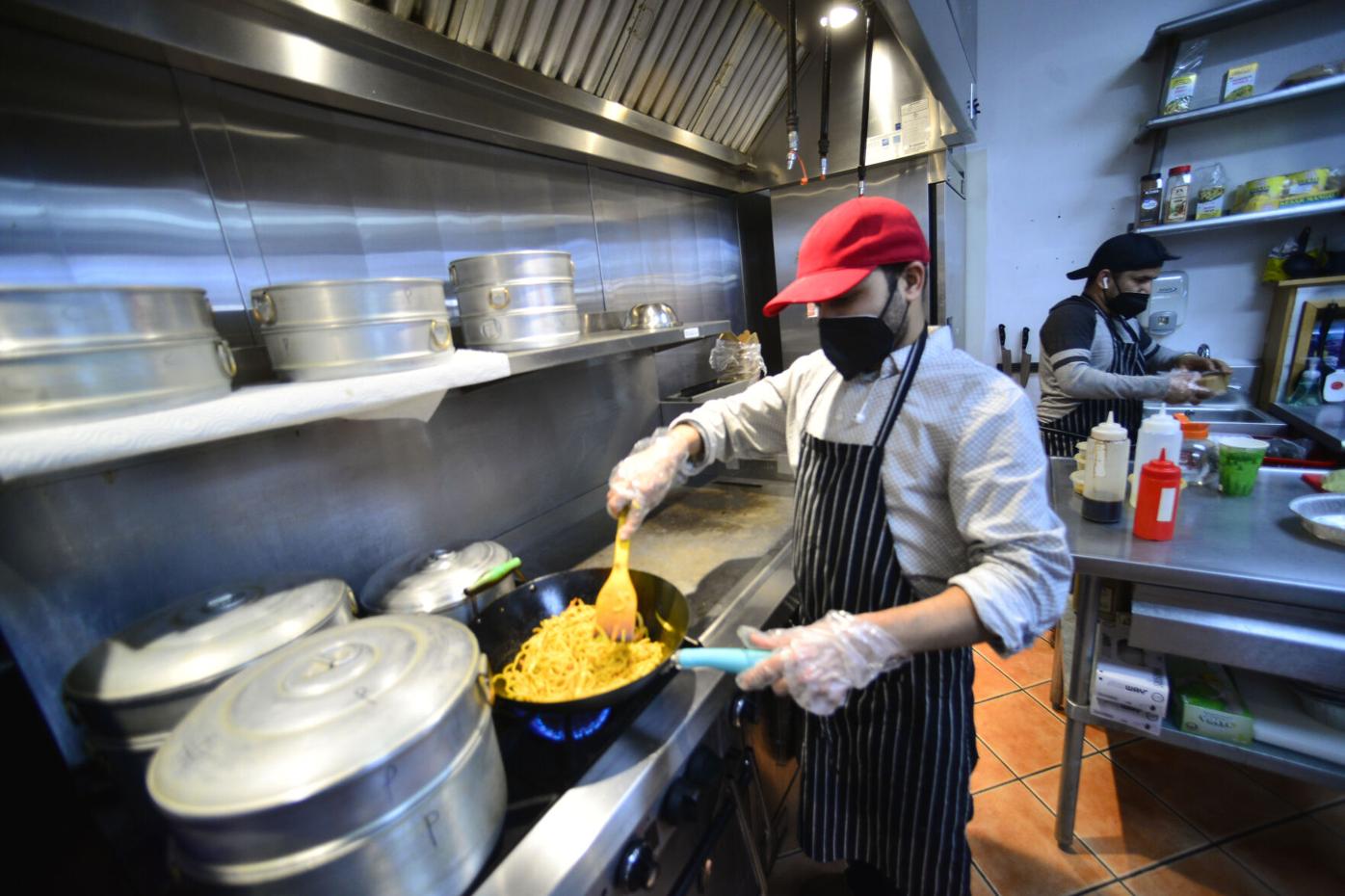 Devi Lal Niraula, a cook at Yummy MO: MO Brattleboro, on Canal Street, in Brattleboro,  cooks a meal for an order to go on Wednesday, April 7.

Diners enjoy the patio at The Dutchman’s Tavern in Bennington in this file photo from June 2020.

Devi Lal Niraula, a cook at Yummy MO: MO Brattleboro, on Canal Street, in Brattleboro,  cooks a meal for an order to go on Wednesday, April 7.

MONTPELIER — Gov. Phil Scott is lifting the 10 p.m. curfew on restaurants, bars and clubs as of Saturday, as the state continues to progress toward vaccinating 80 percent of its eligible residents and lifting all of its COVID-19 restrictions.

Scott announced that change, and the addition of another $2.35 million in federal funding for summer programming for children, during Friday’s COVID-19 briefing. Scott credited U.S. Sen. Bernie Sanders, I-Vt., who could not attend the briefing, with securing the additional funding.

The curfew was set last November during a surge in COVID cases, and at a time when nearly three-fourths of all new cases were resulting from exposure at parties and events. But that was a month before even a single dose of the three COVID vaccines now in use had been administered.

Now, Vermont is reporting 428,708 residents have received at least one dose, and 343,219 people have gotten their first and last doses.

Scott has pledged to lift COVID-19 restrictions the same day the state hits 80 percent with at least one dose of vaccine. As of Friday the state was reporting it was sitting at 77.6 percent and was still awaiting updated data from the U.S. Centers for Disease Control and Prevention.

The “Summer Matters” program, being coordinated by Vermont Afterschool, is awarding the dollars based on grant applications. Programs will be available in 13 of the state’s 14 counties, and will include community centers, libraries, summer camps, teen centers, non-profit social services organizations and more.

The additional dollars will help the state fund 100 programs, Scott said. Those dollars are in addition to school-based programming funded through the federal Elementary and Secondary School Emergency Relief (ESSER) grant program.

Holly Morehouse, the executive director of Vermont Afterschool, said the additional funding will provide for summer activities and employment opportunities for teens in areas where programs have been few and far between, or not existed at all. As a result, an additional 31,650 summer program slots are available, as well as middle school counselor-in-training opportunities and high school lifeguard and staff jobs.

“We expected announced grants for at least 60 additional programs within the next week or so,” Moorehouse said. “And we’ll be working with them over the next week to clarify budgets and confirm as many awards as possible.”

Scott and Sanders have both emphasized the importance of a restorative summer for the state’s youth, in which they can unplug from Zoom screens, socialize with friends and peers, and enjoy sports, arts and other activities that were restricted or off limits during the pandemic.

“The grantees who will be receiving these funds for their summer programs are key to ensuring our young people have the great summer they deserve,” Sanders said in a statement. “By making their programs free or low-cost, addressing transportation needs, and finding opportunities for older students — like expanded employment options — these organizations are tackling the major barriers faced by so many working Vermont families during the summer months,” he said.

“I thank each and every one of the people who have worked to make today possible and look forward to seeing all you are able to do this summer,” Sanders said.

SCHOOLS BACK TO NORMAL THIS FALL

If the state does hit the 80-percent mark before the end of the school year, that won’t affect the state’s guidance to its PreK-12 schools, Education Secretary Daniel French said.

The reasons, French said, are that the majority of school children are still not vaccinated against COVID-19, and that a lifting of restrictions may come with only a few days left in the school year. It takes time for schools to implement that guidance, he said, and “there’s simply not enough time in the year” to do so.

That said, the Agency of Education is also looking ahead to fall of 2021 — and the expectation that learning will happen in person. Attendance regulations will reflect that requirement, French said.

French said AOE believes there will not be a need for risk mitigation in the fall, that distancing will not be necessary, and that the state’s vaccination efforts will continue.

With that in mind, pre-pandemic attendance regulations will come back into play and flexibility around in-person attendance will not be provided, French said. But it is possible that some remote learning may be allowed in certain circumstances — “more based on the personal needs of students as opposed to a whole grade or a whole school,” he said.

The role mask-wearing will play in the 2021-22 school year will be reviewed over the summer, French said.

In his update, Health Commissioner Dr. Mark Levine said a COVID variant first identified in South Africa has been detected in Vermont.

The variant “does still respond” to the existing COVID vaccines in variable ways, Levine said. But it’s not believed at this time that the variant or any others are having an impact in Vermont. “So let’s keep it that way,” he said.

At the end of the briefing, the 142nd since the pandemic began, Scott announced the twice-weekly sessions will be pared back to one per week starting this coming Tuesday.

Scott also announced that Vermont National Guard Sgt. Tristan Southworth, who was killed in the line of duty in Afghanistan in August 2010, will be honored during the NASCAR Cup Series Coca-Cola 600 at Charlotte Motor Speedway, scheduled for Sunday.

“We live in freedom today thanks to people like Tristan,” Scott said.

Another Vermont veteran being honored by NASCAR in Sunday hails from the southern part of the state. Kyle C. Gilbert, a 2001 Brattleboro Union High School graduate, who died during an attack in Iraq in 2003, will also be honored by NASCAR.