The Southwestern Vermont Chamber of Commerce hosted a legislative breakfast Monday at Bennington College's Center for the Advancement of Public Action. Six state legislators representing Bennington districts answered questions from an audience of at least 30 people. 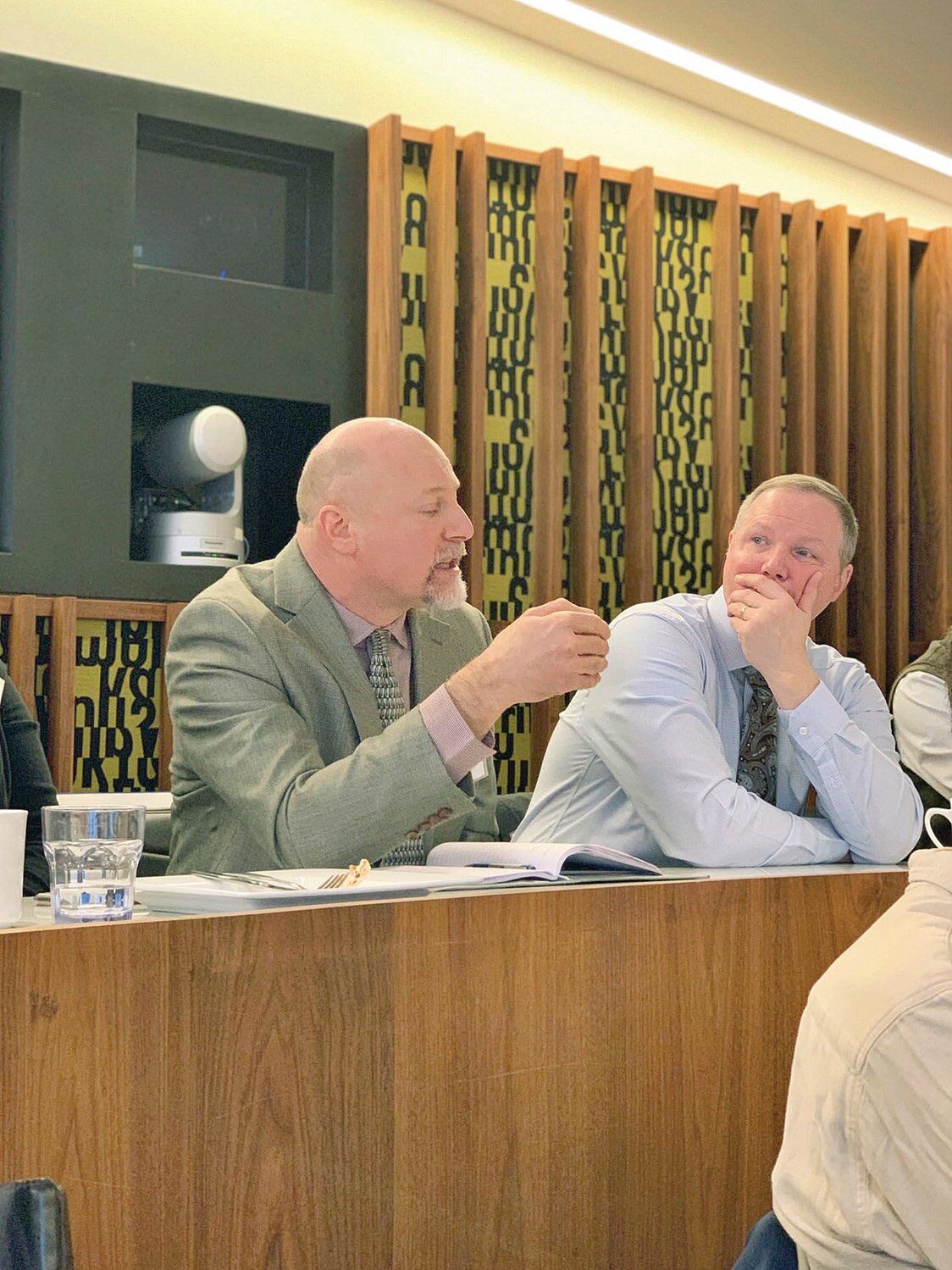 A legislative breakfast Monday hosted by the Southwestern Vermont Chamber of Commerce drew an audience of at least 30 people to Bennington College's Center for the Advancement of Public Action.

The Southwestern Vermont Chamber of Commerce hosted a legislative breakfast Monday at Bennington College's Center for the Advancement of Public Action. Six state legislators representing Bennington districts answered questions from an audience of at least 30 people.

A legislative breakfast Monday hosted by the Southwestern Vermont Chamber of Commerce drew an audience of at least 30 people to Bennington College's Center for the Advancement of Public Action.

BENNINGTON — What can state legislators do to help small business owners attract and retain talent? This was the issue that dominated the discussion at a legislative breakfast hosted by the Southwestern Vermont Chamber of Commerce on Monday.

Vermont, which has one of the nation's highest proportions of elderly residents, is having a hard time attracting younger workers at the same time that it's losing existing ones to outward migration.

Steven Bryant, an owner and investor in the local hospitality industry, underscored that Vermont is losing out on retired military veterans, many of whom have marketable skills and training.

"A lot of these people are not coming to Vermont because we tax their pensions," he said when bringing up pending state bills that seek to exclude military retirement pay from being taxed.

"If they're here, the trend is they'll be contributing to society, they'll be paying income on other jobs and creating net positive economic impact," Bryant told the legislators who attended the breakfast at Bennington College's Center for the Advancement of Public Action: Representatives Chris Bates, Jim Carroll, Tim Corcoran, David Durfee, Kathleen James and Mary Morrissey.

Morrissey, who is in her 24th year as a member of the Vermont General Assembly, said she has seen similar bills come up in at least the last 10 years and is disappointed they don't move forward. The bills include those she has co-sponsored.

"It doesn't even get discussed," she said, explaining that some legislators don't want to look past the money the state would lose and toward the longer-term benefits.

There are currently six bills pending in the state legislature that seek to exempt military pension from being taxed, said Charles Martin, government affairs director at the Vermont Chamber of Commerce. Vermont is one of only seven states that fully taxes veteran's retirement pay, Martin told the Banner in an interview, and he is hopeful a change in the state law will happen this year.

Matt Willey, who owns three Bennington businesses including Ramunto's pizza restaurant, brought up the problem of quick employee turnover at the breakfast. He worries that a new law raising the minimum wage from its current $10.96 would make it more difficult for small businesses like his to remain sustainable.

"You hire somebody and then they're gone in a week and a half," Willey told the room of about 40 people. "It's going to drive businesses like mine out."

He asked how small business owners like him could have a voice on the state level when he didn't even feel he was being heard by Bennington town officials.

Morrissey encouraged him to testify before state legislative committees and amplify his message by banding with like-minded entrepreneurs.

Willey told the Banner he wishes a law increasing the minimum wage would provide for a probationary period before a person receives the new rate. Right now, he said, nine out of 10 people he hires leave within two weeks, making him believe they just want another entry on their resume or a way to collect unemployment benefits.

"It's gonna drive small people like me out," he repeated. "It's a scary time."

This lack of talent has apparently led some businesses to close early or to close on days they actually want to be open.

"The No. 1 hard thing is getting workers here, almost to the degree that you would think it would be customers," Harrington said. "And we don't hear that, that it's hard to get customers."