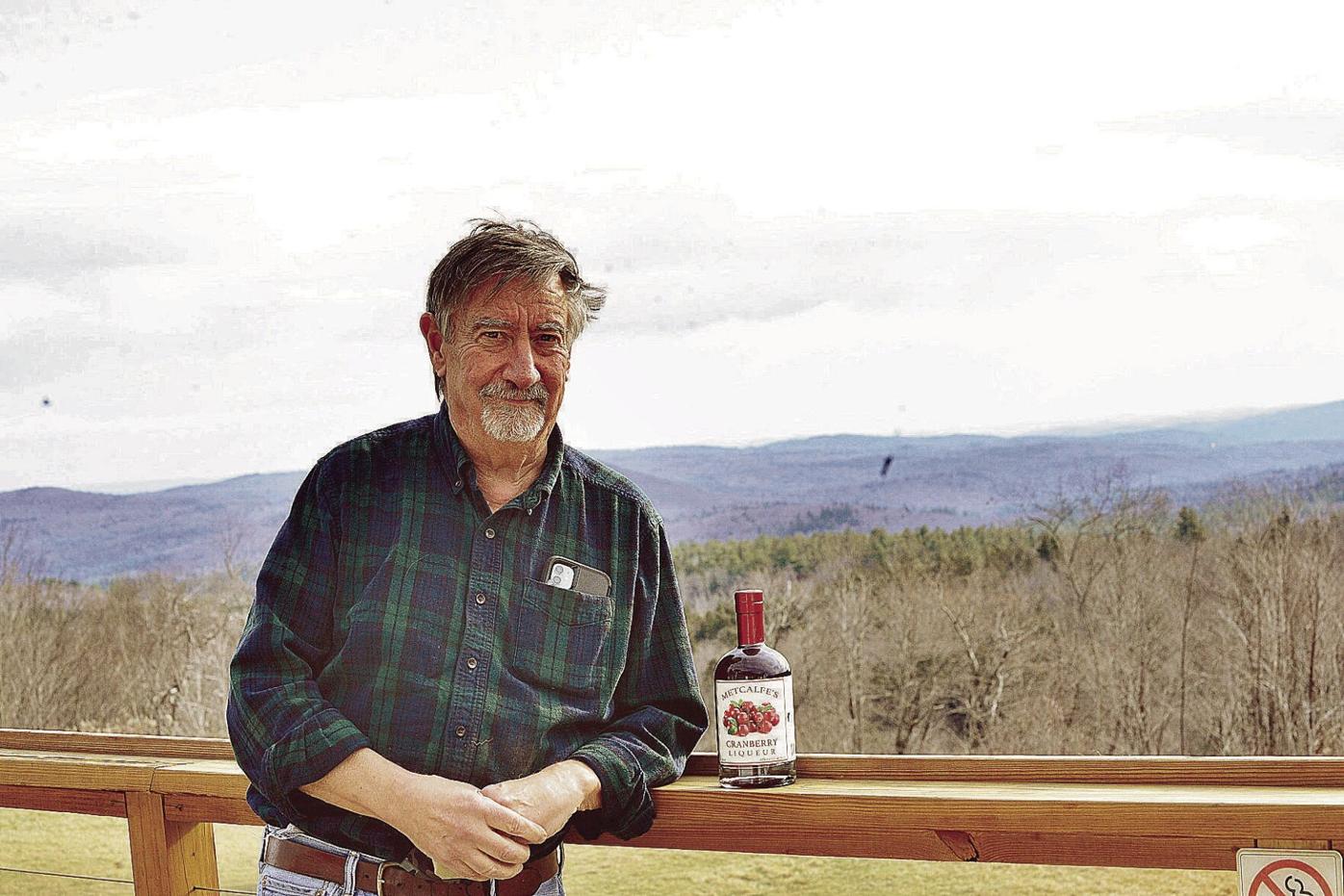 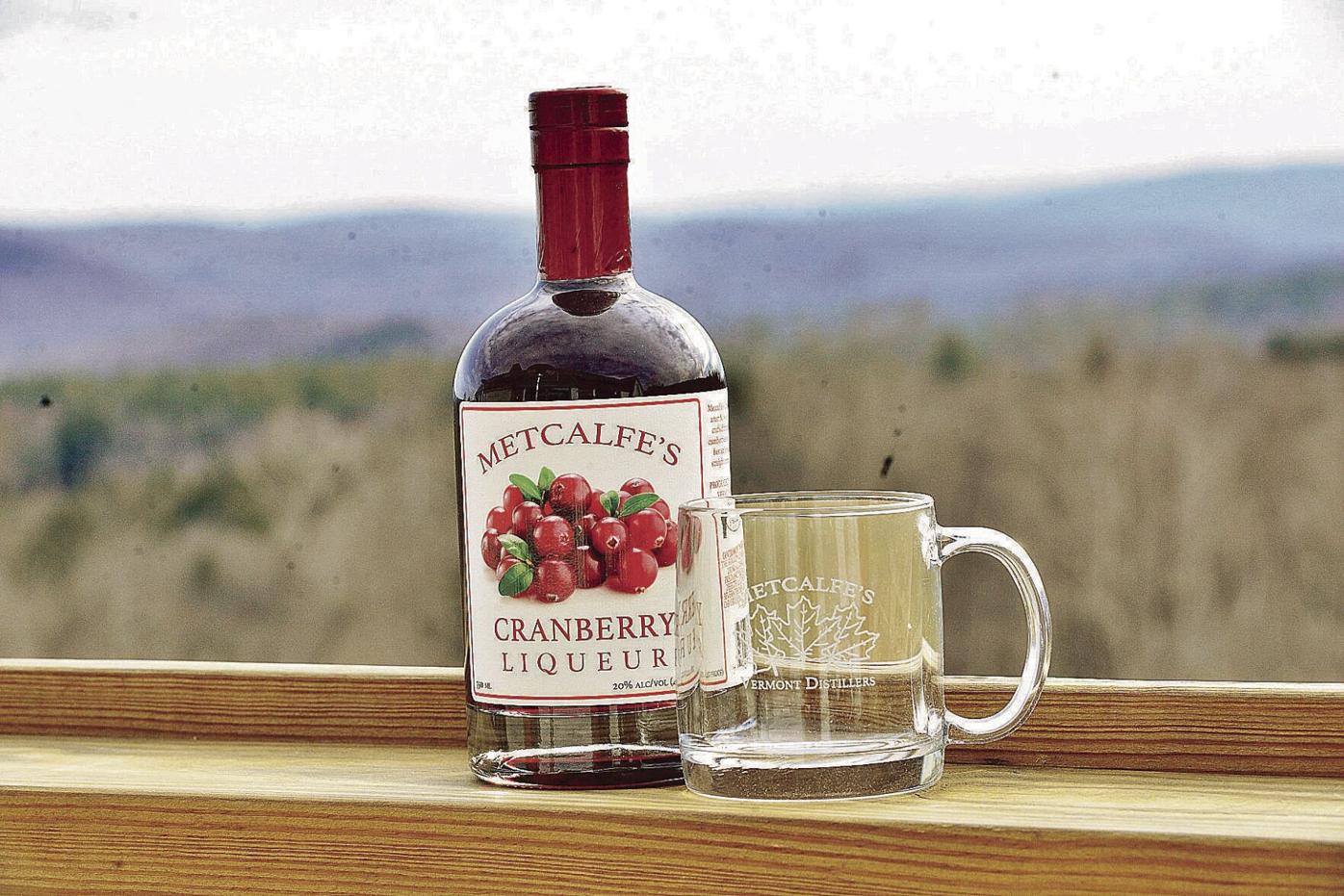 Cranberry Liqueur made by Vermont Distillers, in Marlboro.

Cranberry Liqueur made by Vermont Distillers, in Marlboro.

WEST MARLBORO — With Thanksgiving and other holidays approaching, a local distillery released a cranberry liqueur.

“It was just an idea we had, something to do for the holidays,” said Ed Metcalfe, owner of Vermont Distillers Inc. “We decided not to go full tilt with it because I’m not sure how it will do in the state year round.”

About 250 bottles of the liqueur were made using cranberry juice, the distillery’s corn-based alcohol, sugarcane and water. Metcalfe said the liqueur is selling fairly well and he expects to continue having it for sale in the new year.

The distillery on Hogback Mountain hasn’t closed due to new restrictions from the state related to the coronavirus, but tastings aren’t being offered for now unless by request. Bottles can be purchased.

Distillery products also are available at a retail outlet in Burlington managed by Metcalfe’s son Dominic, who also designs the labeling. His other son, Gus, is in charge of production — he mixes and blends the beverages, and runs the distillery.

While his sons are busy with those operations, Metcalfe said he keeps everything organized. Much of his time is spent bookkeeping.

The distillery sells to the state of Vermont, which carries the products in its retail agency stores. New Hampshire is currently carrying only maple cream liqueur, maple liqueur and raspberry liqueur from the distillery in its stores.

“Maple bourbon has become, right next to our maple cream liqueur, one of our best selling items,” Metcalfe said. “Our maple bourbon is 90 proof and we only put a little syrup in, just to take the edge off the bourbon. No pun intended, but we really hit a sweet spot with how much maple we put in. Others out there seem to be much sweeter or you can barely detect it at all.”

The beverage still isn’t sweet and tastes like bourbon, Metcalfe said. Efforts are underway to get it on shelves in New Hampshire.

Corse Maple Farm in Whitingham provides syrup for the bourbon. Brown Family Farm is the source for the maple liqueur.

The distillery will soon be coming out with its own Pommeau, which features a blend of its apple brandy and sweet cider aged in a bourbon barrel for a year and a half. The plan is to sell about 300 375-millileter bottles only at the distillery.

“It’s my favorite thing we’ve ever made,” Metcalfe said.

Another new item, Vermont Moonshine, will be sold in a flask. It features a combination of the distillery’s apple brandy and corn-based grain spirits.

Both new products are anticipated to be released in the next two to three weeks.

The distillery was founded in 2008 after Metcalfe won $10,000 in a business plan competition hosted by Brattleboro Development Credit Corp. Production began in 2012. The maple cream liqueur has garnered a 91 score from Wine Spectator, a magazine which uses a 100-point scale for its tasting reviews. The distillery received a double gold award for the beverage in the SIP Awards.

Additions and renovations have been made to the Marlboro building. And Metcalfe is considering adding more space or building a new structure.

“We’re extremely tight with space,” he said. “We have what we can do to keep up.”

Metcalfe noted retail sales have been off significantly due to the pandemic — about 25 to 30 percent lower — but sales through the state are up.

“But of course,” he said, “we make much less money when we sell to the state.”

Metcalfe credited the maple bourbon with fueling more sales and keeping numbers for the business comparable to last year’s. He called the federal Paycheck Protection Program and Vermont Economic Recovery Grant “invaluable to us” in navigating the pandemic.

“We would have been in serious trouble without it,” he said. “And I think other distillers around the state are struggling.”

The distillery will be closed Thanksgiving but open from 11 a.m. to 5 p.m. this week.