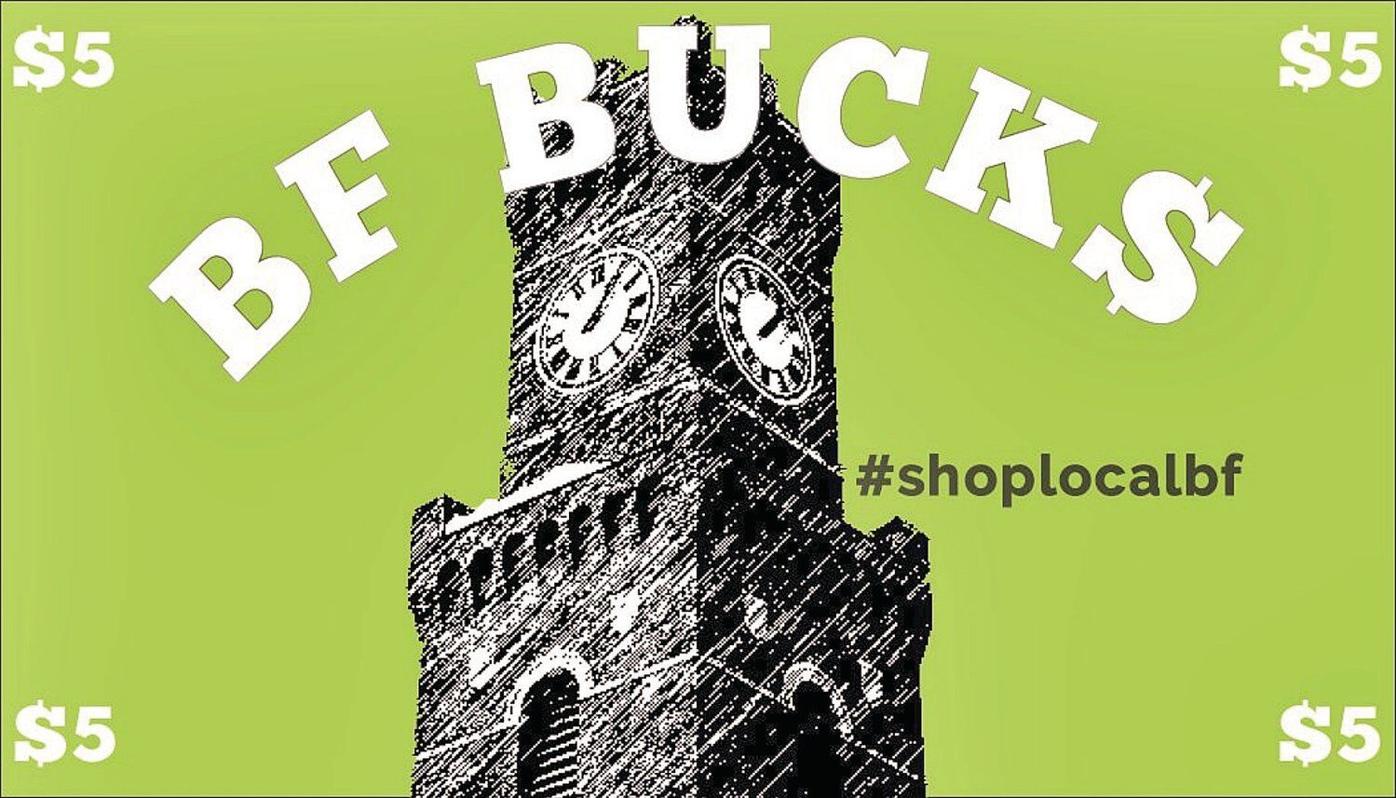 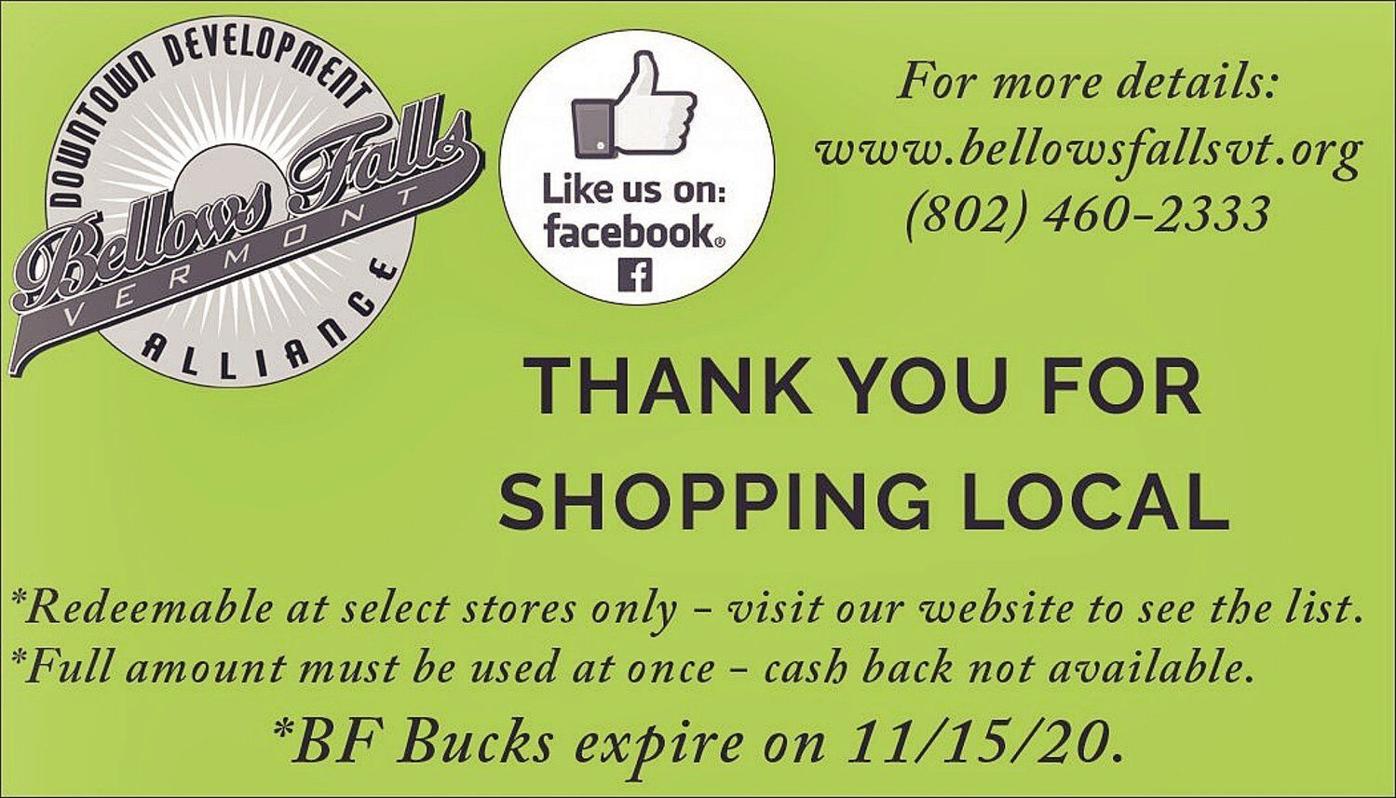 Thurston said the group was funneling the money into a new program called "BF Bucks," which includes $5 gift cards that can be used in Bellows Falls businesses.

Businesses would honor the $5 cards, and be reimbursed by the BFDDA from the grant funds. she said.

Thurston made the announcement at a joint meeting of the Rockingham Select Board and the Bellows Falls Village Board Trustees, which was held in person and via Zoom.

The cards will be distributed through the area schools, as well as nonprofits, she said. The program will begin in the middle of October, and the coronavirus stimulus money has to be spent by Nov. 15.

She said the grant money would be used for the cards, as well as advertising to boost downtown Bellows Falls.

"Our duty is to downtown Bellows Falls," she said.

Thurston and Patricia Fowler, treasurer of the downtown alliance and a Bellows Falls store owner, said the new program would replace the "Buy Local" promotional program that for the past couple of years was launched for the holiday season. She said the group decided to work through the local school system to get the cards to needy families. Fowler said that 1,500 cards - worth $5 each - would be distributed to each student in the area schools to use at participating businesses.

The balance of the grant will be used to advertise downtown Bellows Falls.

Fowler said it was too much to ask businesses that had been shut for months to contribute to a special advertising program for "Shop Local."

In addition to the "BF Bucks" program, the town of Rockingham has also applied for a state grant that would help the downtown business district promote the holiday season, including new Christmas decorations for the downtown area, and a tent that could be used during the winter months. That program has been dubbed "Light Up BF," Fowler said.

Thurston worked with Gary Fox, the Rockingham development director, to apply for the grants.

Fowler said the BF Bucks could be used at the businesses that traditionally participated in the "Shop Local" program - businesses in Bellows Falls, Rockingham, Saxtons River and Westminster.

Thurston, a Bellows Falls resident, started in the executive director's job in August after the retirement of Mary Helen Hawthorne of Springfield, who was executive director for seven years. The downtown group is essential to any statewide downtown development funds, in particular tax credits.

Deborah Wright, village president, who was chairing the joint meeting, said the program looks like a good boost for the local economy.

"It's a great deal, I hope it goes well," said Wright.

Fowler said the organization was in the process of having the cards printed up. Village Printers is no longer available, making printing jobs not so convenient.

Thurston said that BFDDA is always open to new members, and she said volunteers to serve on the alliance's various committees are also welcome.