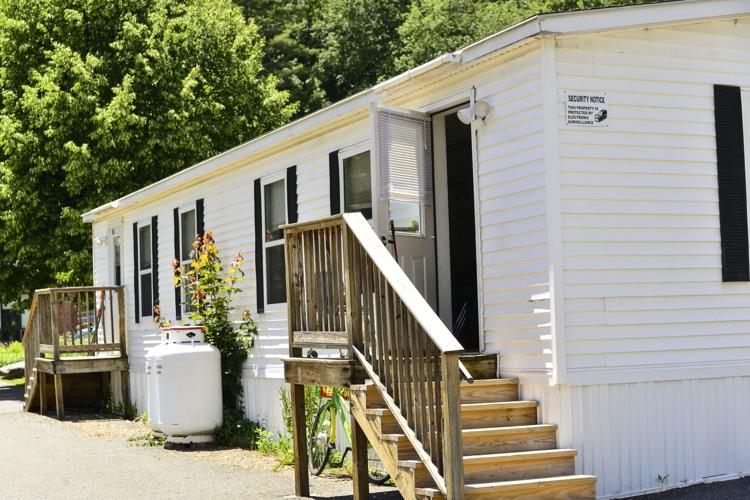 A temporary structure at Academy School, in Brattleboro, will be demolished after the completion of the school’s new extension project. 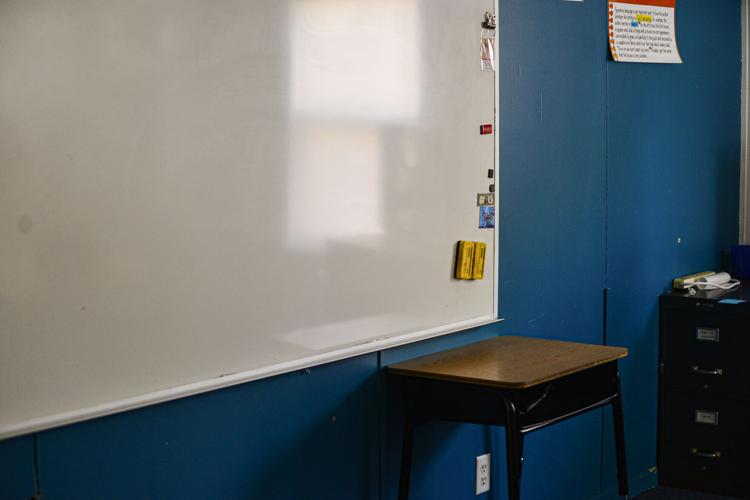 A temporary structure at Academy School, in Brattleboro, will be demolished after the completion of the school's new extension project

A temporary structure at Academy School, in Brattleboro, will be demolished after the completion of the school’s new extension project.

A temporary structure at Academy School, in Brattleboro, will be demolished after the completion of the school's new extension project

BRATTLEBORO — The Brattleboro Development Review Board approved a plan to remove a modular classroom at Academy School on Western Avenue and replace it with a permanent addition.

However, the DRB issued its approval with a handful of conditions.

The school, through its representative, Cory Frehsee of Stevens and Associates, had requested a waiver to certain zoning requirements.

“The board can relax some design standards for already developed sites recognizing that it can be prohibitive to bring all site conditions into conformance,” Brian Bannon, Brattleboro’s zoning administrator, told the Reformer. “The regulations require that long lines of parking spaces be broken up with islands and that parking lots have shade trees. The school was asking that they not have new islands [in the north parking lot] to preserve parking. They also requested to replace two EV chargers with two electric bike chargers.”

In total, the school has 93 parking spaces in three different locations and 90 employees. The north parking lot has 68 spaces and regulations call for landscape islands every 10 spaces.

“Every single one of those parking spaces is used on a regular basis,” he said, “particularly during pickup and drop off.”

Each EV charging station is deducted from the total and landscaping would remove another four, said Frehsee.

“In lieu of putting trees in landscaped islands, we would like to plant four maple trees around the back of the building,” he said. The trees would serve as an informal boundary between the playground and the playing field and would fit into the school’s maple sugaring program, said Frehsee.

Two years ago, said Frehsee, Principal Kelly Dias conducted a survey of staff and “not one person” said they were interested in or had a need for an ev charging station.

“However, a couple of staff people are using electric bikes,” said Frehsee.

“We could look at other locations for an ev charging station,” said Frehsee, “but it’s not going to solve the fact we can’t afford to give up any parking spaces.”

However, in its conditional approval released on Friday, the board required the installation of one landscaped island, requiring the removal of two parking spaces.

The board also required four electric car chargers, though it did give the school the option of replacing one ev charger with two electric bike chargers.

By law, the school can’t charge a fee for use of the charging stations. The cost would have to be figured into the budget.

In May, voters in the Windham Southeast School District approved by a vote of 508-126 up to $2 million in updates to Academy School.

In addition to removing the modular classroom and building a new extension, a resource room inside the school will be renovated and new windows installed in 14 classrooms.

“The modular building was purchased as a used building,” said Frehsee. “It is well past its usable life.”

There had been some discussion about using it as a shed, he said, “But the school has decided it’s too far gone.”

He also said significant expenditures have been made just to make it usable for the kids.

The new building, at 2,200 square feet, will also be located at the back, but attached to the opposite “leg” of the main building.

Even though the building is larger, said Frehsee, impervious surfaces will be reduced because the new building will be replacing asphalt and a permeable paver system will be installed adjacent to the building.

The school hopes to start work in the early fall, said Frehsee, and construction is expected to take six to eight months.

Marc Tessitore, who lives next the school, asked about the construction schedule.

The town’s noise ordinance prohibits work between 10 p.m. and 7 a.m. but doesn’t prohibit work on weekends. Frehsee said he expects work to start around 7 a.m. and end about 3:30 p.m., though he couldn’t guarantee work won’t be done on weekends.

The board also required the plan to be amended to note that any building mounted light fixtures exceeding 2,000 lumens be replaced with full cut-off LED fixtures.

Frehsee said all lights will be fully downcast and “night sky compliant.”

Frehsee asked the board to allow for five years to install the charging stations because of the “significant additional cost” in adding them.

He said five years will give the school enough time to pursue funding to pay for their installation, though he said it probably won’t take that long.

The DRB gave the school two years to complete all the elements of the proposed plan. If not complete in two years, the school will need to request and extension.

On Monday, Frehsee told the Reformer that both Stevens and Associates and Academy School were satisfied with the DRB’s decision.

“This is a great milestone and we are all excited about moving forward with this project,” he said. “We still plan to plant maple trees along the edge of the playground to improve the overall feel of the playground, provide shade, and for tapping as part of the school’s maple sugaring program when the trees are mature.”