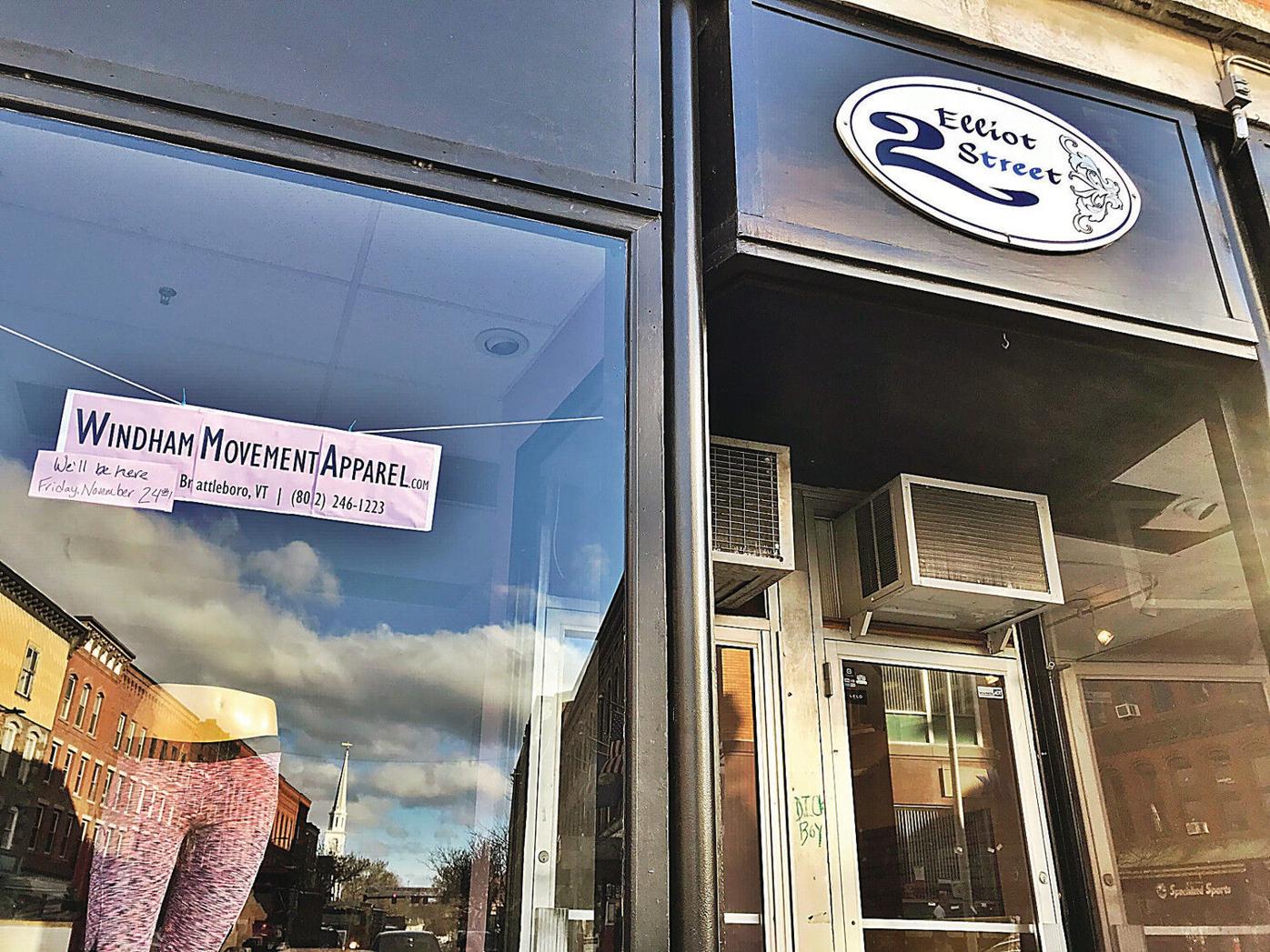 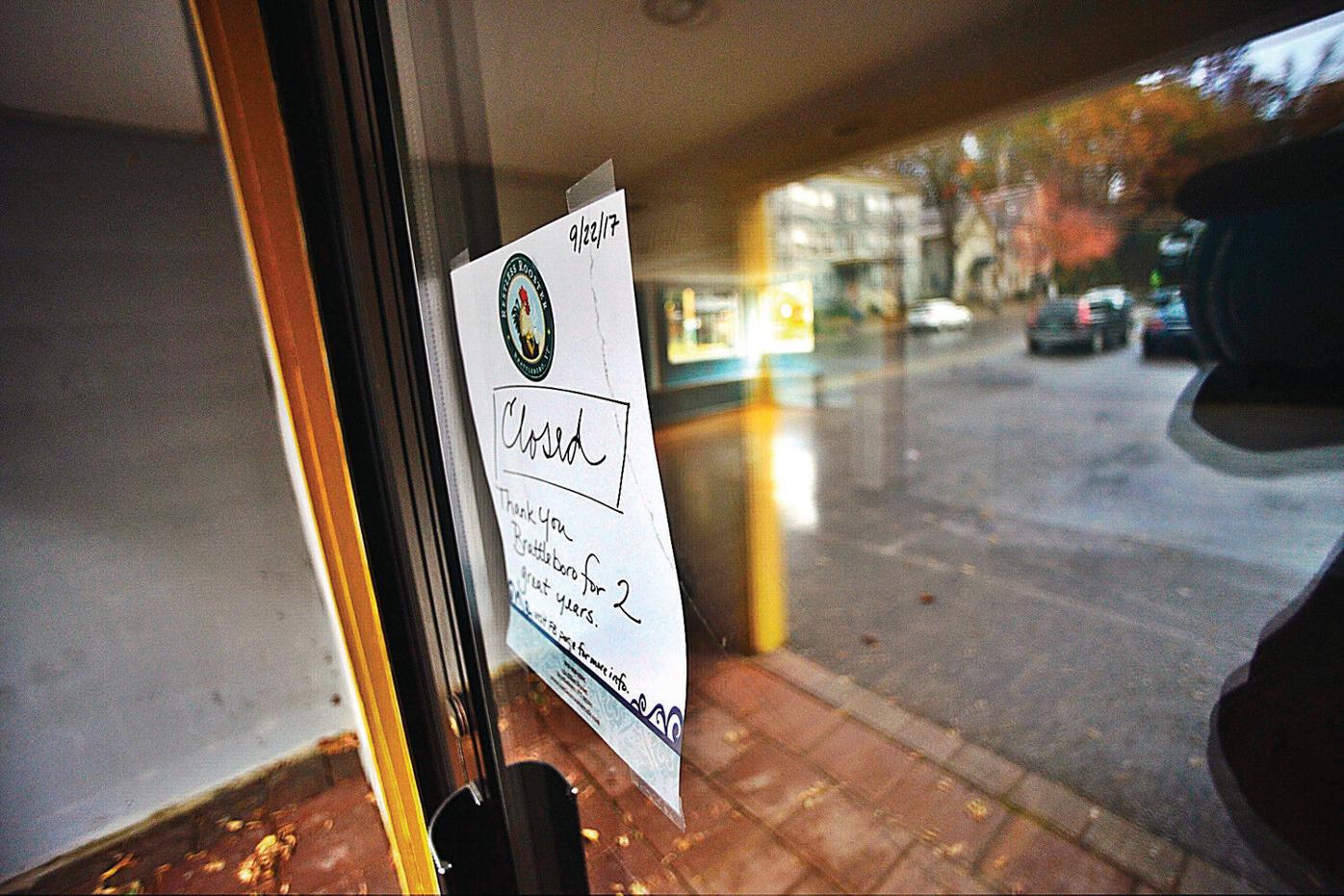 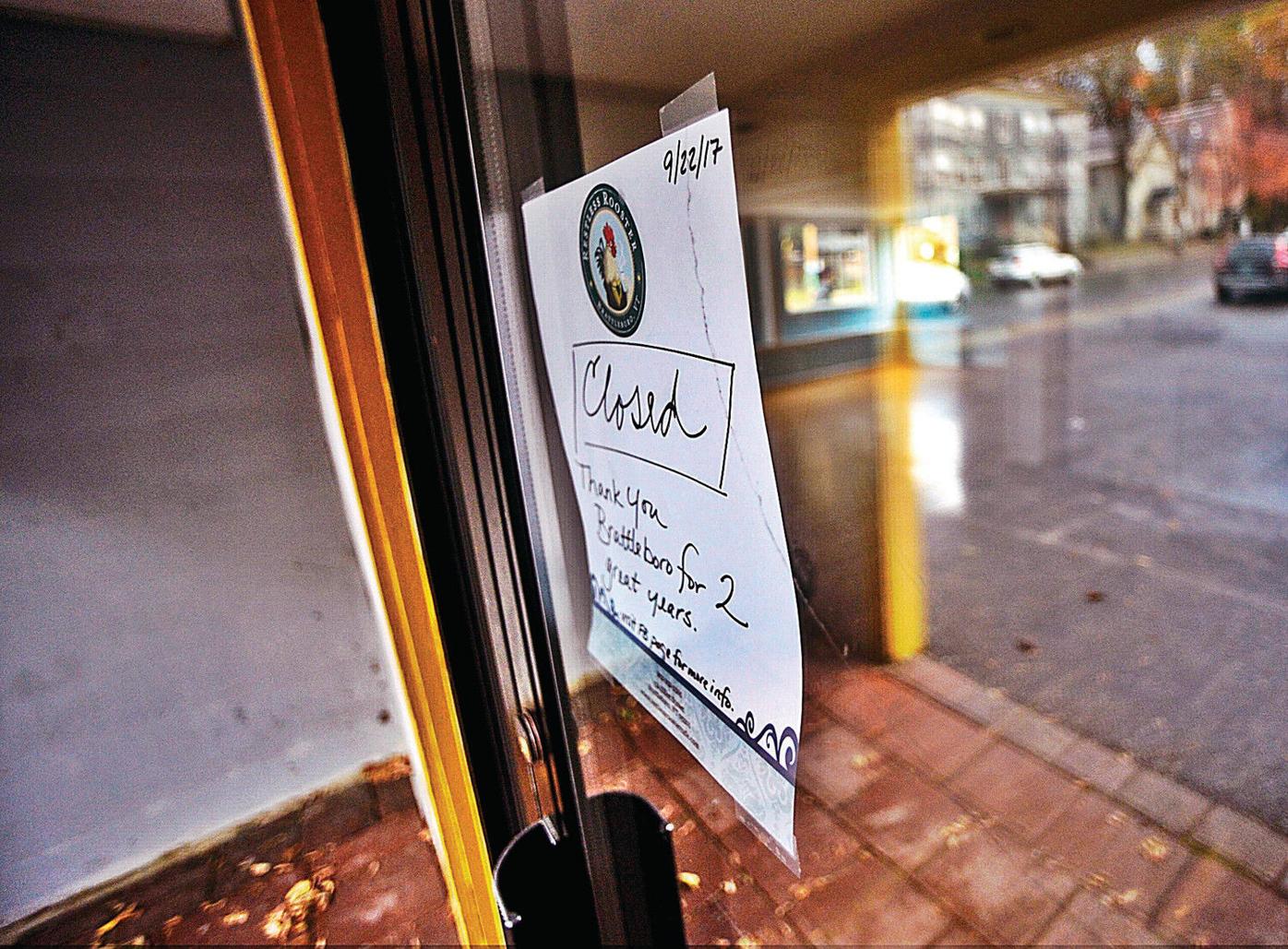 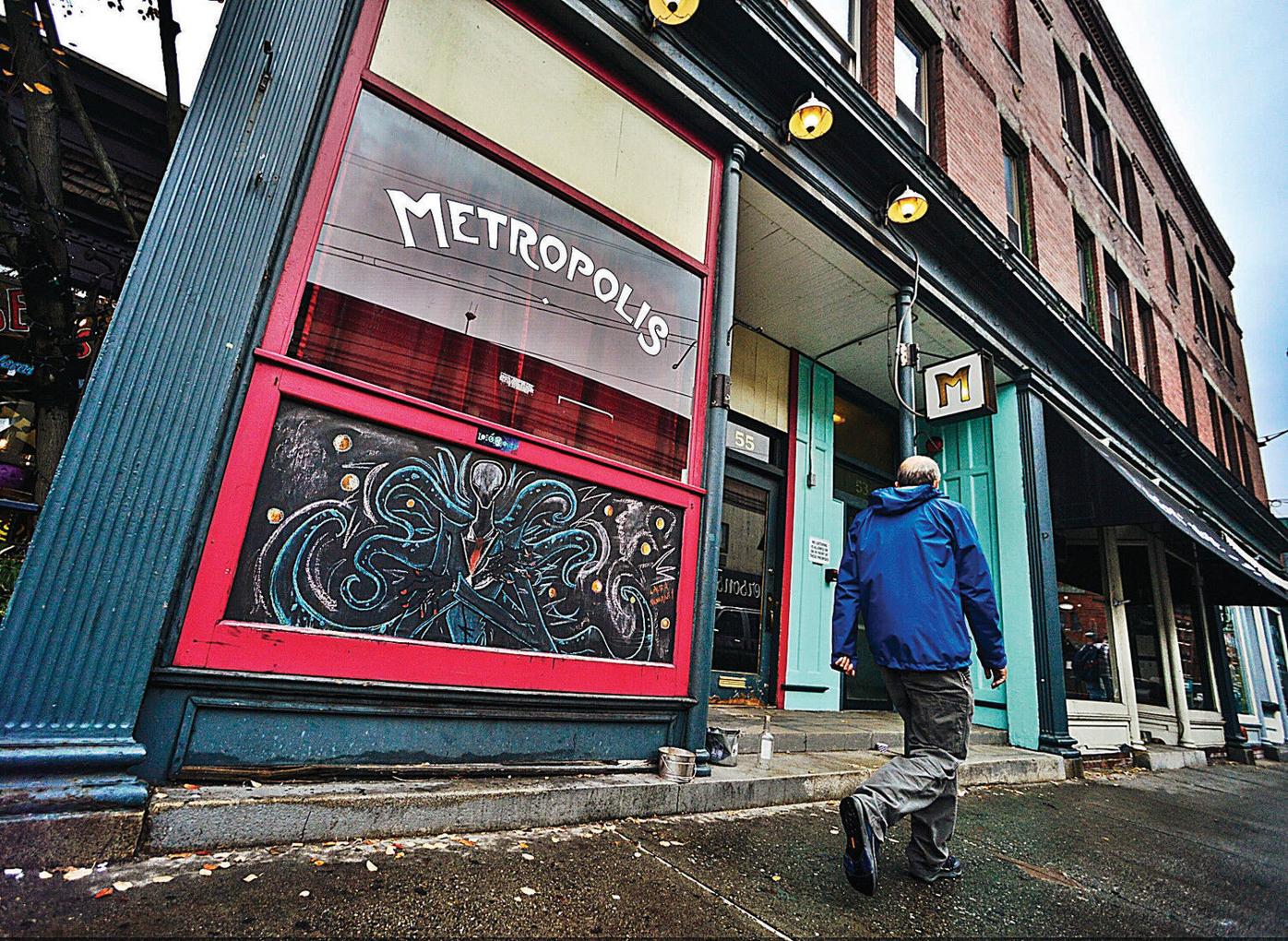 People walk by Metropolis, a bar on Elliot Street that recently closed its doors. 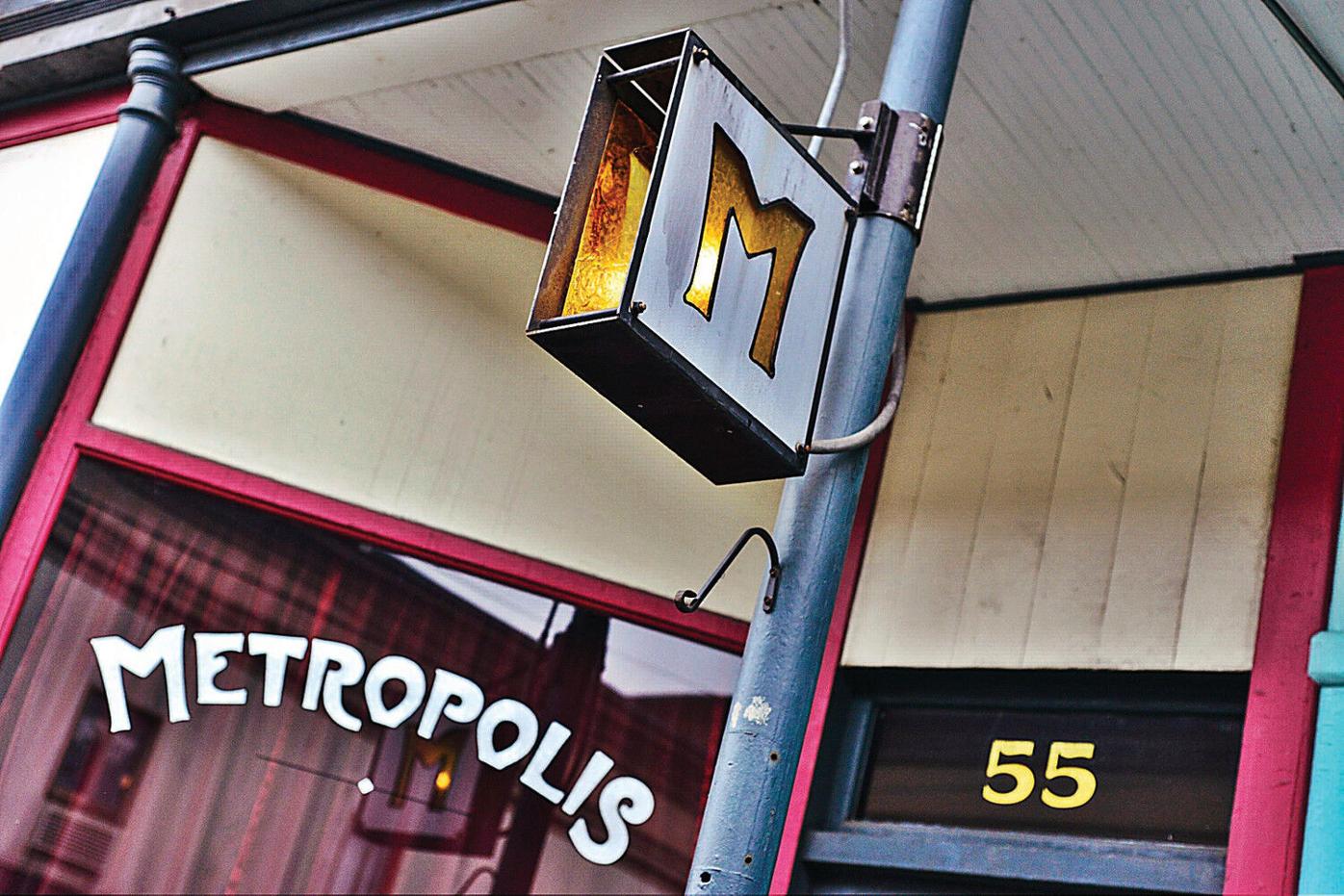 People walk by Metropolis, a bar on Elliot Street that recently closed its doors.

BRATTLEBORO — Changes on Elliot Street are immediately noticeable, from business closures and openings to the renovations at Central Fire Station.

"There's good things happening on Elliot Street," said Kate O'Connor, Brattleboro Area Chamber of Commerce executive director and Select Board chairwoman. "I think it's always disappointing when a business closes but the fact that new businesses are opening or relocating is a good sign."

"I think that we have to get people who go downtown to understand that they need to go to the streets that aren't just Main Street," she said. "Because there are things to see on the side streets and Elliot Street is a perfect example of that."

There are more shops on Elliot Street than ever, O'Connor said.

Stephanie Bonin, executive director of the Downtown Brattleboro Alliance, is working on her group's five-year strategic plan. More efforts are being "pledged" to Elliot Street, she said. New lights will be on display this holiday season.

"Downtowns are living and breathing things — we are always re-inventing ourselves and keeping it fresh," Bonin said. "That is part of the fun of a vibrant downtown. Windham Movement Apparel and Jasmine's Bakery are part of that reinvention on Elliot Street right now."

Windham Movement Apparel is making the short move uphill from 5 Arch St. to 2 Elliot St. on the corner of Main Street. The opening is scheduled for Friday.

"There's a lot to do," said Francesca Bourgault, owner of Windham Movement Apparel. "It's an exciting jump."

Bourgault believes 2 Elliot has been vacant for about three years. She is busy painting inside and building sitting rooms.

The new space is bigger than the old location and will have an office for the Southern Vermont Dance Festival. Bourgault said her business will be more visible there. She hopes to eventually hire employees. She opened Windham Movement Apparel a year ago.

Jasmine's Bakery moved to a spot next to Peter Havens Restaurant earlier this year. Previously, Jasmine Bernier ran the business on Putney Road, then from her home on Cherry Street.

A couple businesses on Elliot Street have closed.

Alan Blackwell operated Metropolis in leased space for about six or seven years before pulling the plug on Oct. 26.

"It was just becoming unsustainable to be able to balance out the expense of running a bar and entertainment with major fluctuations in attendance and sales," he said. "It's tough."

At 35, Blackwell is considered a young professional in the region. He will continue to run Arkham, a bar behind Metropolis on Harmony Place.

But, Arkham is different.

"It's a tiny little bar," not really suited for live performances, he said.

The decision to close Metropolis was "definitely bittersweet" for Blackwell, who moved to Brattleboro in 2006 and opened the two bars at separate times several years later.

"I really loved that bar," he said of Metropolis, the first business he ever owned. "I really wished this wasn't the way it had to be. But at the same time, I'm excited to move forward and see where life takes me, and be able to concentrate and consolidate here at Arkham and make it as good it can be."

While most of his employees were trained to work at both bars, Blackwell said, a significant number of shifts no longer exist. Most of his clients were locals, unless it was foliage season. Funk musicians who played every Thursday are playing a gig in Massachusetts now.

Metropolis was also known for hosting metal bands. The Stone Church had the latest metal night in town.

"That was the Metropolis funeral show," said Blackwell.

He said he had incredible conversations, saw some amazing musicians and made delicious infusions at Metropolis.

"For sure, I'll miss that," he said. "I'm also extremely grateful for all that the town has provided in terms of support over the years, for all the folks listening to music out there and being thirsty. I've got a lot of thanks and I have a lot of shortcomings. And I know I have a lot to learn in this industry and my life in general. I can make a lot of mistakes but I'm really proud of what I put into Metropolis over the years. I just wish it had been more sustainable."

Blackwell hopes the closure inspires patrons to make an effort to check out shows at other places in town. The Stone Church and 118 Elliot served as examples.

"I don't think the average person is aware of just how fragile, just how thin the margins are for being in any way successful," Blackwell said. "Bills are huge, expenses are huge. Entertainers need to make a living as well. If people aren't out supporting musicians, you know, there's going to be fewer venues to go see them."

O'Connor also noted the two emerging venues and called 118 Elliot "a really good resource." The space is used for meetings, performances and other events.

Linda Alvarez ran the Restless Rooster on Elliot Street for two years. She called the closure in mid-September "rather unexpected and unplanned" because the landlord wanted to sell the building.

When Alvarez made the decision to close a month earlier, she looked at moving the restaurant. She explored several options before giving up on a new location. She said she did not want to borrow more money or seek crowdfunding.

"It was just, we invested so much in the building," Alvarez said, estimating the figure to be about $65,000. "We decided the best thing was to close while everyone could find jobs."

The restaurant employed 17 people and had a following.

"We had a great base. We had so many customers," Alvarez said. "I know the neighborhood misses us. It was horrible. It was like having a funeral. It was hard. Everyone understands."

Alvarez hopes Elliot Street "continues to progress." She thinks she might go back to teaching for a little while. Before opening the Restless Rooster, she ran a restaurant in Florida.

"We were removed from downtown traffic," she said. "There's a lot of stuff going on downtown. It's hard sometimes as a business owner. I think it will bounce back. We just need to attract the right people."

In Florida, Alvarez saw a similar cycle. She said a few businesses would close then things would stabilize for a few years.

"I wish the town had a little bit more ability to help," she said. "Like we could have made something work if we could have gotten some help with the mortgage-y sort of stuff."

Bonin is also a believer in cycles — especially when it comes to independent businesses.

"Just because you're talking about a person, a career," she said. "So they can't go on and do it forever."