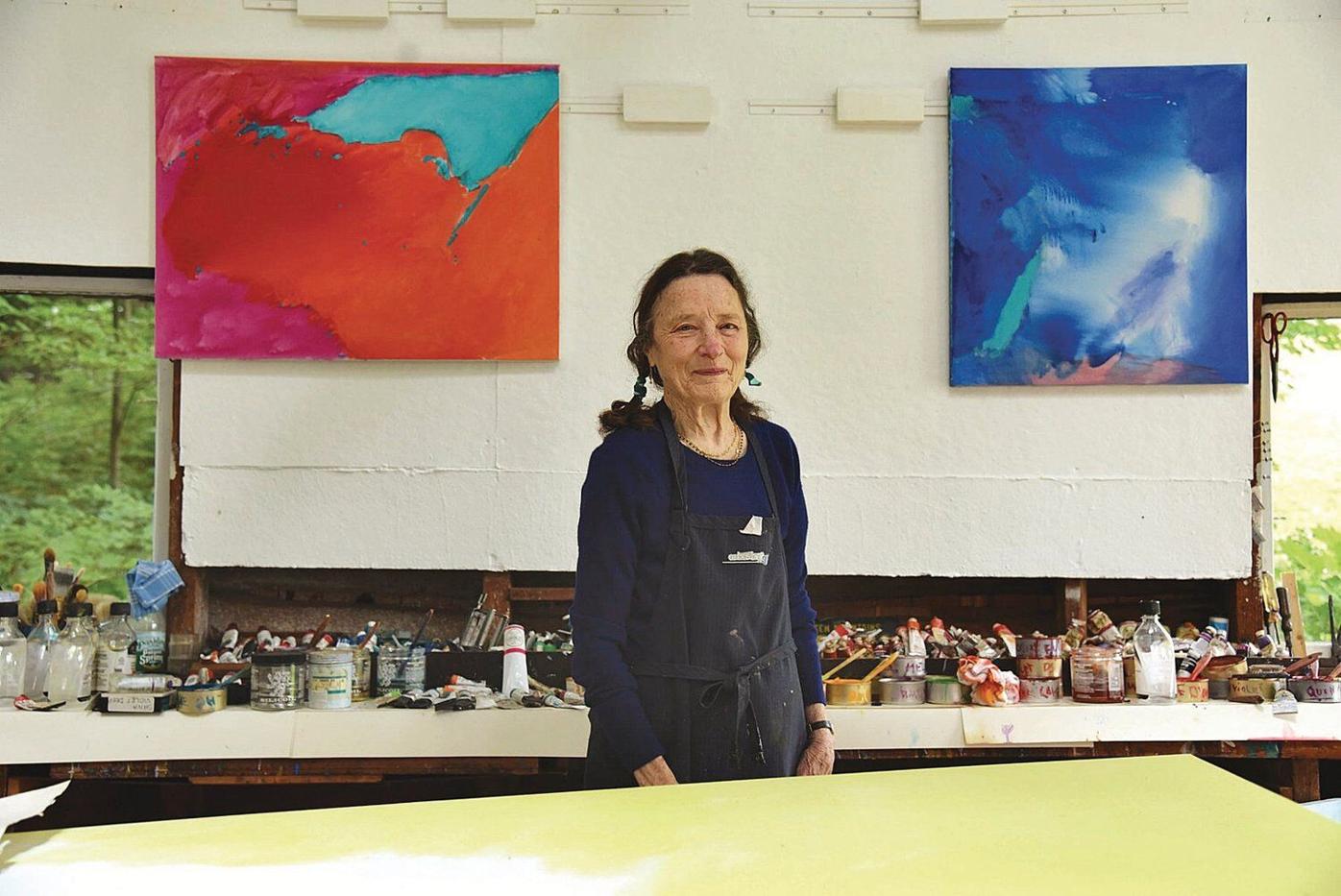 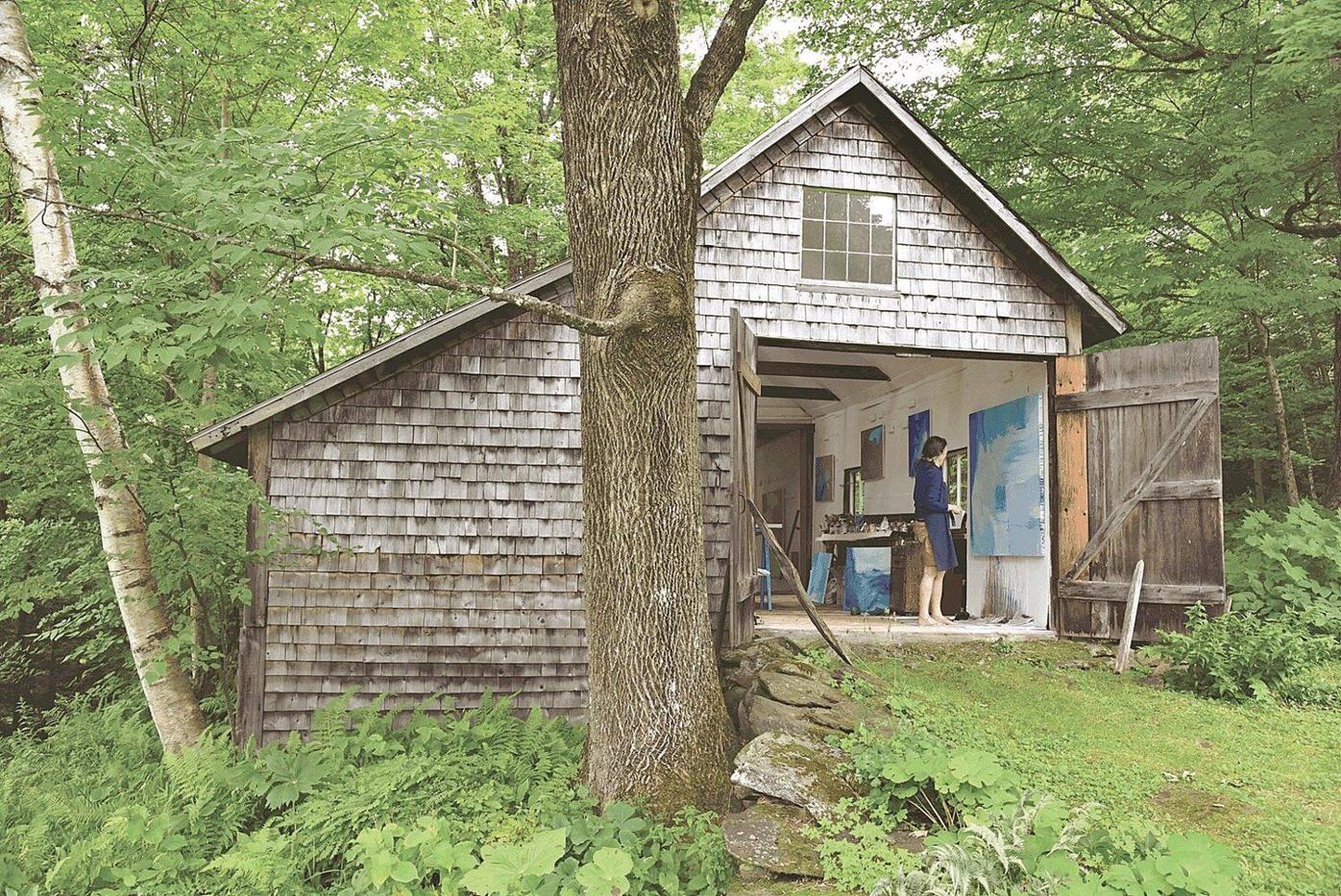 BRATTLEBORO — Renowned American painter Emily Mason died at her home in Brattleboro on Dec. 10. She was surrounded by family and friends, including her husband of 62 years, artist Wolf Kahn. She was 87.

A lifelong New Yorker, Mason adopted Brattleboro as her second home. Every spring, beginning in 1968, she and Kahn would arrive at their hillside farm, where they would remain through foliage season, drawing inspiration from their surroundings and their many friends to create works of art that are admired throughout the world. Mason and Kahn would ordinarily pack up their art studios and return to New York in late October, but this year, battling cancer, Mason decided to stay in Vermont.

"The colors were so incredible, I just couldn't leave," she said. "And then in November, the world looked like one of Wolf's pastels."

Mason was born on January 12, 1932, in New York City, to Warwood Edwin Mason, a sea captain for American Export Lines, and Alice Trumbull Mason, an abstract painter and descendant of John Trumbull (1756-1843), one of the great history and portrait painters of his time.

As a child, Mason met many influential artists, including Piet Mondrian, who was a friend of her mother, and Joan Mir , who painted in a studio adjacent to Alice Trumbull Mason's.

Mason graduated from New York's High School of Music & Art and then studied at Bennington College before transferring to The Cooper Union for the Advancement of Science and Art in 1952. That summer she attended the Haystack Mountain School of Crafts in Maine, where she was particularly influenced by Jack Lenor Larsen's lecture on analogous color. After graduating from The Cooper Union in 1955, Mason was awarded a Fulbright grant to study painting in Venice. It was there in 1957 that she married Kahn, whom she had met earlier in New York.

As a young artist in New York during the 1950s, Mason was influenced by the emergence of Abstract Expressionism, adopting an intuitive approach to painting that would remain a hallmark of her work for the rest of her life.

In the 2017 RAVA Films documentary "Emily Mason: A Painting Experience," Mason described her process as follows: "I always begin a painting with a blank canvas and not any preconceived idea of what it's going to look like. I just sort of react. I can't predict it, so I let the materials suggest the next step and then take it from there. It's a process of letting a painting talk to you. I want a painting to take me to a place I've never been."

Mason had her first solo exhibition at New York's Area Gallery in 1960, exhibiting her work regularly thereafter, in New York and elsewhere. In 1979 she was awarded the Ranger Fund Purchase Prize by the National Academy of Design, and she began teaching painting at Hunter College, which she would do for over 30 years.

Mason's work is the subject of two books by David Ebony, Managing Editor of Art in America magazine: "Emily Mason: The Fifth Element" and "Emily Mason: The Light in Spring." Her paintings are included in the collections of the Cleveland Museum of Art, National Academy Museum, Bennington Museum, Springfield Museums, and the New Britain Museum of American Art, among others.

Mason was an Honorary Trustee of the Brattleboro Museum & Art Center, which recently announced plans to dedicate its main gallery to ongoing exhibits of work by Mason and Kahn. In the fall and winter of 2018-19, BMAC presented the exhibit "Emily Mason: To Another Place," curated by Mara Williams, which featured 50 paintings spanning 60 years.

The response that exhibit elicited — from locals and visitors, children and adults — was unlike anything else we've done since I've been here. Kids wrote the most remarkable poems inspired by Emily's paintings, and people from all walks of life lingered in front of her canvases, some even sitting down on the floor, allowing Emily's colors and forms to wash over them.

After the exhibit ended, BMAC shared many of the children's poems and visitor comments with Mason, who wrote back, "The show was a very special experience for me in many ways. In a way it was a nice coming out party for me in a community that doesn't always know what I do."

In the spring that community will have an opportunity to express their love and appreciation for Mason at a public celebration of her life that is being planned by her family. BMAC will announce details when they are available.

Founded in 1972, the Brattleboro Museum & Art Center presents rotating exhibits of contemporary art, complemented by lectures, artist talks, film screenings, and other public programs. The Museum's galleries and gift shop are open every day except Tuesday, 11-5. Regular admission is $8 for adults, $6 for seniors, and $4 for students. Members and children 18 and under are admitted free of charge. Located in historic Union Station in downtown Brattleboro, at the intersection of Main Street and Routes 119 and 142, the Museum is wheelchair accessible. For more information, call 802-257-0124 or visit www.brattleboromuseum.org.

Danny Lichtenfeld is the Director of the Brattleboro Museum & Art Center.