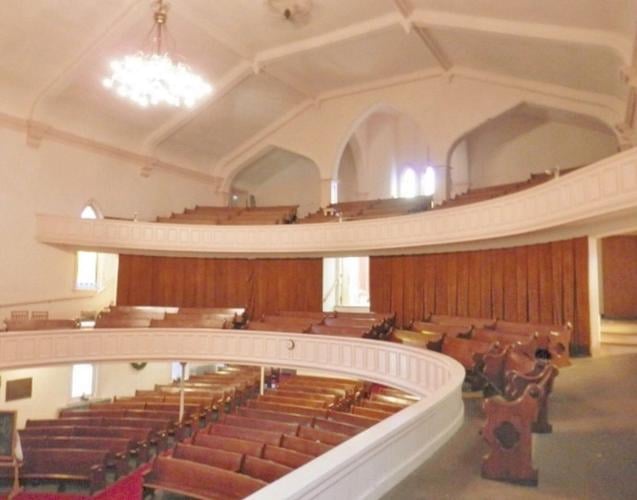 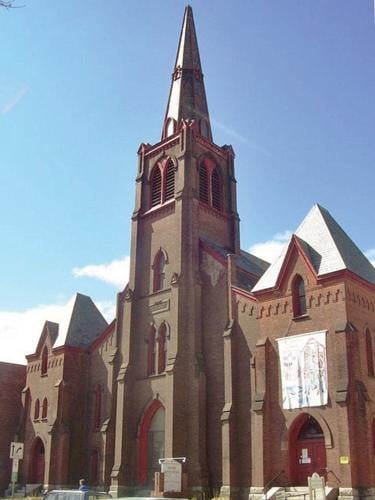 BRATTLEBORO — A renaissance is coming to the First Baptist Church on Main Street. With its historic Estey organ, double balcony and exemplary acoustics, it has served the town as religious sanctuary, performance hall and, in recent years, the site for winter meals and an overnight warming shelter for the homeless.

As weather and age took their toll, Baptist Church and community members became aware of the building's increasing maintenance and capital needs. Approached by church members for his help, and aware of the potential for expanding the building's role as a space for innovation and expression in arts, education, and civic discourse, local physicist and businessman Robert Johnson purchased the building in December 2016.

After two years of study, a two-tier plan for the building emerged. The first tier involves interior and exterior renovations to refurbish and repurpose the historic building, create studio spaces or offices for artists and innovators on the second and third floors, and make accessibility and construction upgrades on the first floor. The second tier is the creation of Epsilon Spires, Inc., a non-profit organization devoted to exploring multimedia platforms to foster communication and illuminate the relationships between creative arts, natural sciences and sustainability.

"Epsilon Spires will bring cutting edge performances, rarely screened films and exceptional art installations to the sanctuary," Johnson said, "while also filling the studios and offices with both established and up and coming artistic and technical innovators. I also intend to support lecture series by progressive thinkers and endorse civic and civil discourse."

"I would like to promote the discussion of contentious topics to broaden the opportunity for the community to engage in potentially difficult conversations," Johnson adds. "My vision is to revitalize this exceptional facility by developing a new purpose that can serve the entire community."

Creative Director Jamie Mohr has started the process of finding mission driven ways to activate the space. "One of our first plans is to commission the Weather Warlock, a weather controlled synthesizer, to be installed in the steeple. Also called Weather for the Blind, this site-specific installation exists sonically on new-media platforms - such as a live stream on the internet." The inventor, Quintron, an electronic musician from New Orleans, has collaborated with Neil Young, Laurie Anderson, and Jack White from The White Stripes. Mohr adds, "No one will hear it from the street or within the building unless we choose to amplify it."

In addition, Mohr has reached out to Alloy Orchestra to perform a live soundtrack to Dziga Vertov's 1929 film: "Man With a Movie Camera," an exuberant, self-reflective celebration of the possibilities of cinema from the master of Soviet surrealism. Also planned is a theremin concert and workshop weekend. Mohr commented, "Epsilon Spires seeks to reward the curious."

Along with the sanctuary and Social Engagement area, Mohr will also curate a gallery space on the third floor. "Our curatorial mission is to explore the political implications of subjective perception through interactive art installations," she adds.

The sanctuary and Social Engagement space will both be available for rent to outside groups for performances and events.

The 1868 First Baptist Church was designed in the High Victorian Gothic style, with a central steeple and a three-story sanctuary. A major 1889 renovation in the Late Gothic Revival style added a rear three-story section and two dramatic front entry towers. The sanctuary was further altered in the 1890s with the addition of detailed stained glass windows and again in 1906, when a monumental Estey pipe organ was installed. This three-manual pipe organ is historically significant for the region.

The sanctuary is built in a similar fashion to European opera houses: it is tall and shallow, allowing for both soaring acoustics and good views of the stage area throughout. Full scale choral and opera productions have been comfortably accommodated. Featuring ornately carved antique pews on 3 levels, the seating capacity is 425.

The third balcony is being repurposed as a multimedia art gallery with a curatorial focus on interactive installations that merge art and science to investigate the political implications of perception and subjectivity. In celebration of physicist Bob Johnson's scientific achievements, celestial images captured by the Hubble will be projected onto the vaulted ceiling of the sanctuary.

Epsilon Spires will feature a cafe and conference space serving thematically-curated and locally-sourced refreshments so audience members can socialize and exchange ideas during intermission and gallery opening events. This space will be an active performance venue and incubation lab in support of experimental music and performance, educational lectures, sustainability workshops.

In collaboration with Quintronics, the church bell tower will house a permanent installation The Weather Warlock: a weather-reactive synthesizer that is live-streamed on the website. This work embodies interactive collaboration between art and nature, utilizing transmission arts and climate science. Anyone anywhere in the world with internet access can listen to compositions produced by this unique instrument here at our cultural epicenter.