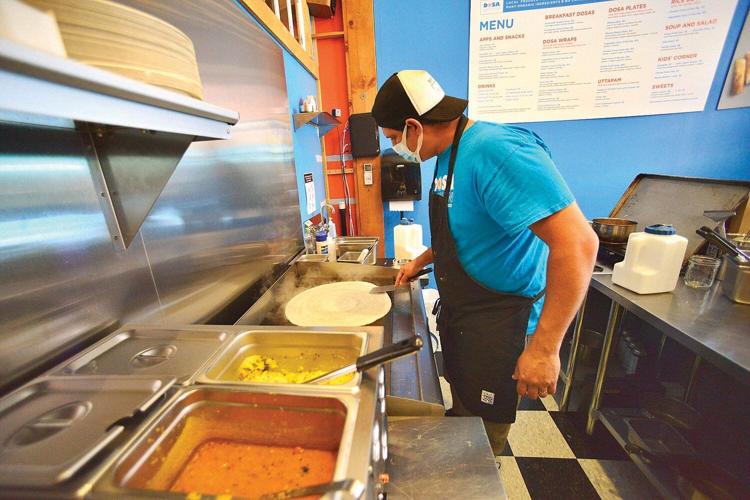 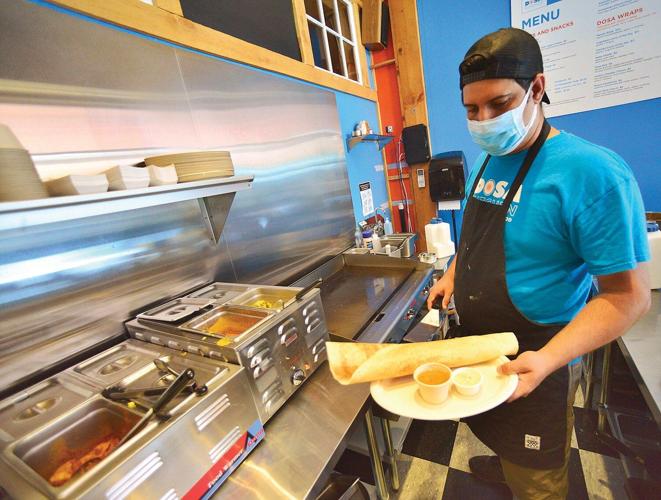 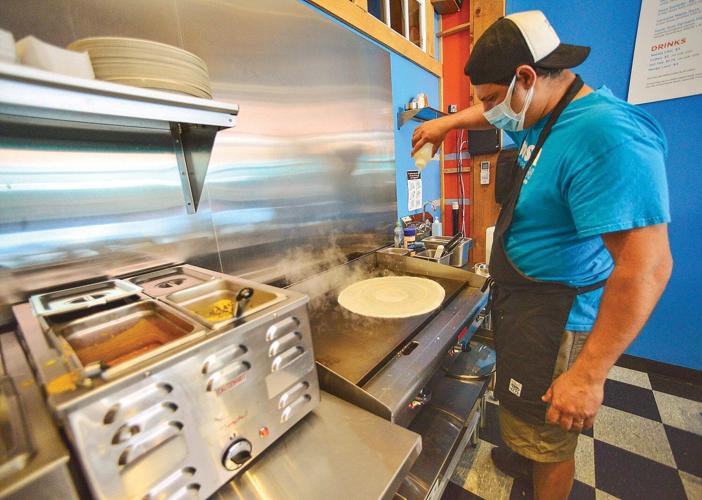 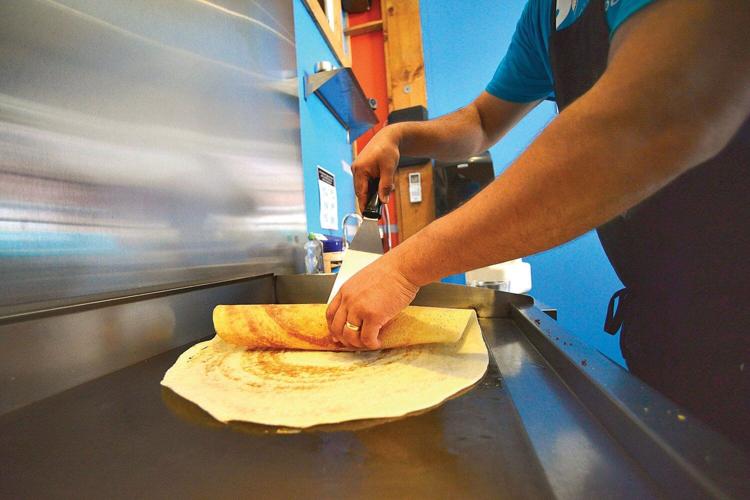 BRATTLEBORO — A month-long program is aimed at propping up local restaurants, food producers and people struggling during the coronavirus pandemic.

"We're really excited about it," said Leda Scheintaub, co-owner of Dosa Kitchen. "This is going to feed so many people. It's so great that we have a program that is both supporting people in eating healthy food and supporting the restaurants as well. It works for everyone."

Altogether, the community is anticipated to get 2,400 free meals from restaurants each week in August through the new program called Everyone Eats. Federal coronavirus relief funds are being used to purchase meals from independently-owned restaurants in Brattleboro facing challenges due to restrictions related to the coronavirus pandemic.

Select Board member Daniel Quipp said the program is for residents of Brattleboro, Dummerston, Guilford, Putney and Vernon whose food security has been challenged by the pandemic due to unemployment, underemployment, homelessness and other reasons. He suggested visiting brattleboro.com/EveryoneEats for more information.

No reservations are required. Stephanie Bonin, executive director of Downtown Brattleboro, said people can pick up meals for as many as three households.

Meals will be distributed each week through local organizations at the Church Building Park Lot on Flat Street. Individuals currently living in hotels also will be provided with meals.

Distribution will occur from 4 to 6 p.m. Monday through Thursday, with 150 to-go meals served at the sites each day. Sixteen restaurants are set to participate.

Those restaurants include Dosa Kitchen, Yalla, Duo, A Vermont Table, The Porch, Masala House, Hazel and The Works Cafe. The program is being organized by the DBA with the help of a coalition made up of state agencies, Foodworks, Putney Foodshelf, Food Connects, the Hunger Council of the Windham Region, Vermont Foodbank and Peter "Fish" Case.

Bonin said the state approached her group about hosting a pilot program. But then the Vermont Legislature passed a $5 million bill for hunger relief, enabling the program to be rolled out statewide.

"So Brattleboro is no longer the pilot," Bonin said, "but it's going to be the first program that hits the ground."

A request for proposals issued Thursday is looking for groups to run Everyone Eats in hub communities. Bonin said the idea came from people getting creative about trying to meet the many needs of the community right now.

"The depth of this quite large," she said. "I really hope that when people go to the distribution site downtown at 80 Flat St., they feel a really strong sense of a connected community. There are a lot of people who have been impacted by COVID that might have never asked for help before or might not have thought to reach out for support in feeding their family."

Bonin doesn't want people to feel stigmatized. She said participants should know they are making a big difference in the lives of restaurant owners who have been negatively affected by the pandemic.

Produce from local gardens can be dropped off at distribution sites to be used at local restaurants and MamaSezz.

"We did that because everybody has something they can give at this time, whether it's money or time or some zucchini," Bonin said. "We're all in a circle of helping each other rise up."

"She's really been so inspiring through the pandemic, keeping our spirits high and just getting all the information out there that we need to run our businesses to feed people," Scheintaub said.

Dosa participated in the Nourishing Artists program run by the DBA. New Chapter, a Brattleboro company offering herbal products, pledged to donate $5,000 and five individuals pledged $1,000 to fund meals for artists if $6,000 in gift card purchases to any retail or service business was sold in a 24-hour span between. One local restaurant each week was paid to prepare about 50 meals for artists.

"That was really great and successful," Scheintaub said.

She applauded Everyone Eats for requiring meals to be made up of at least 10 percent local products.

"That's the way we run our business," she said. "We use a lot of local produce. It's great that it's also going to be supporting the farms."

At the time of the interview, Dosa was planning the meals it would be preparing. The restaurant gets a lot of produce and some of its meat from Food Connects, which is described in the news release as an entrepreneurial nonproft that delivers locally produced food and provides educational/consulting services.

Scheintaub said Dosa will be providing cucumber and tomato side salads. A pork dish is being planned for the first week with the meat coming from CherryRail Farm in Brattleboro.

"We're basically using what's in season and creating a great meal around that," Scheintaub said.

She said the restaurant is managing to get through the pandemic.

Richard French, founder and CEO of The Works Cafe, said "God bless" Bonin for chasing the money and the state for spending federal funds on the program. His Brattleboro-based cafe uses Vermont-made cream cheese and produce from Harlow Farm in Westminster.

French noted the challenge in making $10 meals, which include a cookie, chip and drink. To keep costs down, he said odd-looking juicing carrots were purchased because his cafes only shred them and the farm had a lot of them.

The Works is going to make it through the pandemic, said French, who has other locations in New Hampshire and Massachusetts. He described the business "hemorrhaging badly" during the first four weeks.

"We were trying to be a beacon of light in the communities and we stayed open," he said, adding that it proved to be "the wrong call" from a financial perspective.

Initially, about 100 employees were laid off. About 60 continued working.

"We had to throw everything we could at it," French said, including online ordering, third-party delivery service, curbside pickup and calling places employing essential workers to see if the cafes could feed them. "We had to get scrappy."

With the help of the federal Paycheck Protection Program, his cafes returned to full staffing. But challenges remain.

Masks can be uncomfortable for cooks behind a hot grill and make it difficult to hear customers or staff when plexiglass is also set up between the parties. And two juice companies recently went out of business, prompting French to suggest renaming a drink called "Another Day in Paradise" to "A New Day in Paradise."