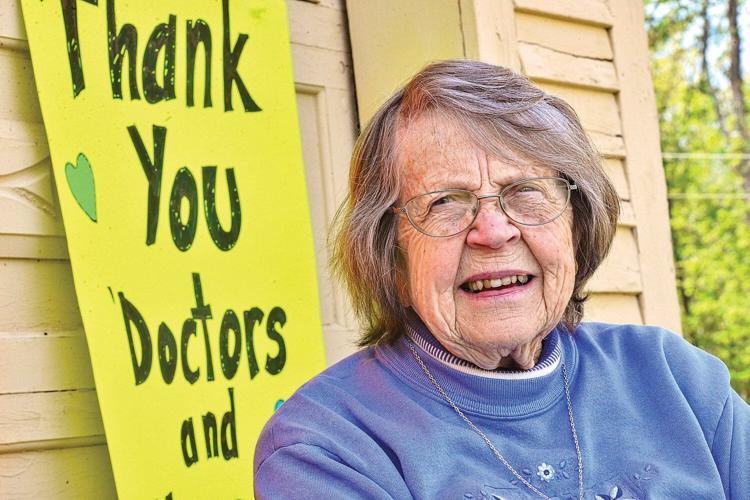 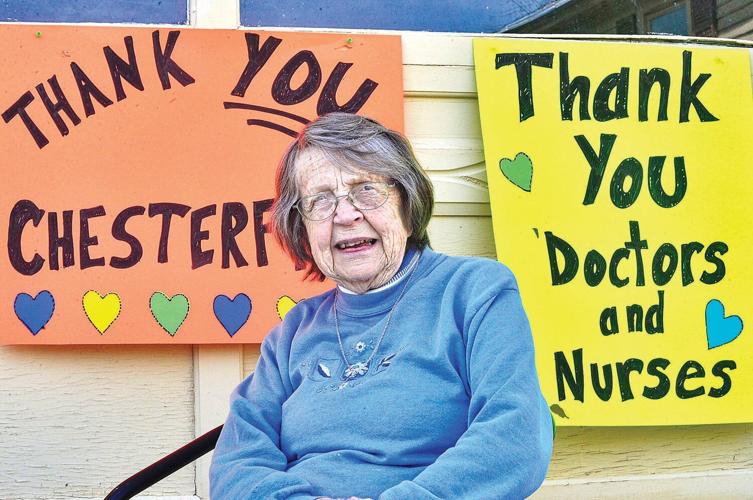 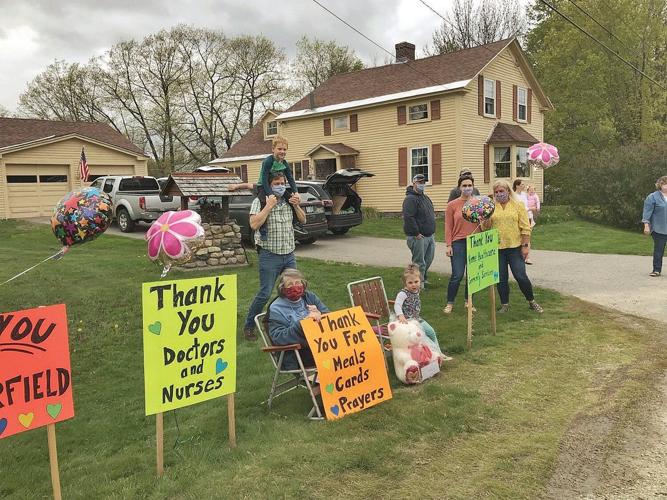 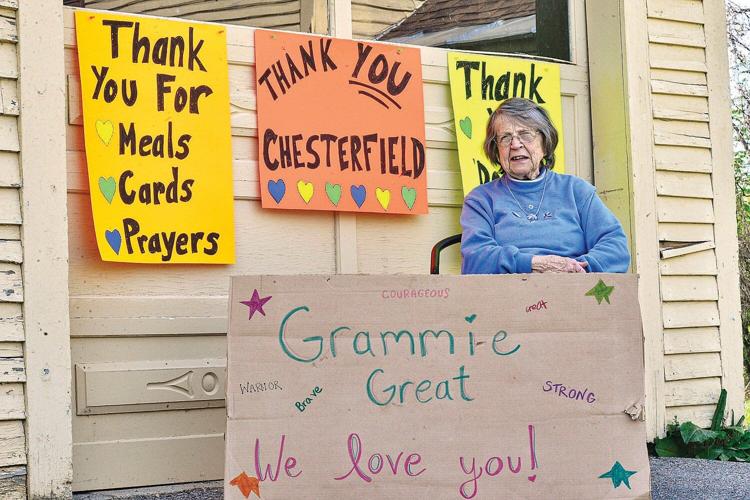 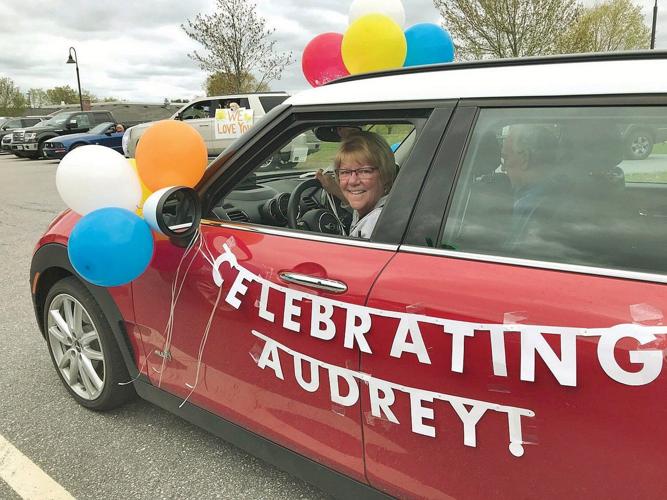 A vehicle donning balloons in celebration of Audrey Ericson's recovery from COVID-19.

A vehicle donning balloons in celebration of Audrey Ericson's recovery from COVID-19.

CHESTERFIELD, N.H. — "I am doing remarkably well," said 88-year-old Audrey Ericson, recovering in her home from a bout with COVID-19. "For several days though, it was obvious I wasn't doing very well."

Ericson, who lives with her 61-year-old son, Peter, said at first she didn't think she was infected with the virus.

"I was sure it was something else," said Ericson. "I'd been taking very good care of myself. Isolating myself. I haven't even been out of the house."

When her symptoms persisted, Ericson's daughter, Karen Guyette, drove her to the Emergency Department at Brattleboro Memorial Hospital.

"I was feeling terrible, but I had no symptoms at that point, at least the ones they tell you to look for," she said.

Ericson was sent home but two days later she was back in the ED with a temperature of 102 degrees. "I had no energy and I was just picking at my food. Something was wrong, but COVID-19 was the furthest from my thoughts."

But, after testing, she learned that she was in fact infected by the virus.

"You don't know how hard it was for my son, Dean, and my daughter, Karen, to take me to the hospital when they realized I had a fever," Ericson said. "I can't imagine how hard it was for them to leave me at the door, knowing they wouldn't be seeing me for at least a week later."

"The hardest thing I've ever done was leaving her at the door of the ER and then walking away," said Guyette, who lives in Spofford, N.H. "I had to sit in my car in the parking lot for a while. I couldn't just drive away."

While Ericson was in the hospital, her children were all quarantined and tested. But none of them showed signs of the virus. It's unknown how Ericson contracted COVID-19.

"The nurses at the hospital were extra special," she said. "Being in isolation is not easy but they made it as comfortable as possible."

Ericson said she feels blessed to have been treated so tenderly by people who were fully suited up to protect themselves from the virus.

When she was released from the hospital and arrived home, her kids had a surprise waiting for her.

"They used plastic sheeting to make a little apartment for me out of a couple of rooms and put a big quarantine sign on my door," she said.

Now Ericson is on a slow, steady path to recovery.

"It's taking me a little longer than I thought," she said. "And since I didn't have much of an appetite, I've lost quite a bit of weight. I just need to be patient."

Ericson has been relying on the Visiting Nurse and Hospice for Vermont and New Hampshire for her home health care as she recovers.

Guyette said her mom has been able to recover from the virus because she is very active and takes care of herself.

"I can't keep up with her," said Guyette. "And she has a better memory that I do."

Guyette also credits her mom's faith for helping her get through the sickness.

"Her faith ... she has a strong one," Guyette said. "She lost two sons and she's been through a lot of stuff in her life. Her faith gets her through it."

Ericson, whose husband, Harry, died a little more than four years ago, was a teacher in the Chesterfield schools for many years. She is still active in the Chesterfield Historical Society and her church, Asbury United Methodist Church. She has seen a lot of things in her life, including World War II, Lake Spofford Hotel, the McCarthy Hearings, the United States putting a man on the moon and, like most of us, Sept, 11, 2001. But for her, the current pandemic might be the worse thing her community has experienced.

"I've never seen anything this horrendous," she said. "It's just weird, imagining where we go from here. What the new normal will look like."

Ericson said living in a strong community like Chesterfield makes it a little easier to get through hard times.

"I feel very blessed to live here," she said. "With the river, and the lake and Pisgah [State Park] ... it's a pretty special place to live."

She also gave credit to a new wave of families in town who have really committed to Chesterfield.

"For a long time, I thought Chesterfield had lost its heart," she said. "But a lot of new people are stepping up and recapturing what makes Chesterfield a special place."

"Half the people in Chesterfield have had my mom as a teacher," said Guyette, who thanked all the people who chipped in to help her mom since she's been out of the hospital.

"Living this long in one place makes me feel good to know that I am well loved," Ericson said.