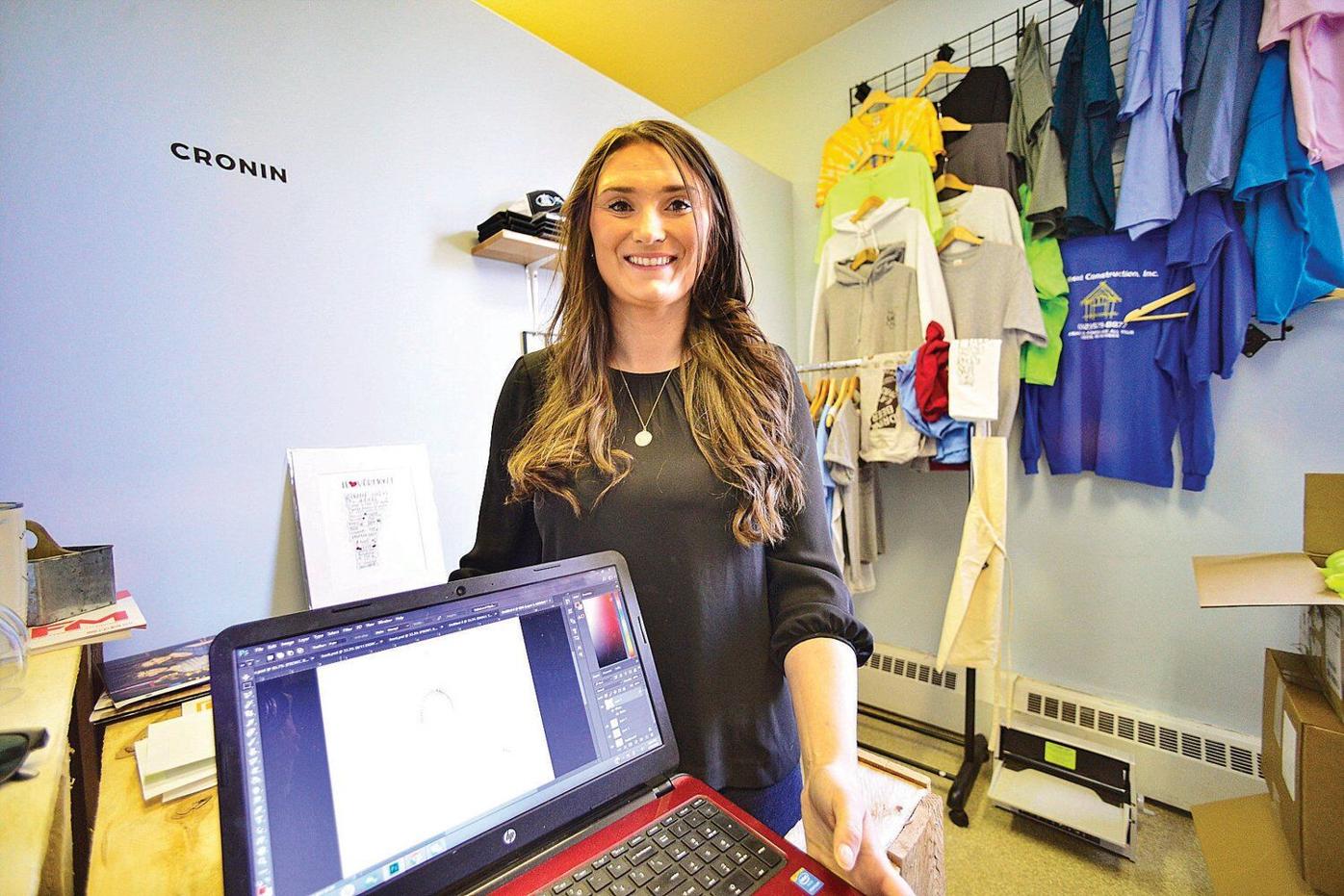 Haley Frano works on a design for a t-shirt. 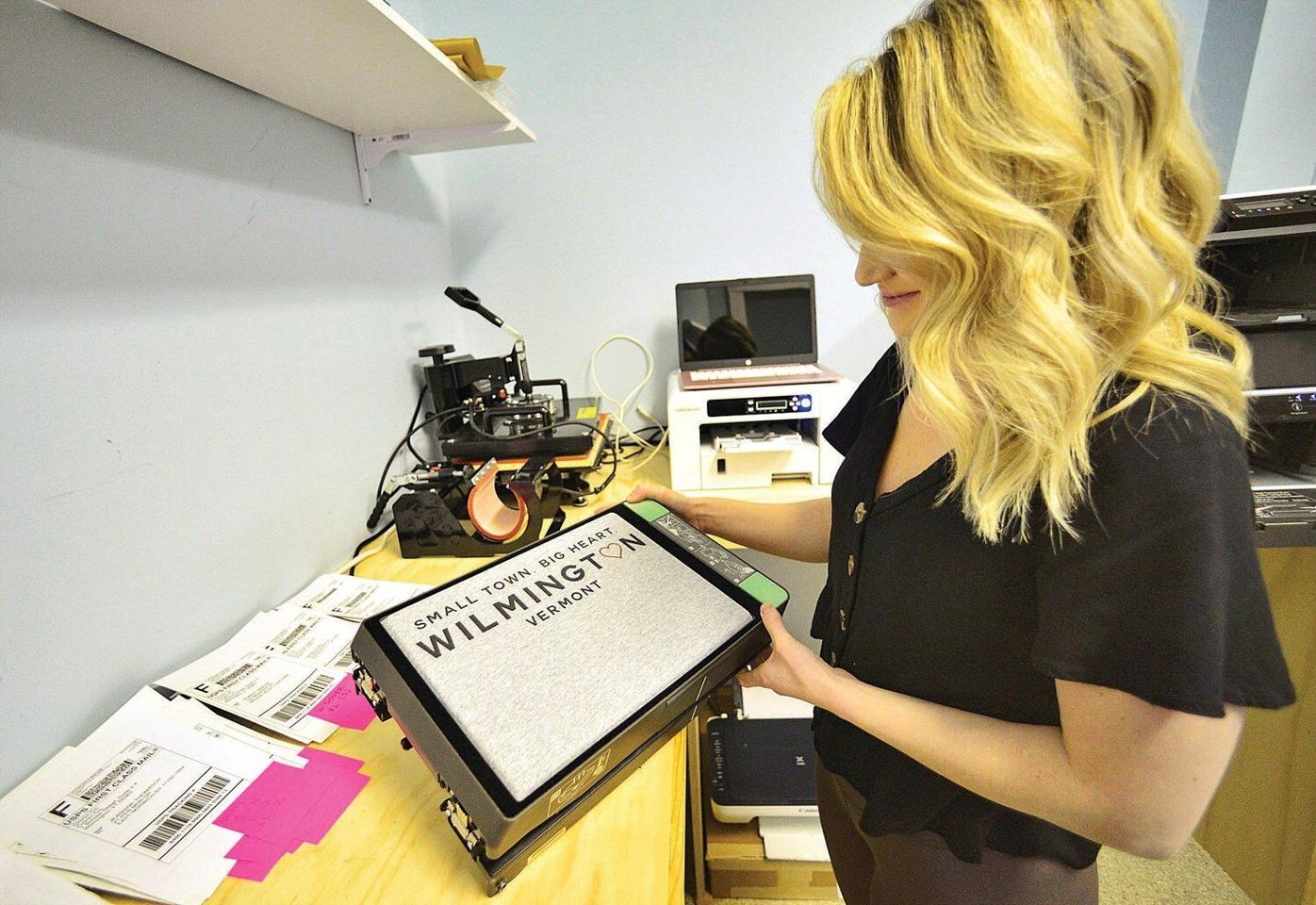 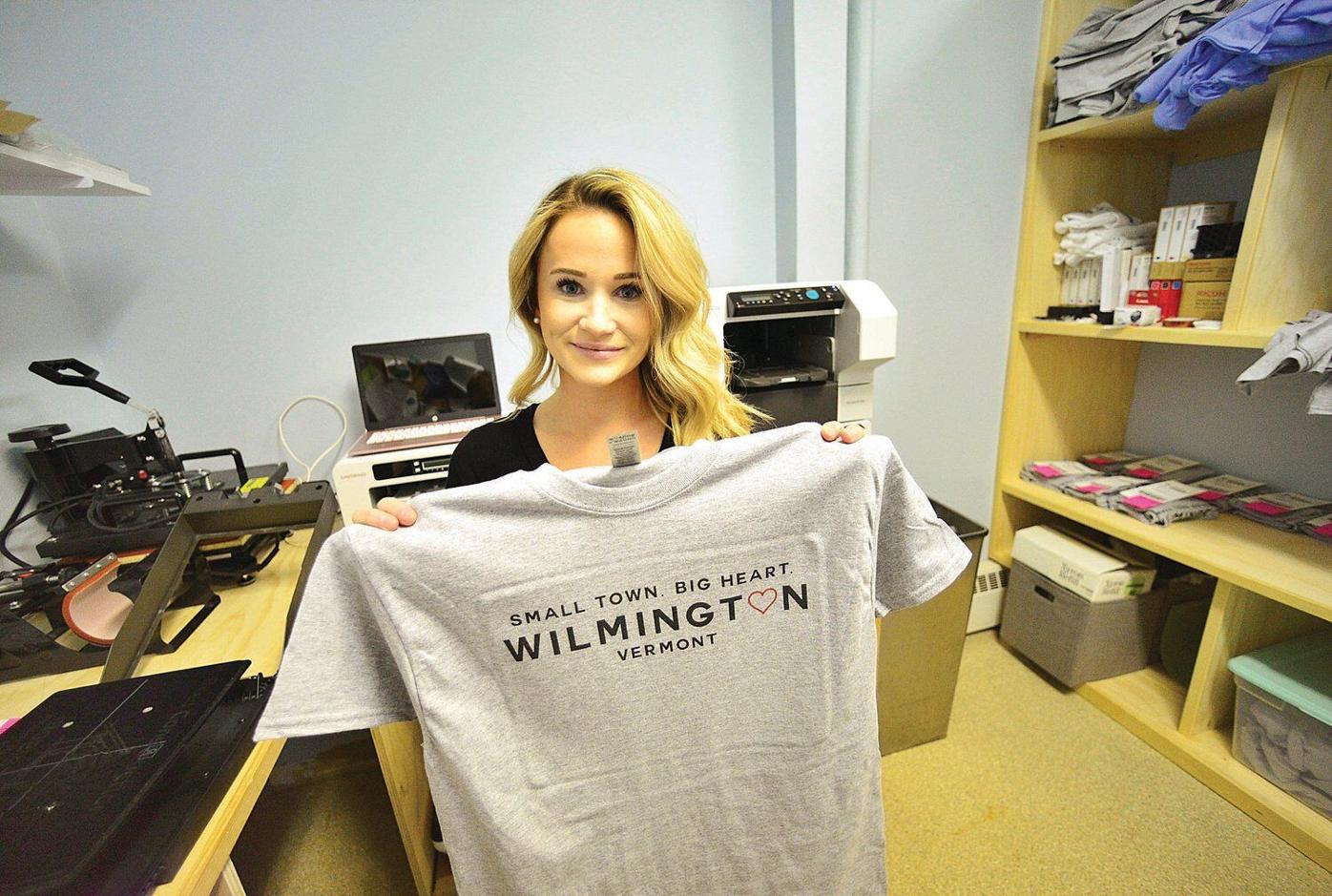 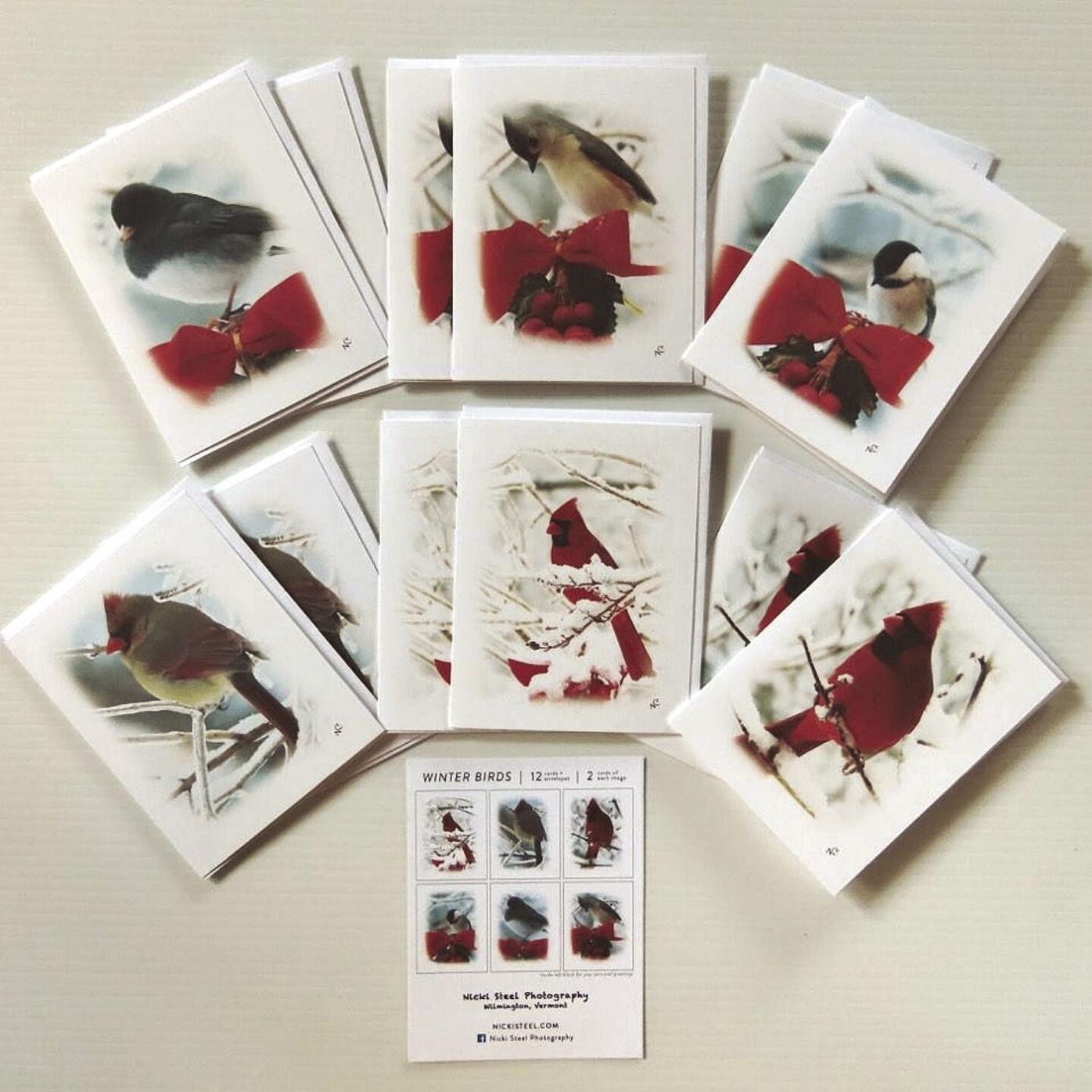 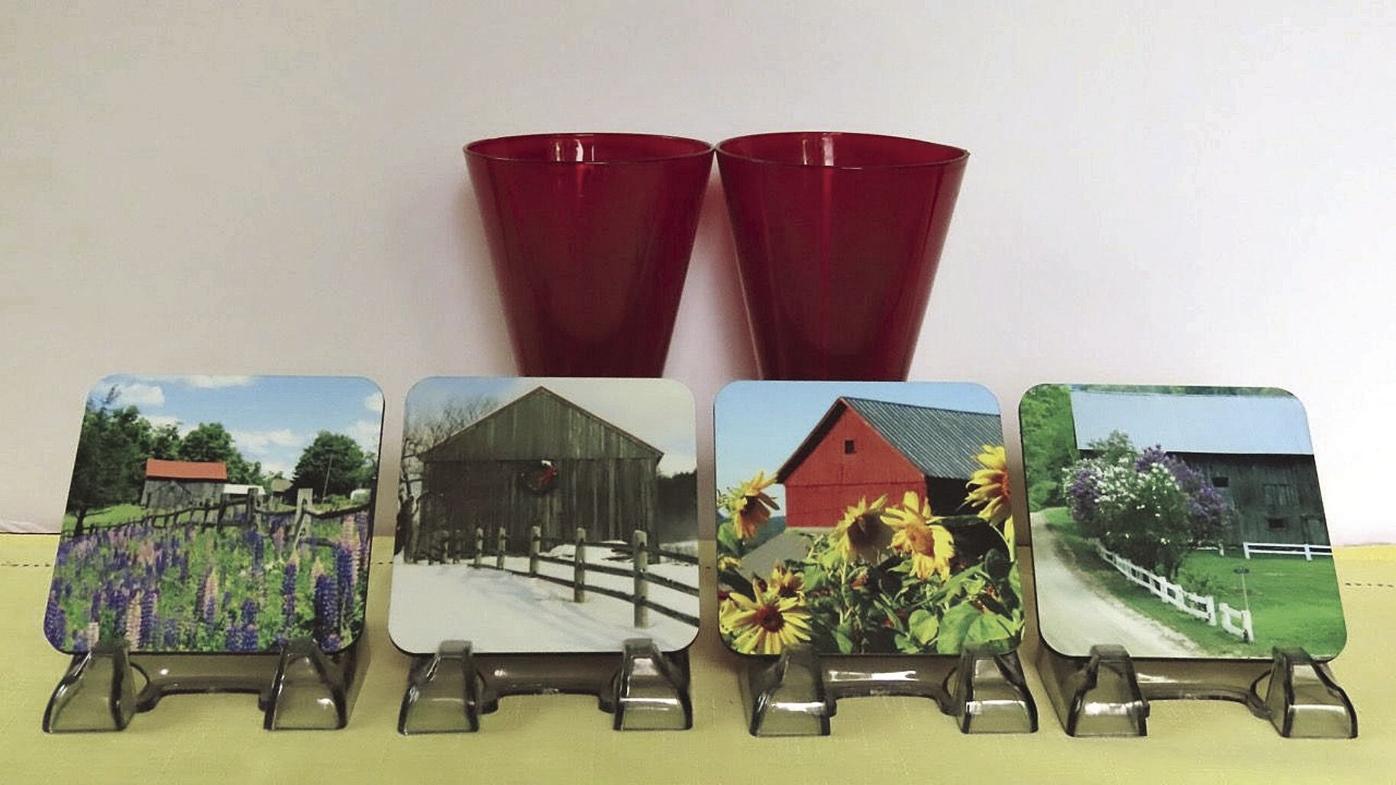 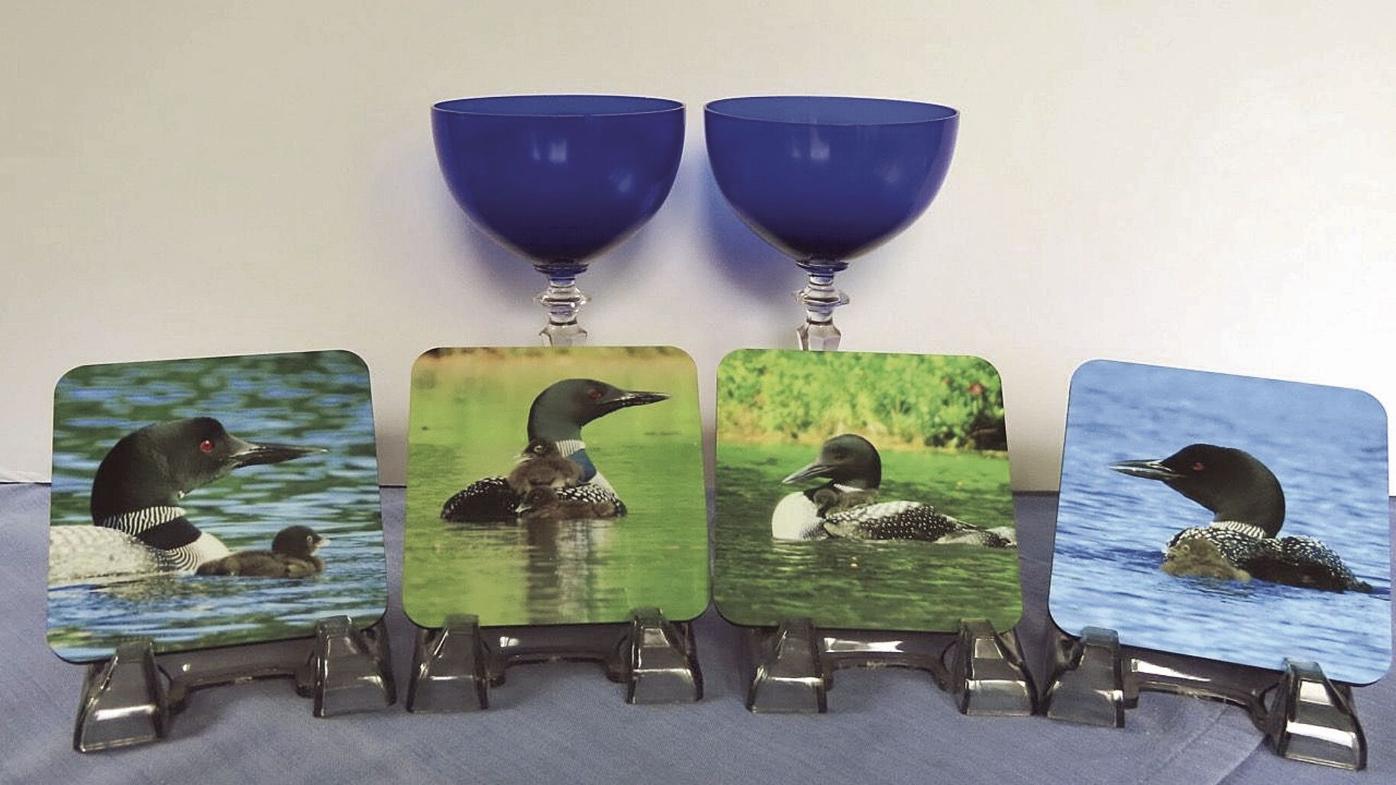 Haley Frano works on a design for a t-shirt.

WILMINGTON — Three female entrepreneurs find networking within the community and supporting other local businesses key as they expand their own offerings.

Nicki Steel, who owns Nicki Steel Photography, started her own business around the early 2000s.

“I’ve always just sold my photo notecards and enlargements, and that’s what I’ve done,” she said. “I haven’t really moved off that at all.”

This year, Steel wanted to switch things up a bit. She had been working with Cronin Co. owner Jess Cronin on t-shirts and tote bags for Old Home Week, which was postponed until next summer due to the COVID-19 pandemic, as the organizing committee she serves on vowed to go local or regional as much as possible when making purchases for the event.

“She was great to work with, energetic, wonderful,” Steel said. “Now, she’s moved into the Old School [Community Center], which makes even it cooler.”

Steel said Cronin kept telling her she needs to speak with Haley Frano, who owns Studio Lane LTD and New England Paper and Stationery Co. When they did, they clicked.

Steel went and met with Frano.

“And we just hit it off,” Steel said, describing the two as “design nerds.”

Thanks to that connection, Steel had five series of coasters made up. They feature barns, loons, winter birds, hearts in nature, and butterflies and flowers.

Steel sold them through her Facebook page. She said they were “really popular.”

While working on the coasters, Steel was able to get started on another project. She wanted smaller cards she could sell for a reasonable price for customers to use as holiday cards and regular photo cards.

Frano is printing Steel’s images directly on to smaller pieces of paper. They are sold in packs.

“We just had a great time working together,” Steel said. “I don’t want to do a whole lot of other things but I love the fact that I’m working with these two young women who are excited about their jobs, who do a great job with customer service, attention to detail, all of those things and they’re in the valley. They’re both in Wilmington. I love it.”

In the second print of her cards, they will say Wilmington to show they are made. Steel said she wants to highlight the local origins at a time when many people opt for an unknown company on the internet.

The fun part, Steel said, is the feeling that you’re working with a person. She described going back and forth with Frano on tweaks before finalizing a product.

“It just seemed to mesh really well, really symbiotic,” Frano said, adding that they shared the same vision for holiday cards and now they’re talking about other products. “She’s been fantastic to work with ... I think it’s just been a great networking opportunity for her and I to meet. Now, there’s more things we want to do. It’s so much easier when you have the help and support from someone around you.”

“When we talk, it typically includes brainstorming the next best thing to offer,” Cronin said. “She is very motivated and takes pride in her beautiful photography.”

Community support is big for Cronin, who started her business about four years ago.

“Having local entrepreneurs to network with during a time like this has been a godsend,” she said. “It definitely helps one to realize you’re not alone.”

She said her company’s sales have grown significantly this year but they come in waves. Currently, she’s seeing lower numbers. But luckily, she secured a $10,000 Vermont Community Development Block Grant to help grow the business.

Cronin said local sales alone won’t get her to where she wants to be. Her company recently contracted with Printify Inc. with plans to print and ship between 500 and 1,000 shirts each day.

“However,” she said, “it is still very important for us to offer custom apparel to local businesses, schools, and events.”

Frano’s clients are from all over but she’s trying to tap further into the local market. She was born in Brattleboro then lived in South Carolina for a long time so she still has clients there.

Her design business, Studio Lane, started about four years ago. She’s now in the midst of launching New England Paper and Stationery Co.

“We’ve been in the works all summer doing marketing materials and the website and everything,” she said.

Frano bought into the printing business recently and operates out of an old barn on Route 100 across from The Roadhouse. The barn is where her father built custom staircases for about 50 years and now sells firewood.

When Frano returned to the area in July 2016, she knew a lot of people her father’s age.

“Now, I’m meeting people like Jess Cronin and trying to continue on these younger generations of traders and such in the area,” she said.

“I’ve gotten a few jobs in the area just by meeting people in the last two years,” she said. “I get a lot of work from word of mouth and referrals.”

Frano found support from Meg Staloff, downtown organization Wilmington Works program coordinator, and Gretchen Havreluk, economic development consultant for the town of Wilmington. She credited some of her progress and momentum to a six-week entrepreneurship class offered by the Brattleboro Development Credit Corp.

“The resources in Vermont are beyond anything I’ve ever had,” Frano said. “The sense of community has really made me want to do more. It’s really nice. You know, having my dad helping, it feels like I’m taking over and keeping it going even though it’s a very different business. The space is perfect for both things.”

Despite the pandemic’s impact on the economy, Frano said she’s trying to push forward and look at what the future might bring.