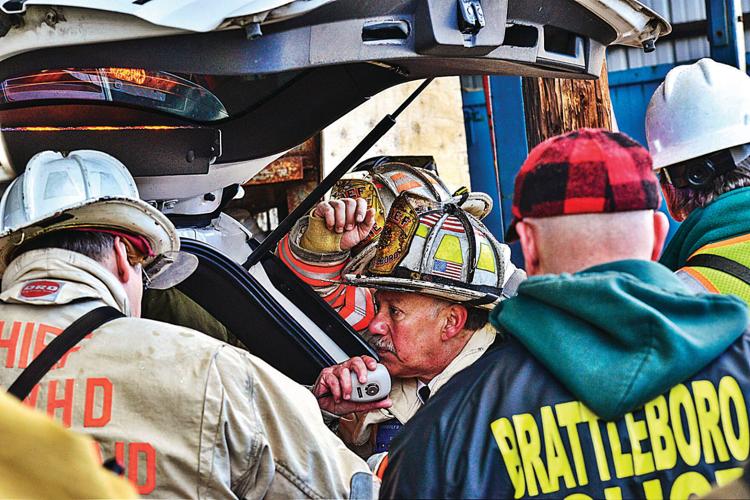 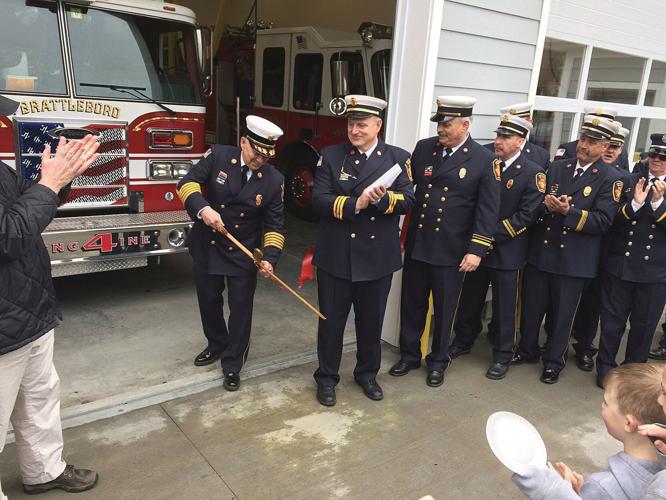 BRATTLEBORO — Fire Chief Mike Bucossi is retiring after working for the Brattleboro Fire Department for 43 years in jobs he called “a lot of fun” and “very gratifying.”

“There certainly have been the ups and downs,” he said, as he was a shift captain on duty one night when a child died in a fire and had been on the department when a fellow firefighter died in the line of duty. “I’ve also been part of some very happy times. We’ve made some very successful rescues. I just think we’re part of making somebody’s life a little bit easier in their worse moments, you know. I think that’s what is most gratifying whether that be a medical call, a fire or a car accident.”

Bucossi will step down April 1 and Assistant Chief Len Howard will take over, according to a news release issued Friday.

“Personally, it’s a mixed bag of emotions,” Bucossi said. “I know nothing else but the fire service so what the future holds for me, I don’t know, but I’m looking forward to it and I’m excited.”

Bucossi said he’s excited to not be listening to pagers and looking at a cell phone all the time. He plans to spend a lot more time with his wife, children and grandchildren.

His immediate plan for the day of his retirement is to get in the car with his wife and travel to Pennsylvania to see two grandchildren they haven’t seen in about a year due to the COVID-19 pandemic. He said he’s looking forward to living a more civilian life, where he won’t miss holidays or other events.

Fearing boredom, Bucossi also expects to look for work — most likely outside of emergency services. The plan is to stay local for now.

Bucossi became a call firefighter in 1975 during his senior year at Brattleboro Union High School at the suggestion of Steve Barrett, who is now the director of the Brattleboro Department Public Works.

“I got hooked when I started doing that,” Bucossi said, describing how he never returned to college after his second summer vacation when he was offered a full-time position.

In college, he was interested in physical education and health/safety careers but never declared a major. Serving on the department early on made him realize it was what he wanted to do with his life.

Making his way through the ranks, Bucossi was promoted to lieutenant in 1984, captain in 1985 and assistant chief in 2000. He became fire chief and emergency management coordinator in 2007 upon the retirement of David Emery.

The chief positions are about molding and building the department, said Bucossi, who wanted to do that work after being captain for a little while. He “provided leadership at countless incidents,” the release states.

“At two of the most memorable and significant, he was the incident commander at the Wilder Block fire on December 4, 2004, and at the Brooks House block fire on April 17, 2011,” the release states. “He also was the operations officer (second in command under then Town Manager Barbara Sondag) during the flooding caused by Tropical Storm Irene on August 28, 2011.”

While the Wilder Block was known to be evacuated, the Brooks House required a search and rescue process that lasted about an hour into the fire before knowing everyone was out. Having those buildings standing and in use today after renovations make Bucossi proud of his crew. He said even though there was a lot of damage, the buildings were saved.

Bucossi is credited with overseeing the expansion and renovation of Central Fire Station downtown, the construction of a new station in West Brattleboro, and the replacement of five major pieces of fire apparatus: four engines and an aerial ladder truck.

About fourth months ago, the department hired its second ever woman as a career firefighter. Bucossi called the development “a big step” and something that was planned for as the stations have separate locker rooms.

“She’s a great kid and she’s a great firefighter,” he said. “I think that her being the type of employee she is will certainly open the door for more females in the years to come in Brattleboro.”

The first woman hired as a career firefighter in Brattleboro around 2000 left to have a baby and never returned, Bucossi said. His hope is to see the number of females in the department increase in the future.

“There are individuals in our community who owe their lives to Chief Bucossi,” Town Manager Peter Elwell said in the release, “and all of us owe him a tremendous debt of gratitude for 43 years of dedicated service and 14 years of leadership as our fire chief.”

Elwell said Bucossi also provided “an important service” to the department and community by helping Howard become well prepared to succeed him as fire chief.

“We are fortunate to have someone right here who is ready for this new challenge and will bring to it his own long and effective service to our community and his profession,” Elwell said.

Elwell said he interviewed Howard with Select Board Chairman Tim Wessel, Assistant Town Manager Patrick Moreland, and Human Resources Director Sally Nix before the panel unanimously agreed that Howard is ready to be promoted to chief.

“I think Lenny’s going to do a tremendous job,” Bucossi said. “He has grown immensely since he’s become the assistant chief and he’s always exploring new ways to do things.”

Bucossi said he wants to help Howard make a smooth transition at a time of “really big change.” A new administrative assistant was hired, Lt. Dan Hiner retired, four staff members will move into new positions and there will be three more new hires.

“I don’t see them missing a beat,” Bucossi said. “I really don’t. The public won’t see any difference at all when they call for an emergency.”

Asked what advice he would give to new firefighters or people interested in the job, Bucossi said, “You’re not going to get rich doing it but the human side of it, the human satisfaction is a great feeling. And you need to work hard. You need to learn a lot today. I’ve seen a lot change over 45 years. You really have to have a really strong work ethic because obviously people can get seriously hurt or worse in this business.”

To the editor: As my career with the Brattleboro Fire Department winds down there are some recognitions that I would like to share. The Brattl…