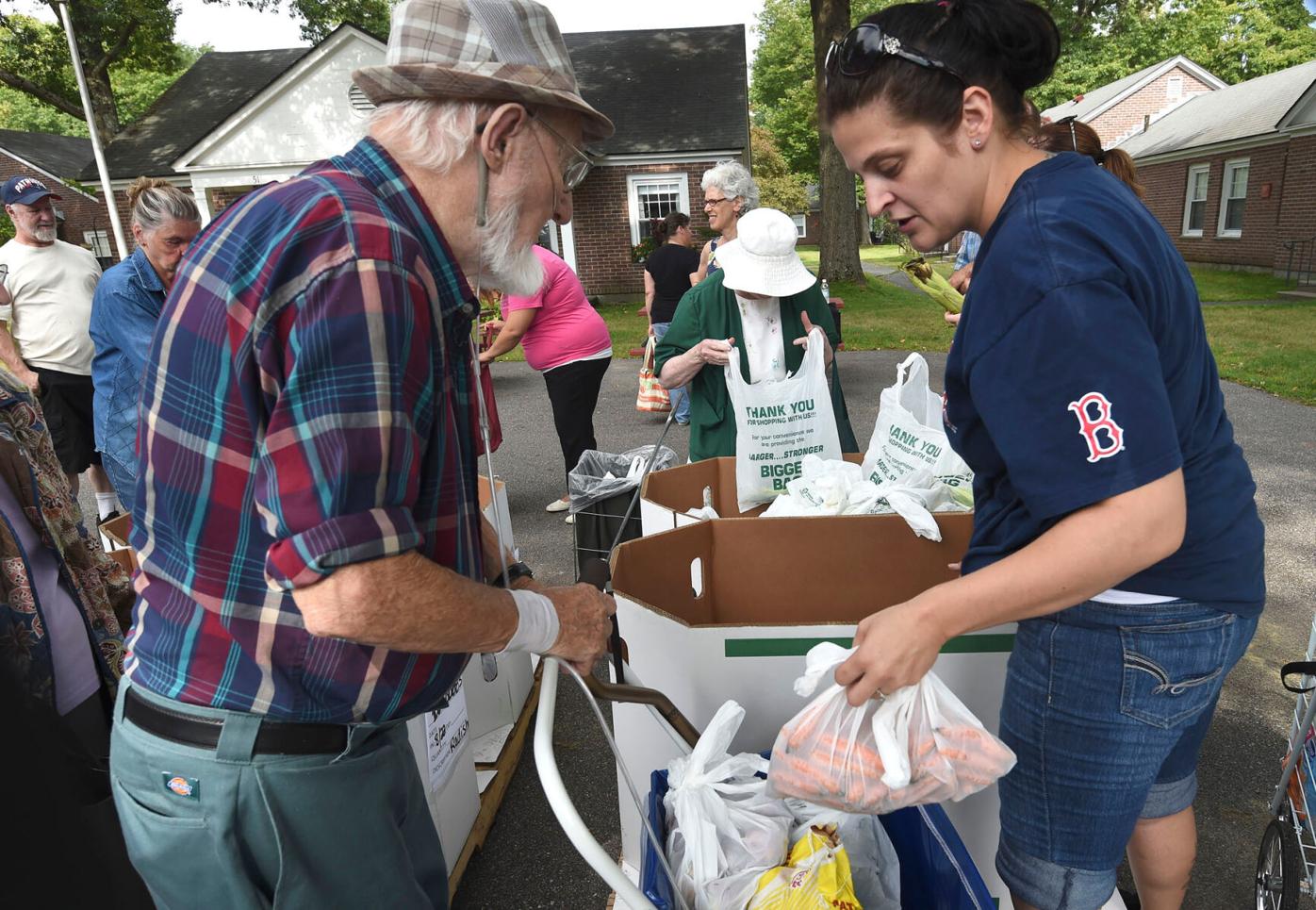 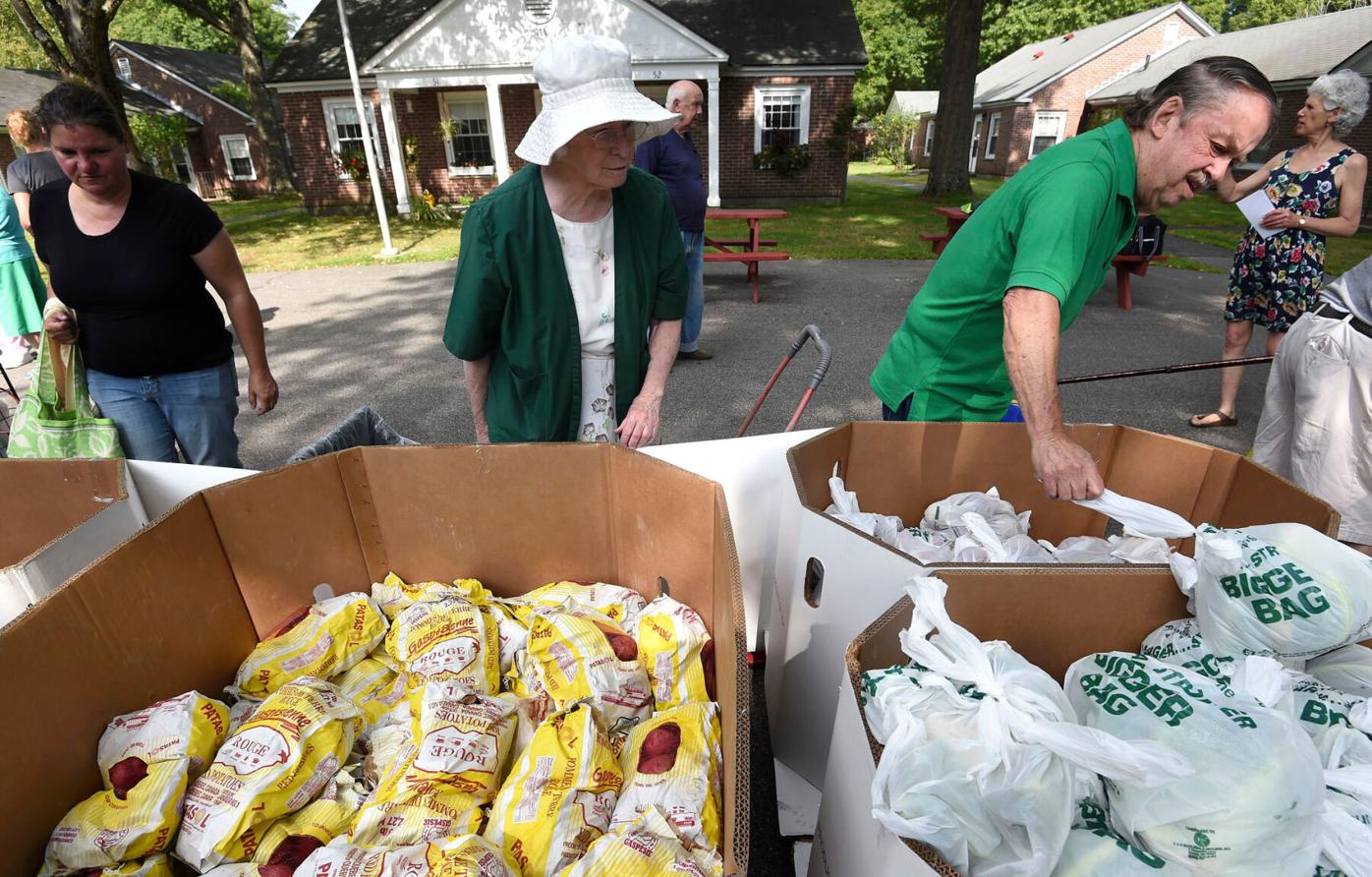 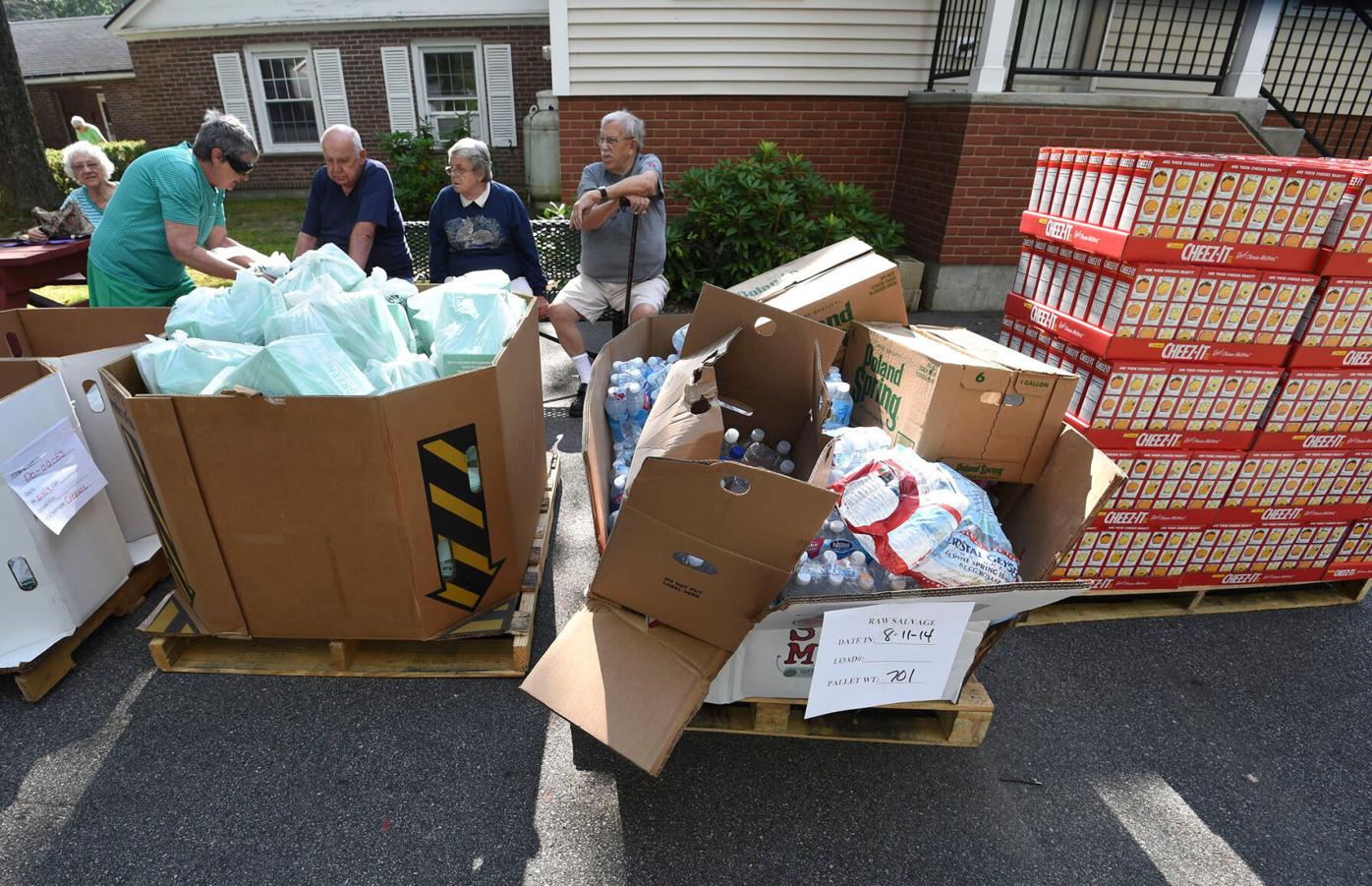 BRATTLEBORO -- The harvest season can be a bit challenging for the Vermont Foodbank, which works with farmers all over the state, accepting their extra produce as it becomes available.

When a farmer calls and says there is a pallet of cabbage to pick up, the foodbank has to get the fresh produce, bring it back to the warehouse and make space in the cooler, and then get it out to member food pantries and kitchens as quickly as possible.

During this time of year the fresh produce comes into the foodbank almost quicker than the staff has time to redistribute it. So Vermont Foodbank staff thought it might make more sense to bring the fresh nutritious food directly to the people who need it most.

"We're always looking for new ways to get fresh produce to people," said Vermont Foodbank Chief Operating Officer Alex Bornstein. "This program allows us to get the fresh produce out to the people who really need it."

He said when the foodbank administrators decided to start the program in Brattleboro they called the Brattleboro Housing Authority and got in touch with Christine Hazzard, coordinator for the Support And Services at Home, or SASH, program.

The SASH program works to establish a system of coordinated support services to promote wellness activities and healthy living choices among the tenants in the BHA properties.

"Working with SASH has helped us to get into locations they know and manage," Bornstein said. "They have the same goals we have, of trying to help the elderly make healthy choices, so this works for both of us."

Hazzard was at Melrose Terrace Wednesday when the foodbank truck pulled up with cases of cabbage, corn, carrots, potatoes and apples.

Most of it, she said, was from Harlow organic farm in Westminster.

"The idea behind this is serving people directly where they live," Hazzard said. "Some people don't think they qualify to get food assistance so they wouldn't go to a foodbank, but a lot of our population is nutritionally vulnerable. We know it's important to get healthy food to them. They would be more likely to take part in a program like this rather than going to a food pantry somewhere else."

Just before 10 a.m. the Vermont Foodbank truck pulled up and foodbank staff lowered the crates of produce. The tenants then lined up and took out bags of food and carried them back their apartments in Melrose Terrace.

The SASH program offers a range of healthy food programs and cooking classes and Hazzard said when the Vermont Foodbank called up BHA was very enthusiastic about having the fresh produce delivered to the five public housing sites in Brattleboro. Produce is being delivered to Ledgewood Heights, Moore Court, Melrose Terrace, Hayes Court and the Samuel Elliot Apartments.

Vermont Foodbank Brattleboro Branch Manager Chris Thayer said the trips this week have been successful. Thayer said foodbank staff distributed about 5,000 pounds of food at each stop so far this week, which also included Moore Court and Ledgewood Heights.

"A lot of the people who we are serving can't drive or have a hard time getting out to one of the food pantries for whatever reason," Thayer said. "This is one more way we can get good fresh nutritious food to the hungry and unfortunate."