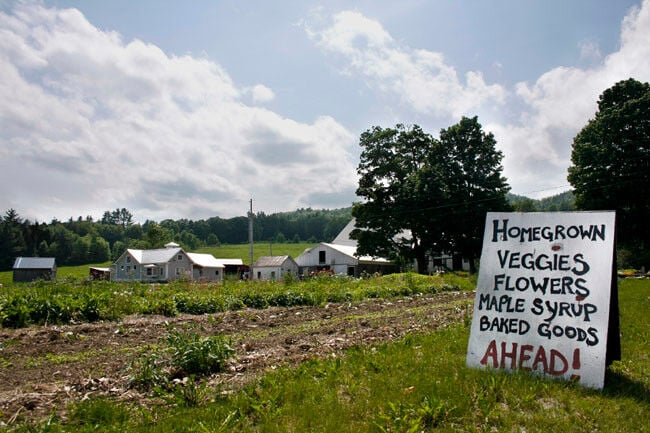 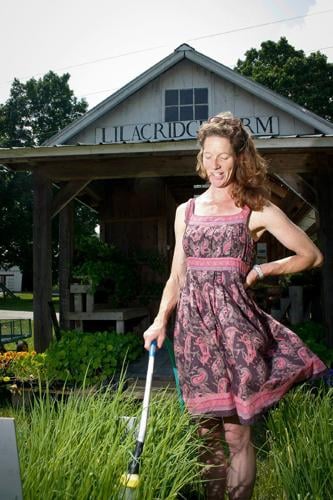 BRATTLEBORO -- For the past 10 years, organizers of The Strolling of the Heifers have had one story to tell, but they've told it in many different ways.

To get the word across that local food is important and family farms have to be saved, SOH has marched cows down Main Street, honored local farm families, organized farm tours and used a variety of art forms including painting, music, dance and sculpture to make its point.

This year, as SOH enters its second decade, the story is the same but The Stroll has found a new way to get the message across.

Strolling of the Heifers is holding its first-ever film festival, which will be held the day of the parade, Saturday, June 4, in the Brattleboro Retreat's Lawton Hall.

The films, which were entered by filmmakers across the county, will show from noon to 4:30 p.m. and there is no admission charge.

Strolling of the Heifers entertainment coordinator Beth Kiendl said when the committee began talking about bringing something new to the festival this year, it realized that there has been a surge in artists using film to document the local food movement.

Over the past few years major films like "Food Inc." and "Super Size Me" have taken on the commercial food system and made the case for a more sustainable way of feeding the planet.

Smaller, independent filmmakers are also putting together films and Kiendl said the first annual Strolling of the Heifers Film Festival is a way to highlight that work.

"Every year we try to spread the message that healthy, local food is important and showing these films is another way to do that," Kiendl said. "These people are putting out very good films that send that message so it seemed like a good idea for us to show their work."

When Orly Munzing founded the Strolling of the Heifers in 2002, the word localvore was not in the dictionary and farmers' markets were relatively rare.

Today cities and towns all over America are setting up markets and the U.S. Department of Agriculture has recognized the importance of farmers' markets as economic engines and as models to support agriculture.

Supporting local food is seen as a way to save family farms, battle obesity and help the local economy, and all over the country filmmakers are finding ways to tell that story.

Once organizers put out the word that there would be a film festival this year, they received entries from across the country, from Canada, and even from overseas.

Local filmmakers Michael Hanish, Lisa Merton and Andy Reichsman screened the entries and Michel Moyse served as an advisor to the festival.

The films range from seven-minute shorts on the role immigrant laborers play in the U.S diary industry, to a 30-minute documentary on the traditional farming practices of a remote village in Eastern Tibet.

After the festival films are shown, there will be a special screening of a new film, "Lilac Ridge, Life on a Family Farm."

The film portrays the life and work of the Thurber family which runs the West Brattleboro farm, and was made by local filmmakers at Ames Hill Productions.

This year's Grand Prize winner is "The Greenhorns," a short film by Severine von Tscharner Fleming which looks at the diverse, and changing, farmers of the 21st century.

From radical Christians, to young punky urban gardeners to the children of migrant farm workers to families in suburbia, the film shows how many different groups are getting their hands dirty in small gardens.

And while they come from different backgrounds, they all are motivated by the desire to have a closer connection to their food production.

Kiendl said that while some of the films take of weighty topics like migrant labor, the loss of agriculture land and environmental threats to the food system, the messages are largely positive.

"You can read the news and really feel down about what is going on this crazy world, but then you see young people who are making an attempt to make it better," said Kiendl. "You come away with a positive outlook, and it can really be invigorating."