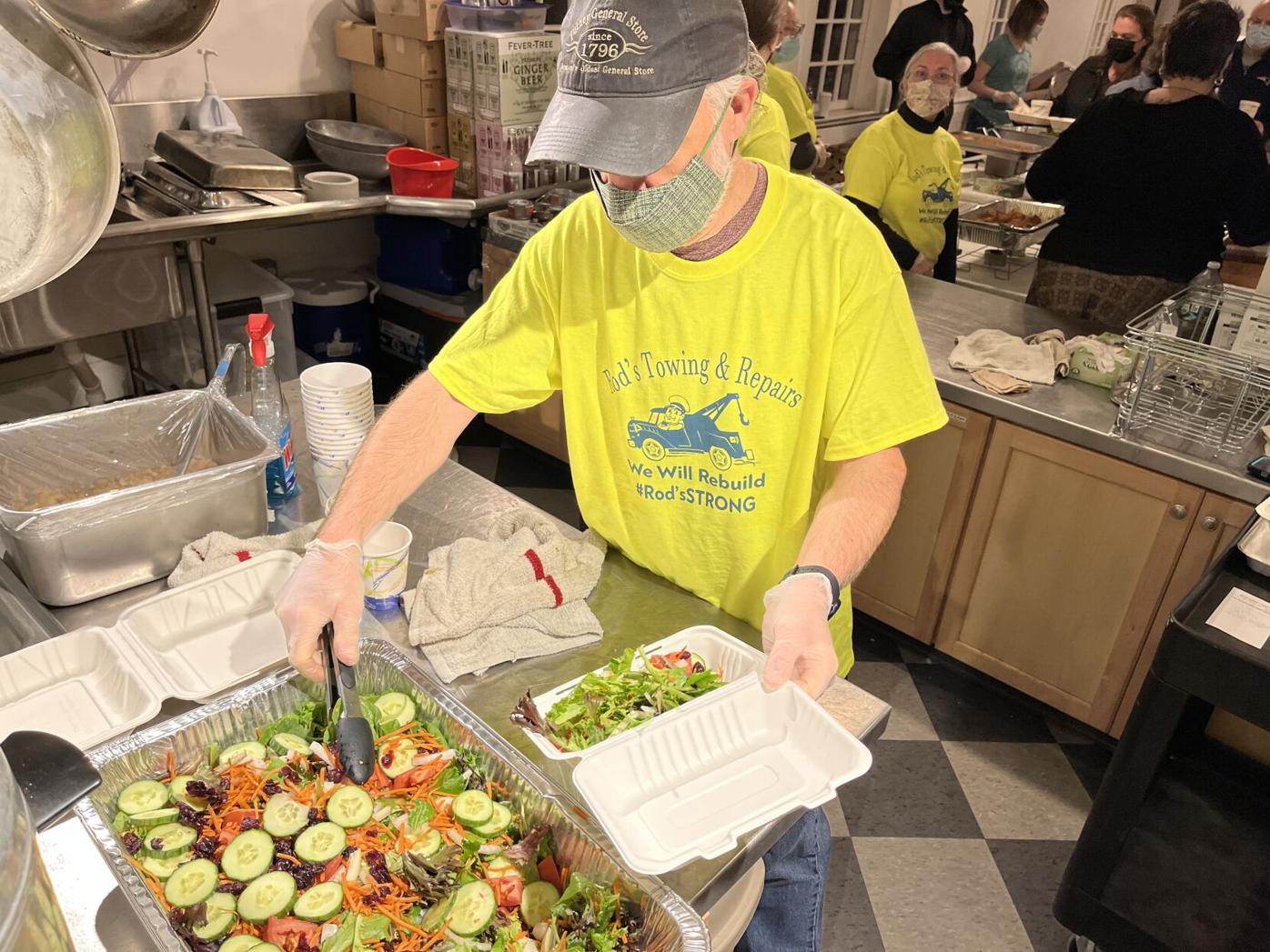 Mike Cosco prepares a salad at the fundraiser for the owners of Rod's Mobil in Putney. 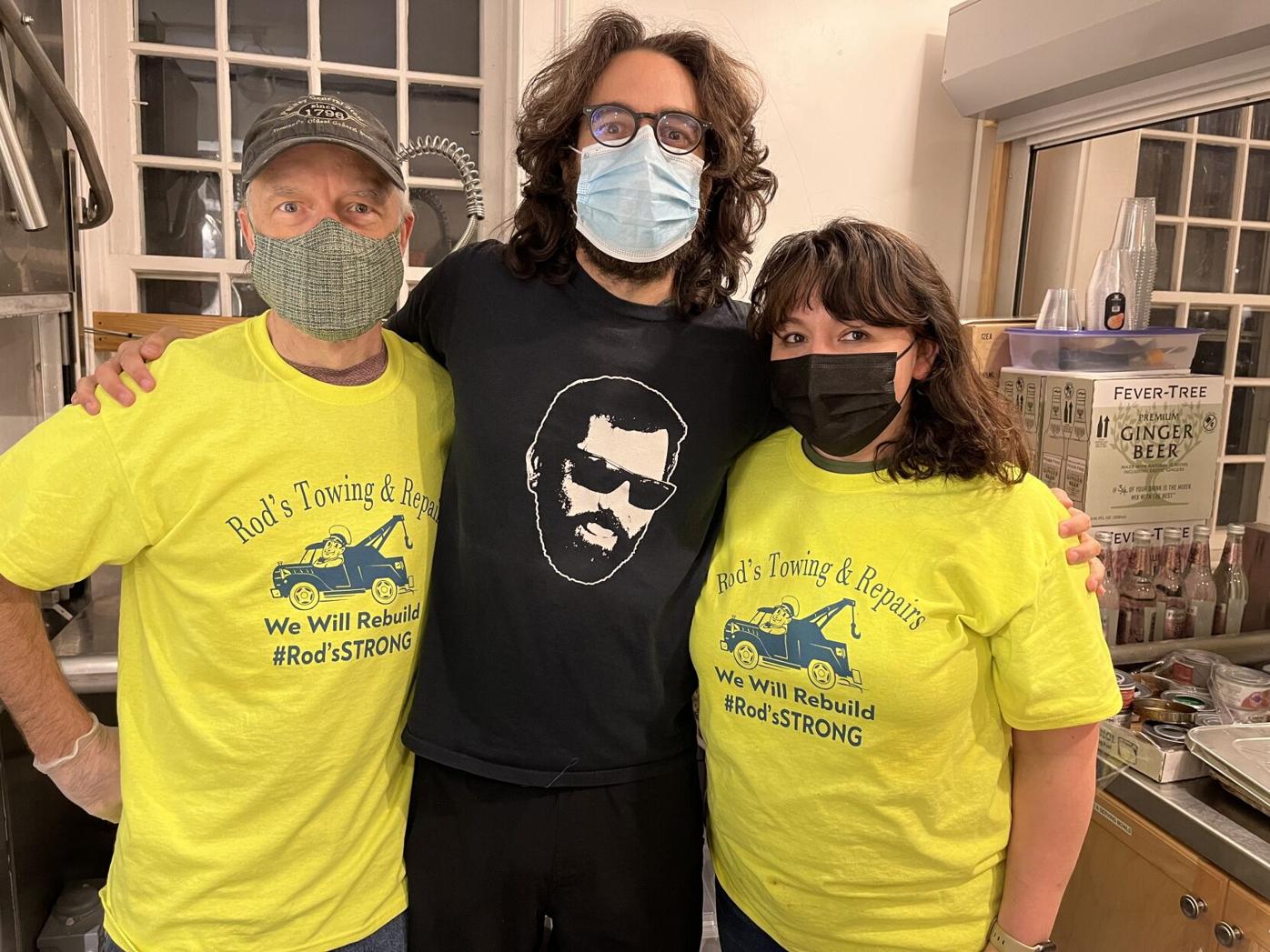 Mike Cosco, Keith Marks and Eleni Maksakuli stand in the kitchen during Sunday's fundraiser for Rod's Mobil in Putney. 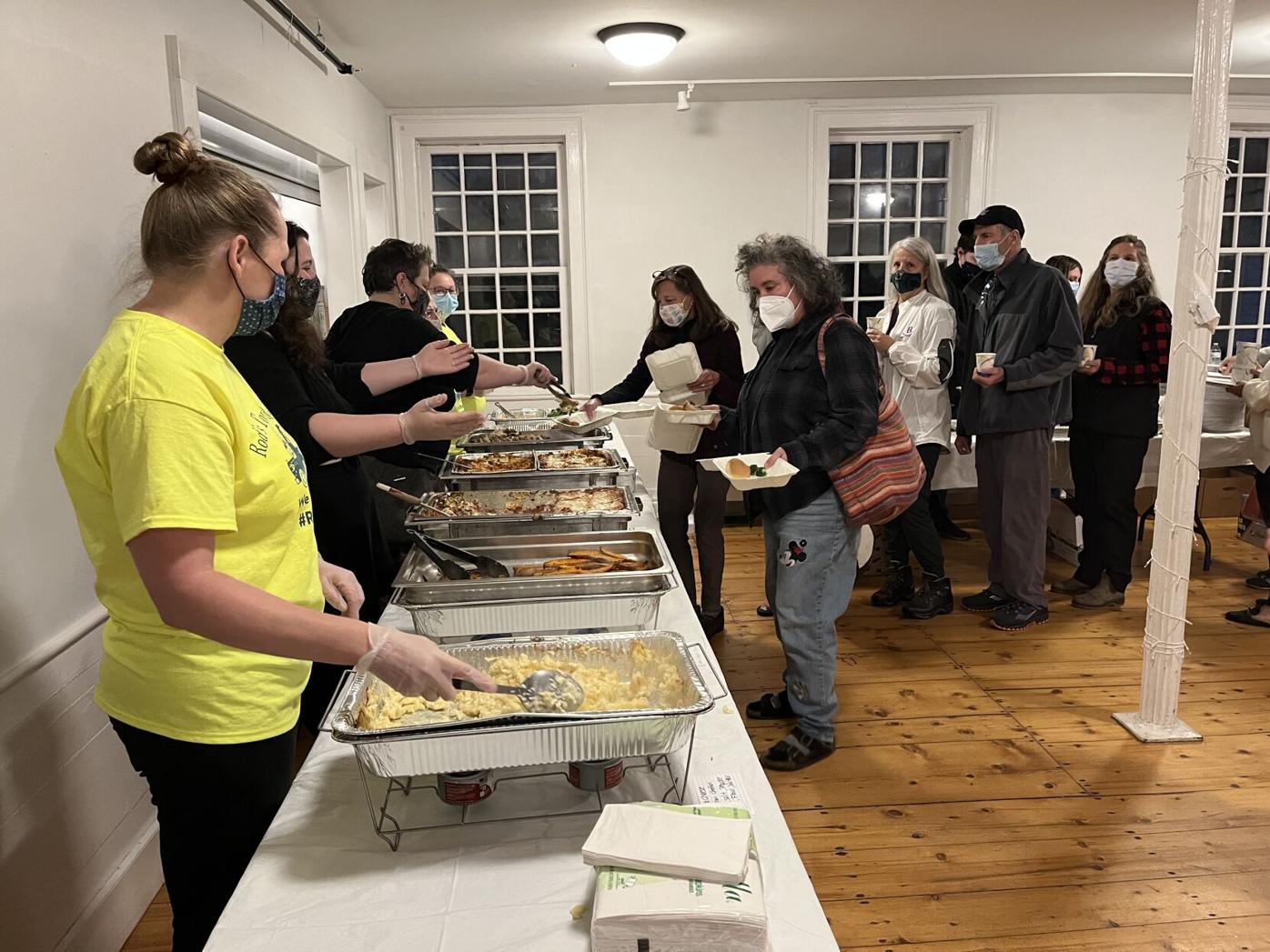 Community members turn out for a fundraiser for Rod's Mobil at Next Stage Arts in Putney on Sunday, Oct. 24, 2021.

Mike Cosco prepares a salad at the fundraiser for the owners of Rod's Mobil in Putney.

Mike Cosco, Keith Marks and Eleni Maksakuli stand in the kitchen during Sunday's fundraiser for Rod's Mobil in Putney.

Community members turn out for a fundraiser for Rod's Mobil at Next Stage Arts in Putney on Sunday, Oct. 24, 2021.

PUTNEY — Downtown parking was in short supply Sunday as community members came out for a fundraiser dinner at Next Stage Arts to support the owners of Rod’s Mobil, a local business that was destroyed by what state fire investigators believe was arson earlier this month.

Next Stage Executive Director Keith Marks said the owners of the Putney Diner and the Putney General Store organized the effort but neither had the room to host such a large event.

“It was a no-brainer to give them the space,” Marks said, adding that he wants the performance venue to become more of a community resource.

A long line of attendees could be seen stretching from the tables of food to the sidewalk outside. Among the large crowd were two state legislators, Rep. Mike Mrowicki, D-Windham-4, and Sen. Jeanette White, D-Windham.

A half-hour into the event, about 200 meals had been served.

“This community is just amazing,” Eleni Maksakuli, co-owner of the Putney Diner, said at the time. “We’re running out of food.”

More than 300 meals were served altogether and more than $15,000 was raised for the owners of Rod’s, Maksakuli said Wednesday.

“It’s really good,” she said. “I’m very happy. I didn’t imagine it would be that much money.”

Maksakuli thanked Marks for generously donating the space for the fundraiser.

Since the COVID-19 pandemic started, Next Stage hosted its first event inside the venue on Saturday. Then the community turned out in large numbers for the benefit Sunday.

“I hope we’re getting into a groove where people feel comfortable doing this,” Marks said.

Staff from the Putney Diner and Putney General Store owners Mike and Kim Cosco helped organize the buffet dinner. Attendees could sit inside or grab food with takeout containers.

The menu included clam chowder, salad, lasagna (both meat and meatless), pork loin, macaroni and cheese with broccoli, and apple crisp for dessert. Attendees paid what they wanted to contribute and all the proceeds went to the Winchester family, owners of Rod’s Mobil, to rebuild their business.

PUTNEY — The hashtag says it all: #RodsStrong.

Benefit dinner for Rod's Mobil set for Sunday in Putney

BRATTLEBORO — Investigators are seeking the public’s help in determining whether a series of October fires are linked.