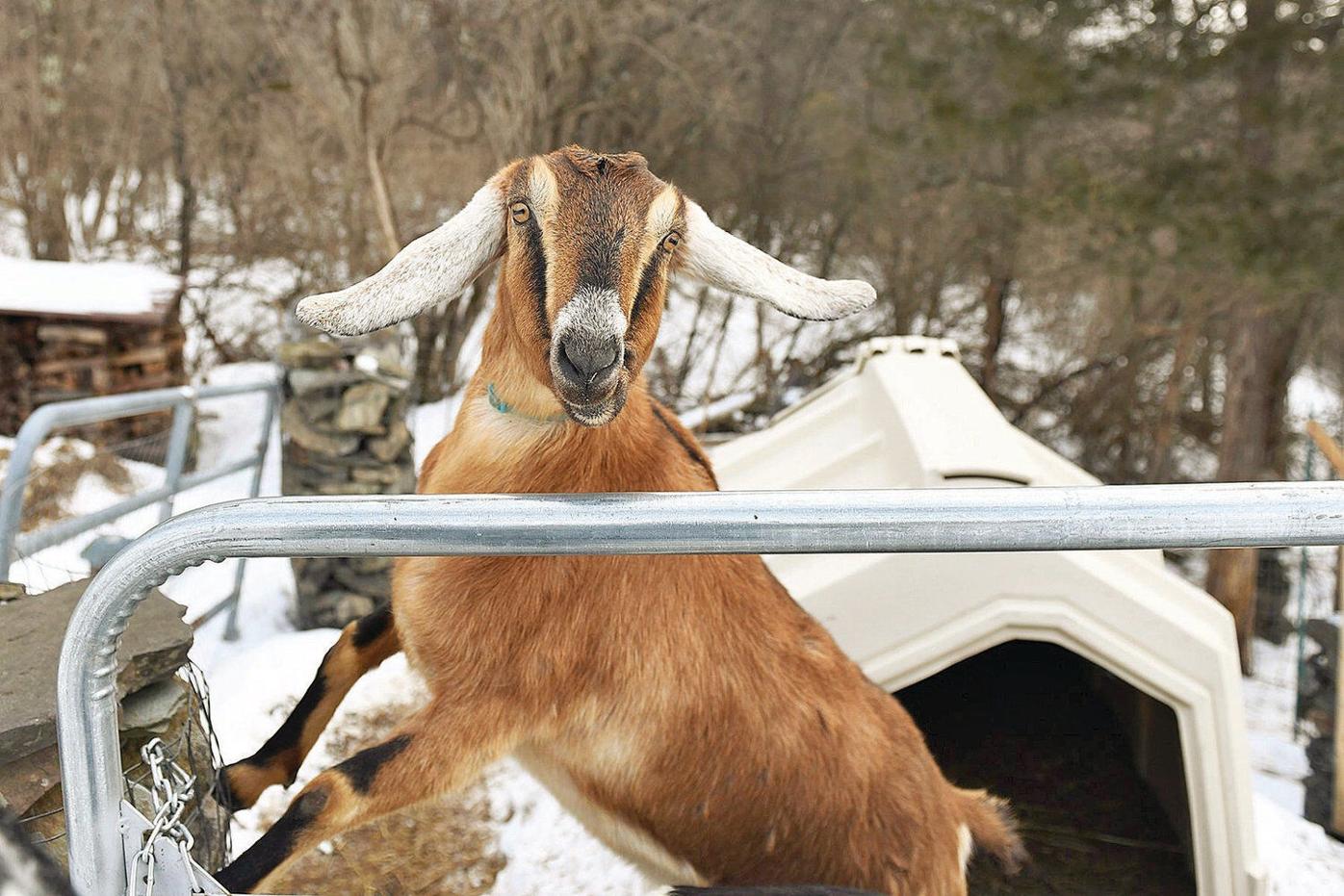 Lincoln, a Nubian goat, was elected Pet Mayor for the town of Fair Haven. 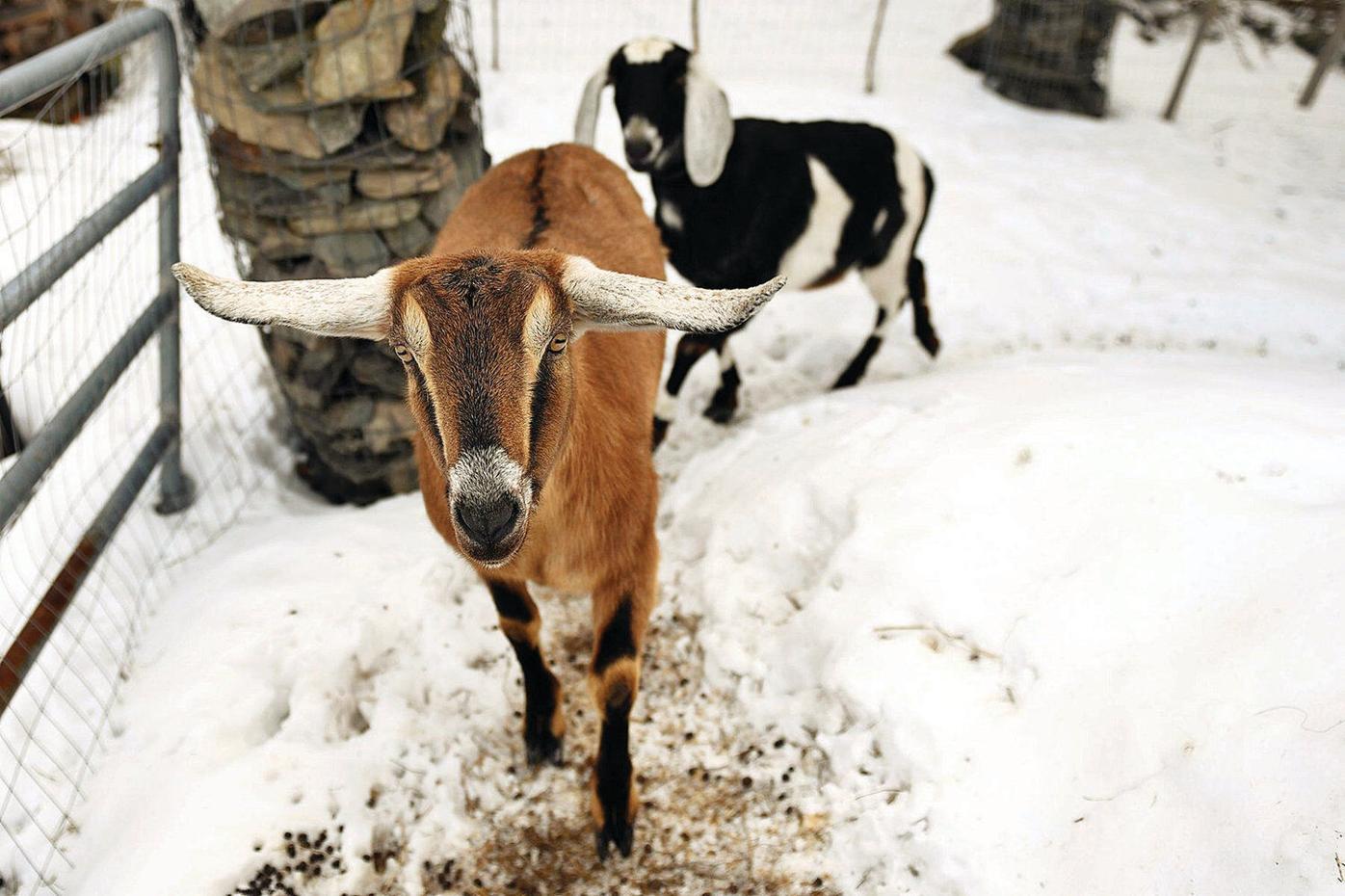 Lincoln, a nubian goat, runs around with pasture mate Lucy at theIr home in Fair Haven. Lincoln was recently elected "Pet Mayor" on town meeting day. 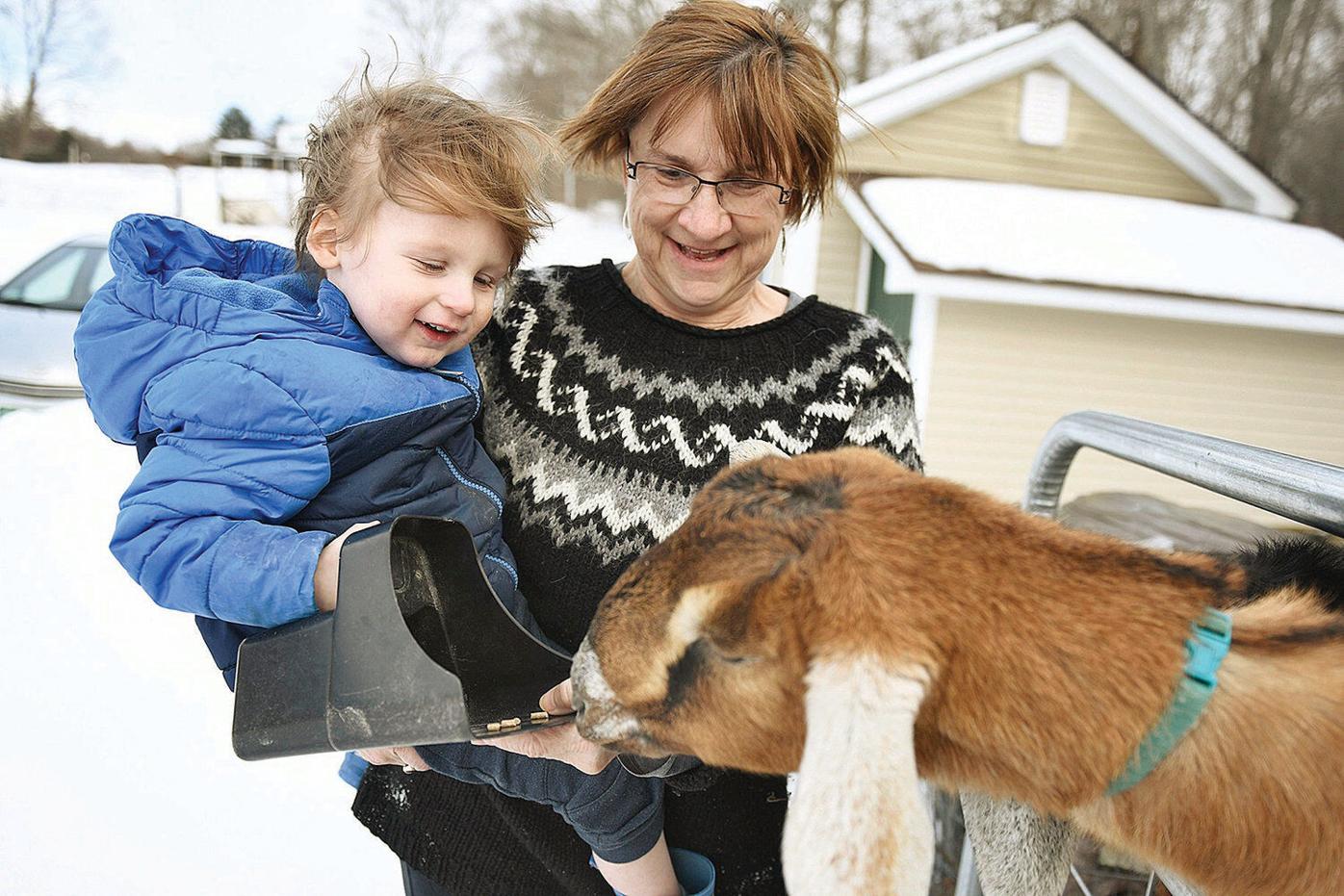 Lincoln the goat interacts with his "constituents." Sally Stanton, right, holds her grandson Murphy Drzewianowski as he feeds Lincoln.

Lincoln, a Nubian goat, was elected Pet Mayor for the town of Fair Haven.

Lincoln, a nubian goat, runs around with pasture mate Lucy at theIr home in Fair Haven. Lincoln was recently elected "Pet Mayor" on town meeting day.

Lincoln the goat interacts with his "constituents." Sally Stanton, right, holds her grandson Murphy Drzewianowski as he feeds Lincoln.

FAIR HAVEN — A Manchester native with a presidential pedigree was elected mayor of Fair Haven on Town Meeting Day.

Fair Haven Town Manager Joe Gunter said he came up with the idea to hold a pet mayor race to help raise money to replace the playground behind the town elementary school.

Students paid $5 per entry to nominate a pet in the mayoral race and the political campaign drew 16 candidates, which is a great turnout in a small Vermont town. Or anywhere.

Teacher Christopher Stanton, who owns the yard where the new mayor lives, bought two Nubians from the Hildene, the Manchester summer home of Mary and Robert Lincoln, son of U.S. President Abraham Lincoln.

Stanton said his goat's ears stuck out and kind of reminded him of a former president who is said to have had big ears, hence the name.

What started out as a fundraiser at the town offices suddenly turned into a lesson on civics for the students.

"People took interest and participated," Gunter said. "It turned into a great little project of civic pride and a civic engagement project."

While the actual mayoral race couldn't actually be put on the ballot, it was offered to voters at the polls.

In all, 53 votes were cast for mayor from about a quarter of the nearly 400 voters who went to the polls.

Gunter said Lincoln was elected to a one-year term and is scheduled to be sworn in at Tuesday's Select Board meeting.

After that, she's expected to be making appearances at public events throughout the year.

The vote has put Fair Haven in the headlines for something positive.

A year ago, the small Vermont town of 2,500 near the New York state line made headlines after an alleged school shooting plan was foiled at the local high school.

Thursday, the town that bills itself as the "Slate Center of the Nation" for all the slate that is quarried in the area, found itself making headlines across the Internet.

The potential good from all that free press wasn't lost on Gunter.

Meanwhile, just 38 miles away, on the other side of the Taconic Mountains in Manchester, the stunning mayoral victory was also being celebrated.

Lincoln, the goat, hails from Hildene, which today is a tourist destination in which people can visit the Georgian revival mansion on 412 acres, which features a formal garden, museum, store and a 1903 Pullman car, Sunbeam, along with the goat dairy among other features.

As any political candidate in Vermont will tell you, having several generations of roots in the Green Mountain State will provide a leg up in a local election.

But certainly being able to say you came from the home of the son of one of the United State's most popular presidents must carry some weight.

Lincoln was born at Hildene Farm and Goat Dairy.

According to Hildene's literature, Robert Todd Lincoln, the son of President Abraham Lincoln, was a gentleman farmer and his grand-daughter, Peggy Beckwith, who was the last to live at Hildene, raised goats, sheep and cattle.

Today, Hildene features a small herd of dairy goats, which are milked to make cheese that is sold in the welcome center.

Just as high schools and colleges tout their alumni who go out in the world and accomplish great things, there was a buzz at Hildene on Thursday as news spread that it was one of their goats that had been elected mayor.

Brian Keefe, who will take over Hildene's presidency Jan. 1, is currently the special assistant to the president.

"Abraham Lincoln left Kentucky at an early age to enter politics in Illinois, so it is possible to leave home and succeed in a new town," Keefe said. "Also, President Lincoln's ears were thought to be inordinately large, which was sometimes considered a sign of superior intelligence. Or craftiness. Either way, we're happy for Lincoln's success."

For any other towns out there looking for new political leadership, Keefe points out there are currently more than two dozen pregnant Nubian does at Hildene and the first birth of the season is expected April 16.

Who knows how many future mayors may be born this spring.