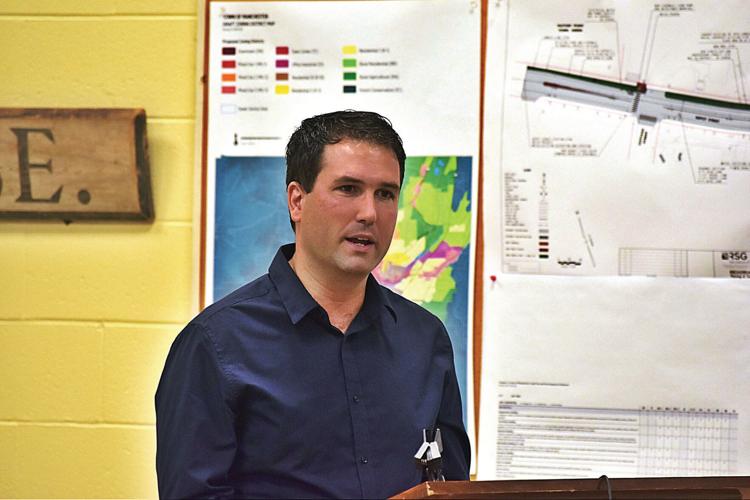 ITVFest executive director Philip Gilpin Jr. said the festival will be using 11 buildings and sites in Manchester for screenings and panel discussions during the festival, from Oct. 11-15. 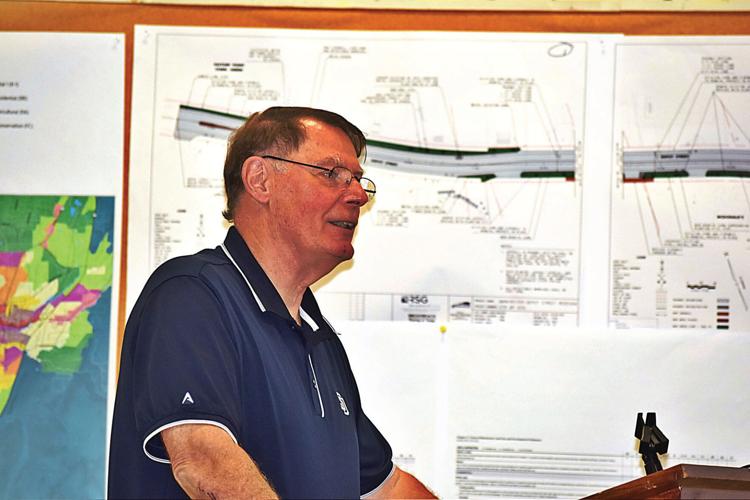 Manchester town treasurer David Fielding updated the Select Board on the performance of its investments on Tuesday night.

ITVFest executive director Philip Gilpin Jr. said the festival will be using 11 buildings and sites in Manchester for screenings and panel discussions during the festival, from Oct. 11-15.

Manchester town treasurer David Fielding updated the Select Board on the performance of its investments on Tuesday night.

In a question and answer session with the board, Gilpin said Scott would be the special guest of a roundtable discussion on Oct. 11. The festival, which will feature independently-written and produced television pilots and guests including writers, directors and network creative directors and executives, will run from Oct. 11 through Oct. 15.

The festival has commitments for the use of 11 sites throughout Manchester and has commitments from about 650 show creators and industry executives, Gilpin said. He's hoping the festival will sell another 1,000 tickets, and says local residents are welcome to attend screenings and events and weigh in on which festival entries they like the most.

"Our audience choice votes matter," he said, adding he hopes Manchester develops a sense of pride that as the home of the only independent TV festival in the country. "We're the only community in the country that gets to do this," he said.

Gilpin also emphasized that the festival will only be the start of ITVFest's presence in Manchester. He said he's been working to establish an independent state film commission — as Vermont does not have a state film office — that would help coordinate locations and facilities for filming in the Green Mountain State. More details on those plans will be announced after the festival, Gilpoin said.

Board member Steven Nichols asked if police chief Michael Hall has been consulted on the potential traffic impact of the festival. "We're working on that," town manager John O'Keefe said, adding that much of the event will be accessed by pedestrians rather than drivers.

Asked what else the town can do for the festival, Gilpin, who moved it here from Dover earlier this year, said public awareness and community outreach are priorities, as are securing volunteers for the event. Already, 300 people are signed up to volunteer, including Burr and Burton Academy students, he said.

One of the buildings ITVFest will be using is the Factory Point Bank building on Main Street, and another business that will be moving into that building had its request for a liquor license approved by the board on Tuesday night.

The Mystic Cafe, to be opened in October or November by new arrival Sabi Benardete, will be a wine bar that will serve beer and wine, light fare and small plates, Benardete said. It will serve patrons on the building's Main Street level and make use of a patio on the south side of the building for outdoor seating, he said.

Benardete, a native of Turkey who has also lived in Spain and Puerto Rico, arrived here from Miami about three months ago, after visiting a friend and cousin here and falling in love with the region. He will start with morning and afternoon hours, with the hopes of expanding to evening hours once the business is off the ground.

"We're super excited. It's been great," he said of his experience here so far. "Everyone has been so friendly and so helpful. That's not usual in this industry."

In other business, the select board heard the annual report of the town investment advisory committee, learning it realized a 13.8 return on its investments in fiscal 2017.

David Fielding, the town treasurer, delivered the volunteer committee's annual report at the start of the board's regular meeting.

The town's investments, which are largely dedicated to index funds, grew from a July 1, 2016 value of $3,092,950 to a value of $3,518,000 as of June 30, he said. Much of that climb took place in the months that followed the presidential election, with flat and occasionally volatile results in the months before the election and over the past few months.

One change the committee made was to concentrate more of its stock investments in an index fund based on the top 100 stocks in the Standard & Poor's 500, in order to improve its return. It worked.

"Rarely did we outperform the [stock] indices when we outsourced [the town's investments]," chairman Ivan C. Beattie added. "You have consistently outperformed them."

In other business, the board approved a two-year extension of the lease for the dog park at Dana Thompson Memorial Park.

The board, which zipped through its agenda in an hour, went into executive session after its regular business to discuss a contractual issue. It took no action after returning from the session and adjourned.

The board also took a moment at the end of its meeting to honor the memory of former town clerk Barbara Cross, who passed away last month.