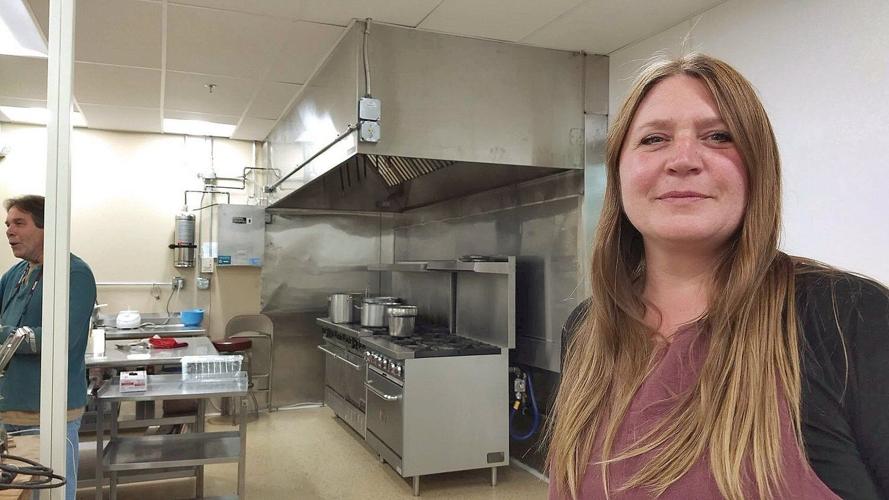 Sarah DiBernardo James, the chef behind Smokin' Bowls LLC, is the first anchor tenant of the Great Falls Food Hub in Bellows Falls. 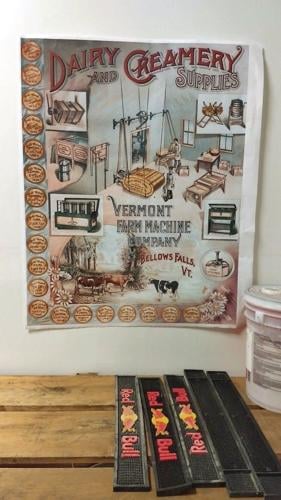 Sarah DiBernardo James, the chef behind Smokin' Bowls LLC, is the first anchor tenant of the Great Falls Food Hub in Bellows Falls.

BELLOWS FALLS — Supporters of a green economy on The Island in downtown Bellows Falls unveiled their new commercial kitchen, which they hope will nurture and expand the local value-added agricultural economy.

The Sustainable Valley Group built the food hub in a building at 30 Island St. that was part of the old economy, the Vermont Farm Machine Co.

The Great Falls Food Hub is just across the road from the site of the former Robertson Paper Co. Most of the building formerly used by Vermont Farm Machine has been demolished.

The building has housed everything from a textile recycling center to a solar furnace manufacturing facility to a dog biscuit factory. In the rear of the building is a large kitchen — ready for whoever wants to rent it and start producing anything from jams and jellies, to juices, salad dressings or other food items, said Gary Fox, Rockingham's development director and a director of the Sustainable Valley Group.

On Wednesday evening, Sarah DiBernardo James, the chef behind Smokin' Bowls, LLC a popular food outpost near Exit 6 in Rockingham, showcased her soups, chilis, desserts, beverages and different salad dressings, and asked people their opinions of the items, a delicious form of market research.

Fox said that James, who also runs a successful catering business, is the food hub's first anchor tenant, but that there are other food-based people in the offing to use the kitchen. The kitchen includes two large industrial stoves, refrigerators, freezers, dishwashers, shelves for storage and food ingredients, a large steam kettle and other equipment. A farmer recently rented the kitchen to make elderberry syrup, he said.

It's important for the agricultural community to be able to make value-added products, so that farmers have a cash flow during the winter, he said.

The Great Falls Food Hub is a project of the Sustainable Valley Group Inc. In addition to the kitchen facility, it will also feature cooking classes in collaboration with community partners.

The first class, "Canning," will be held in November, and hosted by the Rockingham Free Public Library.

Fox said the kitchen facility is available for rent by the hour, half day or full day, beginning in October. There will also be limited cold storage, by the month, he said.

The renovations to the building were funded by 11 different sources, including a loan from James' father, Vinnie DiBernardo, who was on hand Wednesday to support his daughter.

The source of funding came from the town of Rockingham's revolving loan fund, a Rockingham tax stabilization agreement, a $225,000 loan from the Vermont Economic Development Authority, as well as funding from the U.S. Department of Agriculture Rural Business Development and $17,700 in downtown program tax credits. People's United also contributed a loan.

The project dates back to a study done in 2008 by the Post Oil Solutions community food security project's food assessment, which identified Bellows Falls as a prime location for a regional food hub. Several organizations, including the Southeastern Vermont Community Action (SEVCA), worked to establish the food hub.

One portion of the building has been set aside for shipping, where pallets of product can be stored until shipment, Fox said. A micro-brewery from Plymouth, Vt., originally thought to be moving into the building, will not be coming after all. But he said there is a chance that a very small or "nano" brewery would use some of the space in the building.

Fox said the oldest portion of the Food Hub building was once the Vermont Farm Machine Company, which produced dairy and creamery equipment such as milk churns and milk separators, among other things. Posters featuring the building, including blow-ups of old postcards showing the building and the equipment the company made, decorate the space.