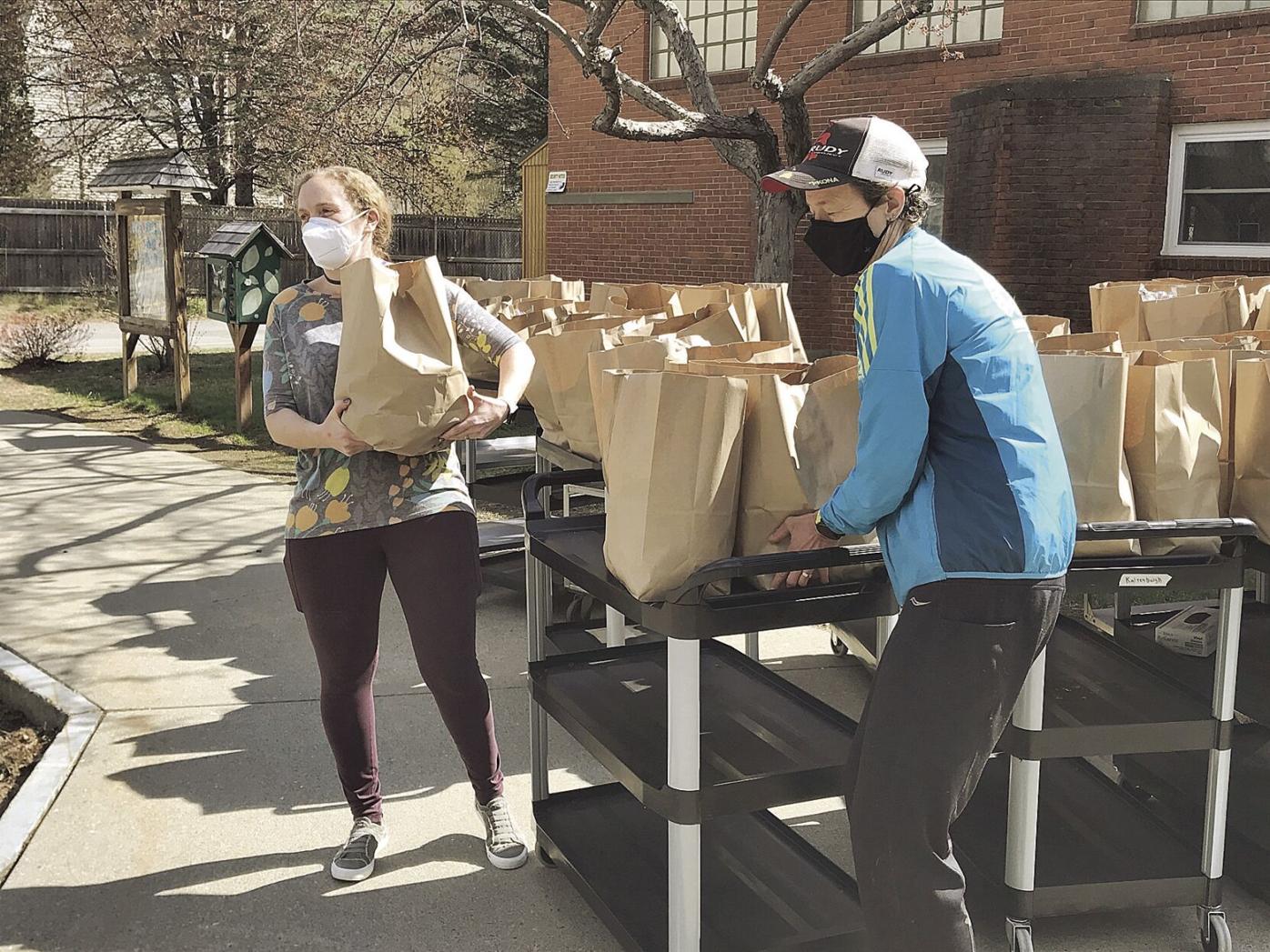 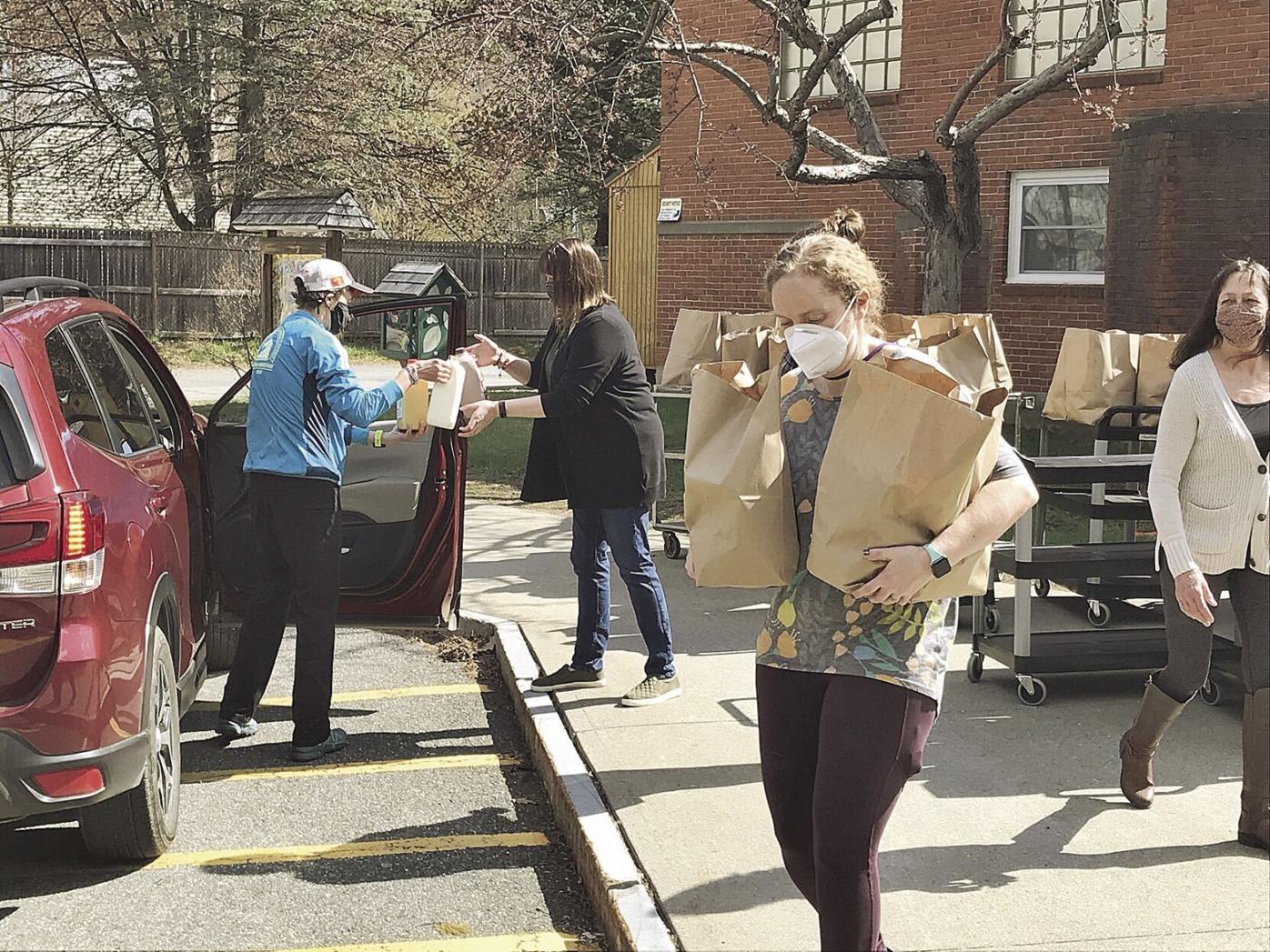 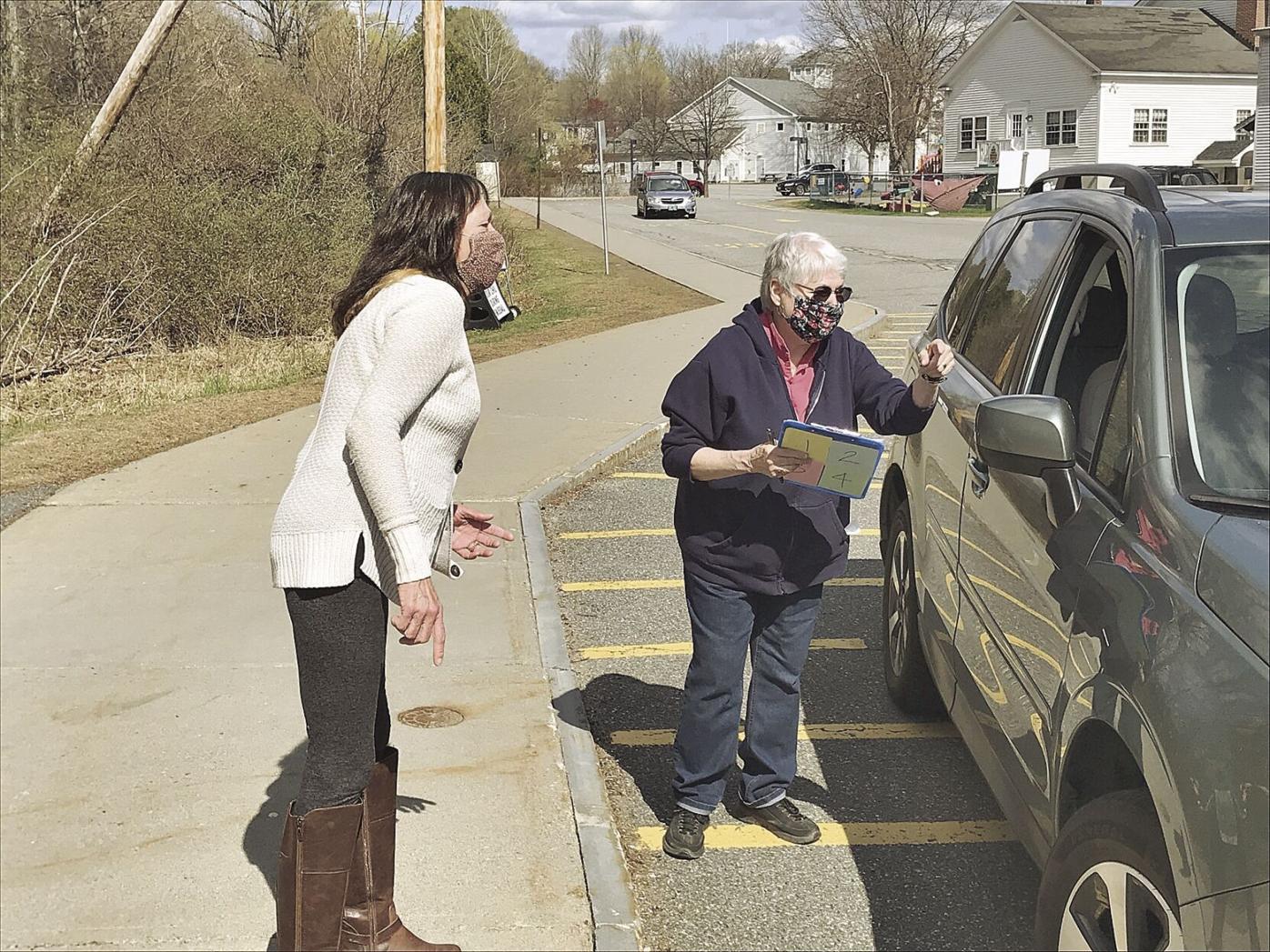 Linda Griffin (left) and Pat Haine (right) check in with a family arriving at Academy School for the grocery giveaway on Monday, April 19, 2021.

Linda Griffin (left) and Pat Haine (right) check in with a family arriving at Academy School for the grocery giveaway on Monday, April 19, 2021.

BRATTLEBORO — Students on spring break got the food supplies they might need for the week ahead.

“We reached 342 families and served 647 children seven days worth of breakfast and lunches,” said Ali West, food service director in Brattleboro public schools who works for Fresh Picks Cafe. “It was an amazing and positive community outreach.”

In front of Academy School on Monday, volunteers provided grocery bags to families arriving by car. West said any child under the age of 18 could receive a bag of groceries regardless of what school they attend or where they live.

During the COVID-19 pandemic, the United States Department of Agriculture allowed all schools normally running under the National School Lunch Program to operate under guidance of the less stringent School Food Summer Program. And waivers allowed any child anywhere to get free meals and for schools to provide bulk meals instead of daily deliveries.

West said she could give out all the ingredients for meals as long as children don’t need to process the food.

“It’s a really neat way to help people,” she said.

She noted less packaging prevents the food from taking up too much room in a refrigerator.

The ingredients provided Monday would be similar to those going into meals West might serve during a regular school week. She said meal preparation plans also were provided and easy enough for children to make on their own.

“For some kids, this is all they might eat,” she said.

The grocery giveaway required no extra funding and benefits the local school district because it will receive revenue during a time it normally would not, West said.

“These meals are going to be counted and put in for meal reimbursement through the state and reimbursement goes to the district,” she said.

West is glad to see the USDA recently issued a news release announcing several waivers for the next school year, including universal meals throughout the country. The program allows students to access meals at no cost.

This marks the fifth year of universal meals at Brattleboro’s public elementary schools. The Vermont Legislature is considering a bill that would provide free breakfast and lunch to all public school students.

“That would be lovely,” West said.