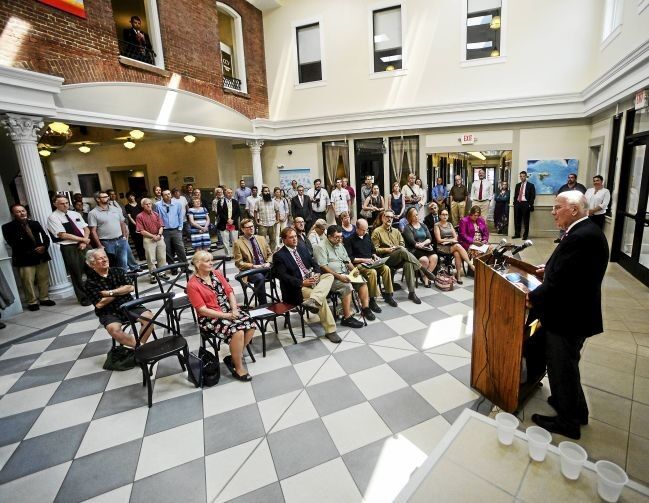 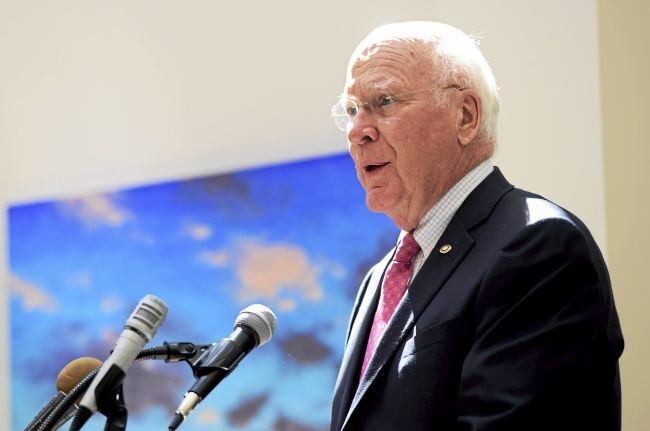 BRATTLEBORO — If federal, state and local business leaders have their way, Windham County will one day be known as a hub for the innovation and development of green building technologies.

And on Monday the region got a significant shot in the arm toward that goal.

U.S. Sen. Patrick Leahy, D-Vt., was in Brattleboro Monday to announce the awarding of $265,000 by the U.S. Department of Commerce Economic Development Administration for a three-phase project to boost the green building economy in Windham County.

The $265,000 federal grant will be leveraged with other local and state money to fund a $530,000 project that is aimed to support and grow the green building industry in Windham County for years to come.

"At a time of transition for the local economy, it is important to be thoughtful about the new directions the community wants to invest in," Leahy said. "The grant we are announcing today will help the region identify specific areas in the green building market that are ripe for investment. We know the region has expertise in this area and I believe this region is well poised to nurture and grow a green building sector and I look forward to the results of this work.

SeVEDS formed in 2007 when a group of Windham County business and development leaders got together to address the region's weak broadband and cell service.

The group, which received backing from Brattleboro Development Credit Corporation, grew into a larger economic development organization that addressed region-wide business issues, including the loss of hundreds of high paying jobs following the closing of the Vermont Yankee nuclear power plant in Vernon.

SeVEDS is a legal affiliate of Brattleboro Development Credit Corporation.

SeVEDS completed its Comprehensive Economic Development Strategy in 2014, and the announcement Monday was the first show of support from EDA for the business development plan.

"This is great news for the region. BDCC and SeVEDS have worked hard to advance these projects which will help create the entrepreneurial ecosystem needed for continued business growth in Windham County," said Patricia Moulton, Secretary of the Agency of Commerce and Community Development. "This is economic development strategy continuing to come alive in Windham County. Our ongoing thanks to Senator Leahy for being such a champion for economic development."

Last year BDCC was awarded $170,000 from the Windham County Economic Development Program, which is funded with the $10 million the state received from Entergy Vermont Yankee in a settlement following the closing of the Vernon nuclear reactor.

BDCC Executive Director Adam Grinold said the organization was taking that money, along with $100,000 from state and operational money, to leverage the federal grant and create the $530,000 green building fund.

Grinold said BDCC will use about $20,000 do an initial analysis of the area's green building resources and then use the bulk of the money to help existing and new green building companies to innovate and grow.

The money will also be used to develop and strengthen the relationships between economic development groups in Cheshire County in New Hampshire and Franklin County, Massachusetts.

The projects are intended to help replace jobs being lost due to the shutdown of the Vermont Yankee plant, which began in January 2015 and will continue through 2020.

"These first projects are designed to build on a growing economic sector with leadership assets developed in Southern Vermont that have led the development of green building knowledge and awareness nationally and internationally," said Grinold. "Providing increased supports for entrepreneurs and working with our tri-state region neighbors are critical elements in our plan to replace jobs and productivity lost with the VY closure. We're thrilled to be able to get to work on these implementation projects."