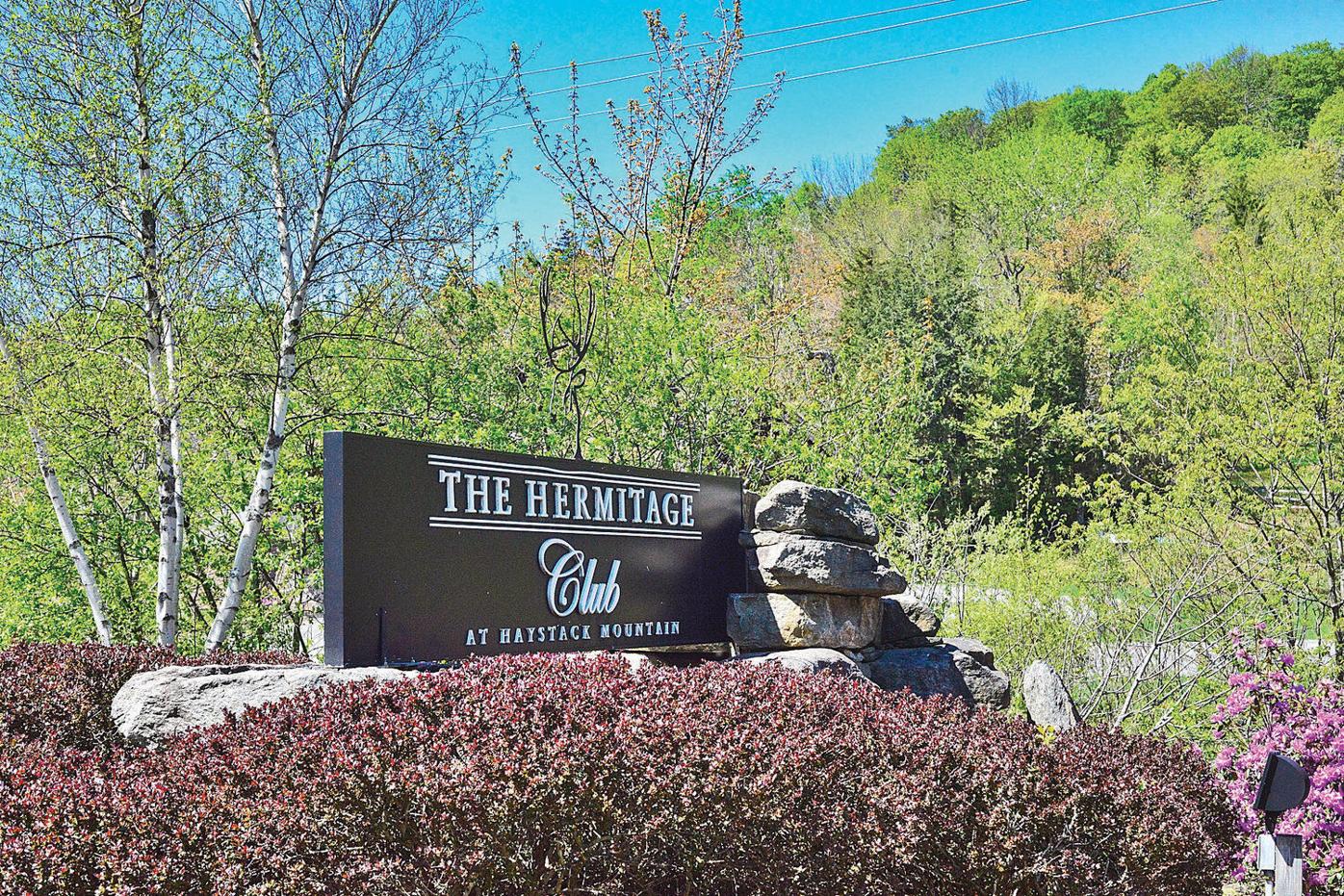 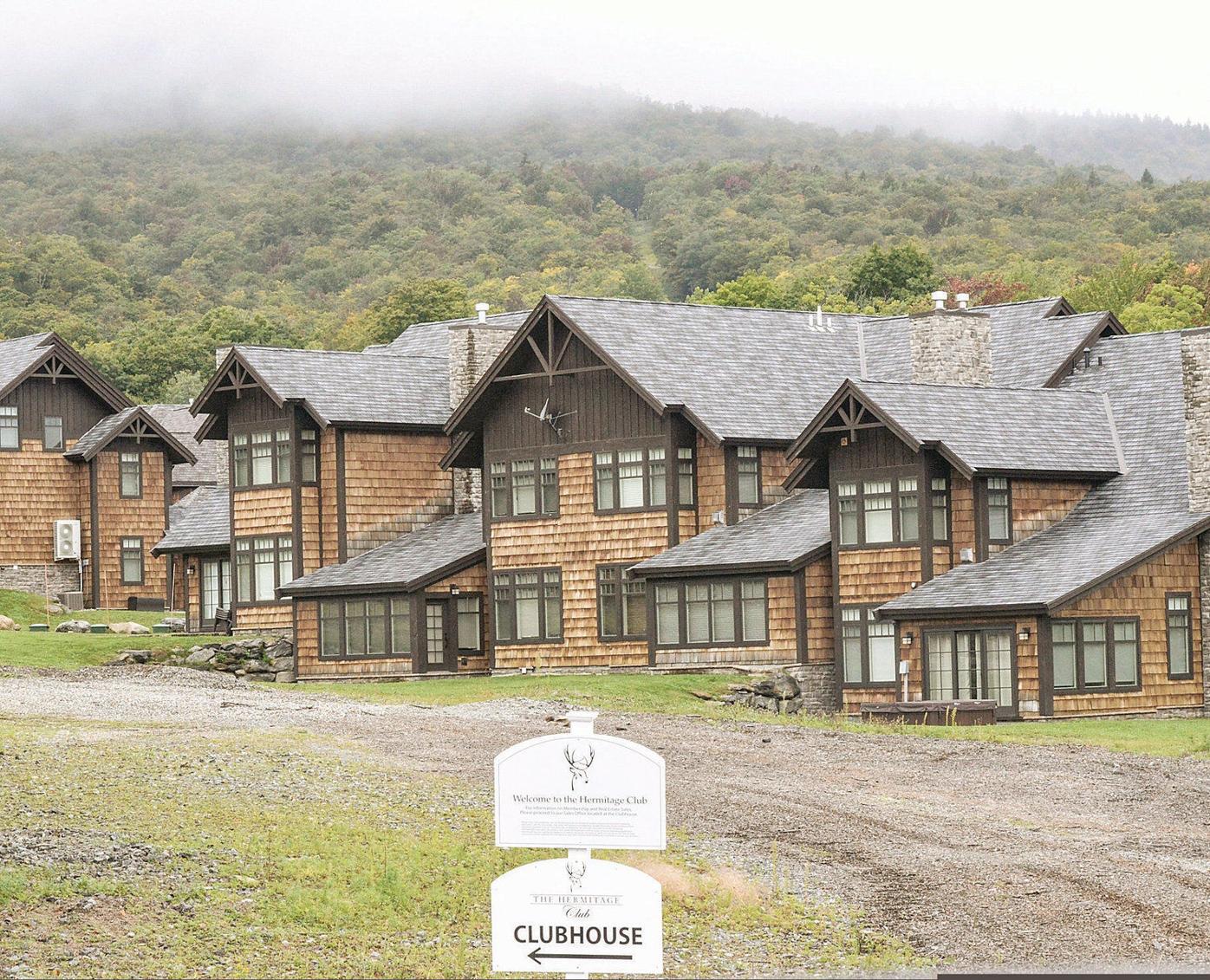 RUTLAND — An ad-hoc committee of Hermitage Club members was given court approval to participate in bankruptcy proceedings.

Chapter 7 bankruptcy "would be a path to gain a degree of influence over the club," club member Tim Treanor said last week in United States Bankruptcy Court for the District of Vermont. "Seeing the assets go through a liquidation in which some other party would become the owner of the club, whether that would be the members or some other third party or some combination, was viewed as a way of transitioning to a place where the members would have a voice."

Hermitage Inn Real Estate Holding Company LLC and Hermitage Club LLC filed a voluntary Chapter 11 bankruptcy petition in Connecticut last month. Some club members are in favor of the involuntary Chapter 7 bankruptcy petition filed against HIREHC in Vermont a week earlier by three creditors — two former employees and a bank that loaned money to the Hermitage for snowmaking equipment. The former seeks reorganization and the latter looks for liquidation.

Last week, U.S. Bankruptcy Judge Colleen Brown issued an order granting Treanor's Ad Hoc Committee "leave to intervene in this case and any related cases that come before this court."

Attorneys for Hermitage founder Jim Barnes and the Hermitage entities have filed motions to move the bankruptcy proceedings from Vermont to Connecticut. After more than eight hours of testimony, Brown said she intended to make a decision within a week from Wednesday. Treanor advocated for keeping the proceedings in Vermont because the assets and many vendors are based in the state, and members have real estate in the state. He also said that it would be better for the town of Wilmington and Vermont Department of Taxes.

"The town of Wilmington is of course deeply concerned about the outcome of the case" as about 20 percent of its grand list is affected, town attorney Ed Adrian told the court.

Treanor said some third parties have shown interest in purchasing the club or assets but there is no concrete plan in place as of now. He told the court a lot of members have been interested in seeing the club reopen and began having conference calls in January.

About 16 or 17 members created a steering committee to reach out to members, said Treanor, who believes the number of club members is now closer to about 400 rather than the 525 claimed by Barnes.

About 190 members contributed about $1,000 each for the ad-hoc committee and attorneys were retained to explore their options, Treanor told the court.

"The mandate or purpose of the ad-hoc committee," he said, "is to try and get the club open and to try and gain for members a degree of influence over operations at the club. we have felt that we have not had a voice."

Treanor said the group came to the conclusion that the involuntary Chapter 7 filing would be best, knowing there would be "sacrifices." He believes the debts outweigh the value of Hermitage assets.

"There were communications with Mr. Barnes about a bankruptcy filing," he told the court. "I think there were always discussions about a reorganization under Chapter 11 but that filing didn't come. And I think given the history of a lot of things that were promised and didn't happen, and a lot of delay and buying time that people have lived through, the view was that we could be sitting here until the fall or next winter waiting for something to happen and we will have lost a season, the values of the assets will diminish and the chances of reopening the club will lessen."

In Treanor's count, about 113 club members are involved in the ad-hoc committee.

"There's a degree of urgency here," he told the court. "We think the club will be in a much worse position if it doesn't open this winter."

He said despite the good things Barnes has done for the club, he is not the best person to lead the club to success.

Treanor told the court committee members have not been polled on whether the Chapter 11 proceedings may be preferred.

"Those who funded it were not given the opportunity to comment or vote on the path forward, even though liquidation would involve all unsecured debt being wiped out, and therefore has significant financial ramifications for many," he wrote in an email to the Reformer. "It is clear the plan they propose would return nothing at all to the hundreds of unsecured creditors, including those in the valley, also including the three unsecured creditors they put up to support the Chapter 7 filing — thus, it is clearly not in the financial interests of those making the filing, and they are really being used as stalking horses to engineer liquidation such that everyone with unsecured debt loses everything."

Coffin added, "No one in their right mind with unsecured debt would support a Chapter 7 liquidation, unless their reason for doing so had nothing to do with any expectation of seeing the return of any money!"

Dan Solaz, former chief financial officer for the Hermitage and one of the creditors who filed the Chapter 7 petition, lives in West Dover and described the impact of the Hermitage's debts as "pretty devastating to the local community."

"I think members just need to get more say in the operation of the club and they have pretty much turned down every plan that has been presented to them," he said. "Chapter 7 is about controlling the assets."

Supportive of keeping the proceedings in Vermont, Solaz said most of the contractors and vendors owed money are from Vermont or nearby. He questioned whether all those who owed money were on the list of creditors submitted in the Hermitage's petition.

Solaz said he left the company in December 2017 at the request of Barnes.

"During my tenure, we roughly had 500 people in season," Solaz told the court. "One of the issues with the ski industry is that you have to ramp up really quickly — so it goes up very, very quickly from 150 to 200 people up to 500 people."

He blamed the company's financial issues on delays in building new real estate due to master plan permitting required for resorts by the state.

Club member Dan McLeod said he did not contribute to the ad-hoc committee's fund. He claims to be owed $250,000 for loaning money to the club.

"I was a big fan of the club," he said. " I understood the problems and the delays in getting the permitting and everything else. And I was just willing to help out and hopefully get employees paid and keep employees at the club and continue to enjoy the club."

With Chapter 7 liquidation, McLeod said, "I'd be hung out to dry."

As a resident of Stamford, Conn., he told the court it would it be inconvenient for the proceedings to occur in Burlington.

Mike Riccio of Lorista Holdings of Connecticut said it would be very difficult to get to Burlington. His group owns the inn known as the Vermont House and the former Poncho's Wreck building in downtown Wilmington.

Lorista has secured an approximately $1.2 million judgment after the Hermitage defaulted on a lease agreement for the Vermont House. Riccio also is a club member.

Hermitage Finance Director Chad Bullock told the court Connecticut would be closer for him as well. He said a majority of members owed for buying "family legacy memberships" live in that state.

Barnes said Connecticut is where he formed HIREHC and his previously owned companies, which simplified waste management and facility maintenance.

"So I had accounting and legal service on my staff so they helped when I needed them," he told the court.

Four other investors helped launch the company, said Barnes, who estimated he is owed $45 million for loans he made to HIREHC. He told the court about a season of poor weather in 2016 that the company never recovered from and permitting issues. That led to the hiring of advisors to help with restructuring in 2017.

When the club was closing in 2018, Barnes said, "it was a time we were still working every weekend and during the week with membership and this advisory board and the finance board trying to come up with solutions and proposals to restructure this fairly to everybody."

"I was trying to do everything I could to keep the club open and deliver that season because it was important to give the members the experience they paid for," Barnes said, describing how he gave the title to a vehicle to a member for a loan to help. "I had to make sure I made payroll with no outstanding liabilities."

Barnes called filing for bankruptcy "the last thing I ever wanted to do in my life." He had attempted deals with financing groups prior to the Chapter 11 filing.

The clock is running out on reorganization, Barnes told the court.

"We're in jeopardy if we don't get this done in a 120-day period," he said. "We could most likely lose the winter season again. So the money that we've negotiated ... is to run this properly through reorganization in a Chapter 11 setting. It's enough to pay our insurance, our taxes and our professionals, and get to a period where our members and vendors can vote, collect our dues and reopen."

A $1.75 million debtor-in-possession loan from Restructured Opportunity Investors Inc. of Waterbury, Conn. would need to be paid back in six months and take priority over previous notes, according to testimony. The goal is to merge with a publicly traded shell company, pay back creditors with interest and equity, and appoint an eight-member board of directors to run the club. Barnes declined to name the company in court or provide the acquisition fee.