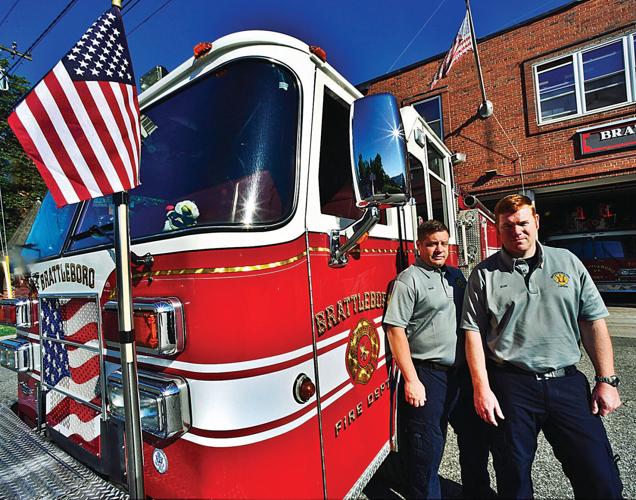 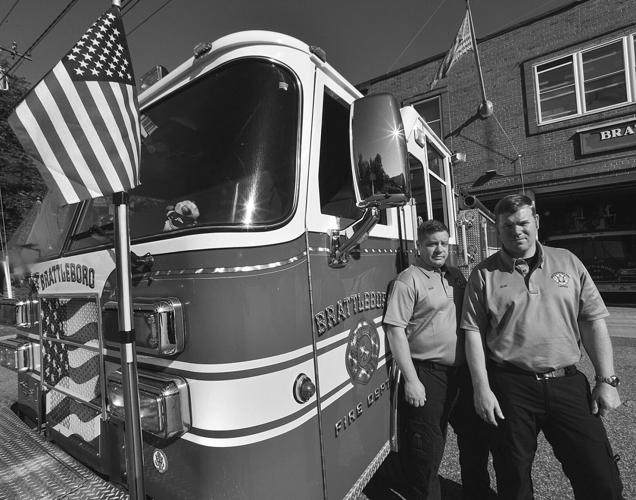 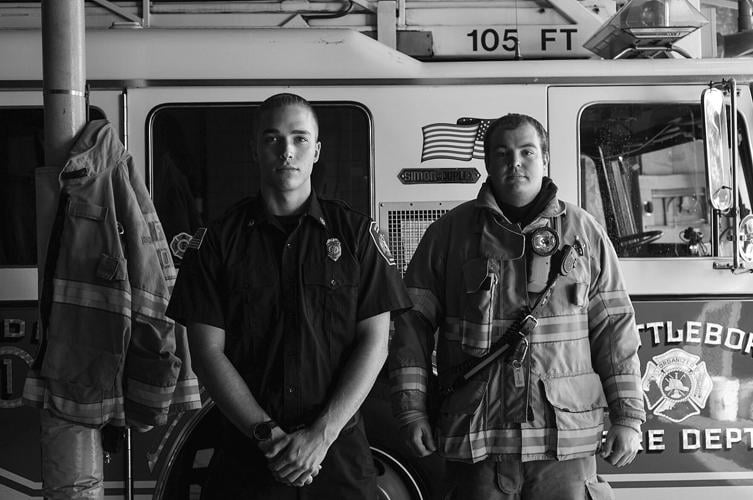 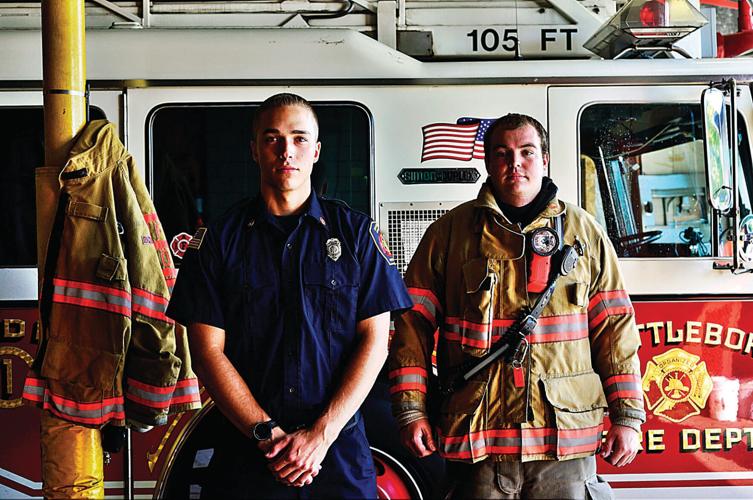 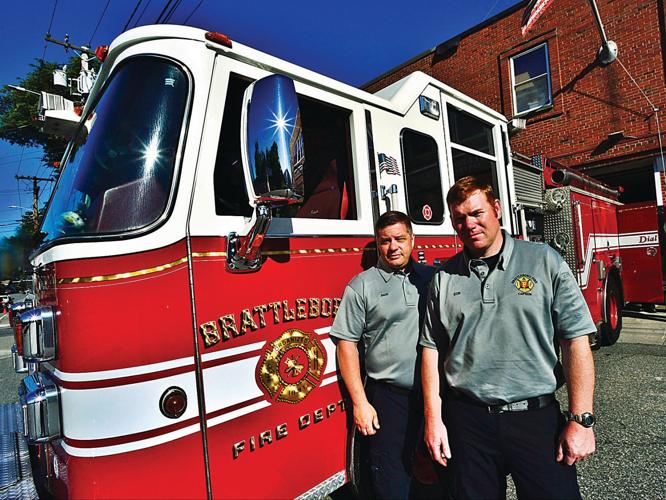 BRATTLEBORO — Firefighters are rising up in the ranks and creating a new dynamic.

"Looking at the department, we're at a very interesting point," Brattleboro Fire Captain Charles "Chuck" Keir III said. "We have a lot of really young, good firefighters. They have a lot of education and a lot of talent, and they're really motivated to go forward."

Two promotions and two new hires were the result of Captain Ron L. Hubbard's retirement and firefighter Joe Amato's resignation. Amato is planning to return to his hometown in Swanzey, N.H.

Keir, who had been a lieutenant, said he will be supervising a shift and taking on other tasks as captain. He started working in fire service at the age of 13 in Pownal. He moved to Maine, where he was a member of the Gorham Fire Department for three years. He had earned an associate's degree in fire science from Southern Main Community College then started looking for jobs.

"Ideally, I wanted to be as close as possible to my family and Brattleboro was open so I came here," said Keir, who was hired in Brattleboro in 2001.

His interest in firefighting began with mowing the lawn at the Pownal station, which was right down the road from his home. Then he started washing fire trucks. Then he joined the department.

"I've had strong leaders over the years," he said. "They've given me the opportunity to grow and learn things. I think it's really got me to where I am now."

Keir said Hubbard has shared some pointers and some "trade secrets." Hubbard had been a mentor to Keir on the Brattleboro Dive Team, which Keir now helps coordinate.

Keir admits that 36 is a young age to be a captain.

"It's a great honor to work in the place of Captain Hubbard, who I have a huge amount of respect for," Keir said. "And I think that just goes to show that we've lost a lot in terms of years and experience. I'm honored to be here and I'm hoping to do a good job filling in his shoes."

"We have a half a dozen advanced EMTs," he said.

The opioid crisis has the department frequently responding to overdose calls. But the elderly population is also growing.

"Everything in the fire service, it comes and it spikes," Keir said. "There's always a wave, an increase and decrease of things."

He's on the Vermont Urban Search and Rescue Task Force, and has Fire Officer II certification.

Rusty Sage has been promoted to the rank of lieutenant. He was hired to Brattleboro's Career Staff in 2003 but started out as a volunteer on the Wilmington Fire Department. Altogether, he has 27 years of experience as a firefighter and has Fire Officer II certification.

Like Keir, Sage will be in a supervisory role.

"You're usually in charge of whatever truck you're on, the crew that's on that truck," Sage said. "On occasion, when the captain is out, you may be in charge of the shift for the day and you start to get more into a decision-making and command role."

Sage said he has wanted to work in fire service as long as he can remember. He recalled wanting to take that career path in elementary school.

His uncle, Randy Sage, had been a fire alarm superintendent in Brattleboro in the late 1960s and early 1970s. Randy went on to New Hampshire departments in Nashua and Portsmouth, ultimately retiring as chief in Portsmouth.

Keir and Sage have been chatting with one another about their new roles.

"We've actually talked quite a bit, advice both ways, questions, thoughts, opinions," Sage said. "We keep very open channels as far as that. We're always looking to help each other out."

Sage said he is looking forward to training the new hires. He is an Advanced National Registered Emergency Medical Technician and a fire service instructor for the Vermont Fire Academy. He's also a certified fire investigator.

Promotions, he said, are also a group effort.

"Your peers are always a big part of it," he added.

Keir and Sage both live in West Brattleboro. They stepped into the new positions on July 1.

The department has hired Alexander "Alex" Richardson and William "Will" Streeter as entry level firefighters. Both have Fire Officer II certification.

Richardson comes from Chelsea, where he served on the town's fire department for five years. He graduated with honors from Lakes Region Community College with an associate's degree in fire science. He's certified as an EMT in Vermont.

Streeter is from Tamworth, N.H., where he served on the town's fire department since 2014. He also graduated from Lakes Region with the same degree. He is nationally certified as an EMT.