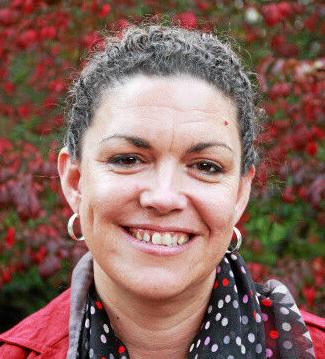 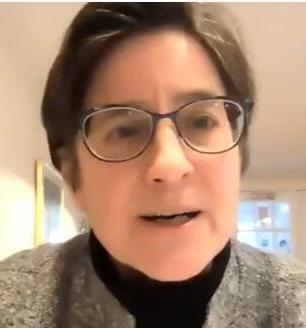 The House Education Committee is slated to take up a fundamental change to the way public K-12 schools are funded in Vermont on Friday, when it considers a bill passed by the Senate to implement new per-pupil weighting factors.

That discussion is going to be watched carefully, by school districts across the state and by a coalition of Vermonters who say both rural and urban districts have been underfunded by the formula for decades and are pushing for change.

“We have been patiently waiting for years for a solution. The pandemic has only exacerbated these issues of educational inequity,” reads a statement issued late last month by the Coalition for Vermont Student Equity, representing rural and urban districts throughout the state. “As challenging as a remote legislative session may be, the pandemic creates extreme urgency and requires legislative action now on behalf of students throughout the state.”

“Our coalition looks forward to working with the House in the coming weeks to create equity in our schools,” the statement said. “Vermont’s children deserve the best education possible, and the opportunities that such education offers, regardless of where students live. The welfare of the entire state will benefit from improved and equitable education for all.”

The per-pupil weighting factors are a means of counting students for budgeting purposes to reflect that some students are more expensive to educate than others due to grade level, poverty or limited English proficiency. They are a primary means of implementing the 1997 Brigham court decision, which found the state’s former education funding formula denied the right to substantially equal educational opportunity.

But a 2019 University of Vermont study, chartered by the Legislature, found those factors were set without much empirical evidence. The study set new factors for students in poverty, rural districts, and English language learners.

Those new factors would lower education property taxes for some districts, and raise them for others.

The Senate bill being considered by the Education Committee, S. 13, would require the formation of an implementation plan task force. But that task force is directed to consider whether to implement the recommended new weights, amend them, or replace them with “categorical aid.” That approach passed the Senate on a voice vote March 25.

A House bill, H. 54, takes a more direct approach. It would implement those factors, with phased-in increases for districts where taxes would rise and a temporary pause to the state’s dollar for dollar excess spending penalty. That bill — whose sponsors include Windham County state Reps. Laura Sibilia, Kelly Pajala, John Gannon and Carolyn Partridge — has sat in the House Education Committee since it was introduced and referred on Jan. 12.

Sibilia, I-Windham-Bennington, has been outspoken on the issue, raising questions about funding equity when opportunities have arisen on the House floor. When the House took up H. 81, a bill addressing school employee labor negotiations, Sibilia called for the bill to be referred to the Education Committee based on her concerns of how negotiations might affect budgets of underfunded districts. More recently, she and Rep. Lucy Rogers, a fellow sponsor of H. 54, proposed and then withdrew an amendment to the property tax yield bill that would have paused the overspending penalty for the year, providing relief for underweighted districts.

The amendment with withdrawn, Sibilia said Monday, when “we were reassured there were other opportunities this session to look at these issues.”

While S. 13 allows the task force to consider amending or replacing the new weights with conditional grants, Sibilia is convinced the new weights must be adopted, even though it’s likely to be unpleasant for districts that have benefitted from being overweighted.

“I’m hearing a strong desire on the part of some not to correct weights but to provide additional funds to try and mitigate the problem in the neediest districts,” Sibilia said. “That is likely unconstitutional, unreliable and subject to political whims year after year.”

Updating the per-pupil weights is “the only place we can measure whether funds are reaching students with various types of needs,” she said.

House Education Committee member Kathleen James, D-Bennington 4, said she is coming to the conversation with “a sense of urgency and an open mind.” Her inclination at the outset is to enact the new weights rather than rely on grants to fill the gap, because that gives each district autonomy on how to spend its education funding revenue.

“What I think is abundantly clear is the problem … I don’t think we need to do more fact-finding,” James said. “The other thing I don’t need convincing on is the need to act. But I am open to how we do it.”

In the current weights applied to students in determining per-pupil expenditure, the weights are 0.46 for pre-kindergarten students, 1.0 per elementary students, 1.13 for secondary students, 0.20 for English language learners, and 0.25 for students from economically disadvantaged households (as determined by free and reduced lunch eligibility). The number of students in each category is multiplied by the relevant factors, and those figures are added to arrive at the average daily membership for the purposes of budgeting.

The new weights include categories for middle school and for low-density rural areas, and a greatly increased factor for students in poverty — to a factor of 2.97 from the current factor of 0.25.

That simulation, in the form of a spreadsheet and with documentation, was originally produced by the Vermont Agency of Education.

“I do think it’s important that legislators have accurate approximations of what the impacts would be in various districts so they can help voters, districts and taxpayers understand that,” Sibilia said.

"Vermont’s children deserve the best education possible, and the opportunities that such education offers, regardless of where students live."