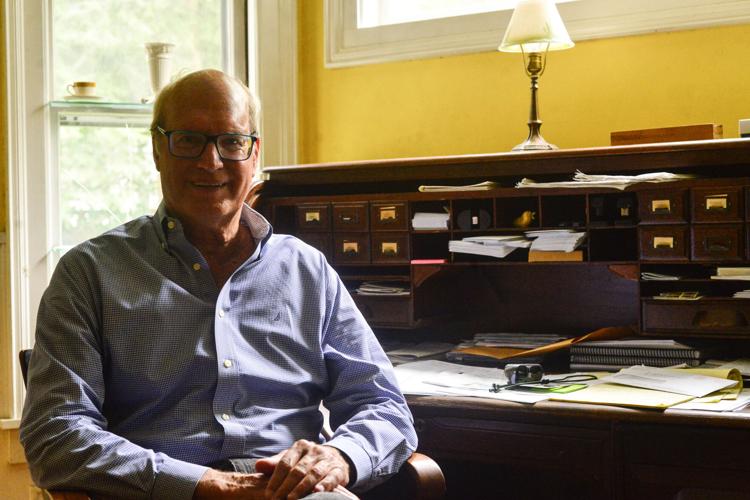 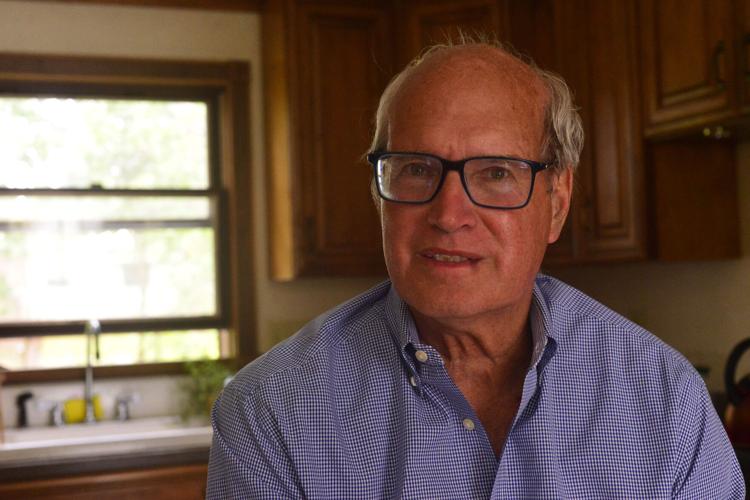 BRATTLEBORO — For a person who makes a living by building connections with people, not being able to remember a person’s name can mean the end of a career.

In 2018, Engstrom left the Retreat and took a job at Baystate Medical in Greenfield, Mass. It was in January or February of 2020 that he realized something wasn’t quite right.

“I would go into work and see my list of patients and ask myself, ‘Who is he? And who is she?’ I’d have to look at my notes to connect names with my patients,” he said.

So he went to see his doctor in Brattleboro, who conducted some memory tests.

“My doctor had me recite a list of five things but when I tried to remember them, I couldn’t,” said Engstrom. “I started crying in the doctor’s office because I knew something was wrong.”

His doctor ordered an immediate brain scan and that’s when they discovered cancer of the brain, glioblastoma, a little smaller than a golf ball.

“I was a total mess,” he said. “I was weeping, and I was a jerk in the emergency room. I went home and wept some more.”

Two weeks later he underwent surgery and had the cancer removed. He goes back to the hospital every few months to check for growth, but so far nothing new has appeared.

Without his job and with brain cancer hanging over his head like the Sword of Damocles, Engstrom said he is a bit at wit’s end as to what to do with the years he has left to him.

“I’m afraid I’m just kind of wandering,” he said. “I struggle every single day to find something useful to do.”

And he quite thoroughly misses his co-workers and his patients.

Engstrom, now 73, was born in New Haven, Conn., but moved with his parents to Wisconsin, where his dad, William, took a job at Marquette University.

His dad was an endocrinologist who conducted research into the functioning of the thyroid gland and also studied malaria.

After high school, Engstrom attended Harvard, where he started out studying the sciences. He said moving from conservative Wisconsin to Boston in 1970 was a bit of a culture shock.

“Wisconsin was very white, and all of a sudden I am exposed to all sorts of diversity,” he said.

It was also a bit of a reality slap, too. “I was No. 1 in my high school,” said Engstrom. But he was surrounded by people who were much smarter than he ever imagined people could be. “I was very immature, and I wasn’t as smart I thought I was. I grew up so much.”

Because of his concerns about the Vietnam War, he switched to government studies and he also started skipping classes to campaign for Sen. Eugene McCarthy, who was challenging the incumbent, President Lyndon Johnson, on an anti-war platform. Johnson eventually dropped out of the race, and Vice President Hubert Humphrey stepped in, losing to Richard Nixon.

That’s when the draft kicked into high gear.

He enrolled in the University of Rochester in 1970 as a medical student, which earned him a deferment.

“I thought I would just become a doctor with my dad,” said Engstrom, but his initial year was less than stellar. “I did terrible in my first year in my science classes.”

But when he started working with patients in his second year, he found his groove.

“I learned so much from patients. I started to really grow in college and then in residency, and then seeing patients.”

It wasn’t until his third year that he took a psychology course and realized that’s what he wanted to do.

When he told his dad, however, his dad was furious.

“His first sentence was, ‘There’s still time to change your mind.’”

Eventually, his father came around, but by this time, his father, an alcoholic, was suffering greatly from his addiction.

“He died within a year of my graduation. It was horrible.”

His mother neither approved nor disapproved of his decision to become a psychiatrist.

“She just wanted me to be happy.”

After his residency at the University of Colorado in Denver, Engstrom moved to Minneapolis where he joined the Park Nicollet Clinic in Minneapolis and was the chairman of mental health from 1983 to 1990.

In 1998 he began itching for a new challenge and took a job in Brattleboro as the Retreat’s head of psychiatry. He worked at the Retreat until 2018.

For a person who spent his whole life helping people, it’s incredibly frustrating to be sidelined. And for a man who prized his intellect, it’s frightening to think it could all be taken away if the next brain scan comes back with bad news.

Engstrom, in between playing tennis and bridge, or taking a dip in the West River, is collecting his thoughts, and posting a collection of vignettes on his website at akengstrom.wixsite.com/website.

“I’m doing better than average, so I can’t complain,” he said.

“We saved a lot of people’s lives.”