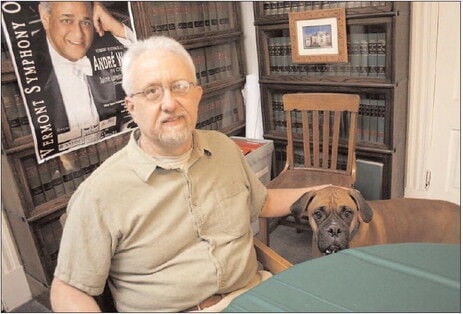 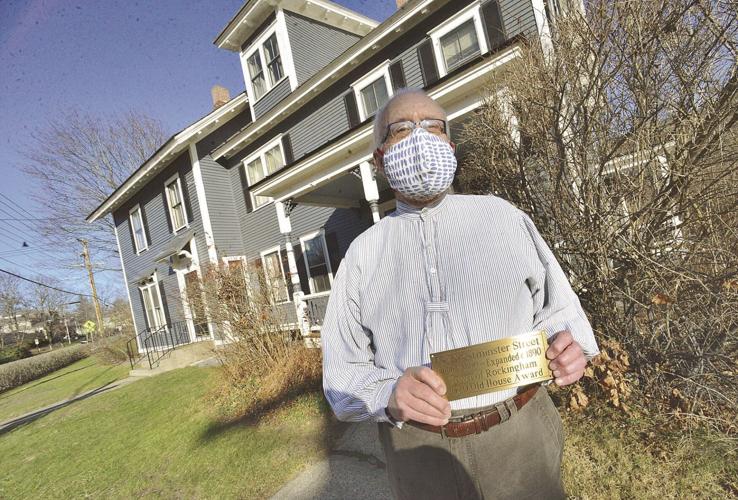 BELLOWS FALLS — There was a collective gasp Tuesday night when the death of Ray Massucco was announced.

Everyone at the meeting knew Massucco. He was the Bellows Falls village attorney, and the town moderator; he was a super volunteer and leader on so many of the town’s and village’s community efforts. He was a dedicated blood donor, and he raised money in memory of his late brother Johnny, who was disabled.

Village President Deborah Wright called for a moment of silence in respect for Massucco and his well-known family.

On Wednesday, word had spread and reality had sunk in. Somewhat.

“I don’t know what we’re going to do without Ray,” said Golec, noting that Massucco handled the union negotiations for the town and the village for many years, and had resolved contract disputes easily and without rancor. “It’s really going to be a hurdle without him,” he said.

Massucco was elected town moderator a few years ago, taking over from his late friend and fellow Bellows Falls attorney Michael Harty. Golec said the town would now need a new moderator, as well.

“He was active in everything,” he said, noting he has known him since the 1960s. Golec, who said he had some heart medical issues himself, was surprised when he ran into Massucco a few years ago in the cardiology department at Dartmouth Health when he was having tests. “I guess he had a history of it,” he said.

Most people on Wednesday remembered him as a tireless supporter of Bellows Falls and Rockingham, if not the region, with a profound interest in the arts and local history. He had been a lawyer in Bellows Falls since the 1970s, a graduate of Bellows Falls High School, and Suffolk Law School. He grew up in Bellows Falls, the son of a local dentist, and traced his family’s history in Rockingham back to the 1700s.

He and his wife Ginny won a town historic preservation award in 2020 for the extensive work they had done on his law office, the 1804 Franklin House, in downtown Bellows Falls.

A bit of a rebel, he would wear his white hair long. He and his wife had three children, and the couple traveled often to the West Coast to visit them, said his law partner, Josh Stern.

Retired Windham County State’s Attorney Dan Davis clerked for Massucco back in the early 1980s, when Davis made the career change from the Vermont State Police to the courtroom.

He remembered his friend and mentor fondly, and remembered a trick he pulled during a criminal trial to distract a deputy state’s attorney, bringing in a large packing tube and placing it on his table. No evidence ever emerged from the tube but it kept everyone guessing, he said.

“He had such a great sense of humor,” Davis said, adding that Massucco wrote a letter of recommendation for his admission to the bar, and sent him a purported copy, which told the Vermont Supreme Court not to admit him. “I figured out it was a joke,” said Davis.

Stern, his law partner, said Wednesday that Massucco worked in the office on Monday, and his death was sudden and profoundly shocking to everyone.

Stern, who clerked for Massucco for 3 1/2 years, came back to Bellows Falls in 2018 to be his law partner. He said Massucco enjoyed all aspects of small town law practice, first focusing on criminal defense work, and later working on real estate, probate, wills and estate planning. But it was meeting people and getting to know his clients that he enjoyed the most, Stern said.

“It was the people, the clients and the friends he made,” that was his favorite part of practicing law, he said. “Obviously, he left us with huge shoes to fill.”

Massucco, who was still working full time but with more vacations to visit family, planned on working until the end of 2024, when he would have completed 50 years as a lawyer.

“But I doubt if he would have ever really retired,” Stern said. “He was an institution.”

In addition to his law work and his help to many people, Massucco was remembered for his role in keeping the music alive in Bellows Falls and Rockingham, when he took over Charlie Hunter’s “Roots On The River” summer music festival. The festival was last held in 2019.

Music was very important to him, and the last concert Massucco attended was the FreshGrass Festival this past weekend in North Adams, Mass. He was an inveterate social media poster about his musical experiences.

Bob Smith of Bellows Falls attended all of the Roots’ 20 festivals, and he said Massucco had an ear for up-and-coming musicians. “I’m kind of shocked,” said Smith, who said he had known Massucco for decades, had volunteered at many Roots festivals, and that Massucco had recently done some legal work for him.

Massucco would do his musical research and bring in new musicians that would immediately develop a following. Massucco specialized in bringing in what Smith called “Americana music,” a combination of folk, country, rock, blues and jazz. “He had a really good ear,” he said.

Robert McBride of the Rockingham Arts and Museum Project said that Massucco “was always an incredible supporter of the arts and music.”

When Hunter, a local artist, wanted to step down from running Roots, Massucco stepped up and ran it successfully, he said, bringing new artists and visitors to the town.

“He’s always been so supportive,” said McBride, noting he hadn’t talked to him in several years, largely because of the COVID pandemic.

Wright, the Bellows Falls village president, said she “fought on both sides of a dispute” with Massucco, and came away with respect.

“He’s been my private attorney for a few different things now,” said Wright, saying she sought advice from him on how to handle her mother’s estate.

Like Golec, Wright said she couldn’t imagine tackling some of the toughest legal issues in the village and town without Massucco.