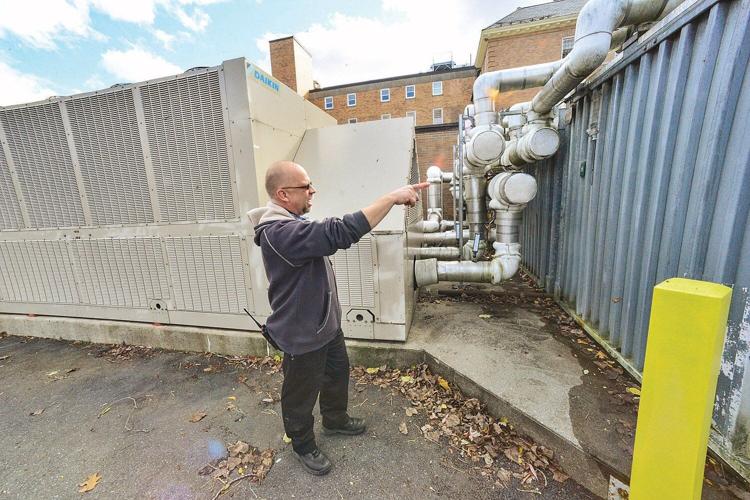 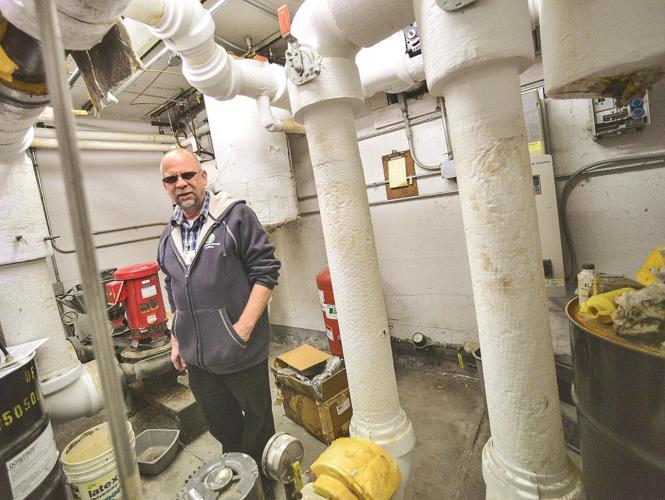 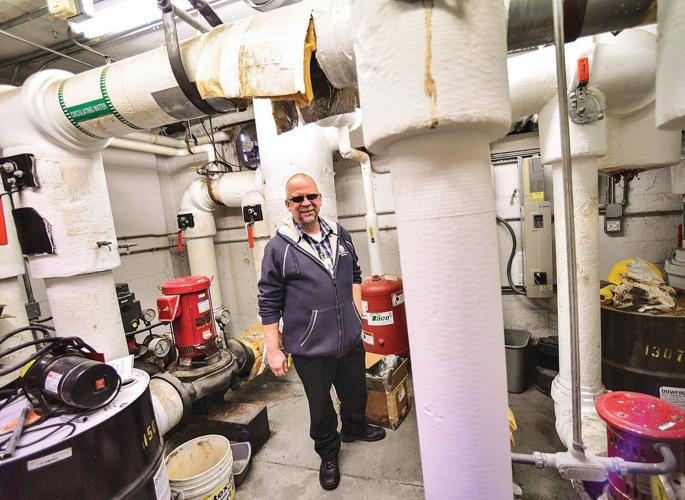 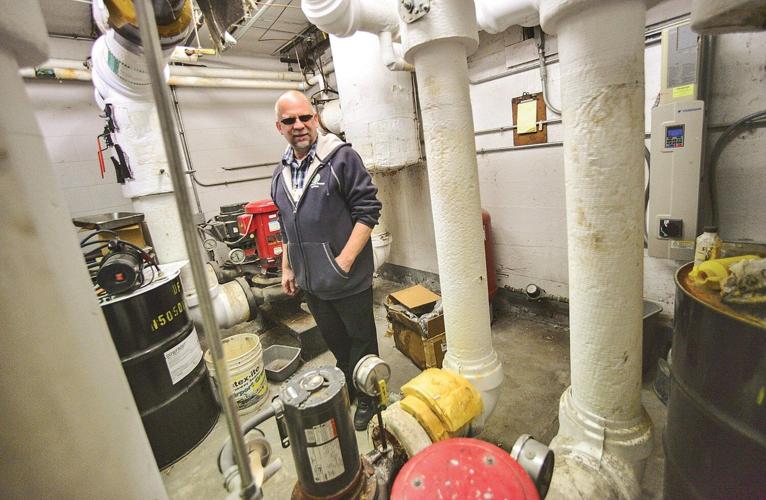 BRATTLEBORO — What is old is new again, and if you tweak it with modern technology, it can actually save you money.

Such is the case at the Brattleboro Retreat, where a legacy system from the 1990s that was designed to help cool the facility's main, 80-square-foot building sat unused.

"Two years ago, we were looking to develop an anaerobic digester at the Brattleboro landfill gas-to-energy facility," said Morgan Casella, co-founder, with Andy Klaski, of Dynamic Organics. The landfill project was producing electricity using the methane off-gassed by the landfill, but that system is winding down. Casella hoped to convert the system to one that produces methane using compost so he was in the region talking to different organizations about how much compost they produced. One of those organizations was the Retreat, where he started a conversation with John Sohl, the organization's facility manager, about renewable energy.

"He told me about a 3 megawatt ice storage system they had outside, an ice battery, that he thought didn't work," said Casella.

The three shipping container-like boxes behind the Retreat's main building connect to the chillers that keep the building cool during the summer. This was set up at a time when the Retreat was producing its own energy, said Sohl.

"When the plant was designed for co-generation, the fuel costs were such that it made economic sense to produce our own power and sell back excess, if any, to the utility," said Sohl. "Now the reverse is true."

During the overnight hours, water in the containers was frozen and then during the day, rather than use compressors to cool the building, water passing through the containers in pipes was cooled by the ice and pushed to air handlers which used the cold water to create cooling air.

Casella thought reactivating it might be worth exploring, especially as a tool for grid management.

"Through this pilot program," said Sohl, "we were able to get Green Mountain Power to reduce the rates when we use it, which makes it more economical, plus GMP gets to use it for offloading the grid when they buy at peak demand from ISO New England."

But what does that mean for people who don't have a degree in engineering?

"In a nutshell, we created big blocks of ice during the night, then turned the AC off during the day ... and it worked," said Casella

During the hottest days in 2018, the Retreat reduced its peak energy demand by more than 115 kilowatts, saving an estimated $13,500, by making ice at night and using it to cool the building during the day.

"The rates we pay are based on peak demand," he said. "If you lower peak demand, the rates come down. Everybody in the whole state wins."

Dynamic Organics' activities aren't just focused on the Retreat. Using innovative software the company is able to use what is known as the thermal load of a building to also lower peak demands, said Casella. At SIT Graduate Institute in Brattleboro and Landmark College in Putney, software designed by Dynamic Organics "pre-loads" buildings with heat or cooling air during low-demand times.

"If we can use the Sheetrock and thermal mass inertia of a building to store energy in, we can aggregate that and use a building like a battery," said Casella.

Dynamic Organics is also working with Cersosimo to adjust its kiln fans and at Longfalls Paperboard to adjust its power usage during peak demand hours.

This work is being done with Efficiency Vermont, Green Mountain Power and the Vermont Sustainable Jobs Fund as partners.

During peak demand hours, between 6 a.m. and 10 p.m., when the engines of commerce are humming and on days when it's either really cold or really hot, energy generators around New England fire up "peaker plants," said Geoff Robertson, business assistance director for the Vermont Sustainable Jobs Fund. These facilities rely primarily on oil and coal.

"So, in addition to driving up rates for consumers, the energy being generated to cool or heat homes is emitting carbon into the atmosphere, a known contributor to global climate change," he said.

Renewable energy from the sun and wind, hydro power and heat from the earth is variable, so it doesn't always produce energy when it's needed the most, said Casella. Though technology is being developed and will one day solve the storage problem, he said, it's not yet ready to take over the role of peaker plants. This is where innovative software and projects such as the one at the Retreat come into play, he said.

The key, he said, is flexible load management, or the ability to maximize the use of energy from renewable sources when it's available and minimize tapping the grid during periods of peak demand.

"It's a shift in how we think about energy," said Casella. "Until now, we have generated electricity based on demand, or load. Flexible load management flips that assumption and looks for ways to use energy when it's readily available and affordable."

After working with the Retreat, Casella and Klaski developed the software solution that is being used at SIT, Landmark, Cersosimo and Longfalls.

Dynamic Organics was chosen to participate in Accel-VT, a business accelerator managed by the Vermont Sustainable Jobs Fund for climate economy entrepreneurs, where they began to explore the use of their software. Dynamic Organics is now working with Green Mountain Power on software platforms and building-level hardware that will help manage and automate flexible load management.

The Retreat has implemented a number of "Green Initiatives" to both lower costs and make the facility more environmentally friendly. These include purchasing 70 percent of its power from a clean, solar energy source; running its boilers on clean, renewable, vegetable oil; cutting energy use by repairing its steam traps; replacing fluorescent lights with LED bulbs; recycling its paper and plastic waste; and composting cafeteria waste.

Saving money at the Retreat means it can provide more services to its clients, said Sohl.

"Money we don't have to spend on utilities is money we can spend on our patients," he said.