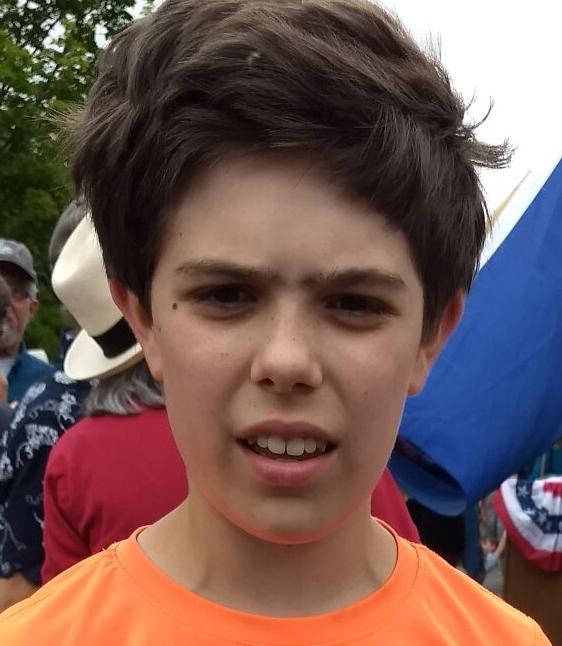 Train enthusiast Anthony Marquise was excited about the return of Amtrak’s passenger rail service, The Vermonter, on Monday. 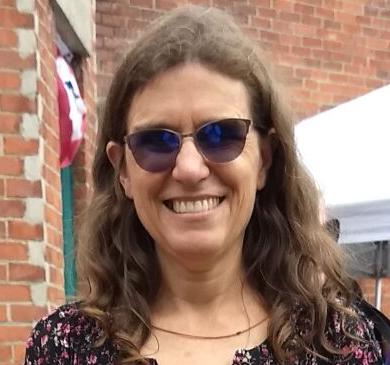 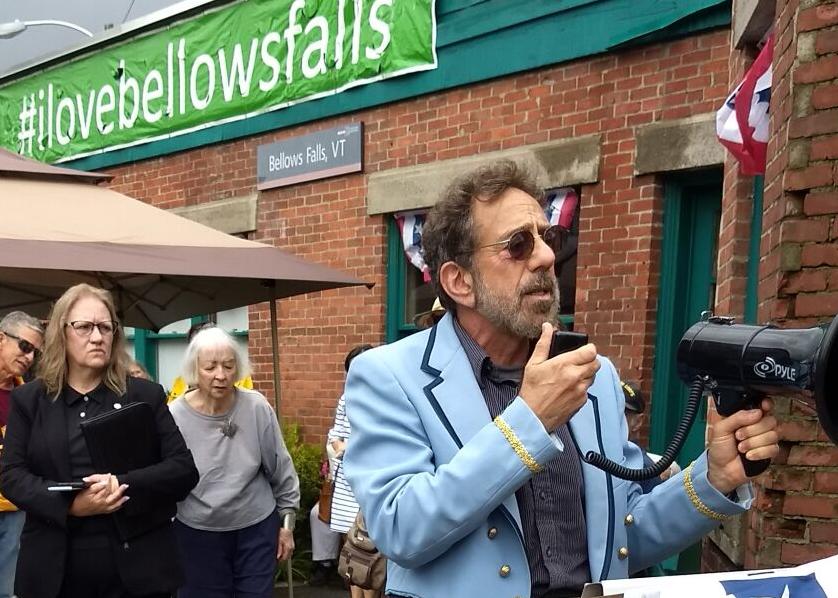 Rockingham Development Director Gary Fox was MC for the Amtrak celebration in Bellows Falls on Monday. 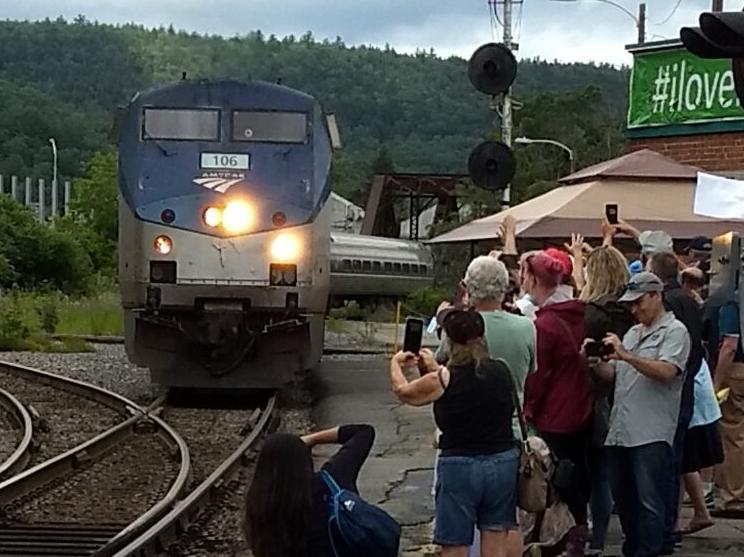 Train enthusiasts of all ages welcomed the return of Amtrak passenger service, The Vermonter, in Bellows Falls on Monday.

Train enthusiast Anthony Marquise was excited about the return of Amtrak’s passenger rail service, The Vermonter, on Monday.

Rockingham Development Director Gary Fox was MC for the Amtrak celebration in Bellows Falls on Monday.

Train enthusiasts of all ages welcomed the return of Amtrak passenger service, The Vermonter, in Bellows Falls on Monday.

The Bellows Falls almost-teen was beside himself with excitement Monday afternoon, waiting for the southbound “The Vermonter” to arrive in Bellows Falls, on its way to Brattleboro and points south, signaling the return of rail passenger service to Vermont after a 16-month hiatus. It had left St. Albans that morning, headed to Washington, D.C.

Marquise was carrying a hand-held scanner so he could eavesdrop on the Amtrak conductors, and he would announce to the waiting crowd outside the historic train station that the train was getting closer — and closer ... and closer.

Marquise said he loved counting the cars on freight trains, seeing the trains and taking videos of the trains. He had missed the passenger trains as well.

He’s had to feed his train habit with freight trains for the past 16 months, since Amtrak suspended passenger rail traffic because of the coronavirus pandemic.

Marquise, who said he lives within walking distance of the train station, took on the role of town crier, keeping the crowd informed with the latest updates.

He said he was getting on the train for the short ride to Brattleboro with his family “for a little treat.”

As is Amtrak’s reputation, the train was late — about 50 minutes late — and when it sounded its whistle while over in New Hampshire, a big cheer rang out. It finally appeared a minute later, engines pulling six passenger cars.

Twelve passengers got off, and 56 people got on, taking advantage of the state’s $1 train ticket special, which sold out last week. Some would even be back in Bellows Falls later that afternoon for a 5 p.m. celebration for the northbound train.

Wright said that Bellows Falls’ history was tied up tightly with the trains, as there had been trains in Bellows Falls since 1837, and the village served as a local train hub for generations.

Balint, the president pro tempore of the Vermont Senate, said the return of passenger rail to Vermont was a good step toward modernizing the state’s transportation modes.

And Balint spoke about the romance surrounding trains, and launched into song, recalling a few childhood train songs, with the crowd instantly joining in.

Susan Hammond of Bartonsville said that in the past she often took the train to New York City, either to catch a plane to Southeast Asia for her work with the War Legacies Project, or to visit friends.

“You can get work done on the train,” she said, and you don’t have the headache of city traffic or finding and paying for a place to park your car.

And upgrades to the tracks have meant the trip to New York was reduced from eight hours to 5 1/2 hours.

Charlie Hunter, a Bellows Falls artist whose subjects often include the historic Bellows Falls train station, said he came to the Bellows Falls station in 1972 as a 12-year-old, lobbying federal officials to chose the eastern Vermont corridor for the train that would become “The Montrealer,” which eventually became “The Vermonter.”

Hunter’s company “Roots on the Rails” organizes music vacation trips on the Amtrak system, and will use the rails to go to art shows and teach art classes later this summer in Chicago and West Bend, Ind.

“The trains are back!” he yelled.