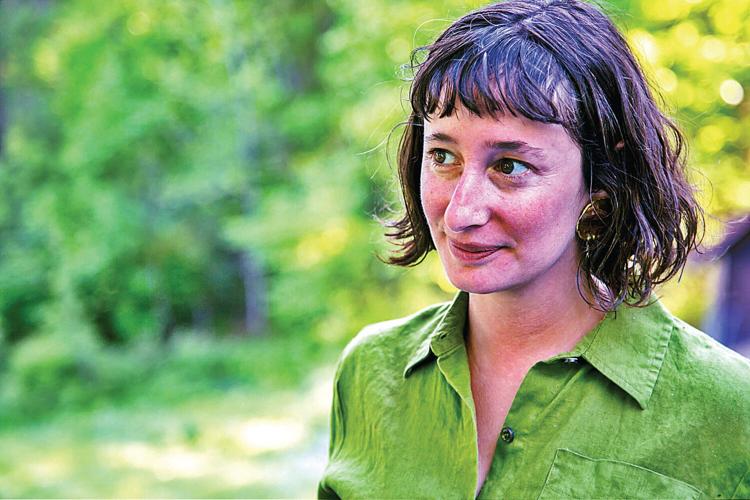 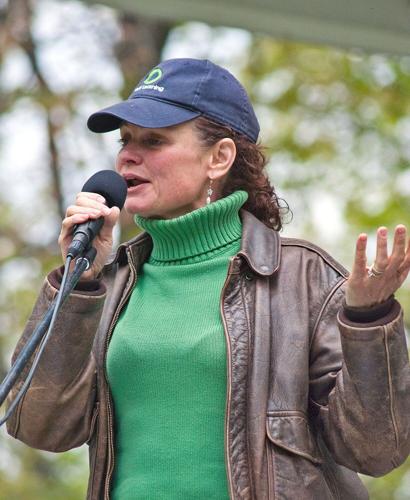 BRATTLEBORO — Since April, Emilie Kornheiser had been campaigning in hopes of securing the Democratic nomination for the Windham-2-1 state representative seat.

Since beating incumbent Valerie Stuart in Tuesday's primary election, she is going to take a breath before getting into the next journey of her political career.

"I'm going to relax, then I'm looking forward to campaigning on behalf of the whole Democratic ticket into November," she said referring to the general election. "We have a lot to do in this state to pass the bills we need to pass and have conversations that we need to have."

After going unchallenged during her eight years as state representative, Stuart lost in a 589-227 vote, according to unofficial results announced by Brattleboro Town Clerk Hilary Francis in the Municipal Center shortly after the polls closed Tuesday night.

Kornheiser told reporters she thought her campaign brought out a lot of people who don't normally vote in primary elections.

"That was old fashioned get out the vote," she said. "It was realizing that people want to feel connected, they want to be part of democracy and they need to be invited in. That's why I was knocking on every door. It was running a really solid social media campaign. It was having a lot of events in a lot of diverse neighborhoods with a lot of diverse invitations."

She said she had seen a lot of voters who did not know which of the three districts they reside in within Brattleboro. There were no Republicans vying for a nomination.

Kornheiser said her campaign focused on economic challenges, families, health care, housing, and child care. She encouraged voters to continue to stay involved when conversations about these things happen.

In an email written Wednesday to the Reformer, Stuart said, "Many thanks to everyone who supported me and my campaign to build a brighter economic future for Vermont and Vermonters. I had so many memorable moments and conversations out there on the campaign trail after the session ended late this past June.

"I am thankful for every interaction and for the thoughtfulness and community values that bind us as Vermonters," she wrote. "I got into politics eight years ago not because I wanted to be a politician,but because I wanted to help people. I am grateful for the groundbreaking work I was able to do during my four terms of service as a member of the House Education Committee during my first two terms and, then, as a member of the House Commerce and Economic Development Committee.

"I want to thank my darling husband, who I've shared this adventure we call life for the past 38 years, as well as my fabulous children, Ian and Lauren Stuart Mabie," Stuart wrote. "I also wish to express deep gratitude to my tireless Campaign Aide Marjorie Shriver and to the colleagues, friends and neighbors who supported me during this race."

"We want to express our sincere gratitude for your commitment and deep passion for public service as our State Representative," one message says. "For the past eight years, we have witnessed you advocate for gun safety, education, women's rights and families. We wish for you all the best in your next chapter."

One supporter called her "a tireless advocate."

Another note read, "Thank you for giving of both your time and talent. You are a great role model."

Stuart said her garden needs to be weeded and she plans to go mountain biking with her husband when he returns from work.

"Thank you one and all for a great run," she wrote. "Here's to building a better Vermont together for all Vermonters, one small or giant step at a time."